After spending an episode inside an imaginary box, David Haller (Dan Stevens) exits Legion inside a literal box — at least a box of sorts.

The season finale of the FX series, which owes its origins to Marvel’s X-Men comic books, ends with David and his Summerland allies finally purging the wicked Shadow King (Aubrey Plaza) from David’s body. But there’s little time for rejoicing, thanks to a post-credits scene, featuring David and his girlfriend Syd (Rachel Keller) quietly meditating on their recent victory. Just as the two lovers finally have a breath of fresh air, a drone flies in from out of nowhere and captures David, somehow trapping his entire body inside the incredibly small drone.

Talk about “out of the frying pan and into the fire,” which is exactly how series creator Noah Hawley describes the latest development for David, now in captivity, right after finally being truly free for the first time in his life.

“We want to keep the pressure on,” Hawley told The Hollywood Reporter during a conference call with press about the season finale. “If you keep the pressure on someone whose psychology has always been unstable, it’s going to keep him from being able to really [heal]. Really, what he should do is go on a retreat for a year and just be one with nature and eat three meals a day and take walks in the woods and learn how to be a person, the way other people are persons. But he’s not going to have that luxury, because he’s on to the next crisis. I think that’s going to continue to keep the pressure on him. That stress on someone who is disjointed can be very destructive.”

There’s a twist to the twist, in that it takes place midway into the closing credits. It’s perhaps an odd moment in the episode for such a massive development to take place, but it’s one that Hawley defends.

“In terms of putting it as a post-credits sequence, I think there’s a proud tradition of that on the Marvel features side,” he told THR. “It’s the beginning of another thought. I wanted to give people the end song and the feeling of watching the credits, to let them absorb the complete story they just watched. And then I wanted to tease them as to what chapter two is going to be.” 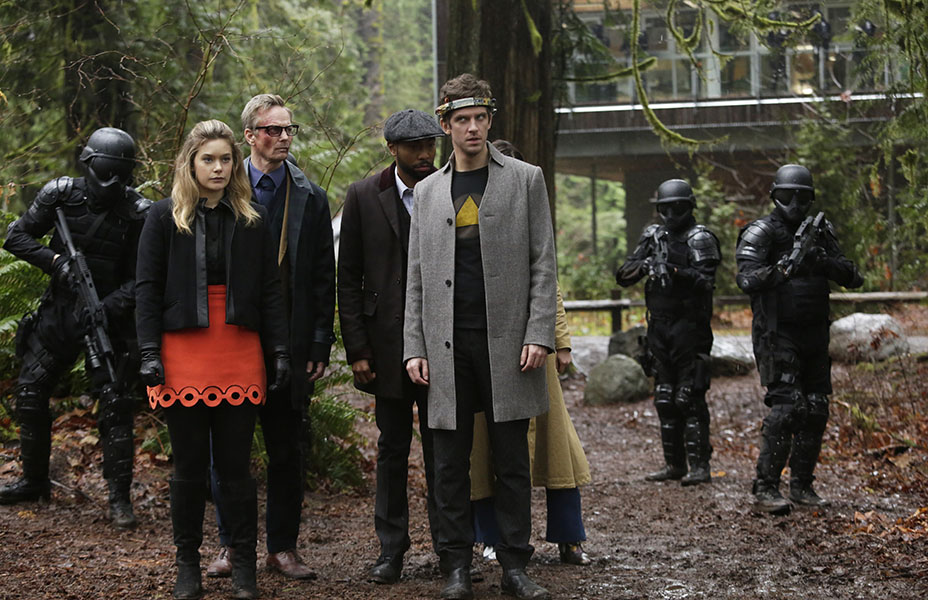 Speaking of chapter two — or season two, more accurately — fans won’t have to wait an excruciatingly long period of time for the next leg of David’s journey; if Hawley gets his way, the show will be back in one year’s time, with a goal of expanding to 10 episodes for season two.

“I think our goal is to hit the same air date next year,” he said. “All that means is a lot more work for me in the immediate future, as I finish up Fargo here. I have nobody to blame but myself!”

In a move that somewhat eases the workload on Hawley’s plate, Legion will move from Vancouver to Los Angeles in season two. “It’ll make my life easier, in terms of being able to be involved in the show more directly on a day-to-day basis,” he told THR. “There are those selfish practical concerns, certainly.” But there are creative concerns fueling the move as well, according to the creator.

“I think to the degree that the season started with this idea that every time you were oriented and you knew where you were, the show shifted, either from a psychiatric institution into an interrogation room into a swimming pool and out into a war zone in that first hour … I think there’s a degree to which the show needs to continue to evolve,” he said. “I’m excited to try to look at Southern California in a way we haven’t looked at it before, and to try to not ground it in our present-day reality, but to try to find a way to continue to tell stories both urban and rural, in the Astral Plane as it were, that continue to look like nothing else.”

While he’s keeping tight-lipped on what exactly season two entails, Hawley was at least willing to acknowledge one continuing character: the Shadow King, now free from David for the first time in decades, and currently living within Oliver Bird (Jemaine Clement), who recently returned to the corporeal world after years and years spent in the Astral Plane. Hawley describes the development as “the enemy within” now becoming “a literal enemy without,” expressing his excitement at the prospect of Clement and Plaza sharing screen time in the coming season.

“I had a big scene in episode seven with Bill Irwin and Jemaine Clement, because if you have Bill Irwin and Jemaine Clement [on the same show], you have to have a big scene with them. I think there’s something similar to Aubrey and Jemaine, which is the energy of those two characters,” he said. “Together, it creates such an exciting possibility in terms of storytelling. The energy of the show … I know from years of doing Fargo that just because something is comic to me doesn’t mean it’s meant to be comic on screen. The example I’ve always given is Anton Chigur’s (Javier Bardem) haircut [in No Country for Old Men], which is very funny, but there’s nothing funny about it in the movie; it’s just this very unsettling detail. I think there can be a similar dynamic with comedic personalities, which is taking them and you like them and they have a great energy, and then dark things happen, and it creates an entirely different experience of the story. Again, in an uncanny way, comedians aren’t supposed to be like that. They aren’t supposed to act like that. And when they do, it’s very unsettling, I think. I think it’s going to be really interesting to see what happens with them [in season two].” 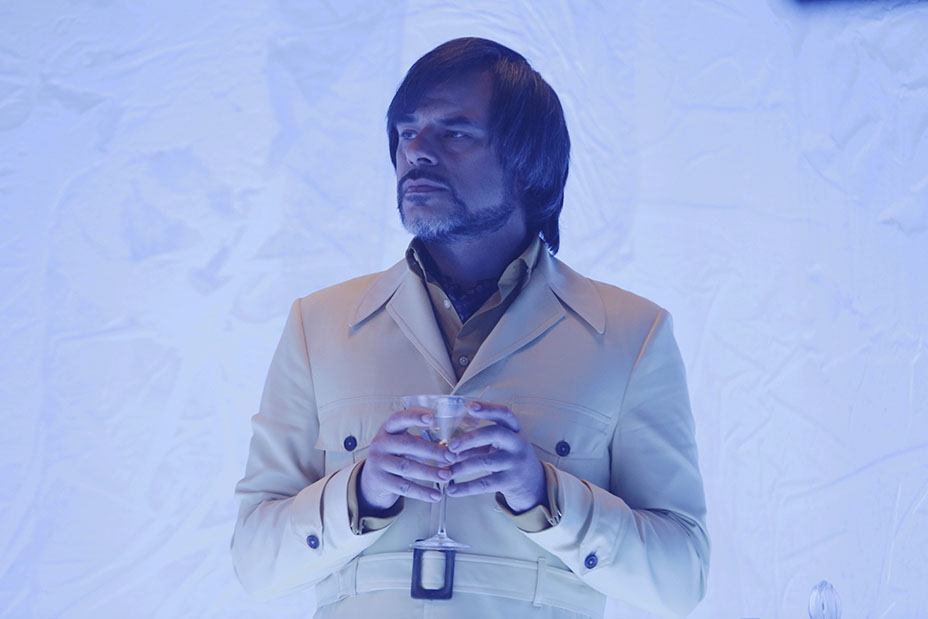 Hawley adds that the Shadow King existing within another character will provide some renewed tension for whenever the creature next encounters David Haller: “I like this idea of having to face our demons, and the idea that in the first season, that was an internal struggle for David, and now we’re taking something that has so much power over him psychologically and emotionally and making it an exterior agent. There’s going to be something very complicated about going to war with yourself, really, because as he says in that eighth hour, this thing has been with him since he was a baby. It’s like a phantom limb now. It’s part of him. That really complicates emotionally and morally and personally, this fight, which is always more interesting. We’ve now created a villain for David that is worthy of building a whole story around. The backstory of this thing, and their relationship and their history, is so nuanced and rich that it makes for a potential showdown that we’re very invested in as an audience, as opposed to doing a villain-of-the-year kind of approach. I don’t know how long that story will sustain, or the permutations of it. But I do think it’s a very fascinating set-up to follow.”

Speaking of fascinating set-ups, what’s next in the saga of David’s father — a man who comic book readers already know as Charles Xavier, founder of the X-Men? According to Hawley, David’s quest to find his parents will continue, though there are some “corporate” conversations that need to happen first before Professor X makes it onto Legion.

“Any person who learns that they were adopted is going to have those questions and want to seek out those birth parents. I think that’s a very natural story,” said Hawley. “Certainly where we left David at the end of the first year, that can’t be his first priority, but in terms of coming to understand who he is and what his purpose is on this world? I think that that’s definitely something we’re going to approach. And then it’s a creative conversation, but also a sort of corporate conversation on some level, in terms of the movie studio and their relationship to the X-Men and the characters they want in the movies and want to protect potentially. Were we to want to have Professor X on the show, or even Patrick Stewart on the show, or even James McAvoy, or one of the actors — it’s a conversation both with the actor and with the studio. I don’t know. I haven’t really dived into that quandary yet. But I certainly need to start thinking about it.”

What’s your take on the Legion finale? Let us know in the comments below, and keep checking THR.com/Legion for interviews, news and more.