FX rolled out the blue carpet Monday for the season-two premiere of Legion.

The Marvel drama from Noah Hawley returns for its sophomore season Tuesday with psychic-powered mutant David Haller (Dan Stevens) reuniting with his friends from Summerland, who have now joined with the previously villainous Division Three in order to hunt the Shadow King.

Navid Negahban joins the series as the season’s embodiment of the Shadow King, who lived inside David’s mind since he was a boy. The show’s newest addition was among those who attended Monday’s packed premiere at the Directors Guild of America.

“The writers gave a map to help discover this rich character and his historic background,” the actor told The Hollywood Reporter. “He has a playful way about him, and he always gets what he wants.”

Stevens crashed THR’s interview with Negahban, and the two reminisced about their time together on set. “When I came to set, I was like a lost puppy. Dan and Aubrey [Plaza] really helped me to understand season one and the space we were in,” said Negahban. “Dan even worked with me on my French, because I have to speak it in a scene and he’s much more fluent that I could ever be.” 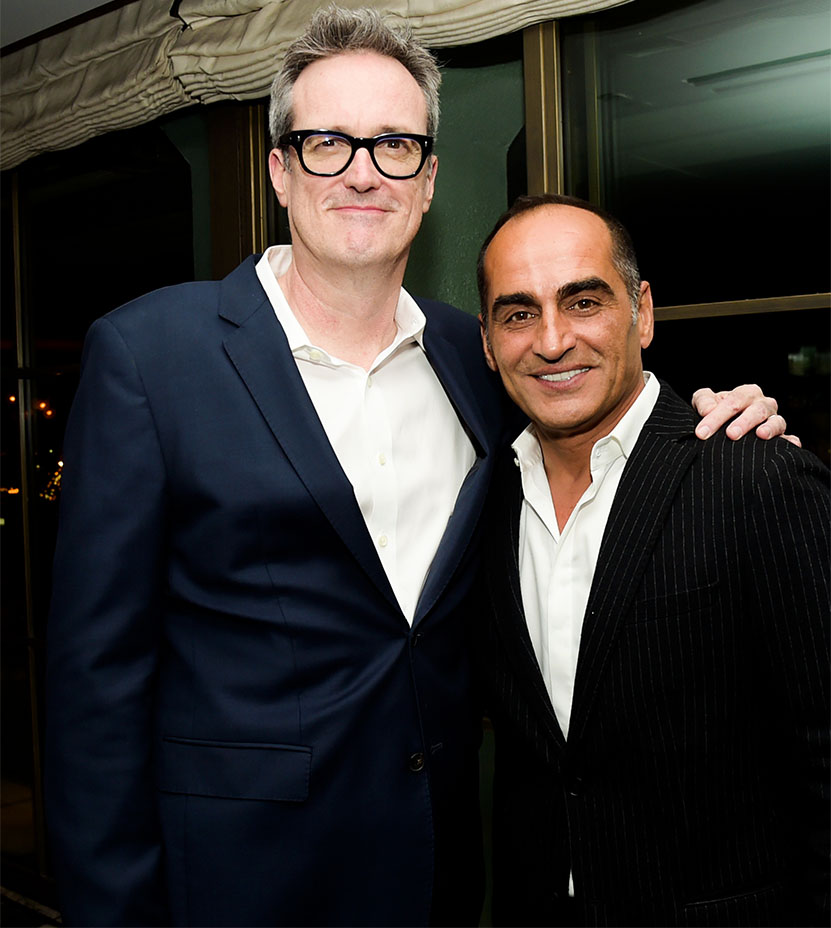 Stevens echoed Negahban’s compliments with his own. “People will be surprised as to how the relationship between David and the Shadow King has evolved,” he noted.

When asked about the tone of their scenes, Stevens chose his words carefully. “The Shadow King has occupied David for a very long time, so they have a very intimate relationship,” the actor said. “They’re supposedly enemies … a lot of this season is figuring out that relationship.”

Hawley created Legion and serves as writer and producer on both the X-Men-inspired drama as well as the FX anthology Fargo. With Legion, he faced the challenge of writing a true second season.

“Despite doing three years of Fargo, I’d never made a second season of anything. I didn’t really know how to do it, if I’m being honest,” said Hawley. “I definitely felt like I needed to reinvent the show. If the first year was about going from confusion to clarity, I didn’t want to live in clarity. We created new mysteries for both the character of David and the world that he inhabits.”

Plaza, who plays David’s friend Lenny, felt the reinvention from day one. “Everything was different this time. The set felt different, what Noah did with the scripts,” the actress said. “He peeled back a lot of layers and showed Lenny’s more vulnerable side. We figure out who she was before she was killed and hijacked by the Shadow King.” 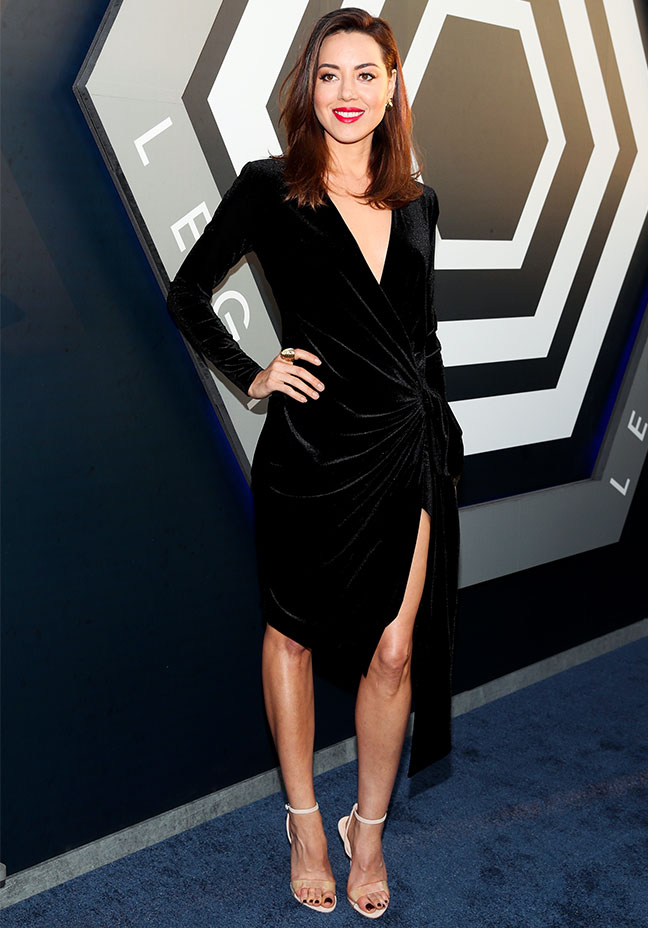 It turns out that Hawley has a soft spot for the Shadow King, despite his villainous nature. “For better or worse, I’m interested in finding empathy with every character,” he said. “If only for the fact that it makes the stories more complicated. You can’t just have the ‘white hat vs. black hat’ dynamic. In the mythology, the Shadow King was kicked out of his body by Charles Xavier, which makes him a refugee in a weird way. Just because he’s been haunting David, it doesn’t mean that he’s a monster.”

Asked if there were any corporate issues preventing Logan star Patrick Stewart from appearing as Xavier on the show, Hawley said he was hopeful such an appearance would work out so that David could meet his father.

“It’s not a rights issue or a legal issue, it’s more about corporate synergy,” said Hawley. “There are a lot of people with opinions and strategies for franchise development. But I think we’ll be victorious in the end because our hearts are pure.”

Hawley was also open to other versions of Xavier besides Stewart’s. “We move around a lot in time with the show. I haven’t really settled on which version we’ll see,” he said.

Legion producer Lauren Shuler Donner has a longstanding history with both Stewart and the X-Men film franchise as a producer of all of the films. She was responsible for convincing the actor to portray psychic mutant Charles Xavier in 2000’s X-Men film.

“Patrick was the key to getting the franchise off the ground. Once [X-Men director] Bryan [Singer] and I convinced him to sign on, we got Ian McKellen,” said Donner, referencing Stewart’s best friend coming aboard as Magneto.

The idea of a cameo was first floated last year when Stevens and Stewart appeared on CBS’ The Late Late Show With James Corden. Stevens said he continues to lobby Stewart to make it so.

“I’m always putting words in Patrick’s ear to come on the show. I think it would be great if David met his true father,” Stevens told THR.