Kevin Hart’s original YouTube series centering on health and fitness, What the Fit, features a slew of Hollywood guest stars joining the comedian for a series of outlandish workouts. It debuted earlier this month. In recent episodes, Hart welcomed Saturday Night Live alum Bill Hader and current castmember Leslie Jones as they each followed the comedian’s lead and endured out-of-the-ordinary forms of exercise.

For his guest spot, Hader joined Hart at his residence, where he was surprised to learn that they would not be hitting the gym or taking their workouts outside. Instead, Hart informed him that they were not going to have a “regular workout” but test the varied exercise equipment he ordered from infomercials. “You see this stuff and you’re like, ‘I gotta get it,'” Hart told Hader, as a perplexed Hader observed him opening the packages.

Hader and Hart then tested equipment such as Facial Fitness, a core machine that Hart referred to as “ab thing,” “rodeo core” and the “Hawaii Chair,” where users can Hula-Hoop while seated. “The lady that was in it, she was eating a cupcake and Hula-Jooping at the same time. And I was like, ‘Sometimes I don’t feel like exercising,’ but this chair makes you,” Hart explained to a laughing Hader. 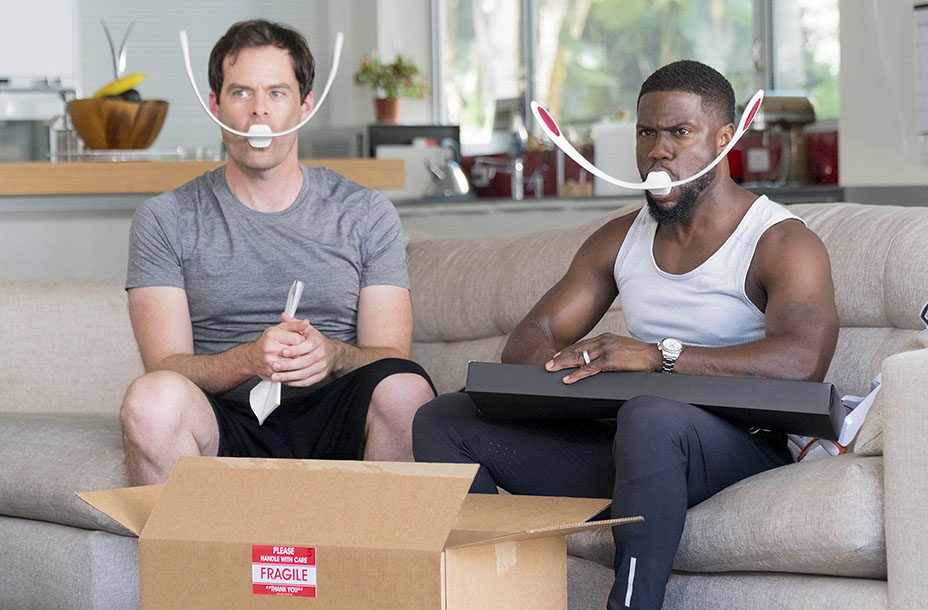 Meanwhile, during his turn with the equipment, Hader struggled to accurately use the machines without getting stuck or falling. While on the Hawaii Chair, Hader found himself in an uncompromising position, asking Hart whether they could “turn the cameras off.”

Jones, on the other hand, was ready to embark on her new fitness journey of recreational rodeo after realizing that, at 50 years old, she is now “two 20s and a 10.” Jones joked, “I am half of 100.” Excited to get “cowboy thighs,” the two went to the ranch to become the “cow people” they never knew they were destined to be.

After dressing the horses with the proper gear, Jones and Hart faced the difficult task of roping a mock cow, comically struggling to succeed as they both ran after the moving figure. “If anybody know anything about old K. Hart, it’s that I don’t lose,” the comedian said after failing to achieve the roping skills. After losing again, Hart proceeded to have a tantrum, kicking his cowboy rope with his just purchased cowboy boots. 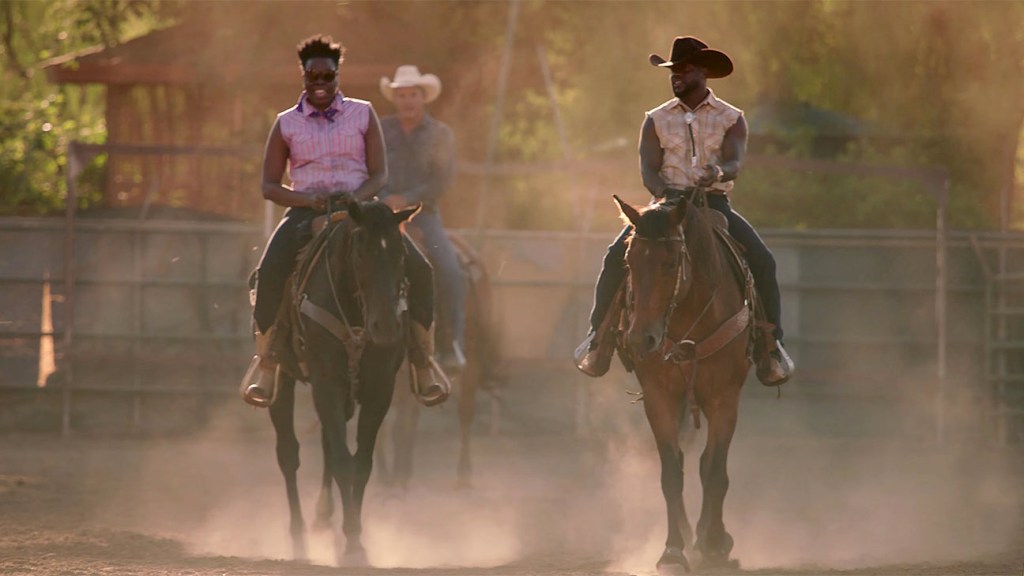 “Don’t kick the rope! The rope ain’t did nothing to you. … It is your fault,” Jones said, while laughing at Hart’s frustration.

The pair then were introduced to the “best core workout” they’ve experienced, having to hold on to a fake bull attached to a moving tractor, “I tell you what I know how to do: let go of something that ain’t right,” Hart quipped.

Though Jones chose to ride in the tractor instead, Hart held on to the moving bull, later shouting, “I made that bull my bitch.”

In recent episodes, Hart has roller-skated with Tiffany Haddish, visited Muscle Beach with James Corden, performed goat yoga with Khloe Kardashian and tried his hand at sumo wrestling with Conan O’Brien. New episodes of What the Fit premiere weekly on Kevin Hart’s Laugh Out Loud channel on YouTube.