After Lethal Weapon was officially renewed for a third season without Clayne Crawford, star Damon Wayans is addressing issues with his recently fired co-star.

Wayans shared a graphic video from an incident on the set during an episode directed by Crawford. In it, Wayans, who plays Murtaugh on the Fox procedural, can be seen getting struck in the back of his head by shrapnel. The brief clip was shared with a message to Lethal Weapon viewers who have taken issue with Crawford’s firing after an alleged string of instances of bad behavior on set. A subsequent tweet shared by Wayans — who turned his Twitter account private after the outcry, and briefly made it public again before deleting it entirely on Tuesday morning — features a bloody cut on the opposite side of his head, seemingly questioning his on-set safety during the episode directed by Crawford. 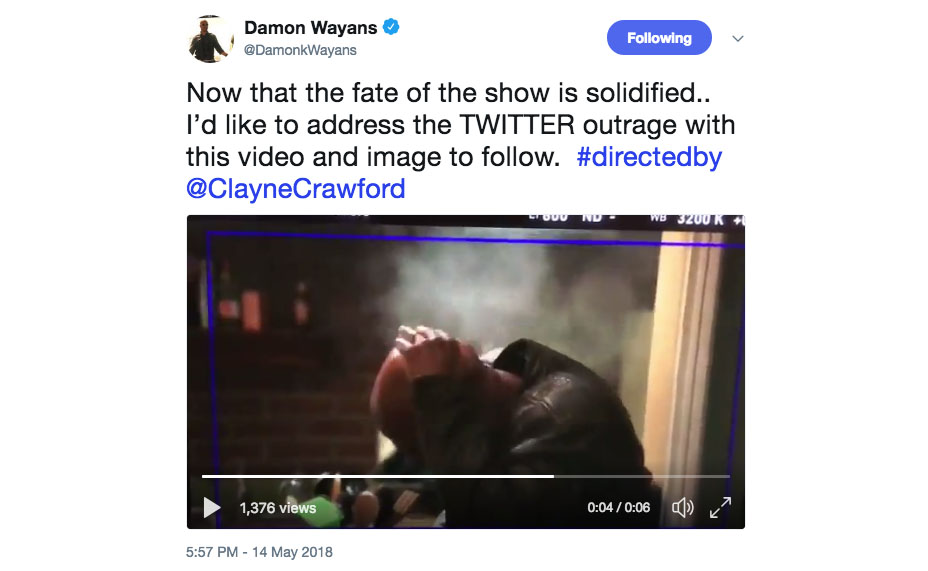 A third tweet implies a potential reason for how the multiple injuries occurred, with Wayans tagging Crawford and using the hashtag #NoApology. 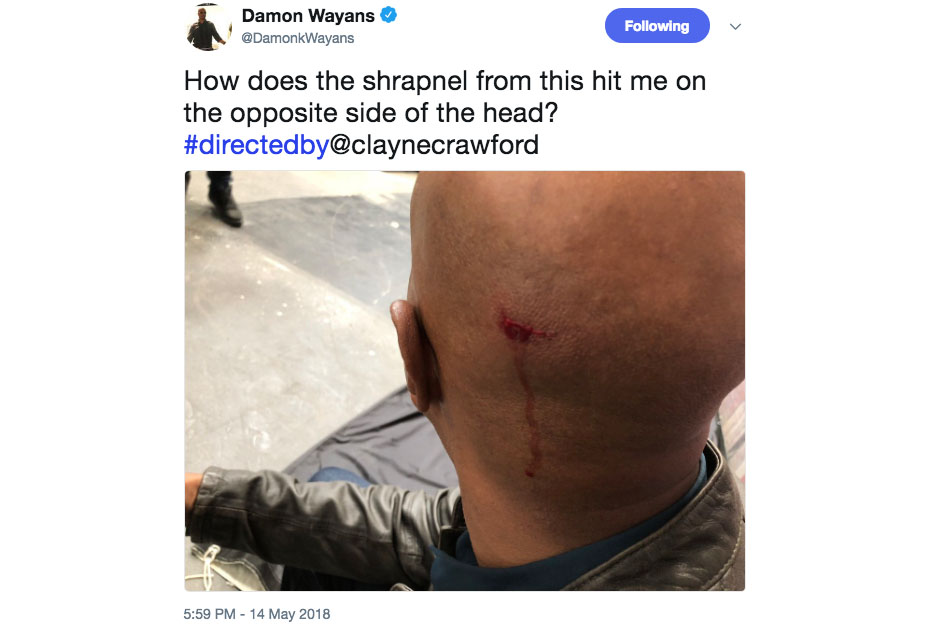 Wayans continued to share details of Crawford’s alleged reputation on set, posting an image of a sticker affixed to a post featuring an illustration of his former co-star and the caption “Clayne Crawford is an emotional terrorist.” Wayans additionally claimed Crawford punched someone in the mouth with a bottle, and that he had put up with the actor’s behavior for two seasons and maintained a file of “infractions.” 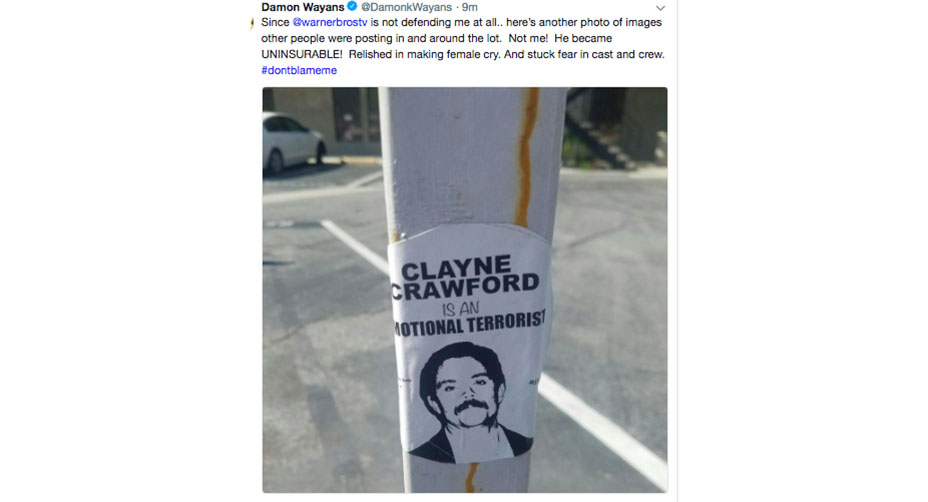 Fox on Sunday renewed Lethal Weapon for a third season, with Seann William Scott (American Pie) filling the void created by Crawford’s dismissal and joining the drama in a new role opposite Wayans. (Sources tell The Hollywood Reporter that Scott will play the brother to Crawford’s Martin Riggs, thus keeping the Murtaugh-Riggs names from the film franchise alive.)

The news comes days after Crawford was fired from the Fox series allegedly due to bad behavior on set. The actor recently apologized for two incidents for which he was reprimanded during the sophomore season. Warner Bros. on Sunday confirmed Crawford will not return to the drama with a statement: “Warner Bros. Television has decided not to renew Clayne Crawford’s contract for Lethal Weapon.”

In his apology, Crawford offered his version of two incidents that ultimately led to his firing. He said the first incident happened when he became angry with what he deemed unsafe working conditions on the set. After the outburst, the actor said he met with human resources, apologized for his role in the conflict and completed studio-appointed therapy, while also sharing a “sizable portion” of his paycheck with one of the parties involved — at Warners‘ request. The second incident occurred during an episode Crawford was directing when another actor on set felt unsafe after being hit by a piece of shrapnel from an effect (presumably, in this instances, he was referring to Wayans).

“I absolutely love, respect and care for my crew and cast, and would never intentionally jeopardize so many jobs,” Crawford wrote. “I am incredibly sorry if my passion for doing good work has ever made anyone feel less than comfortable on our set, or feel less than celebrated for their efforts. Furthermore, I apologize to all the crew and cast for any negative attention Lethal Weapon is receiving because of these incidents.”

Crawford’s behavior had left Lethal Weapon — one of Fox’s better-performing dramas — on the bubble as many connected with the series (including Wayans, sources note) had said they would rather not work with the actor. Producers were left scrambling to find a replacement for Crawford in the two-hander, with multiple stars passing on offers to join the Fox show until Scott engaged.

Sources tell THR that Warners opted to fire Crawford after he was disciplined each time for his poor behavior. Despite the studio’s repeated reprimands, the actor did nothing to change his behavior, so Warners chose to fire him and would not even consider the show moving forward with him attached. Instead, the Peter Roth-run studio aggressively pursued a number of actors to step in rather than take a large financial blow by ending it prematurely.

Crawford took to social media on Sunday to address his dismissal from the drama after Warners confirmed he would not be returning. “To my cast and crew — CONGRATULATIONS on season 3! To the Fans — Thank you for the overwhelming support and love. Riggs was a dream role and the experience will live with me forever. My heart is full. Good Luck nxt season!!” the actor wrote on Instagram hours after Fox and Warners confirmed he would not be returning. (See his post, which accompanies a somber photo, below.)

To my cast and crew – CONGRATULATIONS on season 3! To the Fans – Thank you for the overwhelming support and love. Riggs was a dream role and the experience will live with me forever. My heart is full. Good Luck nxt season!!

May 14, 11:27 p.m. Updated to include video after Wayans‘ turned his Twitter feed public again.