The creative team behind Boom! Studios’ The Magicians: Alice’s Story graphic novel is returning to Brakebills for an all-new comic book series that expands on the magic and mythology of Lev Grossman’s series of original novels.

The five-issue series — to be titled, simply, The Magicians — will see Grossman, Lilah Sturges and Pius Bak introduce the next generation of students at Brakebills University for Magical Pedagogy, the primary school for magicians in the U.S. as featured in Grossman’s The Magicians, The Magician King and The Magician’s Land novels, as well as the Syfy television adaptation of the property.

Alex Law, Hong Kong Writer, Director of 'Echoes of the Rainbow', Dies at 69

“The Magicians universe is deep and rich and there are so many places and stories that the books just never got to,” Grossman said in a statement about the new series. “Lilah and Pius are going to take us there — with me kibitzing over their shoulders — and it’s going to be incredible.”

“There are so many things to say in this world that Lev has created, so many potential stories just waiting to be told,” added Sturges. “Setting [the new series] at Brakebills gives us the chance to tell all new stories in a familiar setting, with a mixture of existing and new characters, and give readers something that feels very fresh while being unmistakably The Magicians.”

Boom! Studios acquired the comic book license to the popular Magicians franchise last year, launching with the graphic novel The Magicians: Alice’s Story — a story in part retelling the events of Grossman’s novels from a different perspective — in July.

The first issue of the new series will feature a cover by Qistina Khalidah, with the first in a series of variant covers themed around the tarot by illustrator Alexa Sharpe. The Magicians No. 1 will be available Nov. 6 digitally and in comic book stores, published through Boom! Studios’ Archaia imprint. 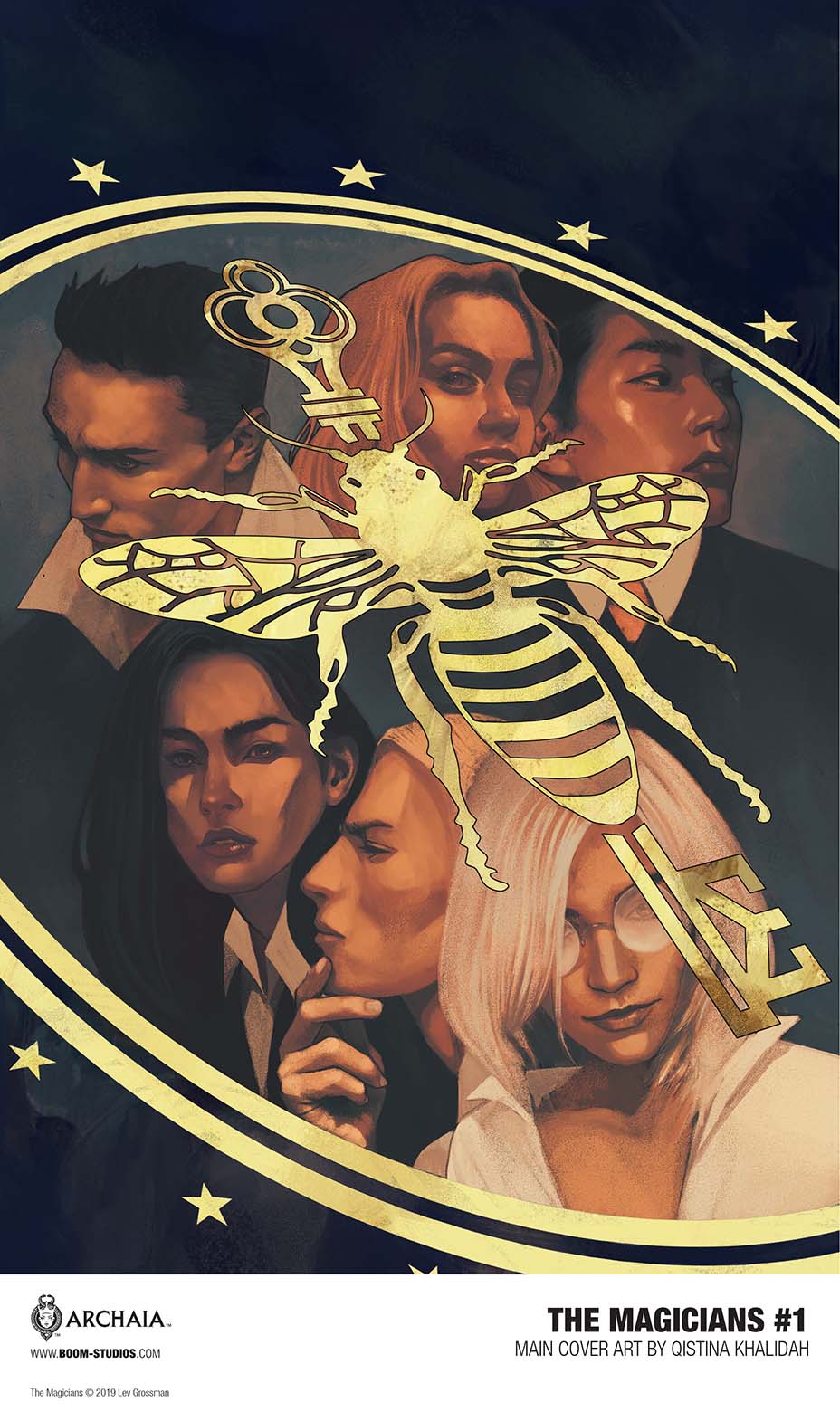 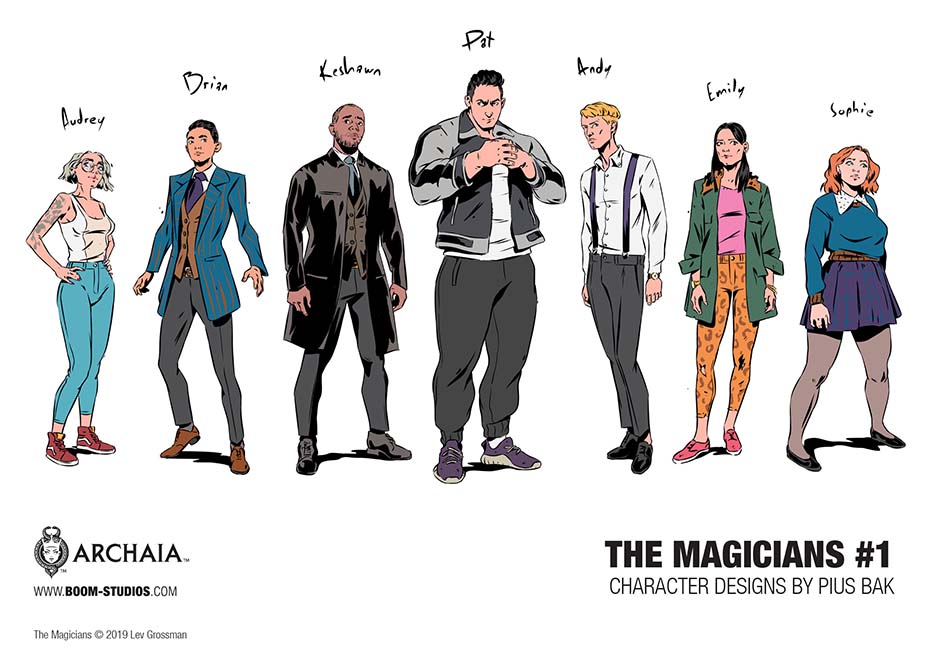 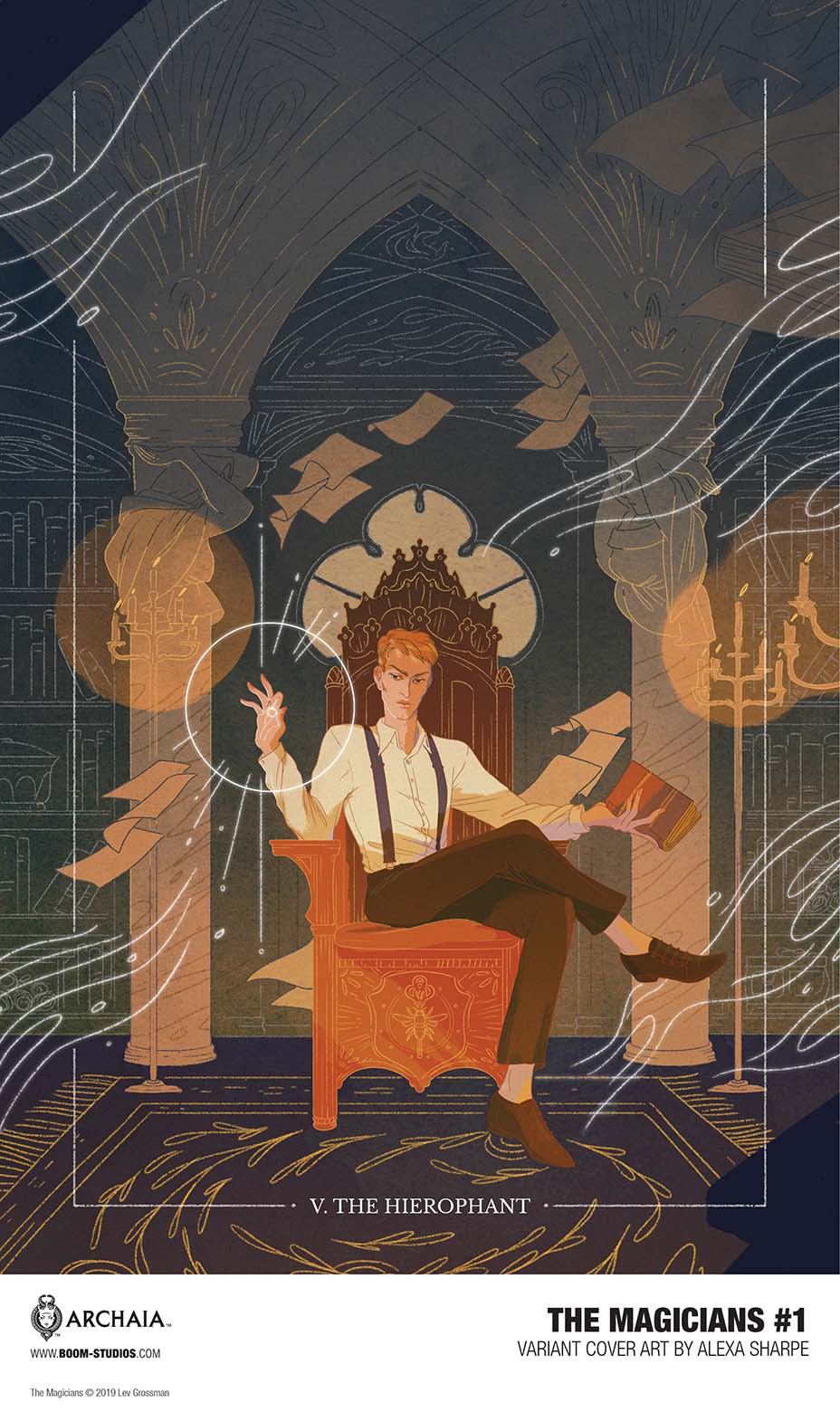