When handsome bookstore manager Joe (Penn Badgley) meets aspiring writer/grad student Beck (Elizabeth Lail) in the premiere of Lifetime’s You, there are definite sparks between the two. Joe is charming and immediately infatuated, though Beck isn’t necessarily as taken with him.

Ultimately, that instinct is correct, though the audience will learn that far sooner than Beck, if ever — Joe quickly becomes obsessed with and stalks the object of his affection. This is not a rom-com, it’s a thriller.

The first thing he tells The Hollywood Reporter is that Joe is in the wrong, full stop.

“He’s just wrong. The conclusions that he comes to are wrong. The things that he does are wrong,” Badgley said. “However right he may seem to be along the way I think is the interesting question we’re all playing with as we watch it, and it’s the one that I’m really interested to hear the response. The conclusions he reaches are just wildly inhuman, ultimately, but then I think we relate to him along the way. So then it really does become this question for ourselves — at what point do we identify with him, and then where do we draw the line?”

That was exactly the feeling showrunner Sera Gamble had when she read the Caroline Kepnes novel on which the series is based.

“Culturally, we’re completely primed to see Joe Goldberg as a hero in the vein of some of the greats,” she said. “I’m thinking, like, the Catcher in the Rye kind of guys who hold themselves a little bit away from the eager masses but have profound thoughts about them. And it took me a little while when I was first reading the book to realize that I was taking his word for a lot of things and that he was not as reliable a narrator as I had made him.” 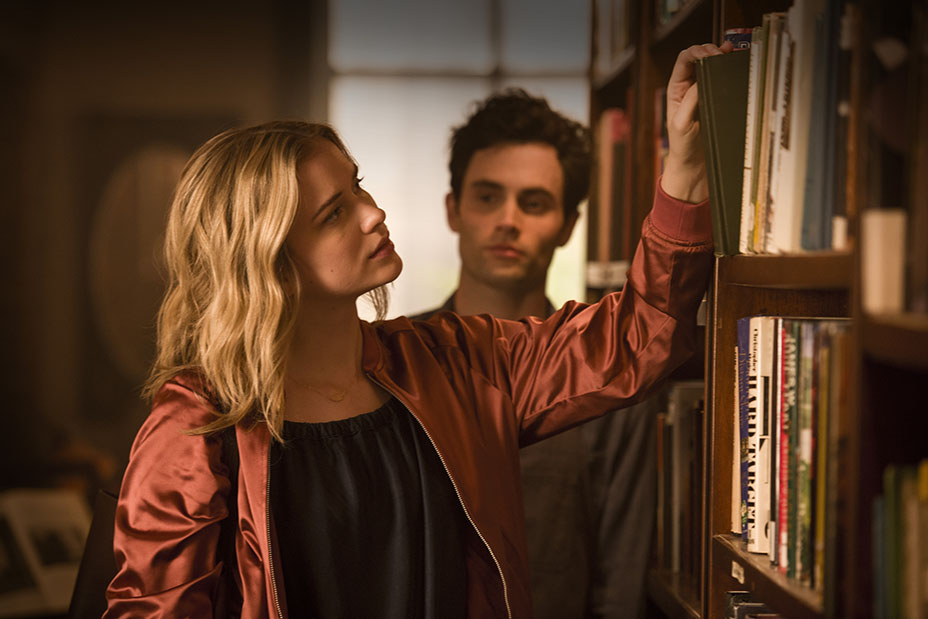 The series accentuates Joe’s thoughts via his voiceover — which also serves to highlight a sense of male entitlement that permeates not just pop culture, but today’s culture in general. A scene plays out with Beck, and Joe’s voiceover shows exactly how he interprets her actions.

“In the novel you’re in Joe’s head the whole time, and our concept for the show was that you would start entirely in Joe’s point of view, and your first brush with Beck would be his perspective on her,” said Gamble. “But it was important to us as time went on not to waste too much time before we started to compare and contrast his views, his opinions, his best Sherlock Holmes about who Beck is and why with some more truth and some more facts. And sometimes he’s astute and he’s absolutely correct in this way that really shakes her deeply, because it’s so intimate and because she feels so seen. And then there are other times when he assumes things or ascribes things to her that just don’t line up with reality.”

But Joe assumes his take is entirely correct, partially, said Gamble, because “we’re a culture that is very, very focused on how we treat our male heroes. We’re focused on their story, their triumph, their downfall, their redemption arc. And the story that people are interested in this morning [this interview took place the day after Louis C.K. returned to the stage] is the story of this particular man who has had this particular set of circumstances in his career and personal life, and there’s not as much conversation that I’m hearing about the women that were in that story to begin with. So I doubt the show will singlehandedly change the way we think about dudes and our culture, but I’m happy to be part of the conversation.”

While You seems to be perfectly tailored for the #MeToo era, the series has been in the works since well before the Harvey Weinstein scandal pushed the movement to the forefront in Hollywood. The only thing that changed after the New Yorker and New York Times exposés? A new joke in the premiere.

“If you look carefully, there’s a Harvey Weinstein joke in the pilot,” Gamble said. “That happened because calling somebody a Harvey became a thing as we were in post on the pilot, and we were able to insert that reference because it was a text message. But all it did was heighten and sharpen the conversation we were already having. Harvey Weinstein did not invent the abuse of women by men in power. The story, for example, of Beck being pressured and hit on by her thesis adviser at school — that’s just common knowledge that if you talk to a room full of women who have been through the higher education system, you’re going to find somebody who was put in that position. The current climate that we’re all watching and participating in didn’t invent any of the story. This stuff has been going on since long before any of us were born.” 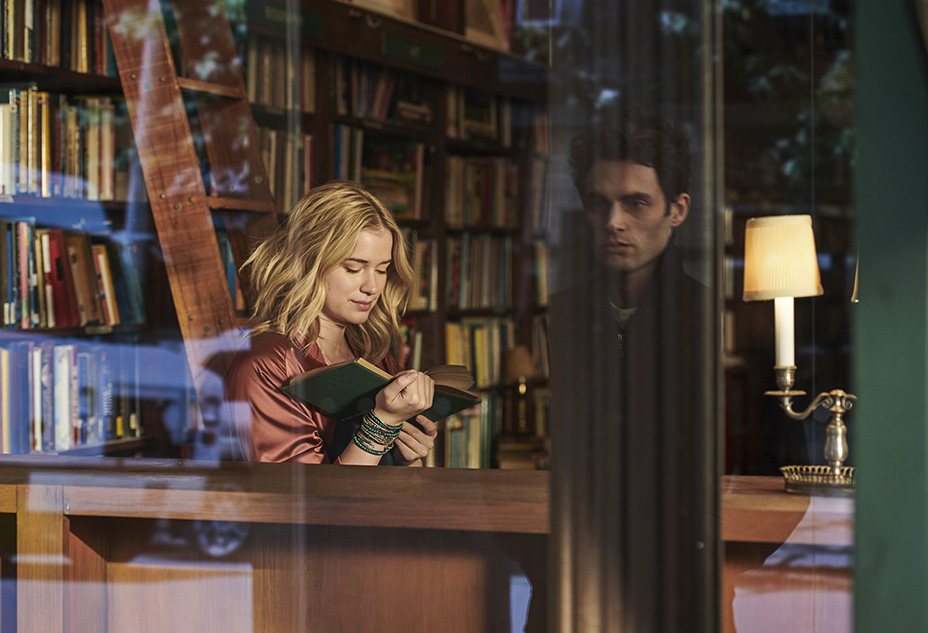 Lail points to Beck’s interaction with her professor as a way the culture is changing — abuses of power have been going on forever, but it’s something more and more people are speaking out about. The reaction is entirely different than it would have been five, 10 or 20 years ago.

“I was having those conversations with my friends and within the workplace already. That was already something that was at the forefront of my mind,” said Lail.

That Joe is a sympathetic figure based on his looks and charm alone is something she wanted to make sure did not prevent the series from glossing over: “As the viewer, you can’t deny that this is wrong, even though you’re attracted to it. Why are we attracted to men who treat us poorly? That’s a part of the human condition. I think that I was nervous, but I’m finding that it’s adding value to the conversation. What’s even more important is that in our crew and in our workplace and in my life, I just tried to stay in my integrity and speak up more and create a safe space for those who are in my life, because it starts at a local level.”

Penn Badgley to Star in Greg Berlanti Lifetime Thriller 'You'

Badgley told THR that he hopes the series will start a dialogue about all the issues it touches upon, not only between viewers but between the creators and viewers as well.

“To me, I think this is the age where me, the other castmembers, the creators of the show, everybody involved should anticipate this to be a reciprocal process with the viewership and with the response,” he said. “I don’t think anybody who makes something should say with utter authority, ‘I know what this is and I controlled it along the way.’ That’s not the way anything works. So, to me it’s like, what do people expect? I think they expect a TV show. Then what do they get beyond that? I hope quite a bit more. I hope it has something to give us to chew on and then it is really fun. I know it is. It’s a show that’s highly consumable.”