FX is going big for its next limited series.

Based on Sam Wasson’s Fosse biography, the project tells the story of the romantic and creative partnership between Bob Fosse (Rockwell) and Gwen Verdon (Williams). He was a filmmaker and one of theater’s most influential choreographers and directors; she was the greatest Broadway dancer of all time. Together, they changed the face of American entertainment — at a perilous cost. The series will feature Fosse’s choreography and explore the hidden corners of showbiz, the price of pursuing greatness and the suffering inflicted in the name of art.

Steven Levenson (Dear Evan Hansen) will serve as showrunner and penned the pilot episode, which will be directed by Hamilton‘s Thomas Kail. Kail, Levenson, Miranda, Rockwell, Williams and George Stelzner will executive produce the series, which is a co-production between Fox 21 Television Studios and FX Productions. Actress, dancer and producer Nicole Fosse, the daughter of Fosse and Verdon, will serve as co-exec producer and will oversee for The Verdon Fosse Legacy. Andy Blankenbuehler will co-produce. Production is set to begin this fall for a 2019 debut.

“My mother and father have one of the greatest love stories ever known,” Nicole Fosse said Tuesday in a statement. “They were extremely complex people with an indestructible bond, loyalty and trust that endured both fantasy and reality. Finally, we have a creative team with the talent and wisdom to tell the story.”

The project comes as FX has been a dominant player in the limited series category, where the John Landgraf-led cable network has earned 204 nominations and 34 wins for series including American Horror Story, Fargo, American Crime Story and Feud.

“We are over the moon about this dream team we’ve assembled for this incredible series,” said FX original programming president Nick Grad. “Tommy, Steven and Lin are the perfect team to tell the story of Bob Fosse and Gwen Verdon, and we’re so thrilled to have Sam and Michelle playing these iconic roles.”

For Fox 21, Fosse/Verdon is part of a larger push for cable and streaming as part of the Bert Salke-led studio. “Bob Fosse and Gwen Verdon’s story is one of a fascinating, passionate love affair that gave birth to some truly remarkable cultural achievements, and to this day it has been largely untold,” he said. “In the capable hands of Steven, Tommy and Lin, with the vital creative input and imprimatur of their only daughter Nicole, this series is going to be a compelling look at these two icons as portrayed by the enormously talented Sam Rockwell and Michelle Williams. We’re very excited.” 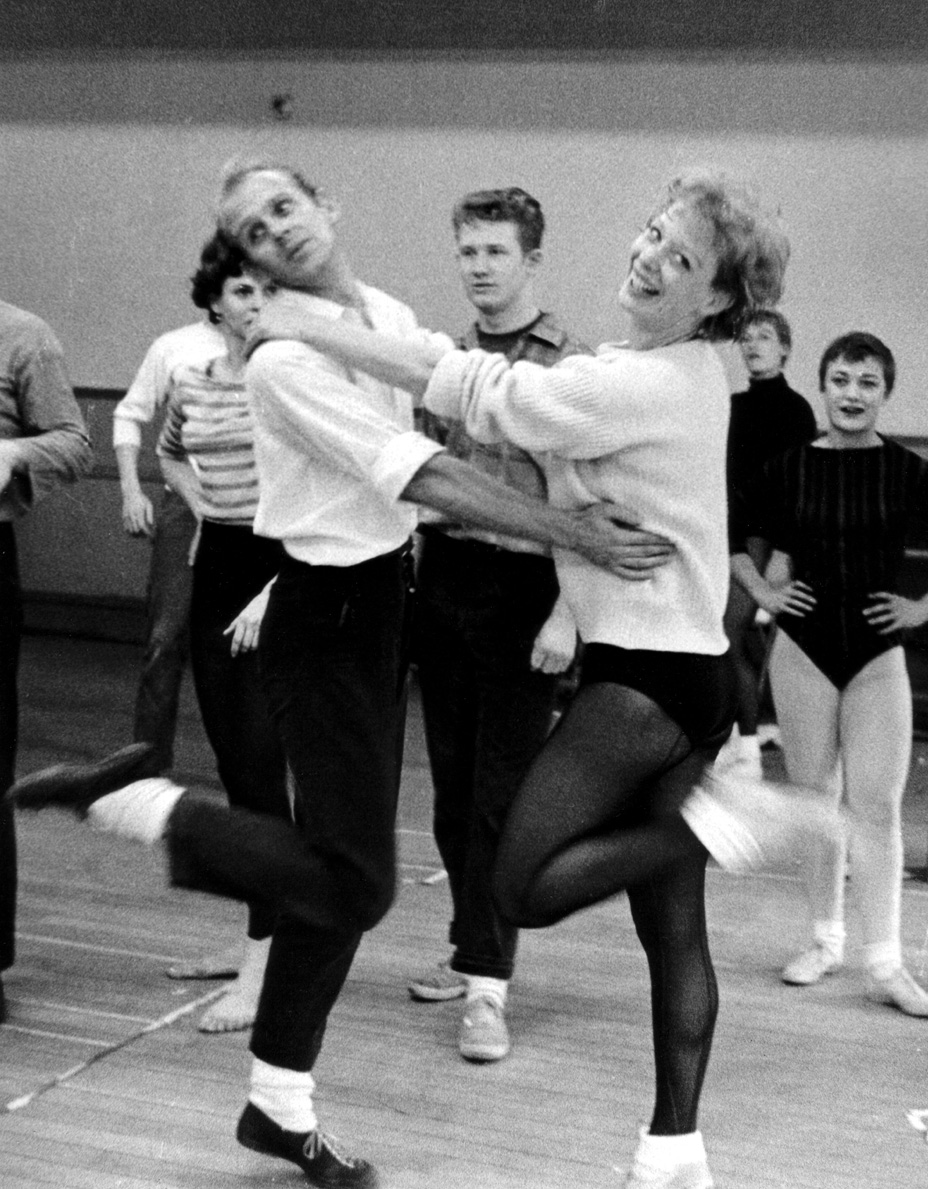 Fosse/Verdon reunites Kail with Miranda following their collaborations on Hamilton and In the Heights. Said Kail, Levenson and Miranda in a joint statement: “Bob Fosse ignited a revolution in American dance, theater and film. But, in contrast to the well-worn myth of the visionary artist working in solitude, Fosse’s work would not have been possible without Gwen Verdon, the woman who helped to mold his style — and make him a star. We are honored to work with the incredible team at FX and Fox 21, and these two extraordinary actors, to tell the story of this remarkable couple, and the complicated, fascinating relationship between them.”

Rockwell is fresh off his awards-season sweep for his performance in Three Billboards Outside Ebbing, Missouri, where he won the Oscar, SAG Award, Golden Globe, BAFTA Award and more. This is his first live-action series regular role. (Rockwell is among the voice cast of the Netflix animated series F Is for Family.) Repped by Gersh and Untitled, his credits also include the upcoming Backseat and The Best of Enemies after wrapping production on Jojo Rabbit.

Fosse/Verdon marks Williams’ first series regular role since she launched her acting career on Dawson’s Creek. She earned Oscar nominations for roles in Brokeback Mountain, Blue Valentine, My Week With Marilyn and Manchester by the Sea. She is currently in production on After the Wedding and has the Spider-Man offshoot Venom due in October. Williams is with WME, Brillstein Entertainment and Bloom Hergott.

Levenson, meanwhile, earned a Tony for best book of a musical for Dear Evan Hansen. His TV credits include Showtime’s Masters of Sex and Fox’s Wayward Pines. He is repped by WME.

Miranda, who has earned a Pulitzer, Grammy, Emmy and Tony for creating and starring in Hamilton, recently earned an Emmy nom for his guest role on HBO’s Curb Your Enthusiasm. He is currently developing The Kingkiller Chronicle for Showtime; the project is poised to feature music composed by Miranda. Repped by WME, Miranda recently signed on to make his directorial debut in Jonathan Larson’s Tick, Tick … Boom!

Fosse/Verdon joins a roster of FX programming including Pose, Taboo, Legion, Snowfall, Trust, Mayans MC, Mr Inbetween, American Horror Story, Fargo, American Crime Story, Feud, Atlanta, Baskets, Better Things and What We Do in the Shadows. The limited series marks a huge get for the network, which finds itself without a new series from its top producer — Murphy — for the first time in years.

Verdon, who passed away in 2000, was a four-time Tony Award winner whose credits included Damn Yankees, New Girl in Town, Redhead and Can-Can. Fosse, who died in 1987, won eight Tonys for choreography and one for direction for his work on Damn Yankees, Bells Are Ringing, New Girl in Town, Redhead and Sweet Charity, among others. He was a four-time Oscar nominee and won for directing Cabaret.