When Liz Tigelaar first read Little Fires Everywhere, she knew the book would lend itself perfectly to a limited series. The former Casual showrunner and executive producer is no stranger to adapting existing IP for television — her work on Bates Motel, The Astronaut Wives Club and Once Upon a Time are only a few examples — so its adaptability for the screen is something she recognized immediately.

“I don’t mean to say it was easy, because it wasn’t easy at all. It was incredibly challenging,” Tigelaar told The Hollywood Reporter of the series she created based on Celeste Ng’s best-seller. “But I’ve adapted a fair number of books, and I would say this was probably the most adaptable book. It just really lent itself to it.”

The Hulu series stars Reese Witherspoon and Kerry Washington as Elena Richardson and Mia Warren, two very different women raising their children in 1990s suburban Ohio, and also boasts the actors as executive producers. It tackles big social issues like racism, white fragility and economic disparity, and one of the most complicated topics of all: motherhood, and all the different ways in which it can differ.

The sixth episode flashes back to pivotal moments in the ’80s for the younger versions of Witherspoon and Washington’s characters (played by AnnaSophia Robb and Tiffany Boone), fleshing out some details that were sketched out very basically in the book. Tigelaar spoke to THR about the biggest differences between the source material and the series, why it was important to fill her writers room with a diverse group of women and what the two star-EPs were like to work with as producers. 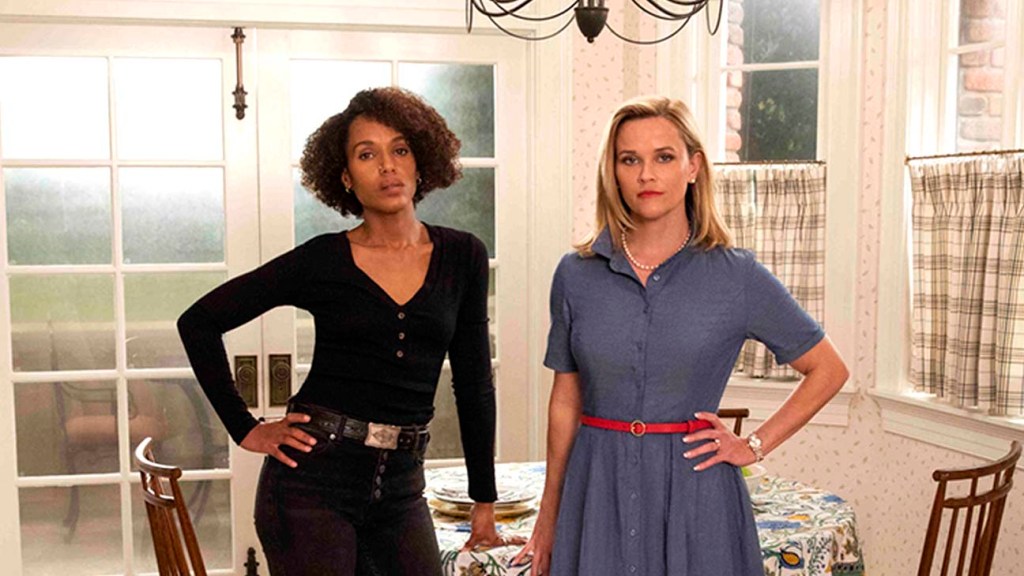 How did you go about putting together your writers room, which is mainly female and filled with women of color?

The story is about four mothers, two are white women, one’s a black woman, and one is a Chinese immigrant woman. And I knew that I had to have people in the room who could speak to that experience with firsthand knowledge. That was a no-brainer right off the bat. And I knew it had to be not staff-writer level — it had to be upper-level, co-EP writers who were going to be partners in creating the voice of the show. That was first and foremost. I’d worked with Nancy Won on American Dreams and Brothers and Sisters and Dirty Sexy Money. I love her and adore her. She is the smartest person and just such a good writer. She can be very selective because she’s very sought after, and I was so happy that she wanted to come on board the show and I knew she could come on in that number two position. I knew I wanted to have somebody who I knew in that position, just so I knew how it was going to go. And then after that, it was really a combination of some writers I knew and then introducing myself to writers I didn’t know.

I didn’t meet with that many writers. I hired three new people to me, and I only met with four people. And I honestly would have hired the fourth if I happened to have had one more episode to give! I wanted to hire everybody. And I think the fourth wasn’t available too, I should say. I wish that I had had eight. Raamla Mohamed comes from Scandal. She’s Kerry’s go-to. I met with Raamla. We joke that we’re like the same person, mostly because we both love 90210 with all our deep ’90s hearts and I just loved her. There were so many things about the show that I think resonated on such a deep level for her and then same thing — Lauren Neustadter suggested Attica Locke. I didn’t know Attica, but I was so excited to meet with her. What kept happening was I was going to have a room of four people. I was thinking two upper-level writers, two lower-level writers. I had ideas of who they would be. And then I kept meeting with people, and every single person I met with, I was like, “I couldn’t possibly do the show without this person.” I met Attica and I was like, “Well, it wouldn’t be possible to do the show without Attica.” And then [another person] recommended Shannon Houston. When I met Shannon, I was, like, “There is no way I could do the show without Shannon.” That’s how it felt every time. So I ended up assembling a seven-person writers room for an eight-episode series.

I really felt like, at the end of the experience, I don’t think we could have made the same show if any one of those writers hadn’t been there. We also thought of having an all-female room and ABC Studios was like, “Are you sure? You don’t want, like, one guy? A guy’s perspective?” And I’m like, “I don’t know. Isn’t it nicer to just have all women?” But I knew the perfect guy who was going to thrive in an all-female room: Harris Danow. And he was awesome. It was the best room. 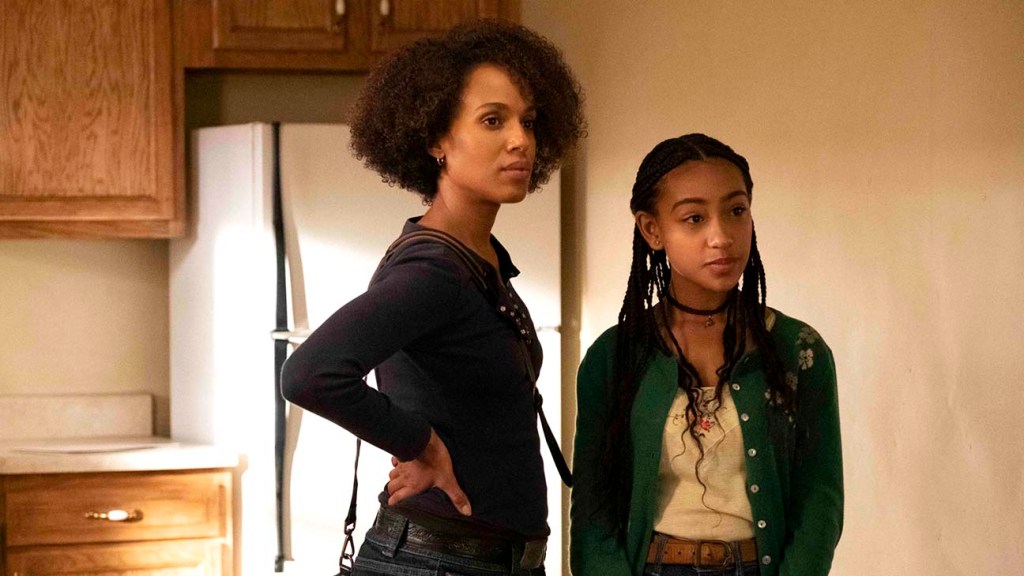 In terms of the adaptation, the series fills in a little more of the backstory for a lot of characters.

We knew we wanted to give the Richardson kids even more of an arc to really see how they had changed. We knew we wanted to bring Bill to the forefront and to really explore the things you sacrifice on both sides in marriage and where you start and what you become and what you give up. And then what you give up, someone else might gain. All those explorations, just the resentments that can build up where no one’s right or wrong but you see how they could develop. I think for sure Izzy (Megan Stott) and her sexuality and tiny Mia’s sexuality and just showing a story of what it’s like to be a kid who’s afraid she’s gay in the ’90s in the Midwest. It wasn’t a story in the book, but it felt like it could have been. Mia has a tremendous backstory in the book that gets revealed, and we really wanted to create an equal backstory for Elena. We really get to understand how Mia became Mia. We want to know how Elena became Elena too.

From 'Little Fires Everywhere' to 'Outlander': 10 Books to Read Based on TV Favorites

The show tackles big social issues immediately, but it also has the unifying theme of motherhood. What was your mission in terms of exploring all of those topics together?

The pilot is like the match light. It’s the spark that starts the fire. I felt like it was important in the pilot — one thing I added from the book was I loved the idea of Elena driving along and seeing this black woman sleeping in her packed down car in an elementary school parking lot, and being a good citizen and just calling the police department to let them know of her concern. That spark is the show to me, in that we don’t know if she would have made the same call if Mia hadn’t been black. I think we do know, but we don’t know because we didn’t see that. We saw this. And what Elena does after doing that, realizing what she’s done, the guilt and then the overcompensating and then the needing Mia to like her, all these things — to me it’s very truthful. Elena is digging herself in a hole and she’s offering Mia things, but if Mia doesn’t seem happy to accept them and grateful, then her kindness turns to anger and turns to, like, “something is wrong with this woman.” And now it’s suspicion. 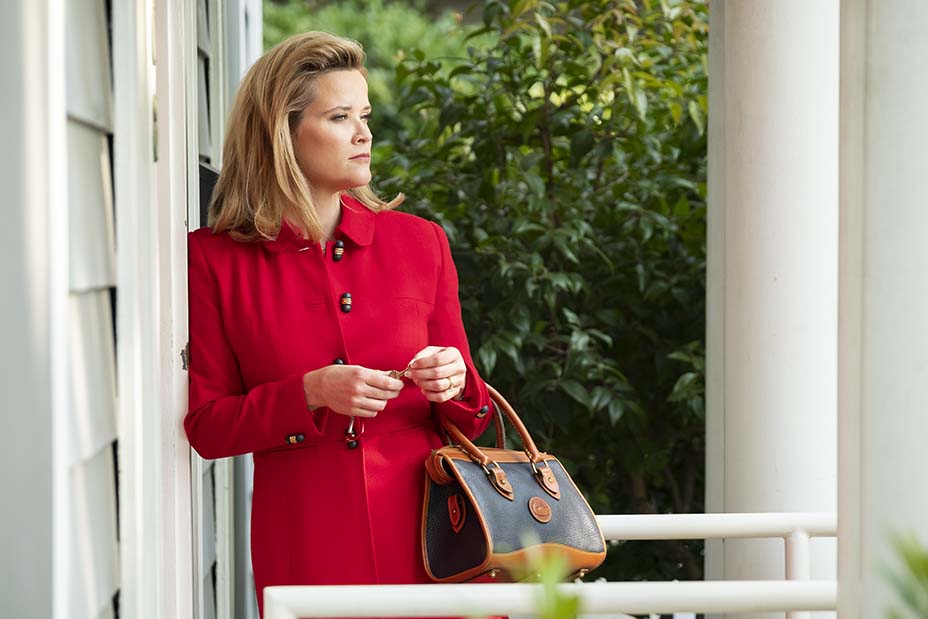 Who she’s really struggling with is herself. She is not comfortable that she had prejudice and acted because of it. But that spark is this whole series. She’s not comfortable because she perceives herself to be an open-minded person, a progressive person. If it were today she would have voted for Obama. Her mom marched with Martin Luther King, which she does need to bring up any time a person of color walks into her house. This is what white fragility is about. These were the things we wanted to tackle right away, because this is what the show is about. We talked about it in ways in the writers room that were challenging and hard and painful and revealing. This is a story about motherhood. But if you’re not white, you don’t have the privilege of separating race from that journey. So how are we honoring that in this story?

When you’re working with Witherspoon and Washington as actors you know what you’re going to get. But what was it like working with them as producers? What kind of notes did they have?

They had lots of notes. They were great. It’s funny, normally when you get notes as a writer, it’s terrifying and you’re afraid someone’ll give a note that pulls the thread that unravels everything. So there is an inherent fear in notes, and I think there’s even more of an inherent fear in notes from actors because you know you can’t brush them aside. You have to get through them to move forward. So sometimes I think there can be a weird obstacle relationship or this idea that they’re something you have to overcome. What was so amazing about this, and I say this with complete honesty, I just did not have that feeling with them. They felt so vital, and it felt like I couldn’t possibly be done with the script until I knew what they thought of every single piece of it because their perspective as mothers, as women made it what it was — what they brought to those characters, but also how they saw it as a whole. They were able to really, as producers, look at it holistically. I would wake up with an email from Kerry in my inbox and I would be like, “Oh, it came! Yay!” It was just such a different feeling. I didn’t expect it. I started off scared. I was like, “Oh, man, what’s going to happen? These are big stars. What’s going to happen with these scripts?” We got off on the right foot. There was just a safety and trust, and I hope they felt it with me because I really felt it with them.