ABC’s upcoming The Little Mermaid Live! won’t be a fully staged production like the live musicals that have aired on other networks. Director and executive producer Hamish Hamilton described the upcoming Wonderful World of Disney production — which will star starring Auli’i Cravalho as Ariel, Queen Latifah as Ursula and Shaggy as Sebastian — as an “interesting hybrid” between the original 1989 animated film and live performances of the pic’s musical numbers.

Hamilton on Monday presented several early renderings of the set to reporters at a panel at the Television Critics Association’s summer press tour, during which he described the set as a 360-degree, immersive “dive-in theater” that will include a projection surface in the middle of the room. The surface will play the animated feature (which is what viewers will see on TV), and when a song begins, the screen will transition to the live performance.

“There will be visual signatures all the way through that will reinforce the original feature,” Hamilton explained. The actors will not re-voice the movie; they will only perform the songs. “The original feature will exist exactly as it always has, and then when we come to a song, we will transition from the original to the new.”

Several key characters — including Ariel’s love, Prince Eric, and father, King Triton — don’t have major musical numbers, so the production, which will consist of 10 or 11 songs, will also incorporate “two or three” numbers from the Broadway musical. No new songs will be written for the production. 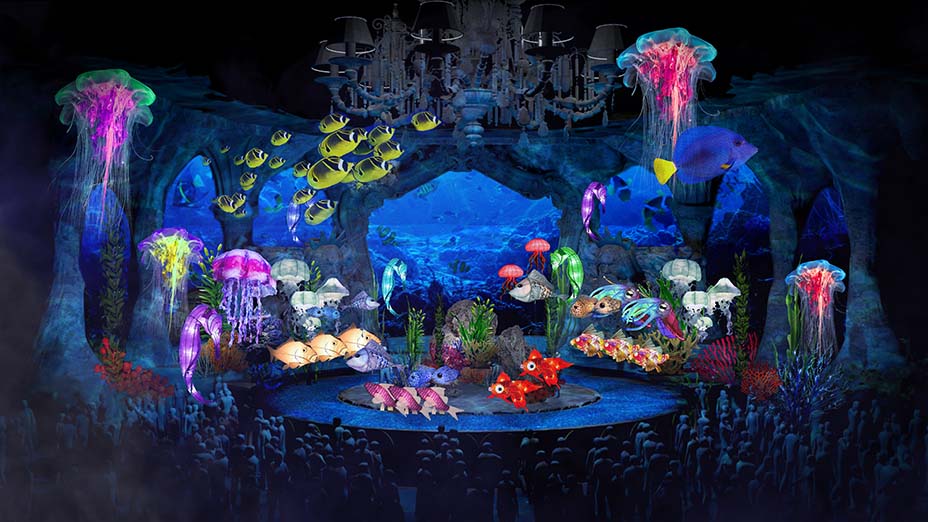 Original composer Alan Menken likened his role in the production to an architect: “I design a house that other people will live in. … I’ll be very involved the first time around with something, and then after that there’s a structure that other people can take on and it evolves through different forms. Going to the stage, we evolved to a two-act form for Broadway. Going to television, we evolve [for that].”

He later added, “The last thing I would want is somebody to do a carbon copy of what we’ve done before.”

While Hamilton and fellow executive producer Ian Stewart said they had not cast any understudies — despite what happened when a star of Rent Live! broke his foot — there is a “robust” contingency plan in place in case of disaster.

The Wonderful World of Disney’s The Little Mermaid Live! is set to air Tuesday, Nov. 5, at 8 p.m. ET/PT on ABC.