Singing a Sara Bareilles song is challenging on its own — and singing one as the star of a TV series co-created by the Grammy winner and inspired in part by her own life? Definitely harder. But Brittany O’Grady, who stars as aspiring New York City singer-songwriter Bess in Little Voice, the Apple TV+ series from Bareilles and her Waitress collaborator Jessie Nelson, was up to the task.

“I will say this and say it again: I think Sara is a musical genius,” O’Grady tells The Hollywood Reporter. “Her time signatures, her rhythm is just so complex and so out of this world and the honesty that comes with her lyrics, and the musicality of the notes — it’s above and beyond in the in the best way possible.”

Little Voice, which debuted its first three episodes July 10, follows young 20-something Bess, a musician working as a bartender as she balances odd jobs, caring for her autistic brother and alcoholic father, and writing original music she’s too afraid to perform. Not only does Bess need to carry a great deal of emotional weight, she also needs to be a strong enough singer to perform Bareilles’ original music — including the titular track, a castoff from the singer’s major label debut album of the same name.

As co-creator Nelson told THR‘s Lesley Goldberg and Dan Fienberg on this week’s TV’s Top 5 podcast, “It’s a really challenging role on an acting level, and then to sing Sara’s material is equally challenging because she has this huge vocal range and beautiful, complicated melodies she creates.”

It took thousands of submissions before Bareilles and Nelson came across O’Grady’s headshot — production had even been pushed to allow more time to find the series’ star, along with the neurodiverse actor who could play Bess’ brother, Louie (Kevin Valdez).

O’Grady was filming a movie in New Zealand after the cancellation of her Empire spinoff, Star — in which she played a troubled member of a girl group — when the duo came across her headshot in a pile of submissions. 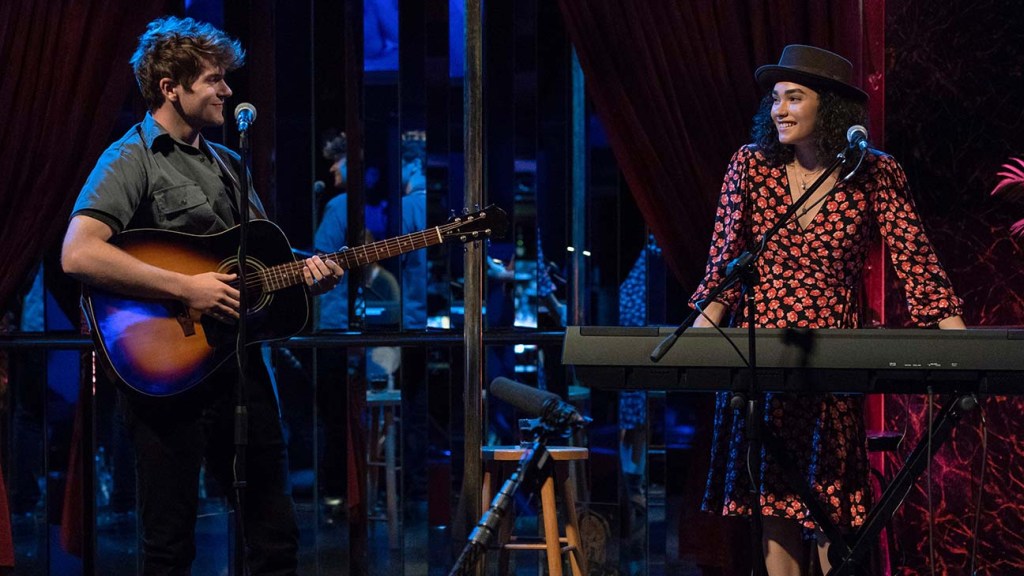 “We bit off a lot with these characters. They’re complicated characters, and the role of Bess is someone who has to be a formidable actress and beautiful singer and have that kind of X-factor quality about them,” Bareilles tells THR. “Brittany’s headshot just landed on our casting table and it was prior to watching her video submission, and there was just really something about it that was so striking. I don’t know how else to say it other than we both just really perked up seeing her. There’s something about her that is so inviting. She just has this wonderful, open, willingness about her. There’s so much about her at this place in her life where she is really searching for wisdom and knowledge and really defining who she is, and that resonates so deeply with the character of Bess. She took everything on with such a sweet spirit and she was willing to try absolutely anything we would throw at her.”

That included O’Grady and Bareilles working together in the studio, which Bareilles admits could’ve been daunting: “It was a lot of material and it’s challenging because it’s all material that I’ve basically written for myself,” she says, “and then working with me trying to craft it, I can’t imagine was the easiest room to walk into.”

While Little Voice isn’t exactly autobiographical for Bareilles, it does pull plenty from her own experience. (The reason Bess rehearses in a storage locker is because that’s the cheapest place the singer and her pals could find to rehearse and not disturb their neighbors.) But it wasn’t the uber-intimidating experience for O’Grady that it could have been.

“[Sara] was in the studio with me whenever we would record the songs,” O’Grady says. “She was so gracious and so patient and so kind and guided me through her personal music, and I thought that was such a gift. I learned so much from her. She’s very honest in a really great way. That’s why she is who she is and so excellent because she’s so gifted.”

With years of musical theater training under her belt, O’Grady has naturally gravitated toward music-oriented projects. But she grew up acting and never expected to book two musical TV series in a row. Now, though, she wouldn’t be surprised if it were a continued theme throughout her career.

“I think I have a vivid imagination,” O’Grady says. “I always loved playing different characters growing up, and dressing up. A part of storytelling is singing, in ways, and I love both. I really do love both. We’ll see what’s in store, I guess. It keeps circling back to music. So we’ll see what happens next.”