25 years after the In Living Color finale aired on Fox, creator and star Keenen Ivory Wayans reunited with members of the cast for an anniversary panel at the Tribeca Film Festival. The event featured a screening of the pilot episode, followed by a panel conversation about the groundbreaking sketch comedy series, featuring Wayans alongside stars David Alan Grier, Tommy Davidson, Shawn Wayans and Kim Wayans.

Grier recalled that when the pilot was in development, the idea that “someone should do a black SNL” had been percolating in Hollywood for some time. “Nobody had done it, and everybody talked about doing it: a black sketch show from an African American point of view, and Keenan is the one who actually did it,” he said. But he admitted that he was initially reluctant to sign on, and had to be persuaded into doing the show by Kim Wayans: “I wasn’t a standup comedian – these guys all had characters and stuff, and I thought this wasn’t really my forte, but it was the best decision of my life.”

Davidson added that the cast had a sense early on that the show could become a phenomenon. “We knew what it was gonna do. There was so much energy built up and anticipation, because America needed something new, and In Living Color was the thing.”

The cast all discussed the atmosphere of healthy competition that fueled the show. “Keenen’s mandate was: kick their ass,” Davidson said. “Give the best that you got, and then do it again. He reminds me of Professor X from the X-Men movies. He took all of us mutants and was like ‘Use your powers!’”

Wayans said that “fun competition” was key to the quality of the show’s sketches. “There was never a small player in any sketch – if you had the small part in a sketch, you were gonna work harder to try to get as many laughs out of that as you can.”

Grier noted that when people asked him at the time whether the show was political, his initial reaction was to say no. “But then I realized that just from the fact that we were mostly African Americans writing and performing, that in itself makes it political. We just wanted to be free, I just wanted to get off and do stuff that no-one ever allowed me to do, and that became a political act.” He added that In Living Color was the first time he – and most of the cast – were given the opportunity to portray the African American experience from a variety of comedic angles: “This was none of our first jobs, and it was the first time we were encouraged to mine our own culture. That was the uniqueness.” Discussing the show’s legacy, Wayans named The Chapelle Show and Key & Peele as its successors, and as examples of shows that took inspiration from In Living Color without “duplicating” it.

Wayans and Grier reflected on the show’s “Men On…” running sketch when moderator, New York Times editor Aisha Harris, brought up the fact that the segment drew backlash from GLAAD for its stereotypical depiction of gay men. “I feel like that was 1990, and my personal politics and my knowledge of trans, gay, LGBTQ culture, is different now. I have evolved from then. But back then, what I would say is there was never any malice in the portrayal of these gay men. But it was very much of its time,” Wayans said. He acknowledged that “you’re talking about a time when gay people didn’t have a voice, so we had limited information. We didn’t even know thee were other kinds of gay people. That [stereotype] was who represented gay people at the time. You can only work with the information that you have.” 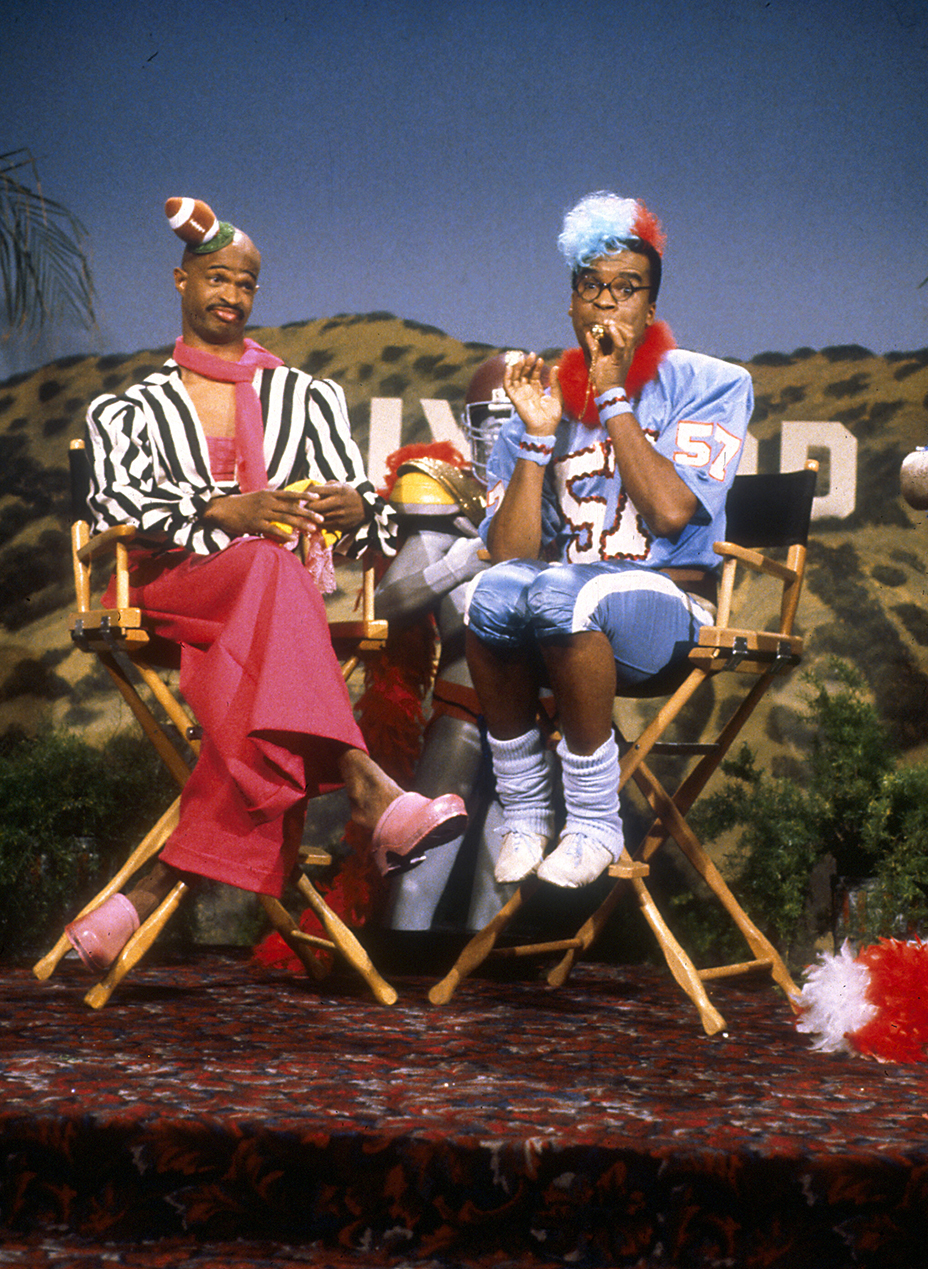 One of the biggest laughs from the audience came as Wayans described the lengths he and the cast would go to to trick the censors into letting certain sketches through. “It’s nice when they don’t know!” he said. “We used to have fun with the censors. There were a couple of instances where we’d put things in that we didn’t want to be in [the final episode], and then we’d laugh really hard at the table read or in rehearsals, and the censor would get nervous and say ‘You can’t say that’.” Often this meant that the original line got swapped out for an racier version without the censor realizing, he said: “But to the credit of the censors, especially in the first couple of seasons, I said ‘Don’t tell me what I can’t say. Let’s talk about how I can say it.’ We would go back and forth and find something that was acceptable to both sides.”

As the panel wound down, Wayans noted that one part of the show’s legacy he is proudest of is its predominantly female staff: “If people were to look at the credits on In Living Color, I would say 80 per cent of our staff were all women, and women of color. From the co-executive producer to the line producer, to the first black woman to direct a sketch comedy, Terri McCoy, to Pam Veasey who was our head writer.”

It’s notable, he added, that such a staff would still be a rarity in TV today: “This was thirty years ago! The thing that we were able to do back then, people are fighting about now. It’s like, it ain’t that hard! You just gotta do it!”