[This story contains spoilers for the finale of Netflix’s Living With Yourself.]

After eight episodes of Old Miles trying to figure out how he can coexist with the cloned and better version of himself, Netflix’s Living With Yourself delivered a happy ending — sort of.

“I like these characters and I wanted them to have happy endings — whatever that means,” creator Timothy Greenberg tells The Hollywood Reporter about the finale’s unconventional resolution. Then clarifying, “I would actually say ‘satisfied’ endings; it’s not always happy. That’s important: sometimes bad things can be satisfying or appropriate in a different way. I want audiences to feel hopeful that there’s a future for the characters, but it’s going to be really challenging. Because that’s sort of the best you can hope for anybody.”

In the finale of the sci-fi dramedy starring Paul Rudd in a dual role, Old Miles has finally realized that he wants to fight to get his life back. But when he finds out that wife Kate (Aisling Bea) tested out the waters with his better version, aka New Miles, Old Miles vows to kill his cheating clone. With Rudd playing both of the Miles characters, a fight ensues that required the actor to develop a technique in order to truly play opposite himself and takeover both sides of the shots. In the end, after a near-death moment for New Miles, Old Miles comes to terms with the fact that he loves his life, and he even loves his clone.

That’s when Kate walks in to tell Miles-squared that, after trying for years to have a baby with Old Miles, she is now pregnant, and she doesn’t know which Miles is the father. Looking to Old Miles for the cue, the father-to-be is overcome with emotion and the show ends with a three-way hug, where Kate is cradled between two ecstatic Miles.’ The camera ends on her face, however, which signals a more realistic reaction that reads, “Is this my new normal?”

Greenberg says they tuned that final moment with extra care. “First you are on her face and, it’s a big hug! Then we drop out the music and you hear this kind of sigh,” he says of the final scene. “You are supposed to understand that, this is the best thing ever! But, also … what the? It’s meant to feel both like it’s wonderful and also, ‘how is this ever going to work?’ at the same time. That’s kind of the fun of it. If Kate had said at the end, ‘This is great but, wait, what?’ and the show had cut out after her saying that, that would be the equivalent line to her expression.”

Greenberg began writing Living With Yourself more than four years ago, and though he pitched it as a series, he always intended for the first season to be a satisfying story. That pitch was also part of the appeal to Rudd when the Marvel star signed on for his first starring TV role. But with so many questions left up in the air by the final scene development, Greenberg concedes that he has ideas for a season two — should the audience demand more.

“Paul had never done TV before. He was very leery of getting into some open-ended thing and playing a character forever,” Greenberg says. “I wrote the story that I had in mind. We did tweak it a bit so that it could be the one season, and then we’ll just see where it goes from there. I have ideas for what could be future seasons. But we definitely talked about how we wanted it to have an arc this season that was entire unto itself. Somewhat because, what if there is only one season? Then we can walk away feeling happy. But, more important, because that’s the kind of story that I like telling. That said, obviously, there’s more to be done if everyone involved in the world cares to see more. If there’s a desire for more of these characters and this universe.”

There is indeed much to explore in the immediate aftermath of the decision. For example, what would the car ride home be like for the newly committed throuple? And when they arrive home, would Old Miles move in?

“What they do 10 seconds later is definitely very funny,” Greenberg says, picturing what would happen after the show fades to black. “‘So, do I still live here? Am I moving in? What’s happening?’ That is that moment you never see in the movie. I do think [a second season] would have to do with what you do from there and how you continue to go about your life.” 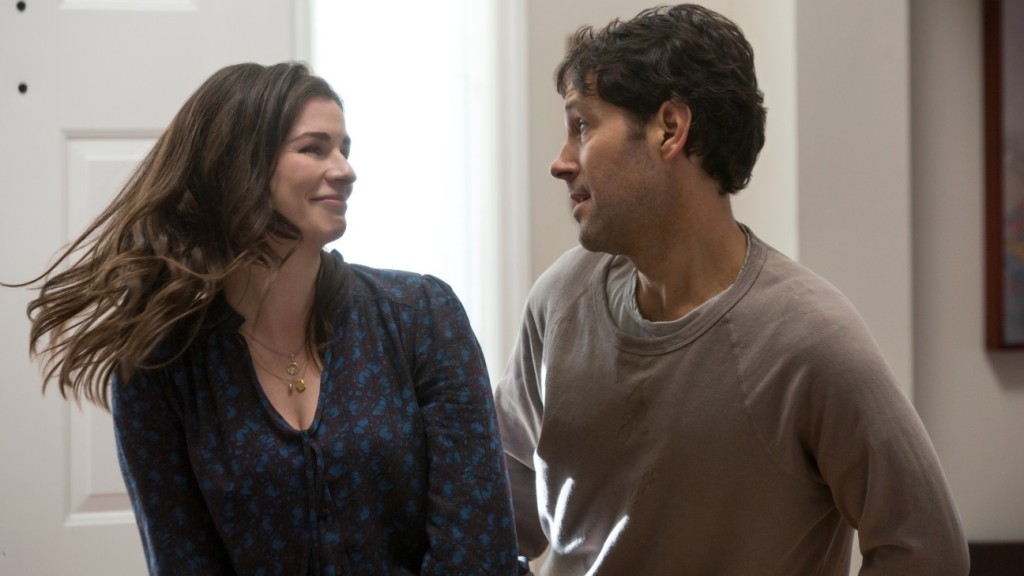 Should Netflix renew Living With Yourself for a season two, Greenberg would also want to expand out his vision.

“You would absolutely need to open it up and do something different. This premise as it is, you can’t just keep going like this. I’m happy to say that people seem interested in these characters and want to know what happens to them. But you can’t keep doing the, ‘Oh, you’re the better one and I’m the worse one’ in the same way, because I feel like we’ve covered that particular area,” he said of the core Old Miles vs. New Miles tension of this season. “I feel like what we haven’t done is delve at all deeply into: What does it mean to live with yourself? How do you come to terms with that? All they’ve done so far is not kill each other (laughs). They haven’t gotten that far!”

He continues, “They are literally standing there in the wreckage of this battle where they almost killed one another and now they’re having a baby. They’ve solved season one; there are certainly other big issues to come. And I also think that there are other perspectives to be looked at here that I would want to get to because I think that it would get a little claustrophobic otherwise. It would be interesting to see if we get that opportunity how we would do it. I have a lot of ideas, but it’s not all figured out yet.”

As for Rudd, he remains more focused on the current season of Living With Yourself, and says he hasn’t given much thought to what the future could hold. “I only have so much bandwidth — as do we all!” he jokes to THR when asked about interest in doing more. “Who knows what that would look like or where anything goes. But when we were looking at that last episode and reading it I just thought, ‘Oh, well of course. This is what is has to be. Of course.’ I thought it was a poetic stroke to make this the last moment of the season of the show.”

Directors Jonathan Dayton and Valerie Faris, who helmed all eight episodes, said the entire ending — one they described as touching but “still kind of messed up” — hinged on the final expression viewers see from Old Miles when he accepts the idea of raising this baby all together.

“That [final scene] was one scene I really looked forward to shooting more than anything, just the moment of it all hitting Miles,” Dayton tells THR. “We talked a lot about that and the staging and how he walks away, and you don’t know what he’s going to do. And then he turns around and looks at both of them and then this smile comes on his face. I felt that when Paul performed it, the series in a way hinged on whether it could work and whether it would be believable and touching, and thankfully it was there.”

Of the decision to end on Kate’s face instead of the Miles’, Dayton says, “We had to keep it twisted and odd enough so that it didn’t just become singular. That we have all the different feelings. And that’s why we end it on their backs and with seeing her face as she, like us, is absorbing what that moment means.” Farris adds, “Being caught between this very strange relationship, holding the two of them.”

Rudd describes the ending as “poetic” because he isn’t quite sure how long the happiness will last. “He might be happy in that moment,” he says of his curmudgeonly character not looking ahead to blue skies forever. “And I don’t look at it like a lesson, ‘Have I changed my approach?’ I just don’t think in those ways.”

No matter what the future holds — imaginary blue skies or a second season — Rudd says he wanted this season to be one “that would be emotionally satisfying” for audiences. “We wanted it to feel like that was a complete experience and, great if it feels right to do more, but we really wanted it to feel like it had an ending,” Faris says.

Greenberg even had an initial idea to extend the finale with a cliffhanger tease, but nixed it for the more tied-up ending. Now, he says that idea is in his back pocket for a potential season two.

“There was a bit more of a cliffhanger that wasn’t about the central characters that I still go back to, and thought maybe that would have been fun to do for certain people,” he says of the alternate ending idea. “But I just feel like the heart of the show is where we ended it, so it was the right call. Part of me still wants that really dark turn at the end where we see something else that happened. If we do a second season, I could always stick that onto the beginning. I have, like, six ideas for how I could open a second season.”

He adds, “I certainly have a lot of ideas and in a way, I feel like we’ve barely scratched the surface in terms of, ‘What does living with yourself mean?'”

'Living With Yourself': TV Review

Living With Yourself is now streaming on Netflix.