[This story contains spoilers from the first episode of Netflix’s Living With Yourself.]

When Timothy Greenberg was writing the script for what would become Living With Yourself, he included Tom Brady as a visitor to the Top Happy Spa that plays a central role in the Netflix dramedy.

“I wrote it many years ago, and then we asked him to do it,” Greenberg, who started writing Living With Yourself more than four years ago, tells The Hollywood Reporter of the surprise cameo. “He was in the middle of his football season, so we had to wait for an actual answer — and then of course it extended, because he won the Super Bowl, so it was an extra six weeks of waiting. But he eventually said yes! Why? I guess he wanted to do something with Paul Rudd. I have no idea. I can’t imagine what motivates a God like Tom Brady.”

In the premiere of the sci-fi series, Rudd’s starring character, Miles, visits the Top Happy Spa after a coworker tells him that the people inside can change his life. As the procedure is vaguely explained, the treatment can reconfigure Miles’ DNA and turn him into a better version of himself — a more energized Miles 2.0 to be present in the marriage he takes for granted and to take on the job he skates through. Overall, he is promised a better Miles.

The pitch sounds too good to be true, and skepticism takes over when Miles arrives at the nondescript strip-mall spa. That’s when a new and improved Tom Brady walks out of the door, quickly eliminating any of Miles’ concerns.

As the episode continues to unfold, viewers realize that Brady’s six visits mean he has given himself the theoretical head-to-toe makeover six times (the number of his Super Bowl titles), leaving the prior and lesser versions of himself dead and buried in the nearby woods. The Brady run-in prompts Miles to go through with the procedure, but he is accidentally cloned and left alive. Instead of the first Miles being buried, there are now two versions walking around — Old Miles and New Miles — and Living With Yourself follows the duo as they figure out how to coexist. 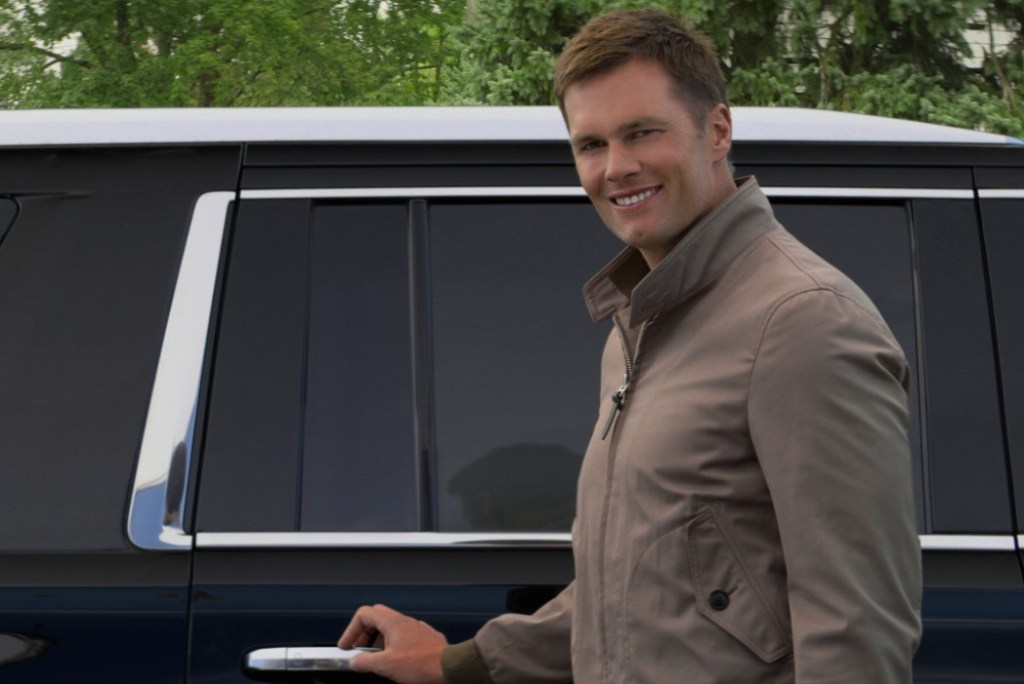 Greenberg, who is a New York Jets fan, and Rudd, who roots for the Kansas City Chiefs, admit that the Brady cameo at first brought up some complicated feelings. But they can only praise how candid the star was to the cast and crew, coming off his Super Bowl LIII win against the Los Angeles Rams.

“The shoot was a couple of hours, and we had a good hour [of downtime] as they were turning around to shoot the other side where we got to talk about football, which was one of the highlights of my life,” says Greenberg. “I’m a Jets fan, so I kind of hate him — but he was the best.”

Rudd adds, “It was not that long after the Patriots knocked the Chiefs off to go to the Super Bowl. But as a football fan, which I am, it was very exciting. He was really great. And to just spend a little time with somebody who is that good at what they do and get to know him, it was really cool.”

Though they came up with backup names in case Brady was unavailable, Rudd points out that the NFL star was the best person to represent the Top Happy Spa’s mission of creating the perfect human being. And while the joke that Brady has rigged the system of life might have also satisfied any rivalries, most of the online reaction to the cameo has been centered around the scene’s similarity to Patriots owner Robert Kraft’s high-profile massage parlor scandal.

ESPN reporter Mike Reiss shared a video of the Patriots quarterback on Saturday responding to negative reactions about his cameo. “I think it’s this type of media atmosphere that you create. The blame-and-shame media atmosphere that has kind of percolated for a while. I think there is a lot of things that are said that are taken out of context that you choose to make a headline of, as opposed to understand what it’s actually about,” he told reporters.

“He’s the perfect example of somebody that really does check every box,” Rudd tells THR. “We knew Tom Brady was a long shot, and we used to spend time thinking, ‘Who else could we go to?’ And we had a list we were compiling, but every other person seemed like a second choice, because Tom Brady is the perfect person to use as an example.”

Living With Yourself is now streaming on Netflix.

'Living With Yourself': How the "Poetic" Ending Keeps the Door Open for a Season 2