This is the first project in Takeuchi’s overall deal with Netflix. She and exec producer Alex Hirsch (creator of Gravity Falls) will announce the cast on Monday as part of a series sneak peak as part of the Annecy International Animation Festival. 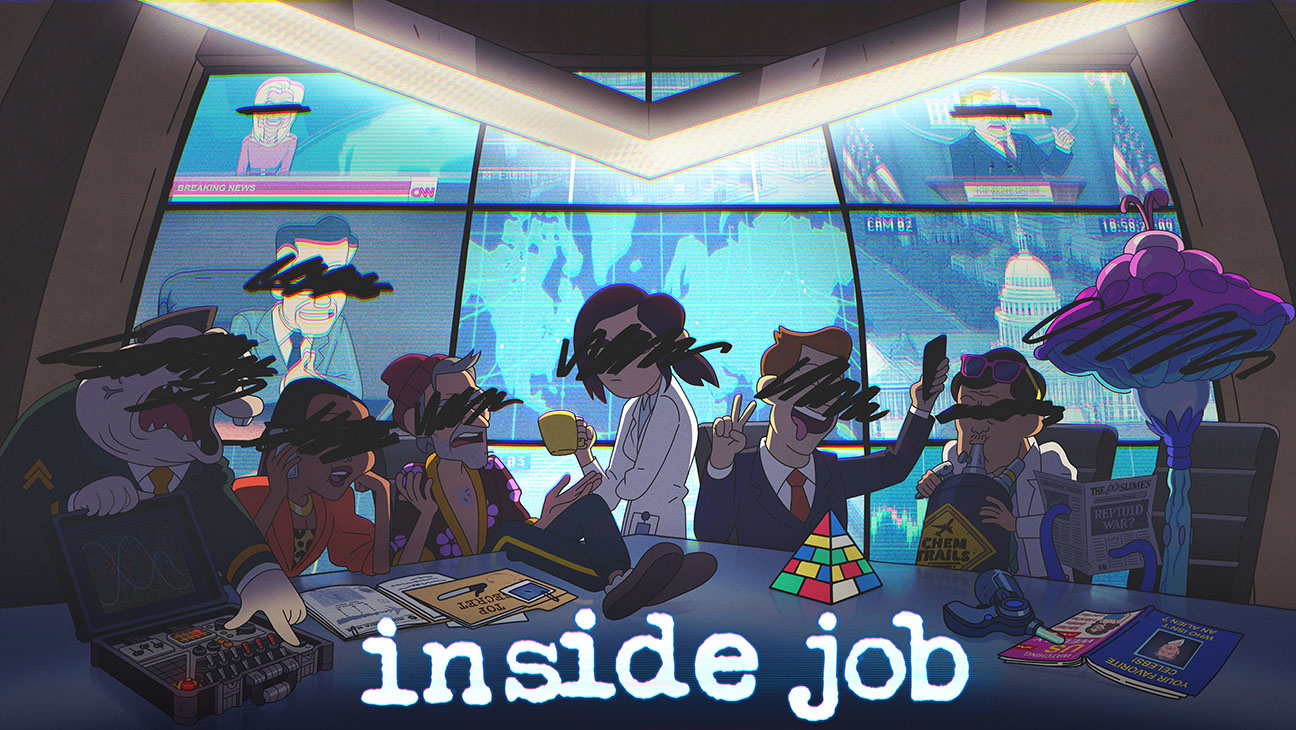 In what the studio is billing as the first adult animation series produced by Netflix Animation Studio, Inside Job is a comedy about a shadow government and the dysfunctional team whose daily grind is committing the world’s conspiracies.

The story follows Cognito Inc.’s anti-social tech genius Reagan Ridley, voiced by Caplan, who is seen as the odd one out for believing the world could be a better place.

Slater will voice Rand Ridley, Reagan’s father and disgraced head of Cognito Inc., who was fired after a paranoid downward spiral and now spends his unemployment plotting revenge. Duke is Brett Hand, a lovable D.C. yes-dude whose fratboy energy is a cover for a sweet, caring guy who just wants everyone to like him.

Campbell plays Gigi, Cognito’s fast-talking Head of Media Manipulation and Subliminal Messages and office gossip queen; and Gelman is Magic Myc, a psychic subterranean mushroom creature described as “the office dickhead that likes to get inside your head, literally.”