Continue to The Hollywood Reporter SKIP AD
You will be redirected back to your article in seconds
Skip to main content
April 21, 2017 9:59am
Logo text

[This story contains spoilers through the first volume of the Locke and Key comic book series, as well as issues two and three of volume two.]

When it comes to the comic book curious, there are few better modern entries into the medium than Locke and Key, the IDW Comics series co-created by author Joe Hill and artist Gabriel Rodriguez.

The horror comic, which is currently being adapted as a pilot for Hulu, focuses on the Locke family and their ancestral home of Keyhouse, a mysterious manor filled with locked doors and magical keys. An exhilarating and exhausting adventure ensues, with Locke and Key applying childlike wonder to a story built on revenge, regret and reminders of bad decisions that can never be taken back. It’s beautifully written and beautifully illustrated, a stunning representation of the power of comic book storytelling … which is exactly what makes it so difficult to adapt.

'Locke and Key' Pilot From Carlton Cuse Set at Hulu

Indeed, the upcoming Hulu pilot isn’t the first time someone has taken a stab at bringing an adaptation of Locke and Key to life. Fox famously produced and ultimately passed on a 2011 pilot, featuring the likes of Miranda Otto and Jesse McCartney. Later, a film adaptation was in the works at Universal Pictures with producers Alex Kurtzman and Roberto Orci, but it, too, ultimately fell through. Thus far, the only successful Locke and Key adaptation comes in the form of an award-winning audiobook. Could the potential Hulu series follow that path of success? The right ingredients are certainly in place, including:

• Hulu itself, with the streaming service primed to feature more mature and ambitious content than a network adaptation of Locke and Key.

• Carlton Cuse, the television veteran behind Lost, Colony, Bates Motel and a slew of others, serving as executive producer and showrunner.

• Scott Derrickson, the man behind the lens of Marvel blockbuster Doctor Strange, stepping in to executive produce Locke and Key as well as direct the pilot episode.

Given their respective talents and experiences, this creative team is as poised as anyone to successfully execute a Locke and Key television series. And even then, there’s still reason to wonder if it can be done, if only for the simple fact that Locke and Key is so unique as a comic book experience.

Really, it cannot be overstated enough how critical Gabriel Rodriguez’s artwork is to the experience of Locke and Key. His work comes with a sense of wonder that’s difficult to replicate outside of the comic book form. As an example, take the following scene from “Head Games,” the second volume of Locke and Key, featuring the three Locke siblings: bruising older brother Tyler, brooding middle sister Kinsey and beaming little brother Bode. 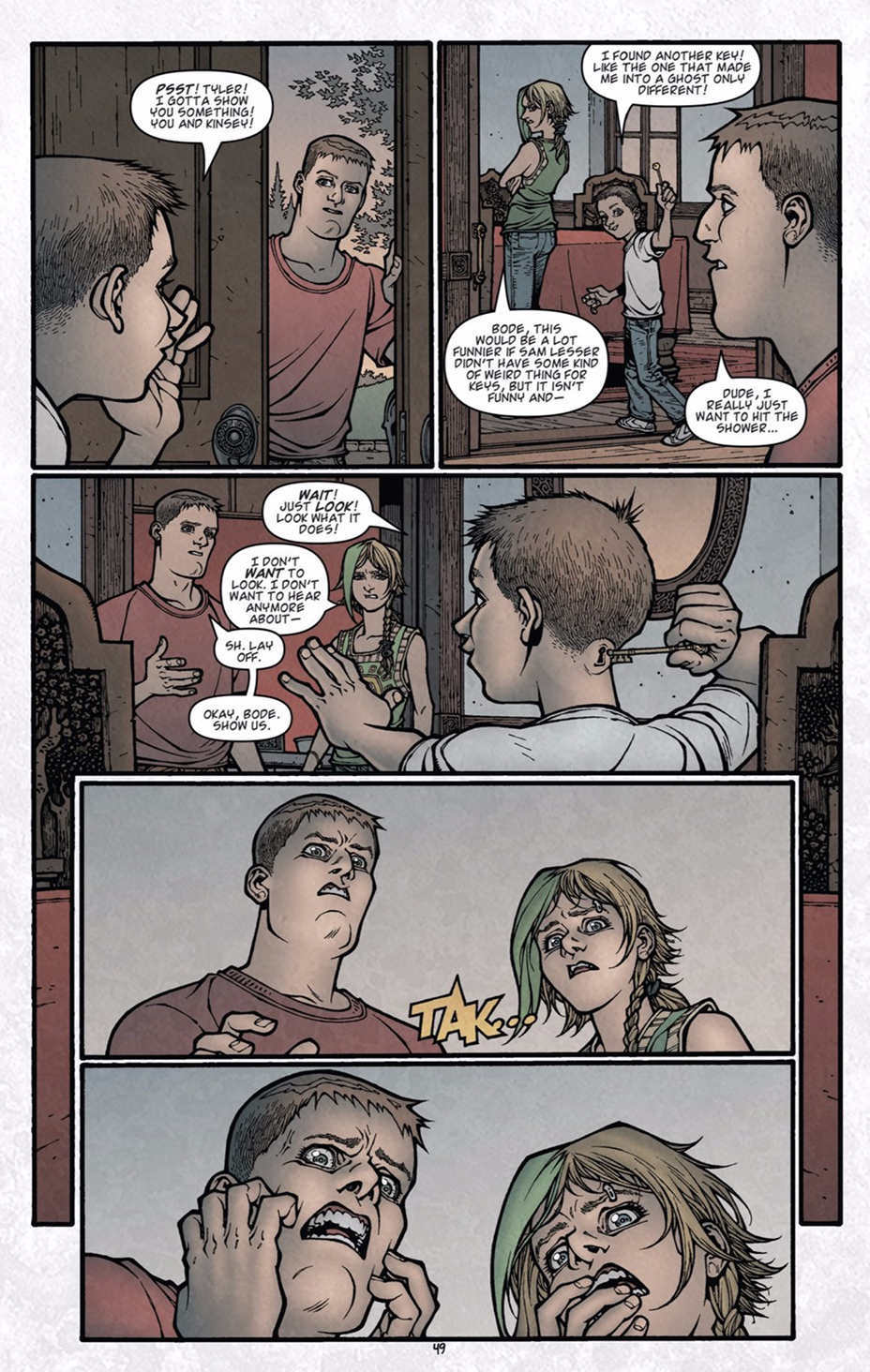 Bode discovers a new key with the power to unlock its wielder’s imagination, in a very literal way: 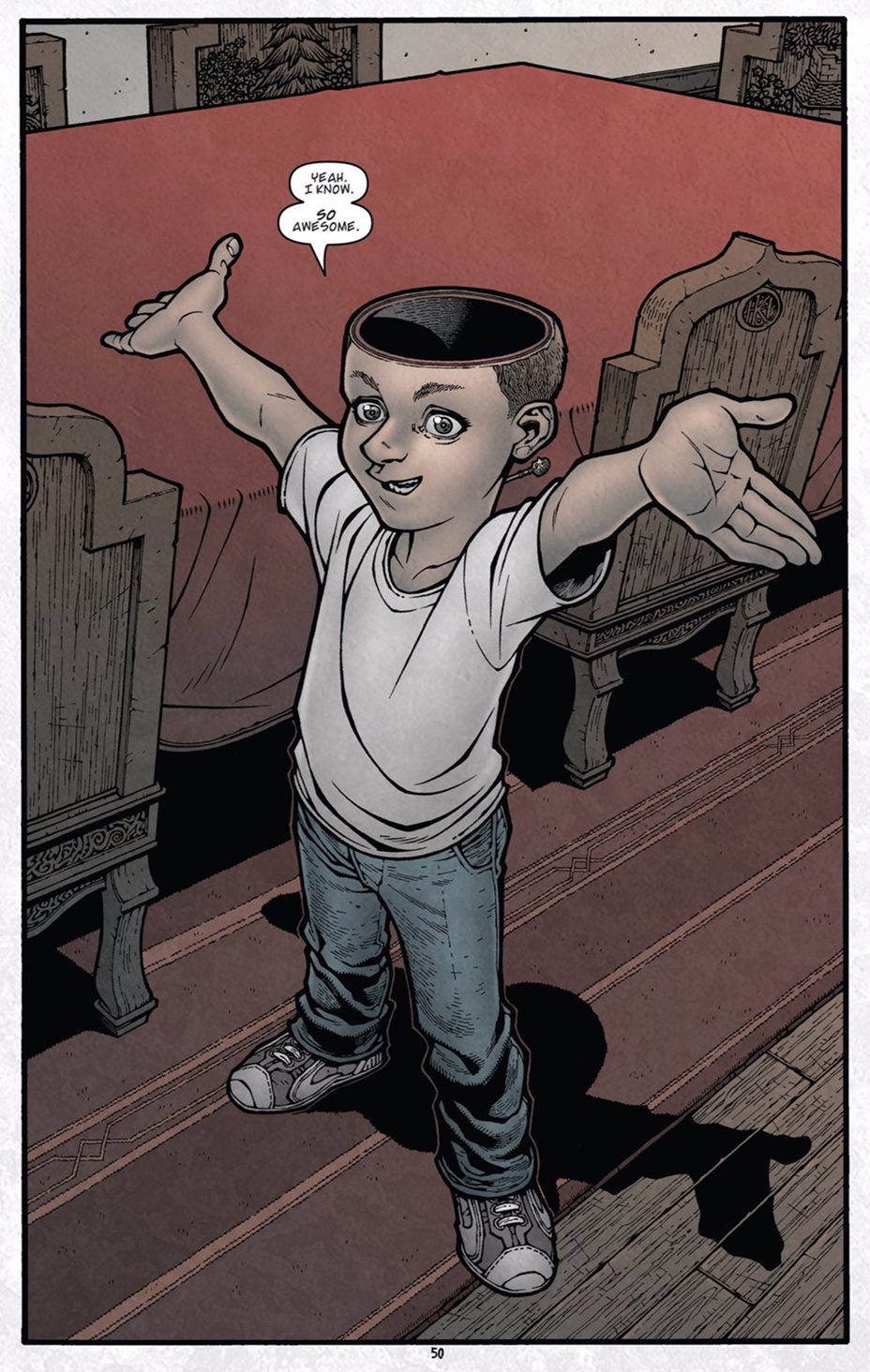 “So awesome,” indeed. Bode then provides his siblings with a view inside his mind: 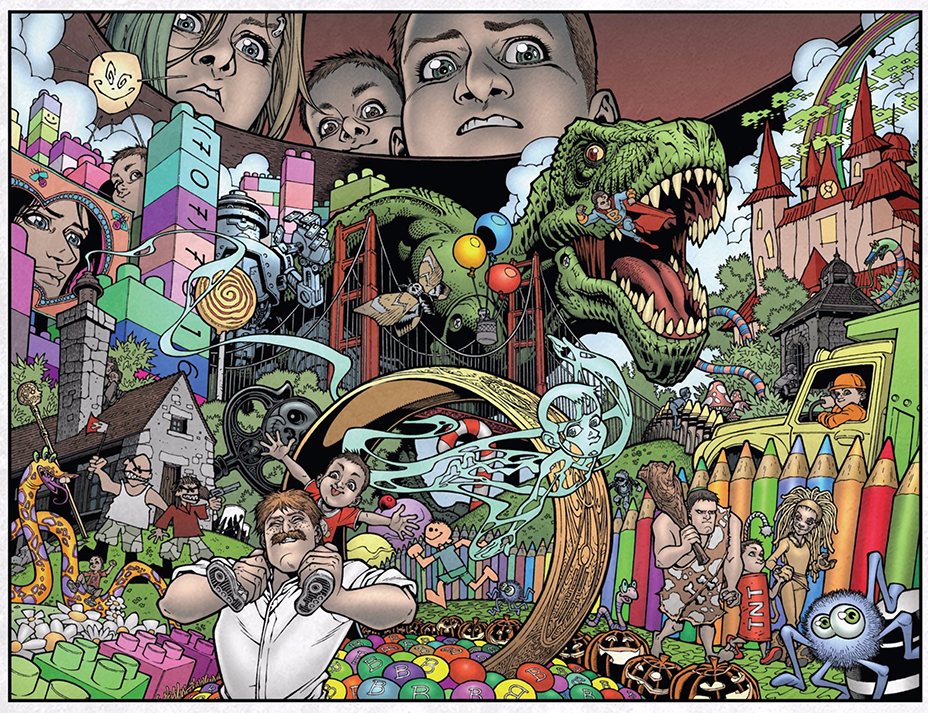 And his siblings are rightfully sketched out, if for no other reason than the fact that Bode somehow was able to spy on his own brain. 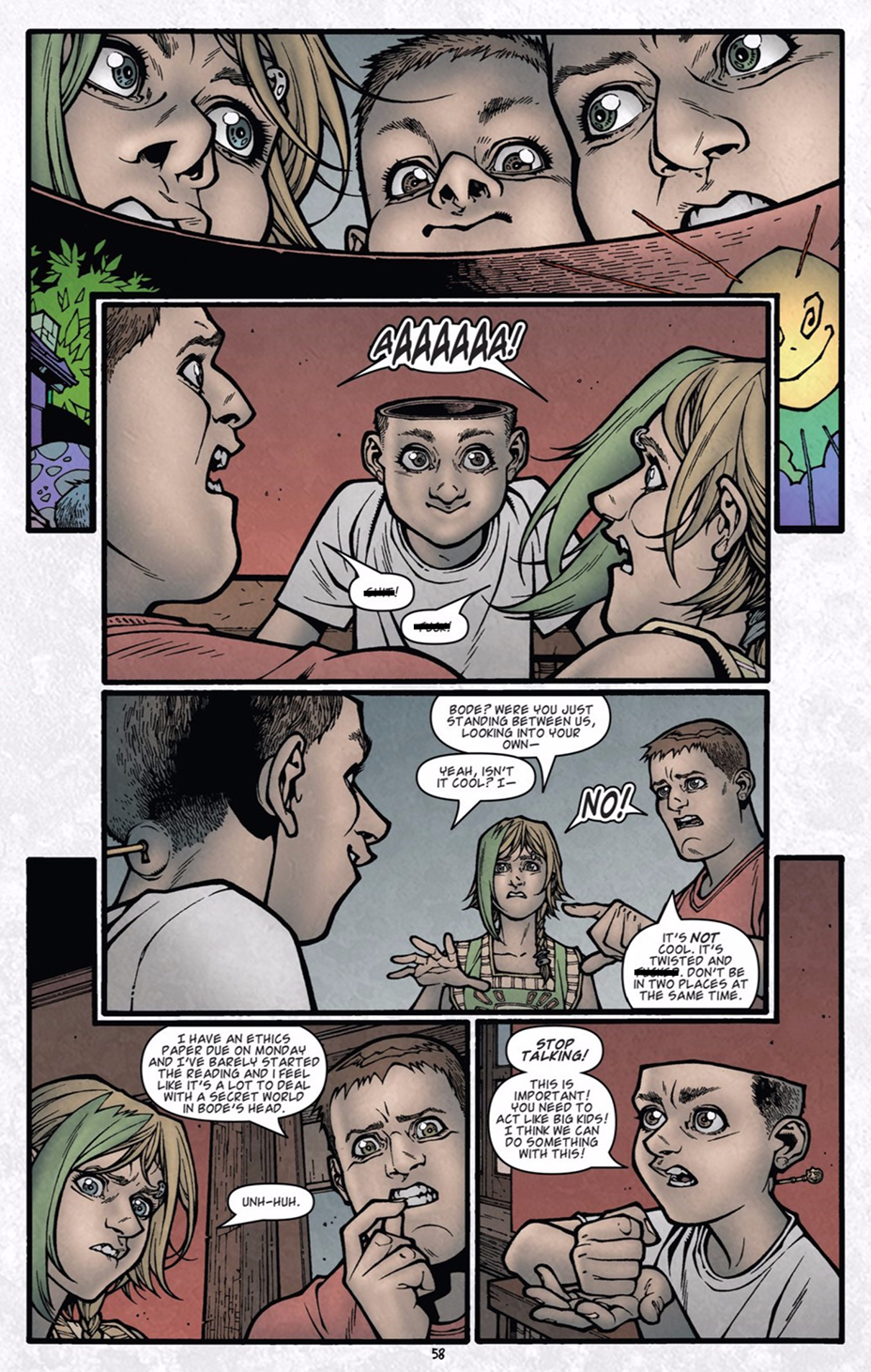 This iconic scene from “Head Games” perfectly illustrates Joe Hill and Gabriel Rodriguez’s strengths as comic book storytellers, seen all the way through Locke and Key‘s six volumes. Hill and Rodriguez wield surreal imagery (the visual feast inside Bode’s brain) and leaps in logic (not needing to see the exact mechanics of how the top of Bode’s head pops off, for instance, or how he’s able to look inside his own brain alongside his siblings) with razor precision and maximum impact, telling a story that relies on the limitations and expands the expectations of their chosen medium.

There’s little doubt that Cuse, Derrickson, Hill and their assembled collaborators can navigate the rich thematic waters of Locke and Key, especially given its hopeful status as a long-form television series. But can they replicate the visual wonder of the comics and the sense of joy it produces? It’s a daunting prospect… though then again, consider Derrickson’s work on Doctor Strange, one of the more visually imaginative comic book adaptations in recent memory. If anyone can capture the comic book magic of Locke and Key, why not the person already versed in some Strange comic book magic of his own?

What are your thoughts on Locke and Key, now that it’s preparing for yet another TV adaptation? Let us know in the comments below.