The Robinsons are returning to space, with a few upgrades in tow.

Netflix has announced a premiere date of April 13 for the 10-episode relaunch of Lost in Space, the classic 1960s science-fiction series about a family stranded in space and time. According to the streaming service, the show takes place 30 years in the future, where colonization in space has become a reality, with the Robinson family serving as pioneers in that effort. Of course, their adventure doesn’t go quite so smoothly, and certainly not as expected, as they become stranded far away from their destination, forced to fight to survive.

The announcement video from Netflix features a hopeful monologue from Molly Parker as Maureen Robinson, brilliant scientist and matriarch of the family — words that likely speak to the lighter tone of the series, at least compared to some of the streaming service’s grimmer science-fiction fare, such as the recently released Altered Carbon. 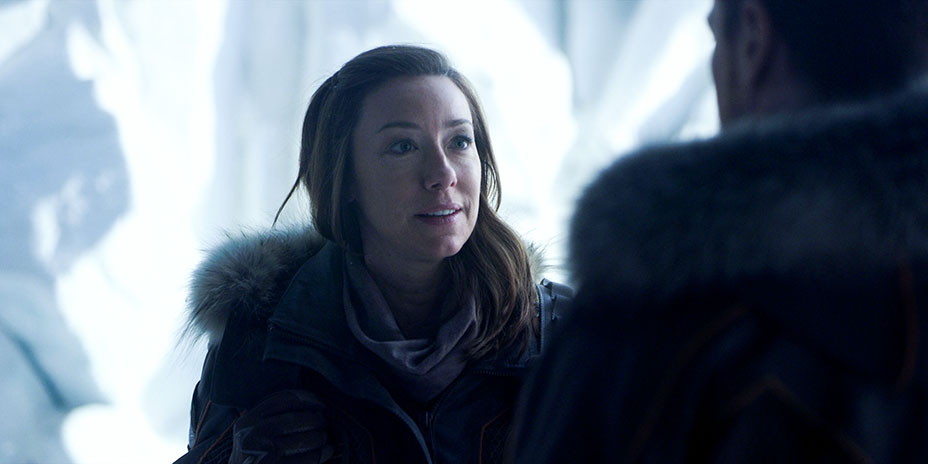 “Humankind evolves,” says Maureen, her words juxtaposed against images of the Robinsons walking toward their iconic ship, Jupiter 2. “It’s how we survive through ice ages, plagues, wars, disasters from above. We adapt our skills, our languages, our very bodies in order to live. Earth is our home, but only so long as it keeps us safe. When this world can no longer serve that purpose, another planet, another colony, another chance…”

Maureen’s sentence is finished with the sight of her young son’s backpack, his name emblazoned on the back: 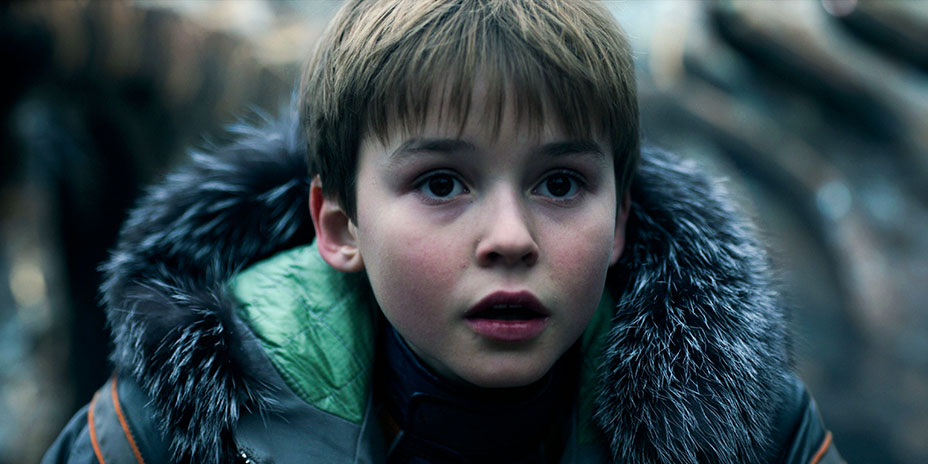 “Will,” the name of the youngest member of the Robinson clan, from whom the show’s iconic phrase “Danger, Will Robinson” is derived. For his part, the Robot itself makes no appearance in the first look at the series, both in terms of the announcement video as well as the first photos released by Netflix.

With that said, the various human members of the cast are on full display in these opening photos, both in terms of the Robinson clan proper…

As well as two strangers along for the ride: Parker Posey as the enigmatic and dangerous Dr. Smith, taking on the role made famous by Jonathan Harris, and played in the 1998 live-action film adaptation by Gary Oldman…

…and Ignaccio Serricchio as Don West, described by Netflix as “roguish,” “inadvertently charming” and “a highly skilled, blue-collar contractor, who had no intention of joining the colony, let alone crash-landing on a lost planet.” 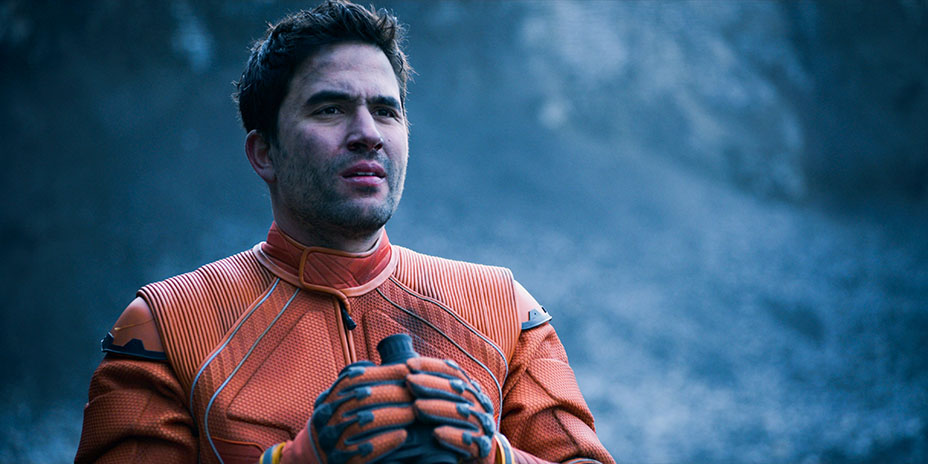 Beyond the first glimpse at footage and photos, Netflix announced another telling detail about the series: Lost in Space won’t be available for viewing until April 13 — unless you happen to live in space. In their announcement of the launch date, the company states that the pilot was provided to NASA in advance, which was transmitted aboard the International Space Station 12 days ago. In addition to being a fun bit of trivia for future water-cooler conversations, the move strongly suggests Lost in Space will carry an optimistic tone about the necessity of exploring the world beyond ours — that with any luck, the series won’t come equipped with “gritty reboot syndrome,” as some fans likely feared.

“The rest of human history begins nows,” Maureen states at the end of the first look; a bit dramatic, perhaps, but the rest of Lost in Space history certainly begins here.

Watch the full trailer for Netflix’s Lost in Space below.

What do you make of the first look at Lost in Space? Sound off in the comments below, and keep checking with THR.com/LiveFeed for more coverage.