[This story contains spoilers for “2001,” episode two of The Loudest Voice on Showtime.]

With each episode focusing on one pivotal year in Roger Ailes’ career as the mastermind behind Fox News, some might be surprised that Showtime’s The Loudest Voice leaps from 1995 (and the actual creation of the network) to 2001 for its second episode — bypassing all of the drama that surrounded the impeachment of Bill Clinton and his administration.

“We miss Lewinsky. There’s a bunch of stuff we missed that Fox built its name on,” showrunner Alex Metcalf told The Hollywood Reporter. “But it was more important to us for us to understand the fulcrum of what turned Fox News and Roger into what it and he became. And that was to me at least really 9/11.”

The episode, “2001,” begins in the early hours of Sept. 11, 2001, and chronicles how Ailes (Russell Crowe) and the Fox News team reacted to the horrifying events of that day. “In keeping with the idea of the important moments that changed-slash-created Roger and Fox, 9/11 was a singular event,” Metcalf says. “It was a singular event in the national consciousness, but it was a particularly singular event because it created a kind of a weaponized fear. And Roger took that event, took the fear that we all had in that moment and in the weeks following, and really weaponized it on Fox News. And that was the moment when they became the highest rated cable network, soon after 9/11, and clarified the political vision of the network.”

The events of 9/11 also led to a far-less-discussed aspect of Ailes’ history: the fact that, as depicted in the show, he was asked to consult with President Bush’s White House in the aftermath. “That’s something that a lot of people don’t know — it’s kind of deeply hidden in Bob Woodward’s book [Bush at War], but it’s really there,” Metcalf said. In real life, in fact, Ailes officially confirmed to the New York Times in 2002 that he had sent Karl Rove a memo suggesting strategies for addressing the American people (though he denied using the term “harsh,” as The Loudest Voice shows him doing). 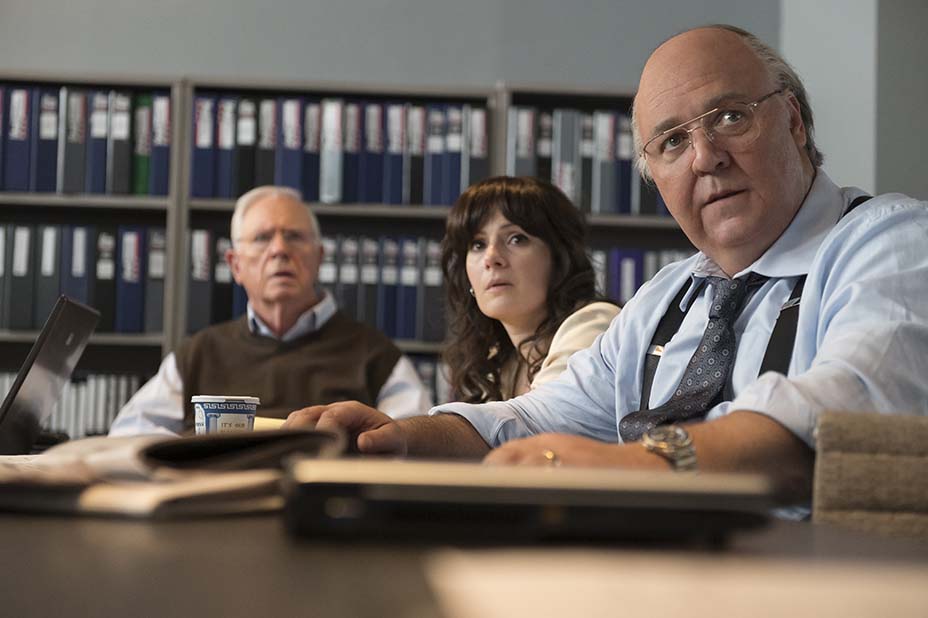 Part of telling the story of what happened that day meant utilizing footage of the actual event — images which will not leave the American consciousness anytime soon, but are still very hard to watch.

“We all understood the triggering aspects of the imagery,” Metcalf said. “But I think that’s the moment where everything changed and to not be honest to the imagery of the day would be a cheat. Both in the sense of how it makes us, the audience, feel and how it makes those characters feel, because that’s what they were doing all day. They spent all day there watching the towers fall again and again and again.”

Director and producer Kari Skogland told THR that how they chose to show real 9/11 footage was “a big conversation, and we were really very sensitive and careful. I also wanted to portray it as honestly as I could and let the audience decide.”

“A lot of us were in New York that day and it’s a very, incredibly sensitive subject to all of us. However, the power of that day was so profound to everybody and especially, don’t forget, to all of those people in the newsroom that day, all of those images, coming at them all the time. All of the stuff that we didn’t see that was way worse than anything we saw, it was particularly powerful for them,” Metcalf said. “So we had to honor that. I think we walked a pretty good line at honoring the power of the day for them and not tipping it overboard into gratuitous 9/11 porn.” 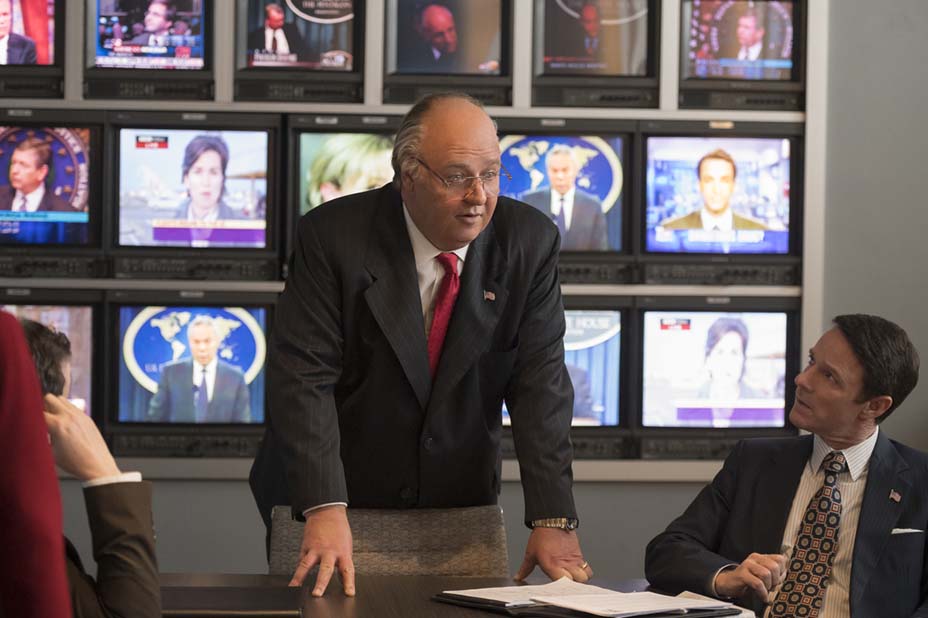 As Skogland added, “we also have to remember the entire country felt, rightly so, paranoid at that point. It was the first major terrorist attack of its kind, so it was very important for me to recapture that feeling. It’s 20 years later. We’re in a different mind-set than we were even 10 years ago, so we’re trying to create the truth of each decade, I suppose, and make sure that that layered into the normalcy of whatever it was we were dealing with. So in terms of 9/11, I had to recapture those feelings of paranoia, the incredible anger — I tried my best to just be honest and not pull any punches.”

The episode almost takes on a meta layer, in fact, when the Fox News staff debates whether to show the footage of jumpers falling from the Twin Towers. “I actually think we were relatively sensitive in not showing as much as was there,” Metcalf said. “[The jumpers], that’s actually the moment where we decided, OK, too much. We cannot go down that road because that is just too painful. Those are actually individual people who people know. So we have just the one shot, and left it at that. But I’ve seen the shots that they actually had that day and they’re fucking horrifying. Had we gone there, I think that’s crossing the line.”

As he added, though, “I think the imagery we use speaks to the power of the day, both on the country and on the characters in the show. And I think we have to use it, honestly, I think we can’t shy away from it because of how important that day was.”

The Loudest Voice airs Sundays at 10 p.m. on Showtime.