[This story contains spoilers for The Loudest Voice episode 3 on Showtime.]

When it comes to stories based on real people and real events, there’s an expectation of some fictionalization. One interesting choice made in episode three of Showtime’s The Loudest Voice, “2008,” was to show Roger Ailes (Russell Crowe) not getting to meet in the lead-up to that year’s election with then-presidential candidate Barack Obama — despite the fact that a meeting did take place between Obama, Ailes, Obama senior adviser David Axelrod and News Corp. founder Rupert Murdoch.

In the show, rather than depict a face-to-face meeting with the candidate, Ailes is left outside “with my dick in my hands” waiting for the meeting to start — and then is brought into a hotel ballroom to learn that Murdoch met with Obama without him. Ailes gets a talking-to from Murdoch, telling him to tone down Fox News’ coverage, including the constant use of Obama’s middle name, Hussein, on camera; a 2019 feature on Fox News by The Guardian confirms that this was something orchestrated internally, though it does not credit Ailes directly with the order to do so.

In real life, Ailes’ version of the Waldorf Astoria meeting, as given to Ze’ev Chafets (and readable in this Vanity Fair excerpt from Chafets’ book Roger Ailes: Off Camera), was that Obama “was concerned about the way he was being portrayed on Fox,” specifically in regard to the constant use of “Hussein” by Fox News staff.

Gabriel Sherman’s book The Loudest Voice in the Room also includes an account of the Ailes/Obama meeting, which ends with Ailes telling Obama “that he would get better treatment if he engaged, rather than opposed, Fox.”

The choice to change the scene in the series, though, makes dramatic sense, as it sets up Ailes’ ongoing resentment of Murdoch and motivates him to pursue dirt on Wendi Deng Murdoch, Murdoch’s wife (the hit piece that Ailes attempts to place with Gawker, as seen on the show, never appeared to run). Also, while many of the public figures the show has so far depicted are not terribly well-known to audiences, finding a believable Obama impersonator who’s not the very busy Jordan Peele is a tough thing to accomplish. 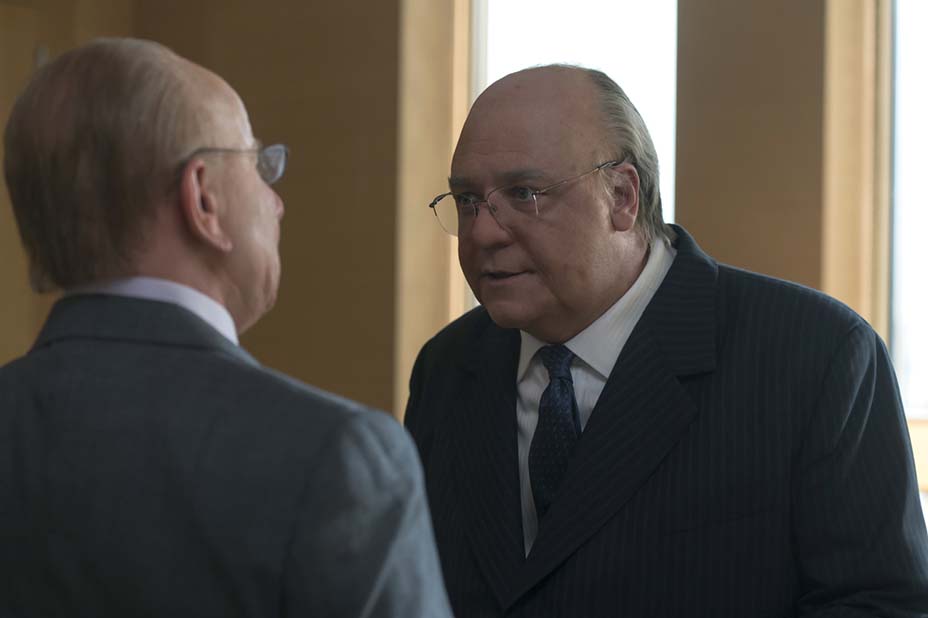 While discrepancies like this exist, the consistent truth that comes out both in The Loudest Voice and all the reporting surrounding the 2008 election is that Ailes felt “personally betrayed” by Obama’s eventual victory.

“I have people on the right in my family, very close to me, who have a similar belief about Obama,” Metcalf told The Hollywood Reporter. “You see it all the way through Trump and the allegiance of all of Trump’s people — this idea that our America is lost and we need to get our America back. And I really see that, especially with an older generation of white men, honestly, you know, that I think Obama really crystallized a fear for them. And Roger really felt that.

‘Loudest Voice' Boss: "By No Means Is This a Left-Wing Screed"

Obama, of course, would go on to become Fox News’ primary target, and a key factor in cementing its place as the No. 1 cable news network. Meanwhile, Ailes would continue to sexually harass the women who worked for him — an issue which begins to take center stage in “2008,” even as he becomes more invested in finding a candidate who might one day take back the White House for people who would, in Metcalf’s words, “support his point of view. That, of course, is the drive to Trump.”

The Loudest Voice airs Sundays at 10 p.m. on Showtime.

How 'The Loudest Voice' Depicted 9/11 From Fox News' POV