Even though Louie Anderson’s mother died more than three decades ago, it hasn’t stopped her from being a stage mom. Particularly when it came to her son landing his career-capping role as Zach Galifianakis‘ mom on the FX series Baskets. “I believe my mom somehow orchestrated this,” explains the 64-year-old comedian, who has said the character of Christine was very much modeled after his mother. “I’m sure she kept pestering God until he gave me the part.” As a result of this divine intervention, Anderson took home a sup­porting actor Emmy in 2016 and received a nomination in the same category in July. He spoke with The Hollywood Reporter about the emotional impact of last year’s win and why he had to work harder in Baskets‘ second season.

That was an overwhelming moment on many levels. It was the spiking of the football, the fat kid finally making the touchdown. It was a chance to honor all of my brothers and sisters and my mom and dad and all the people around me. It gave me a chance to say, “I’m glad I didn’t squander any of my performance in this show. I’m glad I never complained. And I’m glad I never said no.” The Emmy for Baskets represents where I am in life.

What did you do with the statuette?

For a while, I kept it right by my bed. So every time I would lie there and see it, I’d thank my lucky stars realizing what an accomplishment it has been to win it. It also gets me thinking about how hard work does eventually pay off. It’s hard to realize that when you’re young, invincible and full of yourself, but as you go along, you realize life’s a journey and hopefully you’re doing more for others with your work than you are for yourself.

Zach Galifianakis on His 'Baskets' Brawl and the Emotions of Arby's

Casting you as a mother easily could have been dismissed as a gag. How did you avoid being just “Louie in drag”?

I think that’s the difference between year one and two of the show. In the second season, I think it was no longer me up there. At least I didn’t connect with it as me. In the first season, I saw a lot of things that were not organic and natural, so I made sure I didn’t do that in the second season. I deliberately have not let people call me “Louie” on the set. I don’t hang around much after I’m done shooting, and I don’t hang around in Louie’s clothes.

How has this role changed the way you work?

Baskets has taught me to not hold back and instead let it all hang out. If you get a second chance the way I have, don’t take it for granted. I’ve had a lot of chances, and when you’re young, you think they’ll last forever. I thought I’d do the cartoon forever or host Family Feud forever. I thought my parents and brothers and sisters were going to live forever. Then life comes along, and I didn’t do the cartoon or Feud forever. I didn’t have the opportunity to make more pilots and sitcoms. People did die. We all have a finite amount of time, so I don’t want to be twiddling my thumbs when an opportunity like Baskets and Christine comes along. 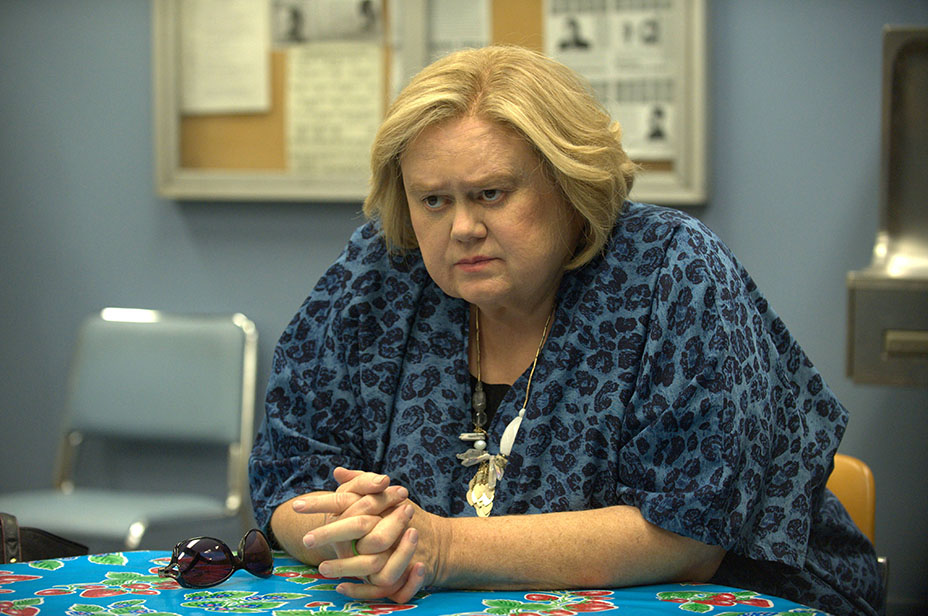 What reactions have you gotten from fans of the show?

I’m always amazed when somebody comes up and tells me, “I don’t even know how to say this, but, with Christine, you just made me feel better about my life. You made me feel hopeful.” I also get lots of, “You made me think of my mom or grandma.” And I get lots of this: “I wish Christine was my mom.” I see a profoundness in how they feel about the character, and I get a little emotional that I mean that much to people.

Now that the TV Academy already has honored you for Baskets, will you be more relaxed at the Emmys?

Actually, I’ll be on the verge of tears and a nervous breakdown. I’ll have it all going on. The tears and nerves because this is a big deal. I get to vote in this category, and when I saw the number of people who were up for the award and the work they represented, I was so humbled that out of all them, I was again chosen to be a part of that group. It’s a miracle. I guess I should play the lottery. I feel so lucky.