Though theaters were closed during summer 2020, U.S. audiences weren’t completely denied a blockbuster. HBO’s Lovecraft Country ­— a drama about a Black family in 1950s Chicago battling both monsters and some seriously messed-up white people — blended action, sex, horror and timely commentary on America’s insidious history of racism for gleeful critics and an audience of 9 million multiplatform viewers to date. “The [resources] we have on this show — it’s amazing,” says writer-producer Misha Green of the unexpected follow-up to her previous series, WGN’s comparatively modest Underground. “It’s the equivalent of going from an independent film to a Marvel movie.”

With the first season now concluded, Green, 36, spoke with The Hollywood Reporter about subverting any expectations for the sophomore run and her plans to bring more people of color into horror and other genres.

This is your first project as solo showrunner. How do you think your cast and crew would describe your leadership style?

Oh, it depends on who you talk to. (Laughs.) I think that they would describe it as direct and empowering. I feel like a lot of people come to set and say, “It’s been so long since someone asked me what color I liked.” But you’re the costumer! What do you mean no one is asking you what color you like? The whole point is for you to bring your zhoosh to the moment. If you’ve got something doper than what I have come up with, let’s use it. Because it’s not just about what I want. If we just do what I want, we’ll be fine. If we build on that, we’ll be more than fine. We’ll be amazing.

You worked for Kurt Sutter and Tim Kring early in your career. Did you learn anything from those rooms that you wanted to — or didn’t want to — apply to your own show?

I didn’t even think like that early in my career. I showed up to Sons of Anarchy, like, “I’m writing on my favorite new show of last season and I get my own office? This is amazing.” I try to hold on to that feeling every time because it’s so easy to lose the joy in this business. Forget all the bullshit. Focus on getting to create this thing that someone is going to watch and maybe feel like I did when I was 15 — watching Buffy the Vampire Slayer in my room, thinking, “This is fuckin’ amazing.”

Lovecraft is pretty graphic. What scene inspired the most debate?

Everything. Nothing was easy in that writers room. I told all of our writers that it was going to be like therapy. I wanted to get underneath what it means to be a Black family in America and all of the issues that come with that. And, being such a genre fan, I’m also a gore fan. This is a gore show, too. And it’s premium cable, so we can go there.

In addition to gore, there’s a lot of great musical sequences and dancing. Does Jurnee Smollett have a dancing clause in her contract?

Yes, there is a contract in my head. I like dancing. I like singing. I like monsters. I also happen to like sex, and I think that’s a great combination for an HBO show.

Episode seven of this season was your first time directing. What did you learn?

I learned that being a showrunner is just like being a director. I was like, “Oh I’m already doing a lot of this stuff.” I just have to make choices and frame things up and then go whisper in the actors’ ears stuff like, “Just hit that line like that, OK? It was fun, except you have to sit on set for like 12 hours a day. After rehearsals, I’m like, “great!” And they’re like, “No. Now we have to shoot it, Misha.” But we just did the fun part where we figured it all out! So this is also what I’ve learned: Never tell the crew your shot list, because if you get bored and I want to move on, they’ll say, “No, we’ve got two more set-ups. You said.”

Do you know what draws you to the genre? 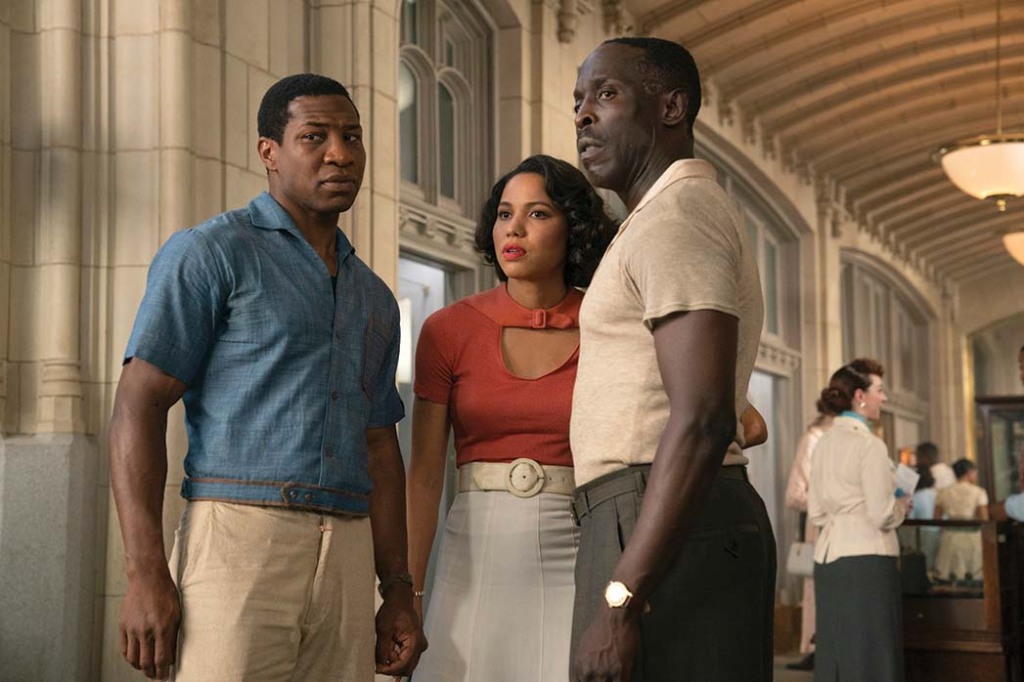 How much have you plotted for future seasons?

You’re supposed to say you know seven seasons of the show in your mind and you know exactly how it’s going to end. No. I think that we’ve done some things in these last episodes that are going to lead to a wild season two. [The season one finale aired Oct. 18.] What’s in mind right now is going to go to a place no one is expecting. I’m very excited about continuing to challenge the genre space and for this idea of reclaiming genre space for people of color. There’s season after season you can do on this. There’s so much genre space that is untouched by people of color — and not just African Americans.

And that’s obviously something people are talking about a lot more at the moment.

People are like, “It’s just such a moment right now for this, right?” It was a moment back when we were doing Underground. It was a moment before then and before then and before then. I’m excited because this moment can be a filter for it, because it does feel like more people are becoming aware — and, instead of looking away, looking straight at the thing. You always want your art to be speaking to the moment, to the times, to what is going on. For this to show to come right now, I hope it’s adding more to the conversation and I hope more conversations are happening because of it.

You’re writing a Cleopatra Jones update. But, as a horror fan, what other remakes would you like to tackle?

I’m still very much excited about making Cleopatra Jones a female Black Bond. But I would love to do a limited series of Stephen King’s It. It’s my favorite novel of all time, but it’s such a thick book that you need time to sit with every character and really get into their fear. You could do a two-hour movie, but imagine a seven-season It. And something with vampires. We need new vampires.

Twilight kind of killed vampires for a while.

Have any offers like that come through since Lovecraft took off? Any noteworthy cold calls?

That’s not happening, no. It’s an interesting and strange time for the business. People aren’t sure when movies and stuff will be coming back in a way that’s viable. I think that’s part of it. Also, there’s just a lot of shit going on in the world.

Hollywood's 50 Most Powerful TV Showrunners of 2020