In an episode of Lovecraft Country that clocks in at under an hour, Aunjanue Ellis crams in an entire career’s worth of roles. Her character, Hippolyta Freeman, a 1950s widow, ricochets through space and time — embodying one of Josephine Baker’s backup dancers, a Dahomey Amazon warrior and an azure-haired cosmonaut.

For any other actor, that might be the zenith. But, at 51, Ellis is ignoring expectations of how a résumé should look. After decades working in smaller features (The Caveman’s Valentine) and down the call sheet on TV series (The Mentalist), she got an adrenaline shot with a stunning lead turn in the 2015 miniseries The Book of Negroes. In 2019, she scored an Emmy nomination for her work in Ava DuVernay’s When They See Us. And in 2020, she wooed critics and audiences with her work in HBO’s fantasy Lovecraft Country and Lifetime’s musical biopic The Clark Sisters: First Ladies of Gospel. The recently wrapped production on buzzy drama King Richard — in which she plays Oracene Price, mother of tennis legends Serena and Venus Williams — sets her up for another auspicious spin around the sun.

Home for the holidays in her native Mississippi, Ellis reflected on her hot streak over Zoom in late December — revealing she’s anything but satisfied. She wants bigger roles. She wants bigger paychecks. She wants to tell stories about real Black women, ones overlooked by both history and popular culture for far too long. And she’s more than eager to put that out there.

So you just wrapped the movie King Richard in Los Angeles. What’s set life like with the pandemic surging the way it’s been?

I was telling my friends, “Pray that I get through these next three weeks.” They were like, “Oh, you hate this job …” No, I loved this job! It was really a plum job. It’s getting tested three times a week, sometimes twice a day, and just praying to God that you’re negative every time — that I cannot take. I am [normally] the most uninvolved person outside of “cut” and “action.” I am totally zoned out. But because of [COVID-19], I’m like Miss Police. “Are you wearing your mask?” “Put your face shield on!” “Somebody went to the movies last night?” I’m just monitoring everybody. 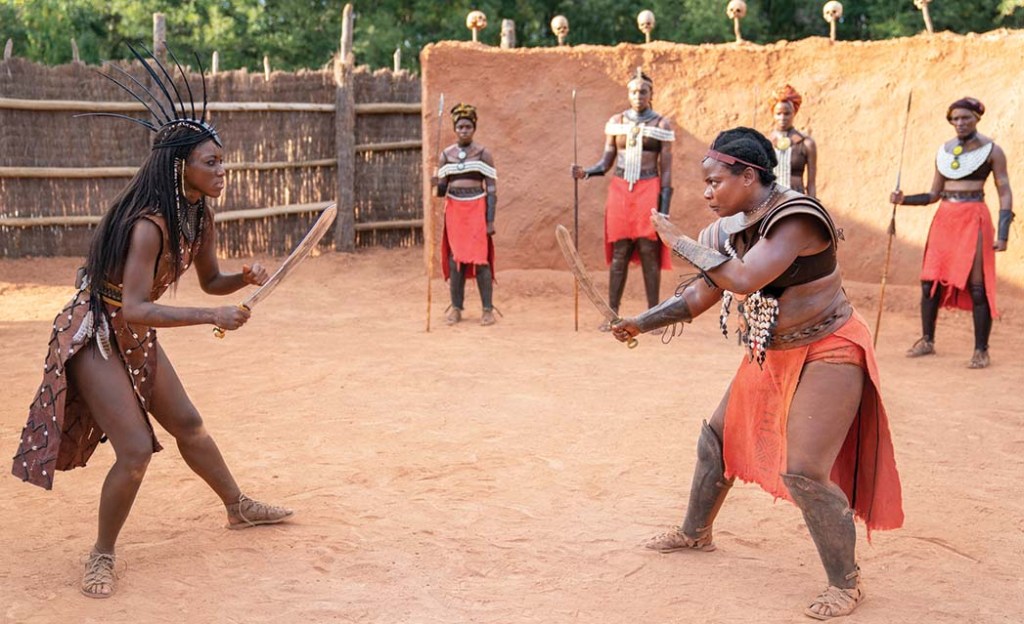 This caps a pretty marquee year for you. You had The Clark Sisters, Lovecraft Country and, after years of activism, the Confederate flag finally came down in your home state.

Thank you. I accept that, as far as that flag is concerned, for a whole bunch of people who were involved in making that happen — including George Floyd, unfortunately. It was a monumental moment for my home.

Was it strange finally seeing Lovecraft come out? It’d been over two years since you shot the pilot.

It just disappeared. It went into the ether. We didn’t hear anything, so I didn’t know what was going to happen. I literally did not know whether we were going to go into production until maybe a month before we did. I did When They See Us and The Clark Sisters in between.

So much of your character is revealed in the second half of the season. Did you even know what you were signing up for?

It was really interesting the way that they did it. I was fine with it, in terms of her presence and not being in a whole lot in the first few episodes. They’d tell me, “Wait till episode seven.” When we finally got there, I didn’t want to read it and then be disappointed if I have five more lines than I had in episode one, you know? But I did read it and then it was just … nuts. 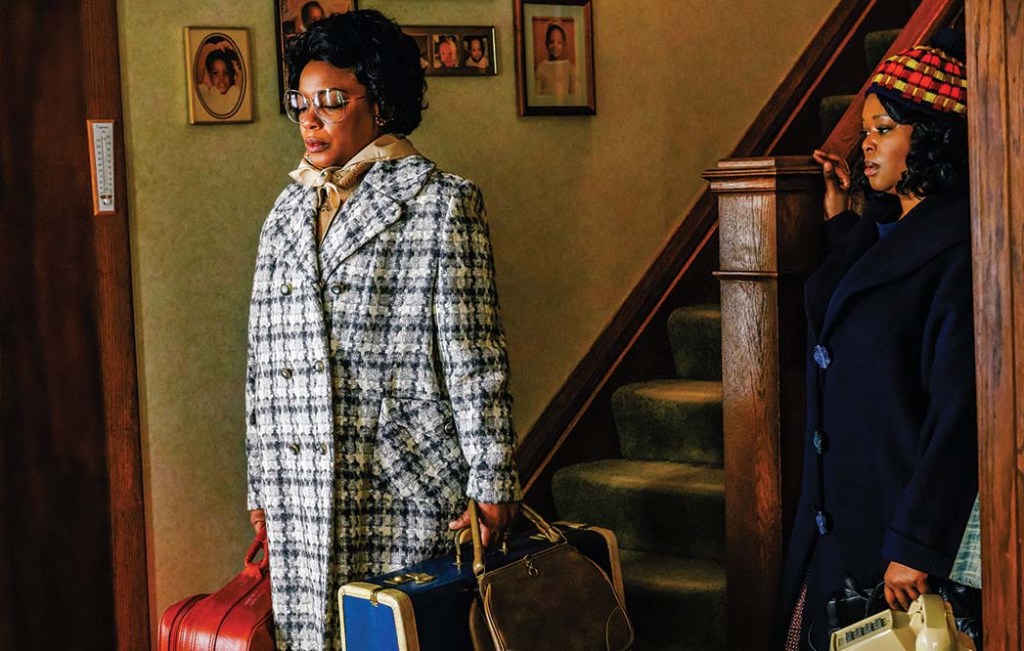 Narratively and visually, it is just such a wild episode. How did you digest it?

I had to really compartmentalize what I did. If I had approached it with all of what it was going to end up being onscreen, I would have been a mess. Because you read that and you go, “OK, this is the embodiment of Black Afro-centrism as articulated through the 2020 Black woman.” That’s a lot.

I tried to stay focused on what I felt like Courtney Vance and I were able to tap into in the first episode — that it was about a woman who was in love with her husband and her kid and was a pillar of her community. She’s one of those women who is relied on by everybody, but she has a void in her life, this itch that she needs to scratch.

I think this is such a testament to the brilliance and genius and vision of [showrunner] Misha [Green]. I kept it as grounded as possible, and then they came in with all the bells and whistles and the special effects.

Is it noticeably different on a set where they’re spending that much money?

Ohhh, child … I usually do television where everything is quick. You do two takes, and that’s it. God bless you! If you don’t get it, you don’t get it. But they just were trying to get it right. And if it wasn’t right, you do it again and again. They did a lot of reshooting from the pilot. HBO had a huge investment in wanting to make Lovecraft what it is, and you could see the money in that. It is a far cry from my little independents.

When was the last time you were sure you were on the right path — and, on the flip side, when have you doubted having gotten into this line of work?

From the outside, someone could look at my last couple of years and think, “This chick … She’s working with an incredible community.” And that’s definitely true, I don’t disagree. I have been very, very fortunate with that. The other side is … I want more. I want to feel like my work is not in vain. And, unfortunately, that sometimes happens when you don’t get nominated or you don’t get the jobs that you want to get. I cannot sit here and say that I don’t want those bigger jobs. And I definitely want to be paid more than I get paid. I shouldn’t be ashamed of saying that I want to be paid comparable to what my male colleagues get paid and what my white female colleagues get paid. It is absolutely fair, just that that happens. So yeah, there are times when I look around on set, and there’s Will Smith or Ava DuVernay and I’m like, “What?” But then I look at my paycheck and I’m like, “OK, I should be paid more for what I do.”

On the awards side, there was a lot of surprise that you didn’t get an Emmy nomination for The Clark Sisters.

One of my representatives said that the more hardware you have, the more opportunities you have. It’s not necessarily because I want accolades for the sake of accolades. You have to feel good about what you’re doing. But that’s just the reality, so I just have to keep fighting for that.

Are you familiar with the Bechdel test, where work isn’t really doing women justice unless two female characters have conversations without mentioning men?

Yes, very much so.

The Clark Sisters passed the test better than anything I’ve seen in a while.

As much as I am an actor in film and television, I’m also a consumer of film and television. I grew up with it, going to the movies with my mother. I have been thinking about this since I was a kid — about the erasure and the absence of Black female genius, the genius of women in general. At this stage in my life, whether it’s acting or writing, it’s important for me to fill in those gaps.