Riverdale said farewell to Luke Perry during Wednesday’s episode, which was the final one the beloved actor filmed before the stroke that claimed his life in March. Perry’s passing sent shock waves through the industry, and his understated final appearance as Riverdale father figure Fred Andrews is a reminder of exactly how much The CW’s dark, outlandish Archie Comics reboot will lose without his presence.

In a show whose plucky teenage heroes are under constant threat from a variety of monstrous adults — often including their own parents — Fred stood out as a kind, loving and genuinely decent father to KJ Apa’s Archie, a grounding force both for the show and its characters. “As always, Fred’s imparting words of wisdom to Archie,” showrunner Roberto Aguirre-Sacasa wrote on Twitter when he described what would become Perry’s final scene. “A beautiful, true moment between a father and his son. Wish these scenes could go on forever.”

As the scene picks up, Archie is guilt-stricken after the events of the prior episode. His boxing rival Randy Ronson (Darcy Hinds) collapsed and died during a match with Archie, having dosed himself with a lethal drug he hoped would enhance his performance, and Ronson’s coach and family are eager to pin the blame on Archie.

“Son, from everything you’ve said it’s clear that Randy died from those drugs,” Fred tells his son. “An autopsy will support that. You’re innocent.”

Though brief, the scene encapsulates the warmth and humanity Perry brought to Fred, as well as his role as the show’s moral compass. He doesn’t start scheming to try and clear Archie’s name, or threaten Ronson’s family on his son’s behalf, or act in any of the impulsive ways that most Riverdale characters would. He simply listens, and reminds Archie of who he is. 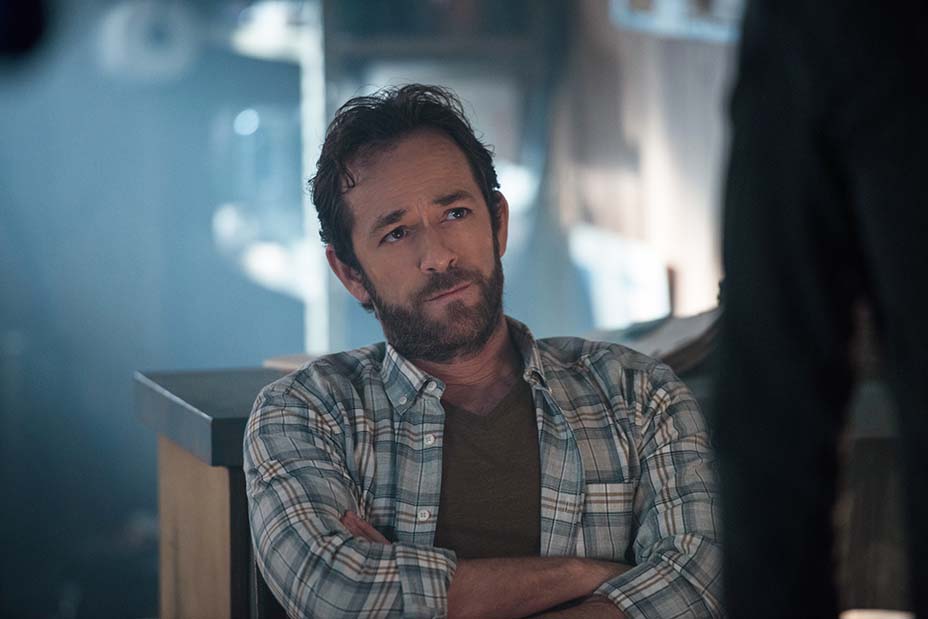 Fred does not appear again in the episode, but his scene with Archie cements the role the character has played throughout the season, in contrast to the antics of Riverdale’s other parents. Betty’s father, Hal Cooper (Lochlyn Munro), is a serial killer whose manipulative jailhouse conversations with his daughter deliberately evoke Hannibal Lecter. Veronica’s dastardly father, Hiram Lodge (Mark Consuelos), has flourished into a larger-than-life supervillain since framing Archie (his daughter’s boyfriend) for murder, and now runs a thriving empire built on drug dealing and for-profit prisons. Then there’s Jughead’s long-lost gangster mom Gladys Jones (Gina Gershon), who skips town again at the end of Wednesday’s episode after her involvement in the town’s drug wars put both of her kids in danger. Viewers will know that this is only the tip of the iceberg when it comes to questionable parenting on Riverdale.

Fred, though, has always had his son’s best interests at heart. Even his brief moments of violence are thoroughly earned; punching Hiram in the face to defend Archie in the season three premiere was a fan-favorite moment for a reason. With its labyrinthine, breakneck-pace plots and constantly shifting loyalties, Riverdale has always needed a stabilizing force like Fred.

Fred’s life has memorably been put in peril before, after he was shot by a masked gunman in the closing moments of season one, and that cliff-hanger produced one of Riverdale’s most downbeat and emotional episodes to date. While it’s not yet clear how or when he will write Fred out of the show — he’s still presumed to be alive and well by the end of Wednesday’s “Fear the Reaper” — his absence, and Perry’s, will have a profound impact both on Riverdale’s characters and on its storytelling. It’s a much darker world without the character and Perry.