[This story contains spoilers for episode seven of The Mandalorian.]

The band is back together. The seventh and penultimate episode of this season of The Mandalorian, titled “The Reckoning,” sees Mando (Pedro Pascal) reteam with Kuiil (Nick Nolte), Cara Dune (Gina Carano) and Greef Karga (Carl Weathers) in order to take on the Client (Werner Herzog) and his Imperial forces, which have overrun Nevarro and shut out the Bounty Hunter’s Guild. Directed by Deborah Chow, the seventh episode offers the most forward motion we’ve seen since Chow’s last episode, “The Sin.” While the previous three episodes have further fleshed out the state of the galaxy following the Battle of Endor, they’ve been mostly stand-alone adventures. But “The Reckoning” brings focus back to the series’ A-plot and gives us the first real inkling of the cost Mando has incurred since he last left Nevarro. Along with the return of familiar faces come further revelations about Baby Yoda and why the remnants of the Empire are so interested in capturing him.

On their journey back to the settlement on Nevarro, Mando and crew are attacked by winged creatures and Karga is gravely injured in the battle. With poison seeping through Karga’s wounds, Baby Yoda uses the Force to not only expunge the poison from Karga’s system but heal his wounds as well. While Force healing was a known ability in the lore of the Star Wars Expanded Universe, now classified as Legends, this is the first time we’ve seen it utilized within canon, the stories considered official following Disney’s purchase of Lucasfilm. Although we’ve known since the second episode that Baby Yoda possesses the Force, the extent of what he knows and how he knows it remains a mystery. The latest episode gives us some answers in regards to that, but they only raise more questions. Prior to Baby’s Yoda’s use of his Force healing abilities, Kuiil comments that the child isn’t a product of genetic engineering or cloning. Kuiil’s knowledge comes from having become familiar with the technique during his days of indentured servitude for the Empire and there’s no reason not to consider it trustworthy. This gives us confirmation that Baby Yoda is not a clone of the Jedi Master Yoda and that his abilities in the Force come naturally. 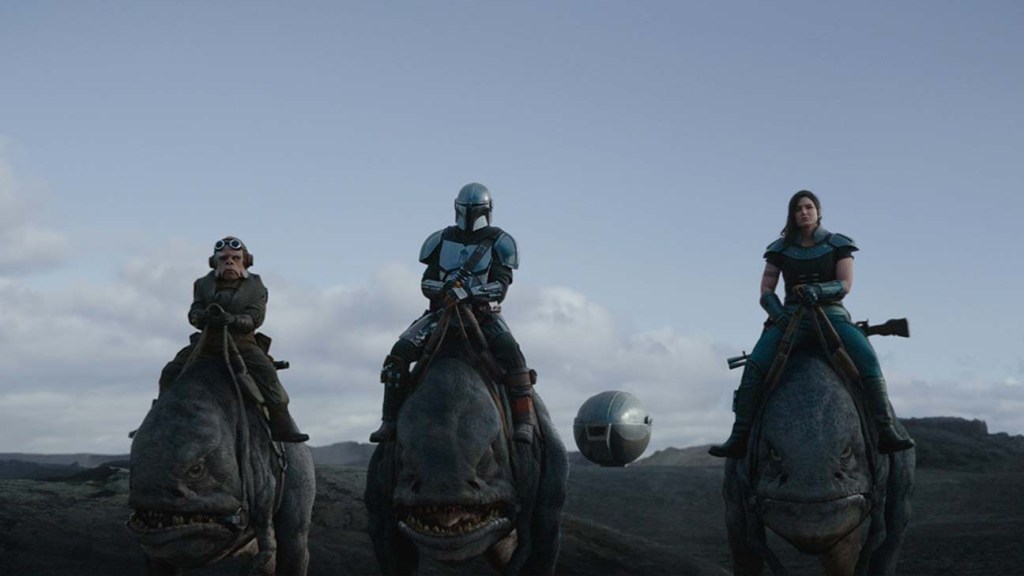 While Force healing was a common and necessary aspect in many Star Wars video games and was notably absent from the sole canonical game Star Wars Jedi: Fallen Order, it was a gift only few Force users could tap into within the stories of Star Wars Legends. Old Republic Jedi such as Barriss Offee and Shaak Ti were adapt in Force healing. And Luke Skywalker and has wife, Mara Jade, were also able to tap into this power. Dark side wielders could also use Force healing, though it came with a cost. Darth Vader was able to repair the damage to his lungs and breathe without a mask and the machines implanted in his body so long as he maintained the focus on his rage. Other Sith like Darth Bane and Darth Plagueis used variations of Force healing to prolong their lives and were said to hold power over life and death, going as far as being able to create life from midi-chlorians.

We’ve know that remnants of the Empire were deeply invested in procuring the child since the first episode, but the reason why was purely speculation. Were they looking to harvest his abilities? Did they hope to create a new Sith ruler out of him? While we still don’t have a clear answer yet, “The Reckoning” does give us a better idea of what the Imperial officers are after, though there may be some dissension within the ranks. Before Mando and his crew can take him out, the Client is seemingly murdered by a team of Imperial Death Troopers (the black-clad stormtroopers who debuted in Rogue One), led by Moff Gideon (Giancarlo Esposito). This new adversary has an investment in Baby Yoda that far outweighs any lingering loyalty to the Client, and he tells the Mandalorian that the child means more to him than the rest of them could possibly understand. So the question then becomes, what does Gideon need Baby Yoda for?

There’s a chance that Gideon is after Baby Yoda for personal reasons, a dying partner or family member. Yet, that seems too mundane for all of the fuss. It also crossed my mind that Baby Yoda could be the way in which Palpatine is resurrected, but given The Rise of Skywalker’s release Thursday night, it seems doubtful that the film will be so intimately tied to the streaming series  (I have not yet seen the new pic.) But what does seem plausible is that Gideon is seeking Baby Yoda’s Force healing abilities in order to save the life of a new leader. Before he’s blasted through the chest, The Client asks Mando if things really have improved since the collapse of the Empire. The Empire brought order, commerce and jobs, while the New Republic has led only to violence and poverty. The Client is clearly overestimating the interests of the Empire, but based on what we’ve seen from the Outer Rim worlds on The Mandalorian so far, he does have a point. The revolution of the Rebellion has brought more conflict, much of which the New Republic remains blind to, and there are surely those beyond the Client and Gideon who would seemingly benefit from the structure of the Empire.

The remnants of the Empire will eventually reform in order to form the First Order. We don’t know exactly how long the First Order has been in power when we’re introduced to them in The Force Awakens (2015), but the film takes place approximately 25 years after this first season of The Mandalorian. That means Supreme Leader Snoke (Andy Serkis) is very much out there in the wild, ready to rise to power at any moment. Snoke is heavily scarred when we first meet him, suggesting that he was part of some horrific accident or battle. While The Rise of Skywalker may give us more answers about Snoke’s origin and place in the story, we can’t help but wonder if Gideon is seeking Baby Yoda so that he might heal the dying and disfigured Snoke and return the galaxy to his own twisted version of order and justice. With one more episode of The Mandalorian left for the year, answers to this mystery might be right around the corner.

How 'The Mandalorian' Is Setting Up the Long Game