The first batch of delayed-viewing ratings shows some promising returns for a couple of new series and continued strength from some of the biggest shows on network TV.

As ever, delayed viewing makes the ratings-rich richer and the poor a little less poor (to borrow a phrase from the longtime network executive who goes by the Twitter handle Masked Scheduler). The first set of live-plus-3 figures from Nielsen for premiere week bear that out — although there are a couple of hopeful notes for new shows that were further back in the same-day rankings.

As of publication time, three-day figures are available for Sept. 24-26, and NBC’s Manifest is far and away the top new show to premiere so far. The drama, which was also the top-rated new show of the week in the same-day ratings, grew from a 2.2 rating among adults 18-49 to a 3.6 — the biggest gain for any show so far (This Is Us is second with a 1.3-point gain).

'Rings of Power' Debuts at No. 1 on Streaming Chart

'Game of Thrones' Outdraws 'House of the Dragon' on Streaming Chart

NBC’s other new drama, New Amsterdam, has both the second-largest gain among new shows (+0.9) and the second-best three-day rating at 2.7.

Here is how the new shows stack up. 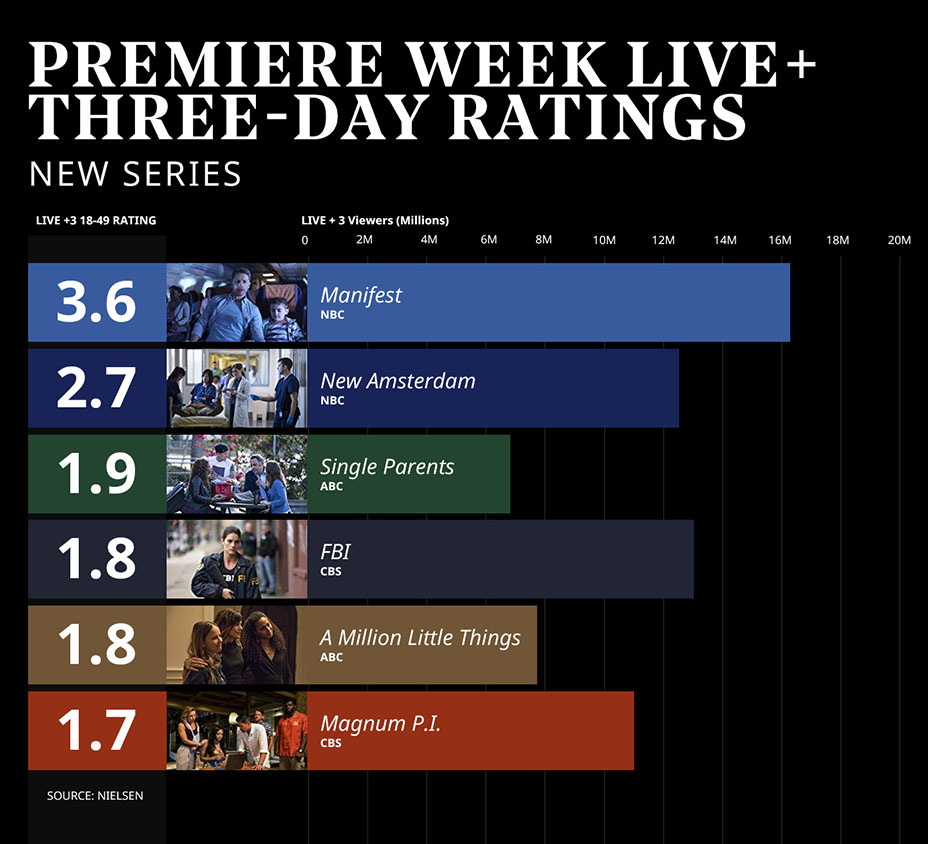 ABC drama A Million Little Things was on the lower end of the same-day ratings with a 1.1 in the 18-49 demo. But its gain of 0.7 takes it to the middle of the pack. Its immediate lead-in, the comedy Single Parents, is at 1.9 after three days. Both CBS premieres, Magnum P.I. and FBI, added a half-point to their 18-49 ratings and a little more than 2.8 million viewers each. Those are the third- and fourth-largest viewer gains behind the two NBC shows (5.72 million for Manifest and 3.87 million for New Amsterdam).

Among all network shows, This Is Us and The Big Bang Theory are at the top of the 18-49 heap, as was the case for nearly all of the 2017-18 season. Those two and The Good Doctor — last season’s top delayed-viewing performer among new series — were the only shows aside from Manifest to add more than a point to their 18-49 ratings over three days.

Returnees 911, Young Sheldon, Empire and The Voice round out the top 10 among adults 18-49 after three days. 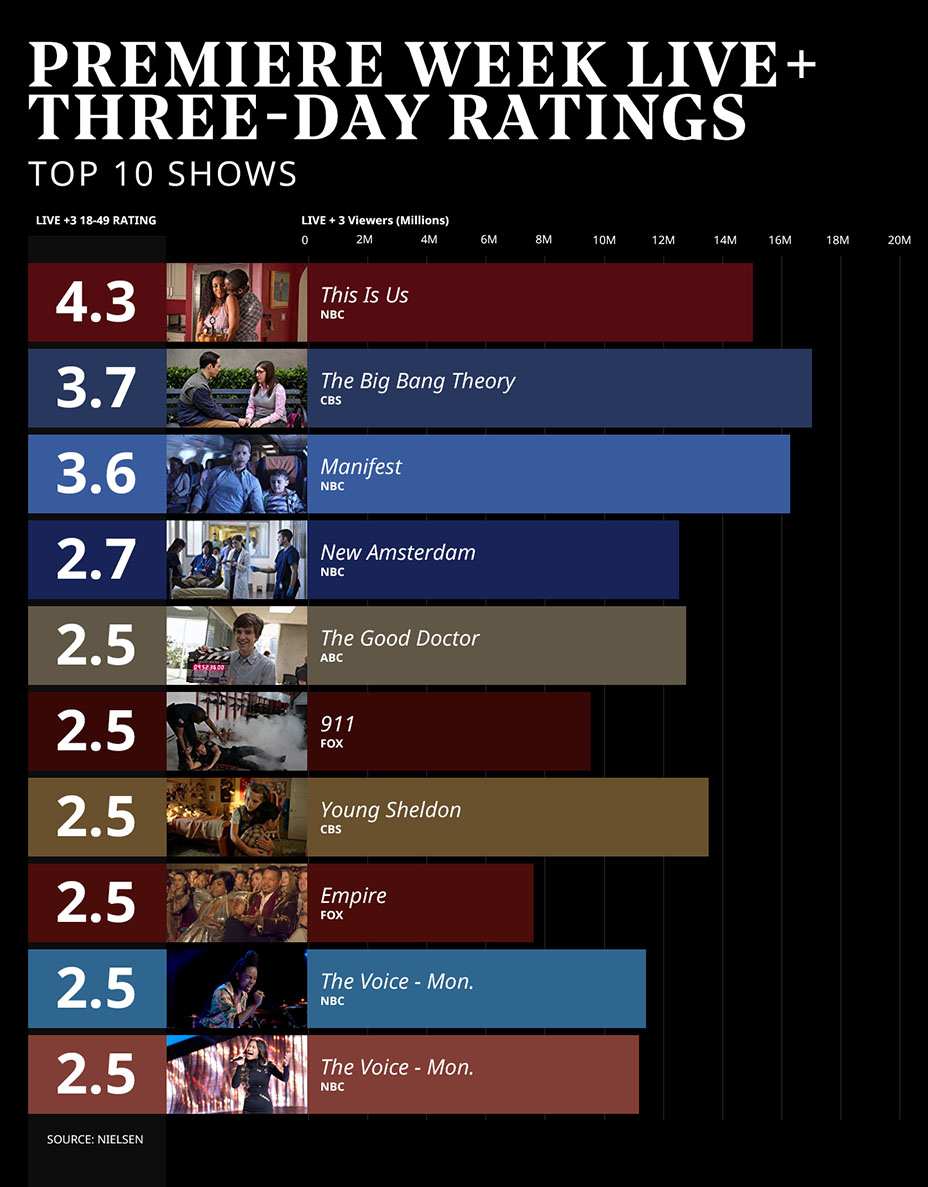 More audience is always better, of course, but the true currency of the business are commercial ratings over three and seven days. The “C3” 18-49 numbers for most shows tend to be a little better than the same-day ratings but not as high as the live-plus-3 marks.