As the 50th anniversary of the 1969 Manson murder spree in Los Angeles continues to usher in re-examinations of the “family” leader and his followers, a new two-hour Oxygen special focusing on the young women in Charles Manson’s orbit reveals that four of them hold complex feelings about him and whether he is responsible for the crimes his followers committed.

In Manson: The Women, which premiered Saturday, Catherine “Gypsy” Share, Sandra “Blue” Good, Lynnette “Squeaky” Fromme and Dianne “Snake” Lake look back at their time in the “family” and express different views on the share of guilt that the former members who committed murders in Manson’s name deserve. Those killed by Manson family members included Gary Allen Hinman, Sharon Tate, Jay Sebring, Abigail Folger, Voytek Frykowski, Steven Parent and Leno and Rosemary LaBianca. All were murdered in 1969, by which time Manson had convinced his family members that outside forces were seeking to destroy their commune at the Spahn Movie Ranch in Los Angeles County and that family members had to start a “revolution” to defend themselves. Manson Family members including Bobby Beausoleil, Bruce Davis, Susan Atkins, Patricia Krenwinkel, Leslie Van Houten and Charles “Tex” Watson were all convicted for murders committed that year.

Share, who was not involved in the murders but did prison time for armed robbery later, expressed that she felt badly for members in Manson’s sphere who she believed killed because they were brainwashed: “I felt very, very sad for the victims. … I also feel very sad for the young people who were turned into murderers,” she told the Oxygen filmmakers.

Fromme, who was jailed for a separate assassination attempt of President Gerald Ford in 1975, held a very different view of the women’s responsibility for their actions: “Is he responsible for anything about us? I don’t feel that. We weren’t raised by him.” 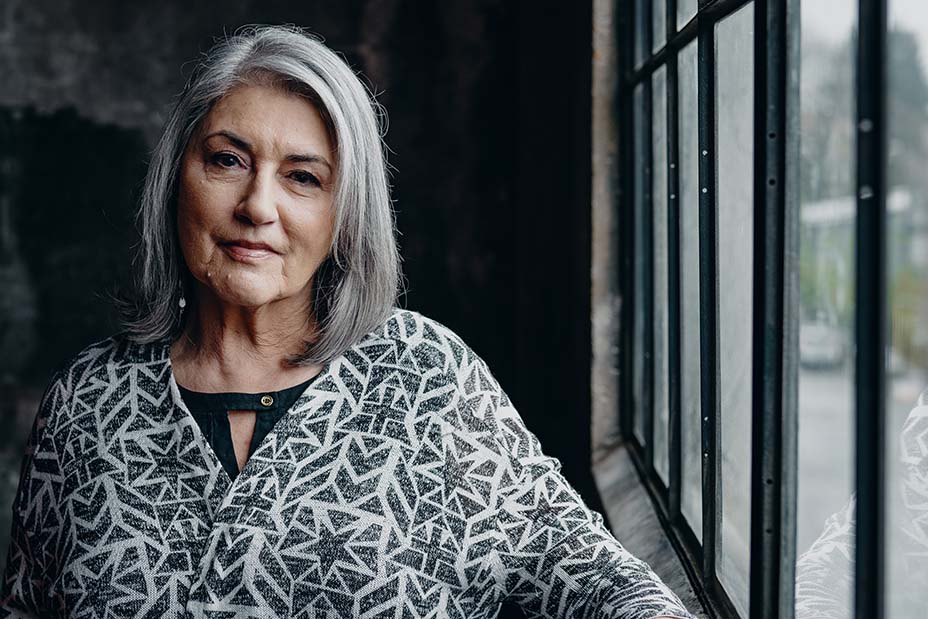 Good, who was in jail during the time of the Tate and LaBianca murders for using stolen credit cards, defended some of her former Family members. “Just because a person kills does not made them evil and bad,” she said. “I knew these were warm, good [people].” Further, Good seemed to argue for the validity of the Manson Family crimes: “How can you point the finger at us and call us evil for being good soldiers and doing what needed to be done?” she told the filmmakers.

At a separate moment, Good pushed back against the notion that the Manson Family’s crimes were “evil”: “You want to talk about devils and demonic and immorals and evil, go to Hollywood. We don’t touch the evil of that world. We don’t even skim it. However, we did skim it … it needed to be touched,” she said, seemingly referring to the murder of Tate.

Oxygen’s special began by setting the scene that saw several women fall under Manson’s control: In the ’60s, experts and former Manson followers noted, young people were experimenting with drugs and “free love” and increasingly distrusting traditional authority due in part to the Vietnam War and the fight for civil rights. All of the women who fell into Manson’s orbit were between the ages of 13 and 24 and were runaways, homeless or feeling ill at ease within society. When they met Manson, they joined a group of other free-wheeling women who traveled the country in a bus. Lis Wiehl, the author of Hunting Charles Manson, noted that it wasn’t just Manson’s allure that created the commune. “Women wanted to befriend other women, so there was that factor as well, that these women liked each other,” she said. 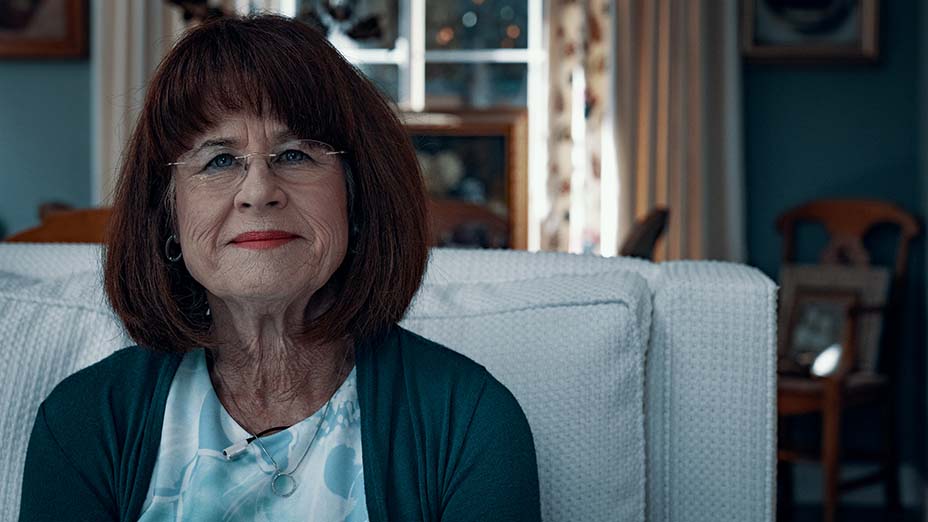 When the group grew beyond 20 individuals, they settled at the Spahn Ranch, run by rancher George Spahn, who allowed them to stay there so long as the women worked for their board. The women describe their isolation, not only from non-Manson Family members, but also from information; the ranch was without electricity, books and calendars. They began taking frequent LSD trips with Manson, wherein he would describe the coming “revolution” that they should prepare for. “For a long time, Charlie talked about more esoteric kind of things. But after a while, he started talking about the fact that there was going to be a ‘revolution,'” Share recalled. “As time went on, he talked about it more and more, and he was just saying that it was going to start.”

Several of the women also recounted how Manson exerted control over them. Lake described how she hoped Manson would “make love” to her the way he did the first night they had met, when she was 14 years old, a moment that made her feel especially loved. She, however, was being raped and sodomized during her time at Spahn Ranch by Manson even as she harbored these hopes. Share, for her part, said that Manson implicated the women in his desired actions by asking leading questions. “It wasn’t as if he was telling people what to do and being bossy and commanding. He’d ask questions like, ‘What do you think about this?’ ‘Should we do this?,'” she said. “If you agreed, then you were, like, giving your word that you would do it. But you didn’t think that, you were being told what to do.”

“I had to have a feeling of safety. Safety has always been a big issue with me,” Good said as to why she felt compelled to stay with Manson’s group. 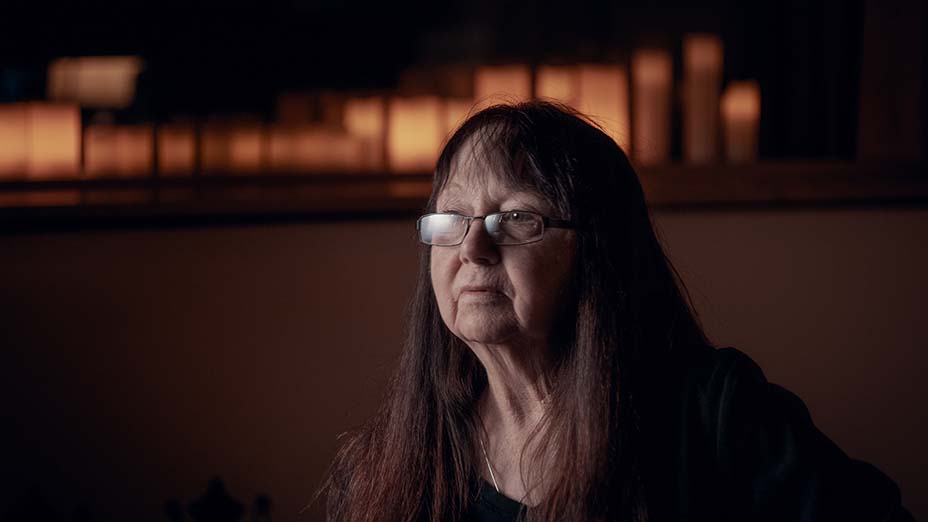 Manson convinced the group that the “revolution” began when Beausoleil went to jail for the murder of Hinman in a drug deal; to free Beausoleil, Manson convinced his followers, they should commit more murders and frame their enemies for those crimes. Though the women interviewed in Manson: The Women say they learned of the Tate and LaBianca murders only after they were committed, several of them defended their former Family members’ actions. “They weren’t bloodthirsty. They were doing what they had to do,” Fromme said. “War is not murder,” Good added, speaking to the logic that the women were working for Manson’s “revolution.” Lake, on the other hand, said she was “totally traumatized” by the murders.

After Manson and other family members went to jail, Share spent some time in the same prison where Krenwinkel, Atkins and Van Houten were sent when she was convicted of armed robbery. “Patricia, at that time, she’d have all the pictures of Charlie up and then she’d tear them down. She was back and forth,” Share recalled. Ultimately, she said, her son helped her detach from Manson’s ideology. “I didn’t want him to be an orphan. There was somebody besides me that I needed to take care of,” she said.

Fromme, who was jailed after her assassination attempt of Ford in Sacramento, California (there was no round in the chamber of the gun, and she did not attempt to fire it, though she did point it at the 38th U.S. president), made an effort to explain the encounter. At first, Fromme said, she wanted to talk to the president about Northern California redwoods that she heard were in danger of falling down. “And then I thought, ‘He’s not going to talk to you.’ I thought, ‘Well, maybe I’ll bring a gun.’ I said to myself, ‘Are you going to shoot him?’ I said, ‘I’m going to go see what’s necessary.'” When she brought the gun, it was unloaded, she said, but a Secret Service agent ended up tackling her anyway. “I did get his attention,” she said. “And I did a long time for it.”

In prison, Fromme says she resisted suicidal impulses. “About every five years I would wake up and see the bars and wonder if maybe I would want to put a plastic bag over my head or something like that,” she said. “You think those things. You go through ’em, and you either do that or you quit thinking about it, you kick yourself in the butt and you do what you gotta do.”

Manson died in prison in November 2017 at the age of 83. Atkins died of brain cancer in prison in September 2009 at 61, while Van Houten, Beausoleil, Davis, Watson and Krenwinkel remain incarcerated with life sentences.