The season two finale of The Marvelous Mrs Maisel laid the groundwork for a transformative third season, as Midge (Rachel Brosnahan) leaves her former life as a housewife behind once and for all, turning down a marriage proposal in favor of going on a nationwide tour with pop star Shy Baldwin (Leroy McClain). As dramatic a decision as this is, it’s not quite as shocking as Abe (Tony Shalhoub) abruptly quitting his tenured position at Columbia — and by extension, giving up the beautiful apartment that he and Rose (Marin Hinkle) have long called home.

The Weissmans’ “classic six” apartment on Manhattan’s Upper West Side has been the show’s core setting since the pilot, and their traumatic move-out sets the tone for a season that sees every character venturing into their own version of the unknown.

“It was really emotional for all of us,” Brosnahan told The Hollywood Reporter of shooting the final scenes on the set. “We’ve all gone through a lot in that apartment, and I was surprised by how powerful it felt to leave it behind.” Shalhoub also found the experience “very moving. We’d all gotten so familiar with every inch of that apartment, and seeing it without a stick of furniture was genuinely sad. It was kind of like a death.”

For Midge, the apartment represents the kind of life she once aspired to with Joel (Michael Zegen) — during their explosive breakup conversation in the pilot, he even throws it in her face, telling her, “I don’t want this life, the Upper West Side classic-six, the best seats in temple.”

The fact that the loss of the apartment coincides with her embarking on a tour and embracing her future as a single, untethered woman is no coincidence. “I think [Midge] thinks she needed to blow up her life to get what she wants,” Brosnahan explains. “That she can’t have it all; that that idea is an illusion and that in order to be successful at this newfound dream, she’s going to have to leave any remnants of her past life behind.” But needless to say, cutting ties with her past isn’t that straightforward, and the Palladinos find ways to keep Midge and Joel’s relationship central to the show, even when she’s halfway across the country. 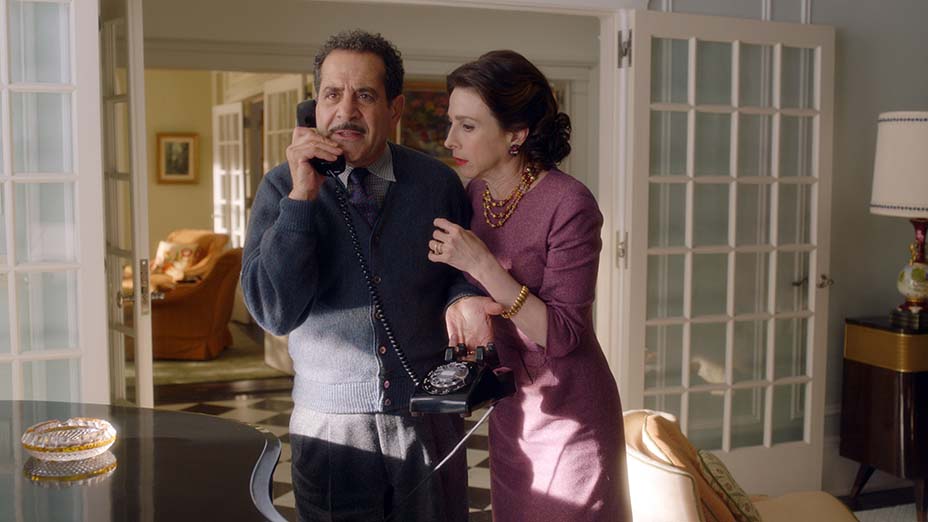 As Midge grapples with how she wants her own future to look, her boldness is having a ripple effect on everyone around her. Overwhelmed by panic about she and Abe’s imminent homelessness, Rose lashes out at Midge in the new season in a telling line: “You’ve made me passionate and independent and broke!” Discussing this moment with THR, Hinkle admitted that she was conflicted about the line at first. “I remember saying, ‘I’m a little perplexed. Can I merge all the complicated feelings I have about even saying that [to Midge]?’ Because I feel guilty… Rose wants to say to her daughter, “Thank you for changing my life because I feel like I’m growing.’ But the truth is that we don’t always want to grow. So in that moment, I think she’s blaming her and also realizing, there’s no looking back. As happens in real life when we all make shifts. We’re kind of bumping up against it and want to punch, like a little kid and have a tantrum. But the truth is that we go through it. And that’s what I love about that moment. It’s this complicated feeling of, ‘You are cracking my life open and I will never be the same, all because of you.'”

According to co-creator Amy Sherman-Palladino, Midge cracking open the lives of those around her was part of she and Daniel Palladino’s game plan since the pilot. “The minute that Joel and Midge [split] and Midge suddenly found this ambition and drive and need to pursue this, that’s automatically going to throw a wrench into everybody’s world,” Sherman-Palladino told THR at the show’s New York premiere. “Not just because of proximity to kids or no husband… but also, it’s very human when someone close to you makes a wildly outrageous choice that you never saw coming that suddenly [makes you] go, ‘Now, wait a minute? What are the choices I’ve made in my life? What’s gone right?’ Everybody is going to start thinking about where they are and what they’ve done.”

'The Marvelous Mrs. Maisel' Hits the Road in Season 3 Trailer

Shalhoub agrees that Abe discovering his inner rebel is directly tied to watching Midge embrace her own: “I think she’s a huge influence on him, and I see a lot of parallels between these two characters — the apple doesn’t fall far from the tree. They’re both fighters, they’re both advocates for themselves and they’re both pursuers of truth.”

These parallels are highlighted in season three’s first episode, when Abe goes to see Lenny Bruce (Luke Kirby) perform downtown, his interest piqued by his friendship with Midge. Despite his skepticism about Bruce’s notoriously boundary-pushing comedy, Abe is outraged when he’s escorted offstage by police midway through his set, and defends him so passionately that he ends up in a jail cell right next to him. “The fact that for Lenny Bruce it’s not just about entertainment, that [comedy] is really about a message and about freedom of speech and justice, I think that surprises Abe, and it impresses him. Here’s a guy who’s out there really putting it on the line.”

But while spending a night in jail may represent an exciting brush with rebellion for Abe, he’s far from ready to abandon his comfortable life altogether, despite his new friendship with a crowd of young beatniks who rail against materialism. “The problem is that he has a foot in both worlds,” Shalhoub says. “He’s an idealist, and he’s still got some fire in his gut, but he’s gotten very used to his creature comforts. He’s taking an enormous risk here, and he doesn’t really have a plan, and he’s putting Rose at risk too. I think he’s just praying that she sticks with him and doesn’t bail.” 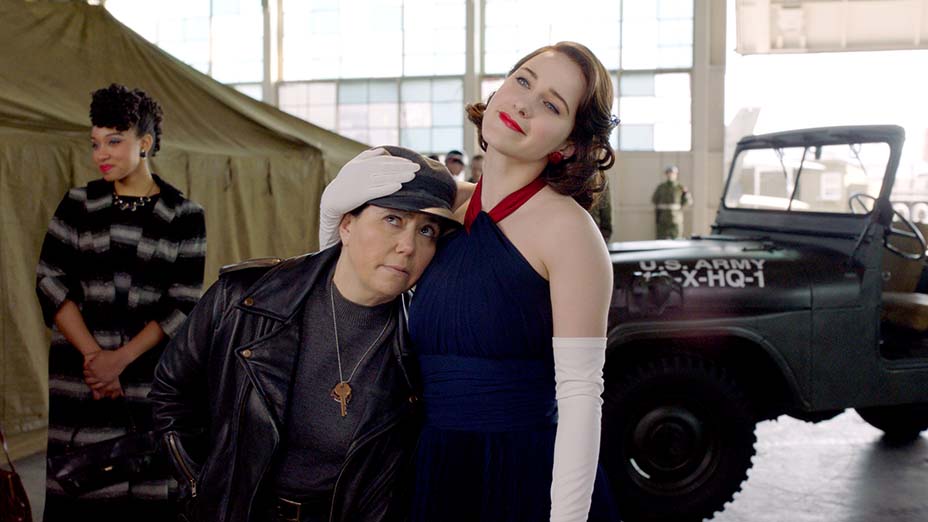 Susie, too, is breaking new ground this season after agreeing to represent Jane Lynch’s formidable Sophie Lennon, a big-name client with the ego and expectations to match. “It’s awesome to see a character that is hungry and wants something and just goes for it,” Borstein enthused to THR about Susie’s progress. “God, that’s good. I’ve always tried to be like that in my real life, but it’s wonderful to get to do that in make-believe. The stakes aren’t real for me, but for Susie they are, and it’s dangerous. She’s playing a dangerous game.”

Much of the danger is to her relationship with Midge, who doesn’t take kindly to having to share Susie with her archnemesis. “[Susie] has promised Midge a life,” says Borstein. “She has said, ‘Trust me. You don’t need someone like Joel. You don’t need a Benjamin. You come with me and I’m going to show you the life you want. I’m going to show you how to build it for yourself.’ And it’s like, can she even do this? Susie is taking on a huge responsibility, and there’s a lot of pressure.”

Jackie Strause contributed to this story.