Continue to The Hollywood Reporter SKIP AD
You will be redirected back to your article in seconds
Skip to main content
December 6, 2018 10:30am
Logo text

Throughout the opening episodes of The Marvelous Mrs. Maisel‘s second season, viewers may feel like they’re just waiting for the other shoe to drop. As Midge’s (Rachel Brosnahan) burgeoning stand-up career gradually becomes more successful, she continues to hide the truth from her family, telling increasingly hard-to-swallow cover stories about where she’s going at night.

The lie finally unravels when Midge’s two worlds collide in episode five: Her manager Susie (Alex Borstein) tags along on the family’s annual trip to the Catskills and books a gig for Midge at a local venue. In the opening moments of her set, in the middle of an elaborate bit about her sexual history in the Catskills, Midge realizes with horror that her father Abe (Tony Shalhoub) is in the audience. 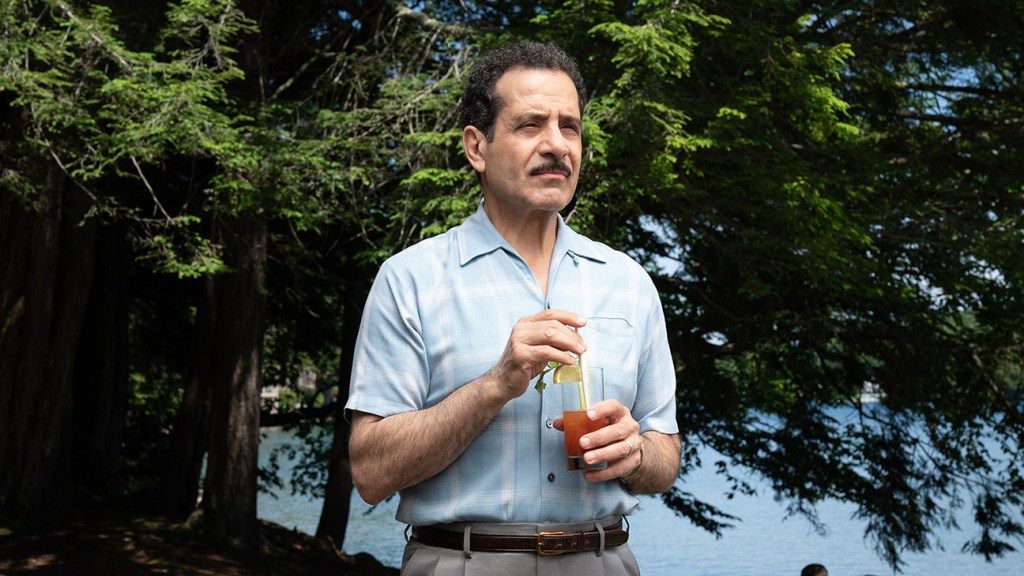 “We knew that she had to get caught, because the ruse has to end,” creator Amy Sherman-Pallladino tells The Hollywood Reporter of the scene. “We wanted it to be Abe, of all people, [and] we thought he would be the most effective person to see her.” Once she sees Abe, a panicked Midge is caught in a no-win situation; this is her biggest crowd to date, and stopping the gig is not an option. Neither, as it turns out, is censoring herself even a little bit. Rather than tone down her set for the sake of limiting her personal damage, Midge instead doubles down and delivers a series of the most excruciatingly inappropriate jokes imaginable, including a couple about Abe himself — all as he continues to watch, stony-faced.

“It’s an out of body experience,” Sherman-Palladino says. “She’s on the chandelier watching herself do it, yelling, ‘Shut up! Just stop talking!’ But it can’t happen at that point. She’s staring at her father, and these words just fall out of her mouth and she can’t even stop it. If she could just have a little delay between brain and mouth, it would all be a lot better, but she hasn’t figured out that five-second delay.”

For leading lady Brosnahan, delivering Midge’s mile-a-minute panic monologue presented a technical challenge. “Midge is a fast talker anyway, but I have never talked so fast in my entire life as in that scene.” In the days leading up to shooting the scene, she says, “I drove every single member of our crew insane, running around the set just saying that entire speech over and over again, at lightning speed.”

Just as this is the biggest crowd Midge has ever performed for, it was also the biggest for Brosnahan, and the first time she’s played a stand-up scene in front of three-time Emmy and Tony winner Shalhoub. “It was genuinely nerve-wracking, doing stand-up in front of Tony. He’s never been around for any of those scenes — nor has anybody but Alex, and Michael [Zegen] — and it was petrifying and exhilarating, and he was so wonderful. There was something really cathartic about it, to have it all out in the open and for it finally to come out in such a Midge way.”

The other major new development at the Catskills is the introduction of Zachary Levi (Chuck) as Benjamin, a very single and very handsome doctor who has yet to settle down because he hasn’t found anybody weird enough to keep his interest. Although Midge and Benjamin initially go for a rowboat date purely to appease their parents, there’s an instant spark.

“He’s such a good foil for Midge,” Brosnahan says of her new onscreen love interest. “He’s just as smart as she is, and just as stubborn as she is, and that makes for some very entertaining and frustrating scenes between the two of them. They’re both weird, and together they both make sense and make no sense at all. Zach is a wonderful actor, he’s so funny, and it was a blast to have him join our crew. We’ve been kind of a tight group for such a long time, so it was nice to have some fresh blood.”

As the season goes on, Benjamin will come to represent a second chance at normal life for Midge, Brosnahan offers. “For someone who thought her entire life had imploded, maybe it’s possible to have a second chance at the life she’d always dreamed of with someone like Benjamin.” 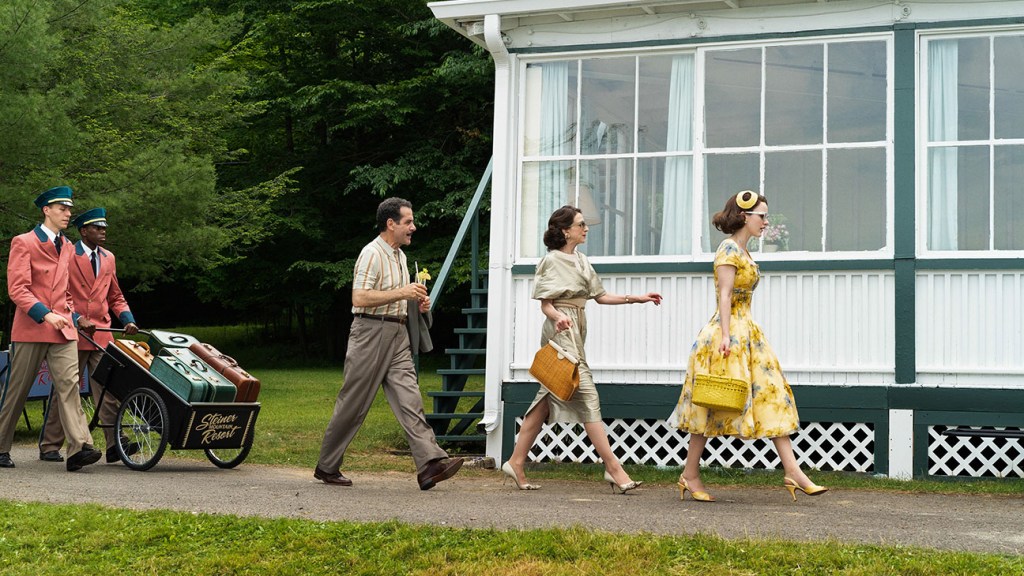 Although Levi says he would have been happy to play just about any role the show’s creators had for him — “That’s an offer you can’t refuse,” he says — he was drawn to Benjamin as an unconventional 1950s man.

“Part of the pitch was that he’s kind of ahead of his time, in that he’s bored with the gender roles of the 1950s,” Levi tells The Hollywood Reporter. “He wants to be challenged; he’s not married because he doesn’t like the idea of just some doting wife that has nothing to offer the conversation or challenge him in any way.”

Executive producer Daniel Palladino, who wrote and directed the fourth episode in which Benjamin is introduced, notes that Levi’s character is, in many ways, a better fit for Midge than her estranged husband, Joel.

“This is probably the man that Abe and Rose Weissman would have wanted Midge to end up with in the first place,” Palladino tells THR. “Abe didn’t like Joel, and I don’t think Rose thought much of Joel, either. But Benjamin checks all the boxes, especially with being a successful doctor. We’re presenting Midge with another chance, because this guy would give her that comfortable Upper West Side existence that she did truly love, before she found her voice as a comic.”

Midge wasn’t unfulfilled by that comfortable existence, Palladino points out, and the temptation to go back will be amplified as she’s confronted with the tough realities of life as a working comic. “Benjamin’s going to become a symbol for her, as the season goes on.”