[This story contains spoilers from season two of Amazon’s The Marvelous Mrs. Maisel.]

Zachary Levi is the most significant new addition to Amazon’s awards darling The Marvelous Mrs. Maisel, making his debut early in the second season as Benjamin Ettenberg, a sardonic new love interest for Midge (Emmy winner Rachel Brosnahan). An accomplished doctor who has not yet married because he’s holding out for somebody “weird,” Benjamin initially seems indifferent to Midge’s charms, but their prickly start soon gives way to a sparky connection.

And in contrast to her ex-husband Joel (Michael Zegen), Benjamin is not threatened by Midge’s blossoming stand-up career. On the contrary: He’s into it. By the season two finale, Ben is ready to propose — but Midge may not be ready to marry him, having been offered an opportunity for a six-month tour that could represent her big break.

“They were so warm,” Levi tells The Hollywood Reporter of his experience joining the tight-knit Maisel cast. “They embraced me fully, I never felt like I was a stranger or a guest, everyone was very familial. That was cast, that was crew, that was [creators] Amy Sherman-Palladino and Dan Palladino, everyone was very cool. And to join a show that’s skyrocketing to the moon is just a really dreamy situation.”

Below, Levi talks with THR about Benjamin and Midge’s relationship, the challenges of the show’s long one-shot takes and whether he’ll be back for season three after that finale cliffhanger.

How familiar were you with the show before you signed on?

I had seen the pilot, and really liked it, but I had no idea that the show had even been picked up or that the first season was one. [Maisel was developed under Amazon’s  now-defunct public pilot screening process.] Then I got an offer to join, so my first bit of homework was bingeing the first season, all in essentially a day, and I immediately wanted to be a part of this. It’s so well executed on every level, from the top down, and to get to share screen time with Rachel Brosnahan in that role — that’s an offer you can’t refuse. 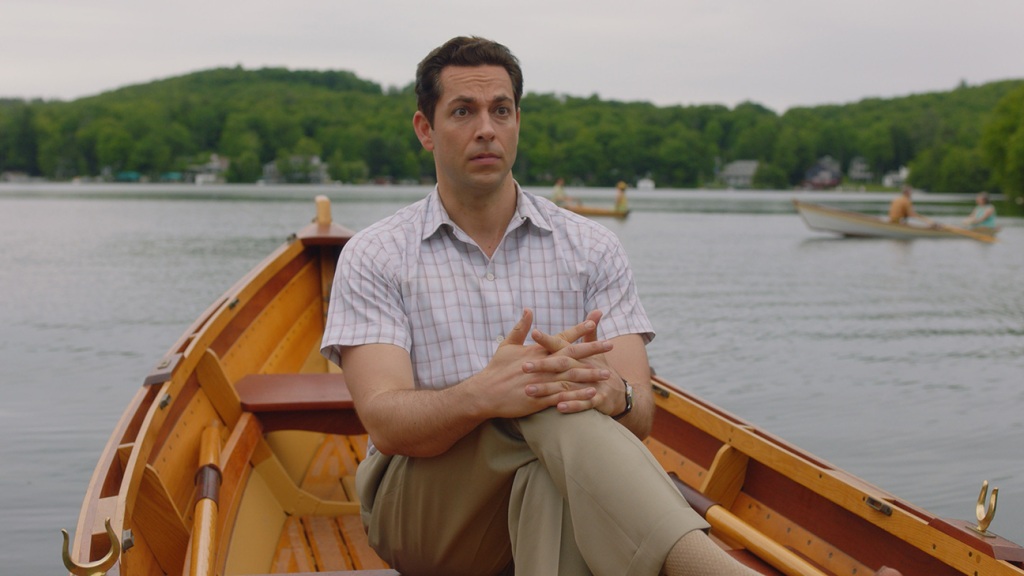 When you got the offer, what were you told about Benjamin?

That he’s a Jewish doctor in New York, his mother and Midge’s mother are trying to hook them up, but it doesn’t really go as planned to begin with because she’s a little pushy and he’s not going get pushed around and charmed in the way that she charms other people. Part of the pitch was he’s kind of ahead of his time, in that he is bored with the gender roles of the ’50s and wants to be challenged. He’s not married because he doesn’t like the idea of having some doting wife that has nothing to offer the conversation or challenge him in any way. He and Midge are both a little weird, as their parents put it, and they’re both not of their time in some ways. But honestly, he could have been anything.

In the season two finale, Midge says she’s decided to be alone, and spends the night with Joel before leaving for her tour. Does this mean Midge and Benjamin are done?

Your guess is as good as mine. I don’t know where that’s going to lead. If there’s an opportunity to come back [in the previously announced third season] and wrap that storyline up, I would love to. But a lot of stories can be told just in dialogue from other characters. I do feel like we spent a lot of time together building that relationship in the first season, so it’d be nice to have an actual face-to-face, “Hey, where are we going?” because Ben thought he was marrying her and was excited to do so. 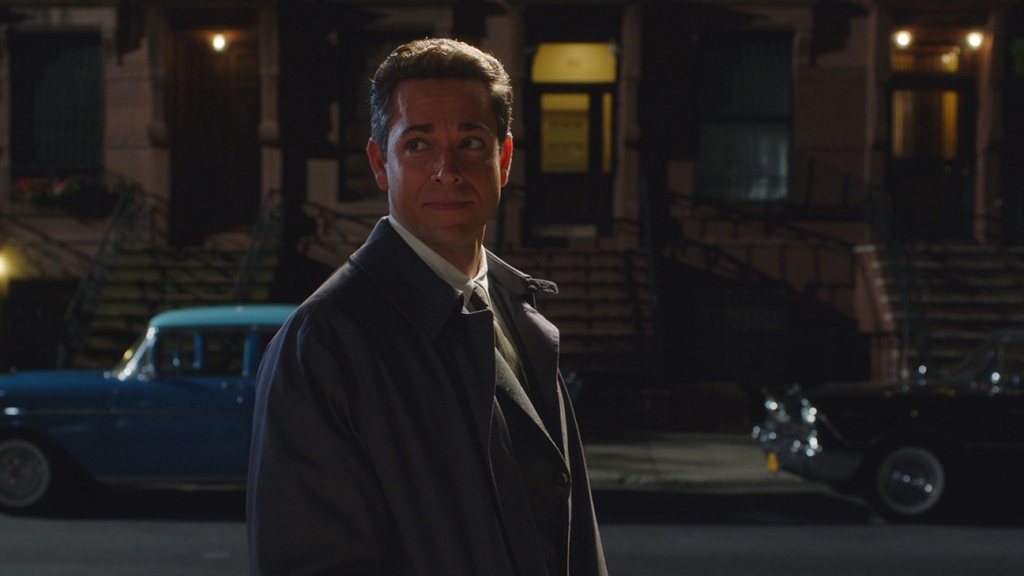 Benjamin is so supportive of Midge’s stand-up career, so her going on tour doesn’t necessarily seem like it would be an obstacle.

Exactly, yes, he is. And I think that’s one of the biggest reasons why we work, because Ben doesn’t feel threatened by Midge’s career; he doesn’t look down on it and is very open and progressive for the time. He likes that she’s different, that she’s doing something that isn’t just par for the course, 1950s housewife. That’s boring to him. Obviously, he’s not a perfect guy. He also has little jealousies, like dealing with Rufus Sewell’s character, the painter — but he’s a womanizer, for god’s sake!

What was the most challenging aspect of filming the show?

Well, in that episode with Rufus Sewell where we’re in the bar, that’s supposed to be the fall in New York City, which is why we have coats and overcoats. But it was July and August when we were shooting. It was so hot, and they pumped in a bunch of atmosphere smoke, so we couldn’t turn on the air conditioning because the air conditioning would blow all the smoke out. So I was roasting in those clothes, and trying to remember this dialogue word-perfect, because that’s how they want their dialogue done, and they also shoot everything in these long takes — five pages — and you’ve got to be word-perfect and you’re roasting in this overcoat. That was the most difficult stuff to do, but still very enjoyable.

Did you have any particular techniques to help get the dialogue exactly right?

Fortunately, I cut my teeth doing theater and I’ve also been able to do some Broadway, where you’ve got to be word-perfect. The big difference is once you learn that material, it doesn’t change. What Rachel’s learning on a regular basis is inhuman. She must be a robot; she’s learning so much dialogue because she carries the whole show and she’s memorizing a new play every single episode. I’ve been doing this long enough, and I have a bit of a knack for memorization, so that’s helpful, but it’s the pressure of doing it all in this one shot. That’s the difference, because just the littlest hiccup and you know they’ll want to go again to get it 100 percent perfect. You don’t want to be the fly in the ointment. That definitely creates a bit of a pressure cooker that I’ve never experienced anywhere else. With theater, you don’t go back to the beginning of the play if you screw up a line. This is a very specific, uniquely difficult scenario, but when you’re given words that are this good, you want to give them their due, and I understand why they want to shoot the way they shoot. It makes it more magical.

This has been a big year for you, between Maisel and Shazam. How much of a gap did you have between the two?

Actually, that was the biggest hurdle that we needed to work out. Shazam wrapped principal photography around May 11, and then I went to L.A. for 10 days and then I was straight to New York and started working on Maisel on like May 22, so I just jumped right back into it. And then Maisel wrapped up and now we’re in the thick of doing additional photography on Shazam. I’ve just been seesawing back and forth between the two. What an embarrassment of riches, I’m so unbelievably grateful for this moment in my career, and for these two very different roles and projects. With Shazam, I’m playing essentially a 14-year-old trapped in an adult superhero’s body, so it’s a far cry from Benjamin Ettenberg on the Upper West Side.