Skip to main content
July 20, 2017 7:32pm
Logo text
With Marvel’s Inhumans heading to Imax theaters across the country before it premieres on ABC in September, the cast and creative team arrived Thursday at San Diego Comic-Con ready to give fans their first look at the new series.
Not only did they answer fan questions, but new footage was shown that introduced attendees to the world of Inhumans. Interestingly, executive producer Jeph Loeb also revealed, at long last, what role Ellen Woglom is playing on the series.
For one reason or another, details about Woglom’s part have been kept under wraps. However, Loeb explains the actress plays a woman named Louise who is “from Earth but has some special knowledge.” While she doesn’t have special powers, she has been exposed to Terrigen Mist, a substance that alters Inhuman biology. The substance has appeared on Earth, causing Black Bolt (Anson Mount) to send his cousin Triton (Mike Moh) to investigate and rescue any Inhumans. 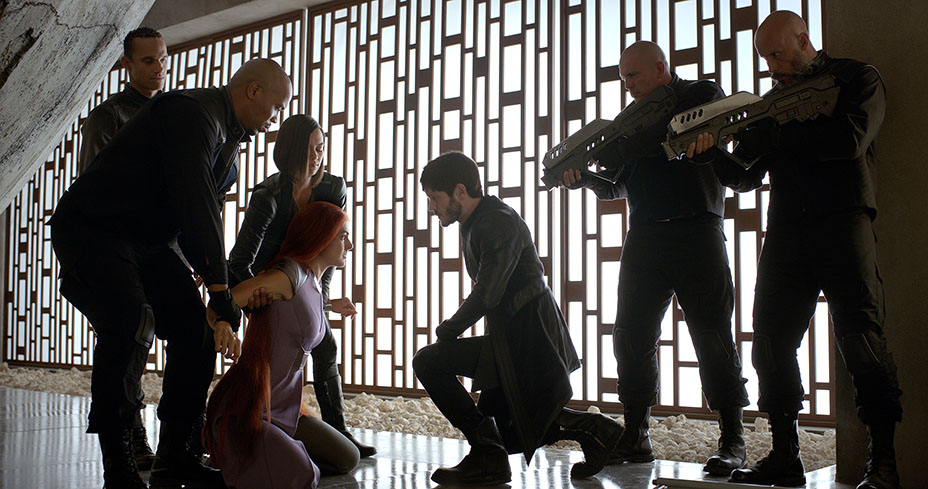 It’s still unclear how major a role Louise will play in the series, but both Loeb and Woglom were quick to note she’s essentially the only character on the series that doesn’t have superpowers.
As for the footage shown, ABC brought a few scenes from the first two episodes, both which will be shown in Imax, to give an idea of the scope of the series. The first, which features Triton looking for Inhumans on Earth, took full use of the Imax capabilities with establishing shots of the jungle that were beautiful. Once the scene focused in on Triton’s action on the ground, the visuals weren’t quite as stunning. The fans in attendance loved what they saw, though, showering the panel with applause.
The second scene was what Loeb likes to call “the dinner sequence.” It’s here that the characters of Inhumans get the chance to shine. As the royal family gathers for a meal, Maximus (Iwan Rhoen) harshly questions his brother Black Bolt about sending Triton to Earth in the first place. At this point in the story, the Inhumans believe Triton to be dead. It’s here that the show introduces the sign language Black Bolt uses, which only Medusa (Serinda Swan) can understand.
Next was a clip that takes place during a coup carried out by Maximus. As he takes his brother’s throne, Maximus orders his men to capture or kill both Gorgon (Eme Ikwuakor) and Karnak (Ken Leung). It’s this scene where the Inhumans (finally) get to show off their superpowers. This is especially important for Karnak, as his power is his brain and its ability to look at every event he’s involved in strategically.

'The Inhumans' Primer: A Guide to ABC's Royal Marvel Family

It should be noted that while this coup may seem like the act of an ultimate villain, and Maximus is definitely a villain in this story, he believes his actions are the right thing to do for his people. It leaves Medusa stuck in-between the two brothers, as the royal family of Inhumans falls apart.
Finally, a clip was shown of Medusa’s hair in action. When the first look at the character was revealed, the internet had a field day mocking her long red locks for not looking particularly real. While the wig looks questionable when Medusa isn’t using her powers, seeing it moving as if it has a mind of its own is something else entirely.
Given the scope Inhumans‘ producers are aiming for, it’s clear they are taking full advantage of what Imax offers for the first two episodes. According to Loeb, over 600 effects shots are featured in those first two hours alone. Likewise, director Roel Reine said they had to create a new lens for the Imax cameras just to capture the picture as he envisioned it. 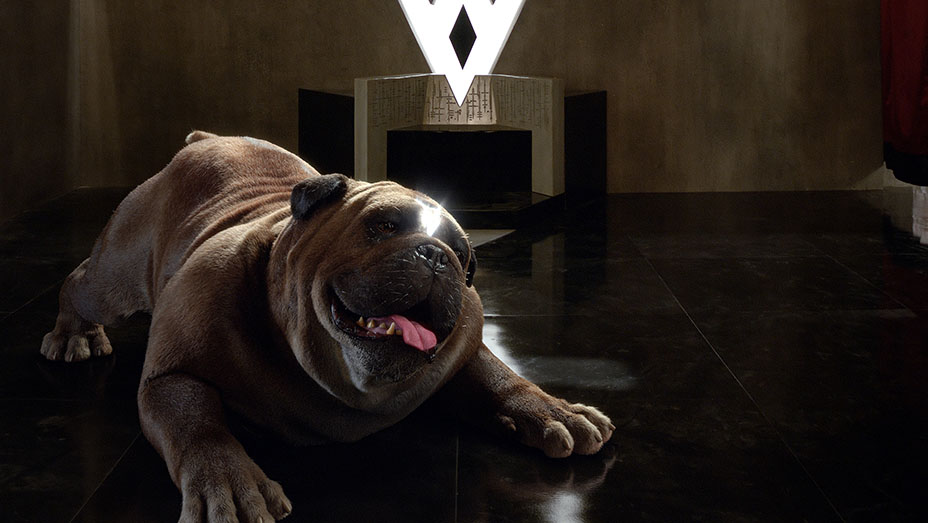 And just to send the crowd home happy, Loeb delivered one final look at the series, an extended trailer that will be attached to Imax screenings of Christopher Nolan’s highly anticipated World War II saga Dunkirk. The trailer included new looks at several characters, plug footage of the gigantic CGI pitbull Lockjaw in action.
Inhumans premieres in September in Imax theaters before debuting on ABC on Sept. 29.

Watch the new InHumans trailer below.