Peter Gallagher and Mary Steenburgen play long-married couple Mitch and Maggie on Zoey’s Extraordinary Playlist — but they aren’t actually able to communicate with each other. The NBC series follows their daughter (Jane Levy), a California computer programmer who’s suddenly able to understand people’s deepest emotions via elaborate musical numbers that only she can see. And since Mitch suffers from a rare neurological disease that has left him nearly comatose, Zoey’s the only one with an idea of what he’s thinking at any given moment.

The fact that their characters can’t even speak to each other has surprisingly not been an issue for the actors, however.

“I think you just get lucky sometimes with who they cast opposite you,” says Steenburgen. “We sit around talking all the time and Peter engenders love in every single person on that show. Everybody on this show is crazy for him, so then when the cameras start rolling and he can’t really talk or react, there’s all that stuff that’s happened before we walk in there that just makes it easy to care about him.”

Although progressive supranuclear palsy is quite rare, it’s what creator Austin Winsberg’s own father died from and what inspired the series in the first place — and plenty more people on the series understand the complexity and joy and heartbreak involved in caring for loved ones with similar diseases.

“A lot of us on the show, Peter and myself, have had people we love have similar diseases to this,” Steenburgen said. “My mother had something called Parkinsonism, which is similar to the effects of Parkinson’s, and Peter’s mom had Alzheimer’s. So the thing about tending to somebody and caring for them and expressing your love through care for them is something that I resonate with. I think the hardest part of that is that sometimes it’s sad. Your heart aches because there is no way you just turn it on and off at the wrap. At the end of the day you’re like, ‘Oh, this is hard.'”

Still, the show is filled with plenty of joy courtesy of multiple musical numbers, plus the catharsis of watching a loving family care for one another. Steenburgen and Gallagher sat down with The Hollywood Reporter to discuss the joy of musicals, learning choreography and how Zoey’s shares similar DNA to The Good Place.

Peter, what’s it like to not be able to communicate with your costars during scenes?

Peter Gallagher: It’s challenging because, as Mary said, my mother had Alzheimer’s for 20 years. With my ma, you measure just the tiniest changes or glimmers. Before she lost all of her speech, if I was singing to her or dancing with her or holding her and she felt loved, she’d say, “Oh, that was real.”

Which has always been sort of like, “Oh, that’s really what it’s all about. There’s nothing better than that.” When I felt that connection with my mom in those moments I didn’t question it. It had been so long since we had spoken, so long since we had talked, that there was almost another era. And so it’s a combination of physically it’s difficult, emotionally it’s kind of odd and it’s also, in a meta way, I’m sitting there, you end up being like a piece of furniture. And I end up thinking, “Well, when these kids are on their fifth series after this, I could easily give it up.” 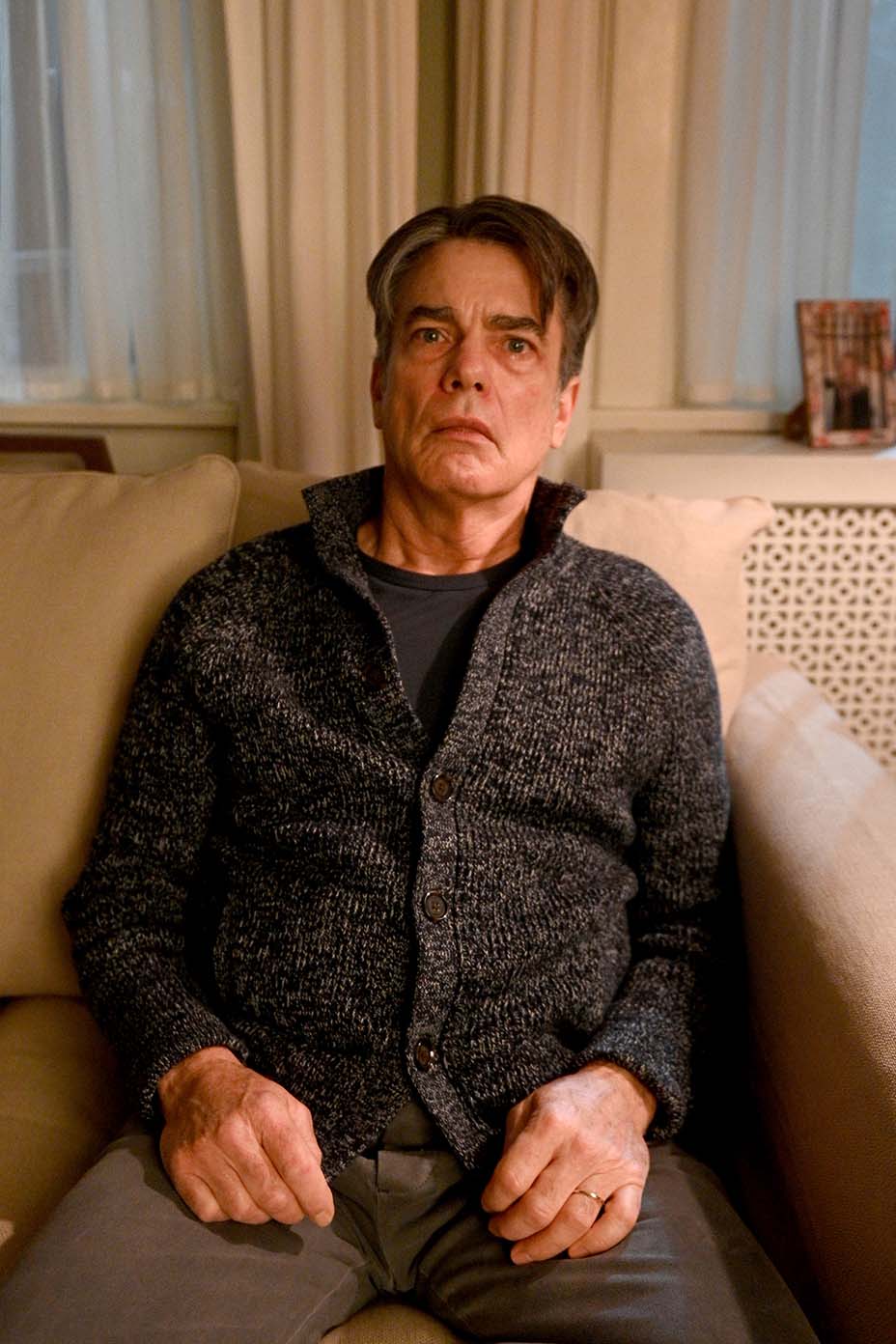 Mary Steenburgen: Part of that thing, though, that we don’t say enough about you is that he did much research into this PSP, which is what [Mitch] has, which is what Austin’s — our creator’s — dad had. He makes it look so real. It’s not hard to believe in it in those moments because he’s really understood the physicality of it and it looks incredibly real. And so that is part of why it works, I think, is that all of us are watching the kind of physical challenge that you undertook in playing this part and how intensely you’ve done it.

Gallagher: Well, thanks, Mary. It’s good because Austin’s there, too, and he’s keeping an eye on things.

What’s it like playing a role that is so personal to Austin’s real-life experience?

Gallagher: It’s kind of amazing because Austin has lived this story, as I said. He’s written a Broadway musical. He’s a wonderful writer, but he’s lived this story. So it’s this marvelous thing you hope for in any musical: that it feels like it’s taking place on the same planet you live in and [with] these songs you know. He’s written these scenes so beautifully.

When we have a song coming up, let’s say that I have to sing and there’s something going on before Mary’s in the scene. She’ll be behaving in a way that a loving wife and partner would behave in that circumstance, it feels so real and so alive that it just buoys you. It takes the nerves out of performance and it just [feels like] the only thing that can happen right now is a song.

Steenburgen: One thing I would say adds to what he just described is that [choreographer] Mandy Moore — I didn’t know what to expect about Mandy Moore, but she doesn’t go home and chart out a dance and then she comes in, teaches it to you. She talks to you about what you’re going through, what your character is going through. She looks at the whole scene. And then the dance comes out of true acting, organic stuff, which makes it much less scary to this actor who’s not really a dancer. But it’s like, “Oh, I do know what my character is feeling and I do feel these things. So I know how to do this.” And then you just express it.

The new dance that I’m going to rehearse tomorrow, there is a grandfather in it and a little girl in it and two sisters in it. And there’s all different body shapes and ages. And it looks like life. It looks real. There’s beautiful dance moves, but most of it comes out of this true emotion. So that is another thing that deepens it. 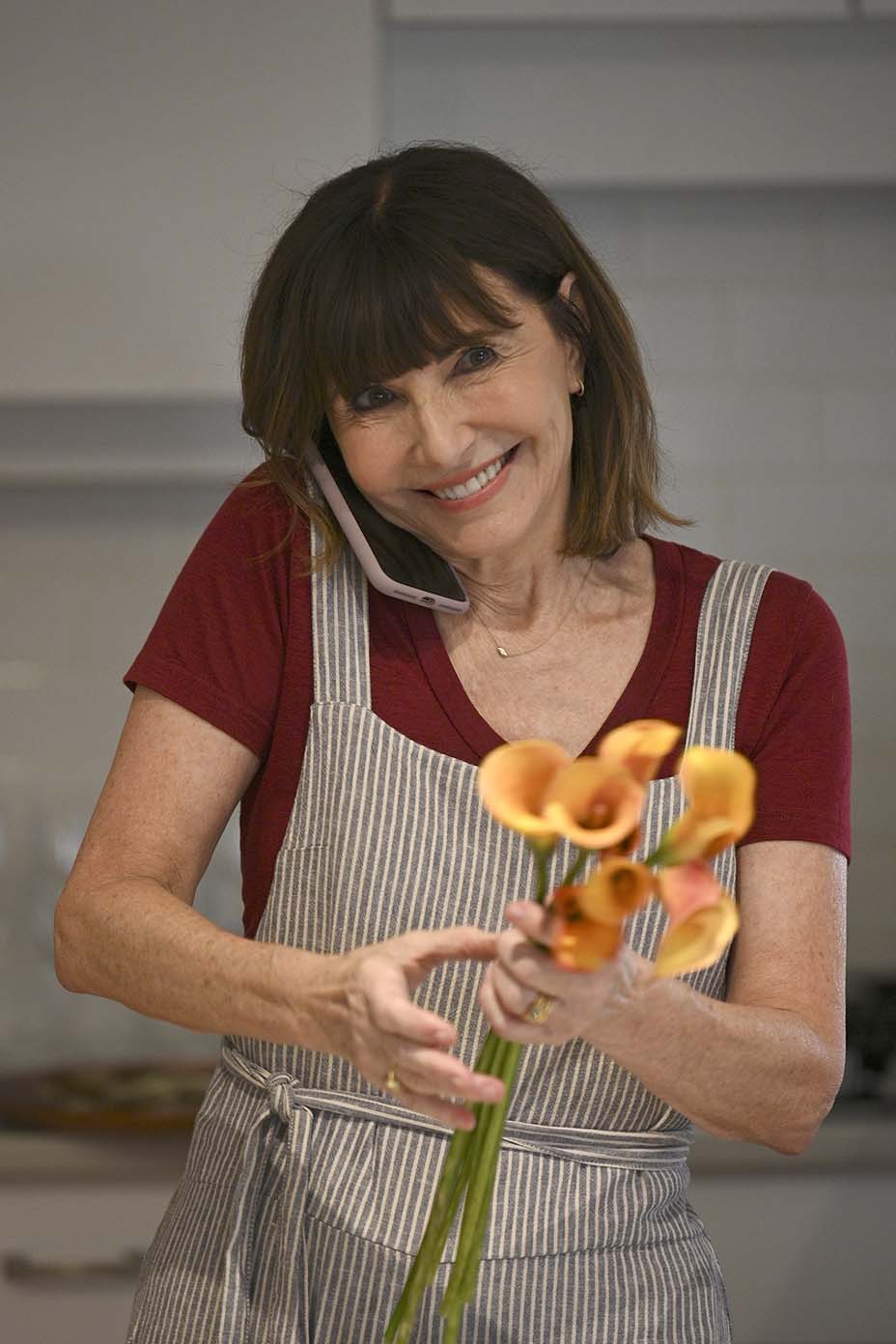 You both have musical backgrounds [Gallagher has starred on Broadway, Steenburgen is an Oscar-shortlisted songwriter]. What’s it like to be a part of a resurgence of the TV musical?

Steenburgen: The thing that’s cool about this is that you’re looking into someone’s deepest part of their character. So John’s character [John Clarence Stewart plays Zoey’s co-worker and crush] is smiling at work and he’s handsome and everybody adores him. He’s playing table tennis. And then when she hears him, he’s singing “Mad World.” All of us have had songs in our head for our characters before, but nobody’s ever heard them. So it’s really cool the device with which we do music. It doesn’t feel like acting, acting, acting; here comes the songs. It all feels…

Gallagher: …right! That is exactly right. It’s all part of the same thing.

Steenburgen: It’s all part of the same lake.

Gallagher: They say in a musical when there are no more words for it, then you have to sing.

Gallagher: When you have no song, you have to dance. So it’s not to distract you or keep your attention or surprise you. As Mary said, it’s absolutely true. It’s all for others. The kind of work we do as actors, it’s pretty much all the same. I look at a lyric the same way I look at a word on a page or the dance move. It’s expressing something.

Harvey Mason Jr., our music producer, is amazing, because we’re not all recording artists. The people assembled to tell this story — the story that Austin has, I think, so brilliantly and compassionately created, and humorously — I think we all feel just very lucky to be part of this. It could be an experiment, but it’s a story that suggests that everybody has a story and that you’re never going to know what it is by looking at them. That’s a great thing to be expressing in this divided and intense time in our history now.

What are some of your favorite musical numbers that you’ve filmed so far?

Steenburgen: We shot one the other night that’s one of my favorite things I’ve ever done in my whole career. That’s in episode 10. We picked the perfect song and I have to say I picked it. So we found the perfect song.

Gallagher: That was the perfect song.

Steenburgen: It really was. And Mandy did the simplest but coolest dance for us. And the moment was just right for these two people. It really worked and I think it was shot really beautifully, from what I could tell.

This is a feel-good show, despite the fact that sometimes it tackles sad subject matter.

Steenburgen: You know, my husband’s [Ted Danson] in a show, The Good Place, and one of the beautiful things about that show has been that people sit and watch that with their kids. In the case of that show, they talk about morality because that’s what the show’s about: good versus evil and all that stuff. It’s not really preachy, but it does bring up all these issues about right and wrong. And people have these amazing conversations that we hear about. We’re constantly stopped on the street by parents of, like, 12-year-old kids, and the 12-year-old is geeking out and the mother is geeking out too. And they talk about the show.

One of the things about Zoey’s is I feel like people who have someone that is hurting or ill in their life — the caregivers of the world, which are usually the families — are going to really watch this show together. But I also feel like kids are going to go crazy for this show because of the music and all the cute funny people and watch it with their parents, who are going to also hear music from our generation. So I feel excited about that.

Gallagher: It’s really exciting that these are great songs that we are able to sing. They didn’t say, “Oh, we can’t get that song. It’s too expensive. We had to get….” Because they’re hit songs and there’s something about a hit song. They reside in us.

Steenburgen: I’ll tell you this: The song I was talking about was an Ed Sheeran song.