Continue to The Hollywood Reporter SKIP AD
You will be redirected back to your article in seconds
Skip to main content
December 18, 2019 7:00pm
Logo text

[This story contains spoilers from the season two finale of Fox’s The Masked Singer.]

Judges Robin Thicke, Jenny McCarthy, Ken Jeong and Nicole Scherzinger were in no way close when trying to figure out the identity of Monster, the contestant who won the first season of reality phenomenon The Masked Singer. (It was T-Pain, known better for his auto-tuned party singles than his vocal prowess.)

They had much better guesses for season two winner, Fox — though somehow they continued to think Jamie Foxx was behind the very obvious mask until nearly the bitter end. As revealed at the end of Wednesday’s season two finale, the winner was actually multihyphenate Wayne Brady, who spoke with The Hollywood Reporter the morning of the finale from the Black Lightning set in Atlanta, where he’s filming a guest role for The CW DC Comics drama.

Behind the Scenes of 'The Masked Singer' Season 2 Finale

The actor, comedian, TV host, Broadway star and Grammy-nominated singer (for his 2008 debut album) told THR all about why he signed up for the show, his new single, his secret Gen Z weapon, and why it’s interesting that two black men in a row have won the competition.

When you signed on to the show, did you think to yourself “I better win” or “This sounds fun, let’s just see what it’s like”?

I have no time in my life to do anything just for fun to see what it’s like. And that’s not being cocky, that’s just the reality being a working dad and doing the multiple shows that I do. If I do something, I do it with with the complete intent of it’s going to be great because time is money and I want to be at home with my daughter as much as possible. So when I decided to do this, it was a long thought for me. After season one I saw it and I went, OK, here are the reasons that I should do it: Because it’s an amazing platform. It’s the biggest thing on TV right now. And it’s done right. That was the thing that [was in] my head — I said if done right, you get to tell your story. What I love about the show is that it lets every single person tell their story and their why. And it’s not a train wreck. It’s not to make fun of people or it’s not people come on and manipulate it like a lot of reality shows can to make it look one way. It’s it’s truly about the person’s story, why they’re there. And it’s a positive thing. So I said if I do this, I’m going to do it to win. And if I do it, I’ve got to be able to have an active hand in producing every single segment that I do so that it tells the tale that I want to. So I jumped in with both feet and said let’s go. 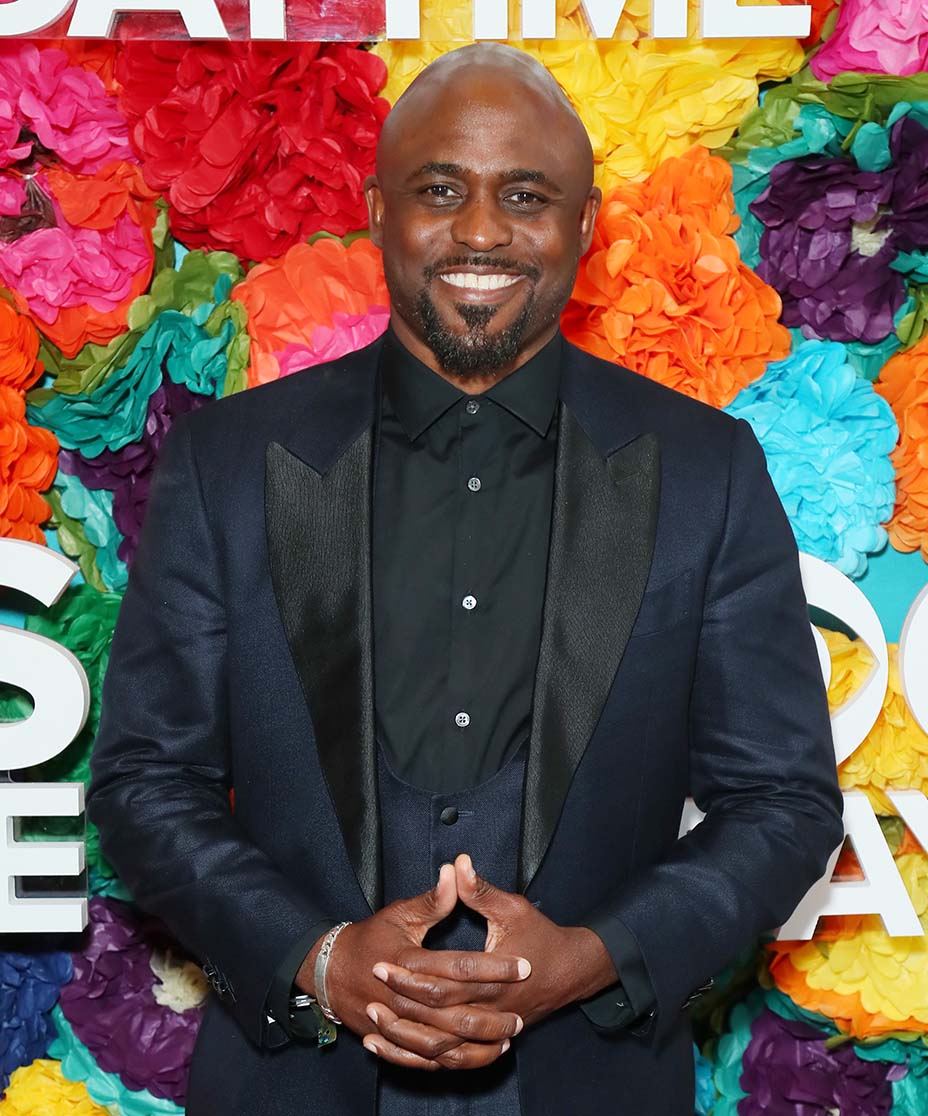 It was interesting to see who had the judges stumped for the longest. It took them a long time to mention your name. What was that like?

Of course every performer, no matter how grounded you are, you are a bit of a narcissist. So you always want to know that someone knows, but then you don’t want them to know, but then you do. So I was of a couple minds: It was great that it was always confusing. It was awesome to be in some of the company that they would put me in — some of the people that they said I’m real deal fans of, especially Jamie Foxx. But then on the other side, I’ve been around long enough and released enough stuff that I’m kind of butthurt that I wasn’t in the mix.

But at the end of the day, the cool part was it wasn’t even about the judges. It’s about the hundreds and thousands of messages that I would get online: People going, “I bought your music so I know what it is.” That was a really cool pat on the back. It made me feel really good.

There is a large portion of the audience who would recognize you more as a comedian versus a musician.

But even in the comedy — it’s not like it comes out of left field. It’s not like Adam Sandler all of a sudden released a Broadway album and it actually sounded good. Adam Sandler sings comedy songs. What I’ve been doing is I do real shit, pardon my French. That’s why I’m a Broadway star. That’s why all those Line songs sound the way they do. That’s why I won an Emmy for a made up song on Let’s Make a Deal, because the music is real. I think what people get thrown by is by the venue, not the performer. They don’t think about the fact that even though they’re laughing to a comedic song, they’re not thinking about the fact that the song sounds so great. They’re thinking about the fact that oh, this is a comedy song. And this is the problem that Jamie Foxx had before Jamie got the break with Ray and before Kanye and he did that song — I was one of the few people that bought Peep This, which was Jamie Foxx’s first record. But the public wasn’t necessarily into buying a record from the guy that played Wanda. Because of perception. So I knew that at a certain point this could be the catalyst to throw that back into the direction that I wanted to go. And maybe it will and maybe it won’t, but at least I got a shot.

'The Masked Singer' Eliminated Celeb on the State of the Music Industry: "No Substance"

That direction is music, right? You have a new single out …

It’s called “Flirting With Forever.” I flirted with music forever and she’s been really, really good to me, and I’m ready to make a commitment in terms of instead of just playing around. I released a record 11 years ago and it did well and was nominated for Grammy and whatnot, but then just stepped away from it. I want to release music not because I want to be the next big thing in R&B but because I genuinely love music. It’s given me my career — because of the comedy, because of Broadway, because of touring, because I get a chance to sit at the piano and sing with my daughter when I’m at home. I truly do love and embrace music. So this is my way of making my intentions known to my favorite girl.

Does your daughter know that you’re on the show?

Absolutely. She and her mother were Team Brady. They helped me pick my songs, they helped me work along with the choreographer. There is no more of a potent weapon in the age of social media than a 16-year-old. So I had an arbiter of cool in my back pocket who was telling me when something was wack or not.

Something else interesting about The Masked Singer is that if you look at the two winners, you and T-Pain, two black men have won in a row. If you look at the voting patterns of other singing competition shows, like American Idol or The Voice, that’s not very common. Have you thought about that at all? 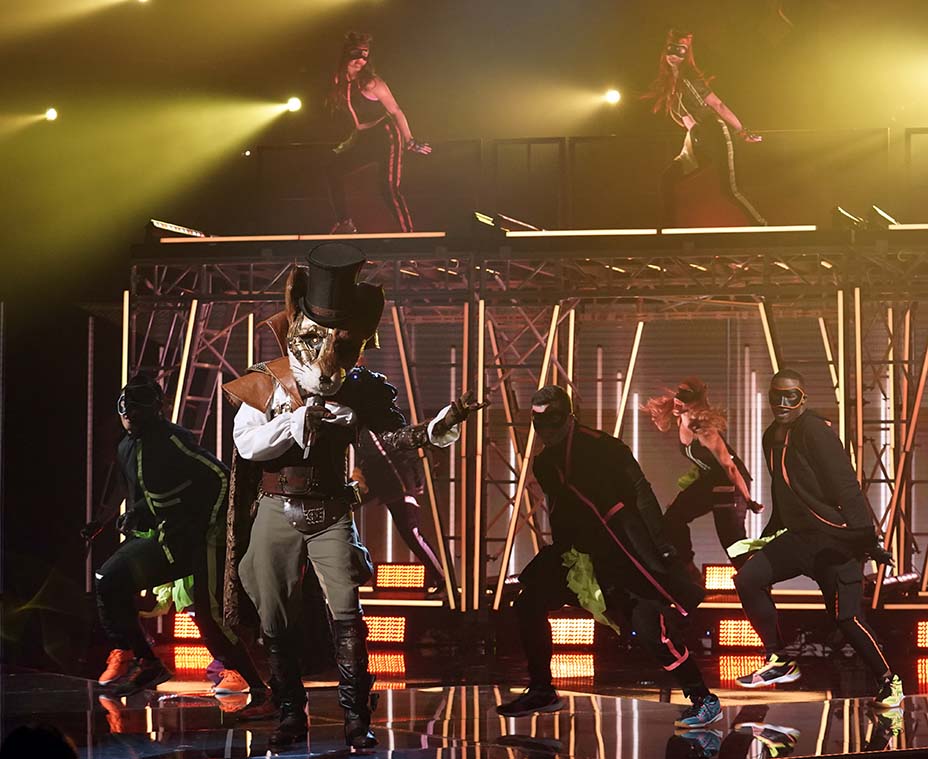 I’ve never thought about it, to be honest. It never registered my mind in that way. Let’s look at it this way, which actually makes it even worse on the other shows that you mentioned: I think when it comes to the cult of personality, or the thing of celebrity, I don’t think I’m speaking out of turn by saying that the black experience completely affects what happens in popular culture. It happens in rap music, it happens in sports, it happens in movies, it happened slowly but surely in some cases, but it does happen. So I think when you have a show where ostensibly folks are celebrities, the color thing kind of goes out the window and the playing field becomes a little more equal versus when it’s just people.

Oh my god, you just opened up a big can of worms. People tend to vote for or gravitate toward the things that they are exposed to and that are of their tribe. So on a show like this I think you’re working twofold: You’re working with the celebrity thing, so it’s all bets going based on what the voices sound like in America — R&B and hip-hop and things that are cool. And you can’t see the face, so your bias limiter is thrown out the window to a degree. It’s about what moves you. So that is an interesting take because in some of the other shows that you mentioned, sometimes no matter how cool and soulful the vocal and the performance is, biases tend to push that aside toward the thing that, “Oh, he looks like my cousin and I really like my cousin.” It could be as simple as that. I’m gonna chew on that for a minute.

Sure — it’s very interesting, especially as someone who has covered a good amount of reality competition shows.

Everyone should adopt this practice. To a degree, just in the initial audition rounds, that’s what The Voice is based on. It’s based on what’s the thing that moves you, until you see that person. And then once you see them, then you start to form “Well, that’s a big, tall guy who walks like this and that’s a big chick and blah, blah, blah.” That’s why I really do like The Voice because it does give people a shot based on just who they are. Look at the guy that just won: That’s not the dude who you know has a six pack and walks around shirtless with a wind machine in front of his pickup truck. That’s just a talented cat.

It’ll be interesting to see how the audience reacts once your identity is revealed, because it seems like a lot of people online can’t believe the judges aren’t all convinced it’s you.

That’s what I love. What I’ve been reading has essentially started bordering on mean, where folks are just like, “dammit, what are you, stupid? Come on.” It’s like calm down.

Congratulations. And enjoy — it seems like a fun moment.

It is a beautiful moment. The only downside to it is that today, instead of being in Los Angeles with my family and able to have a little party later, I’m working on Black Lightning, which also is an upside — who gets to say that they get to work on an awesome superhero show playing a guy with awesome powers and getting to act and be an amazing character, and then they get to celebrate their music? So I’m very, very, very, very lucky.