Fox’s The Masked Singer premiered to befuddled reviews and major ratings when it debuted a year ago. In a TV landscape starved for hits, the network naturally brought back the reality singing competition that pits elaborately disguised celebrities against one another for two more installments, airing with back-to-back cycles in the 2019-20 season.

The third season gets an impressive lead-in with the best time slot on all of television: after Sunday’s Super Bowl LIV matchup between the San Francisco 49ers and the Kansas City Chiefs. And showrunner Izzie Pick Ibarra vows that the celebrity reveal after the big game will be the show’s most “amazing” unmasking yet. Below, Ibarra and Fox reality chief Rob Wade tell The Hollywood Reporter what to expect from the third season and that big post-Super Bowl episode.

By now, celebs have had two seasons to understand what, exactly, The Masked Singer is and why, exactly, they’d want to participate. “It’s opened up a lot of much bigger names to us than maybe we would have had if it was just a regular premiere. People understand that that’s a great platform for them,” Ibarra says. “We have the most amazing reveal in our premiere — like really amazing. It’s really exciting.” 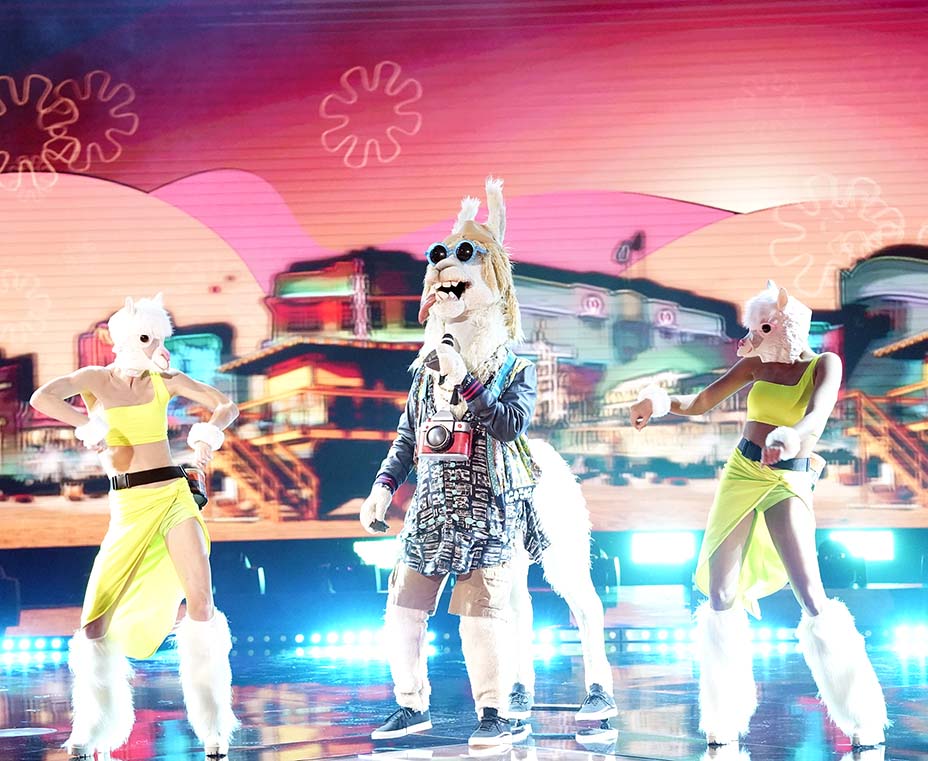 While the star power of the contestants will stay at a certain wattage thanks to budgetary constraints, A-lister Jamie Foxx, aka the panel’s most popular guess for season two winner “Fox” (who turned out to be comedian/singer/actor Wayne Brady), will serve as a guest judge in the season premiere. Other stars stopping by with their best guesses include Jason Biggs, star of Fox’s recently launched sitcom Outmatched, and Leah Remini.

“We want people who are funny and people who have a good knowledge of pop culture and can actually play the game,” Ibarra says. “So those are the lenses that we go through, basically. We’ve got real mixture of people.”

As for Foxx, even his own mother was fooled by Brady’s performance.

“He told a story about how his mother had $200 bet on the fact he was the Fox,” says Pick Ibarra. “[She] was texting him constantly going, ‘I know you are!’ He was really funny. He felt at home on our show, I would say, because he understands performance so well.”

'The Masked Singer' Eliminated Celeb on the State of the Music Industry: "No Substance"

While season one saw two groups of performers eventually merge toward the end of the season and season two changed the contestant groupings each week, season three will try something new: three mini groups of contestants competing to be a part of the final Super Nine.

“We realized that people want the guessing game, and they also want to follow the story across the season. They don’t want to be bombarded with too many characters so they can’t follow who’s who,” says Wade. “So we got 18 celebrities, but we’re doing it in three groups of six. You basically start on group A and you have six perform, one’s revealed. The next week five perform, one’s revealed. Next week four perform, one’s revealed. So you’re left with three in that group and then they move on to the Super Nine. Then the next week you start again with a new six, repeat that, so every three weeks you’ll have a new batch of people.” 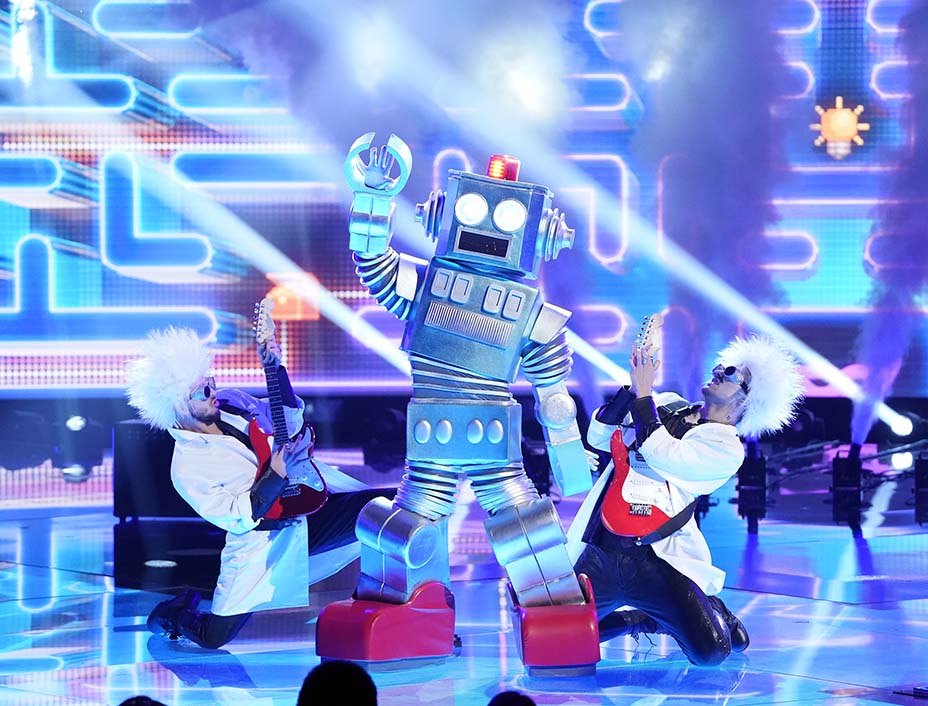 With the accelerated production schedule for seasons two and three came new time concerns: Namely, that the season will still be filming while it is airing, allowing for many more confidentiality breaches. It’s a “terrifying” prospect to Ibarra, who is always concerned with loose-lipped entourages.

“I’m a great believer that it has to be from the top down like no one can speak about anything because once it gets a little bit out to people’s agents, reps and stuff, it becomes very much common knowledge,” she says. “We’ve always been able to hide under the radar a little bit, and this season we obviously cannot do that. It’s going to be very hard to the singers. It’s going to be very hard for our team to just be able to manage that, and then the singers are going to be seeing the show and then coming back to shoot it. So some people may not like what they’ve seen, you know? That makes you worry, too. We haven’t had that situation — it’s like doing a live show in that way.”

The Masked Singer went viral before the U.S. adapted the format when Ryan Reynolds appeared as a unicorn on the original South Korean version of the series. With the closer-to-air timetable, could one-off performances be a part of the series, particularly as a way to attract bigger-name celebrities with a shorter time commitment?

“The time commitment actually is not that intense,” Ibarra says. “It’s not like Dancing With the Stars where you’re training every day for a period of time. The way that we’re doing it, it’s really the most anyone can do is nine filming days. It’s over an extended period of time.” 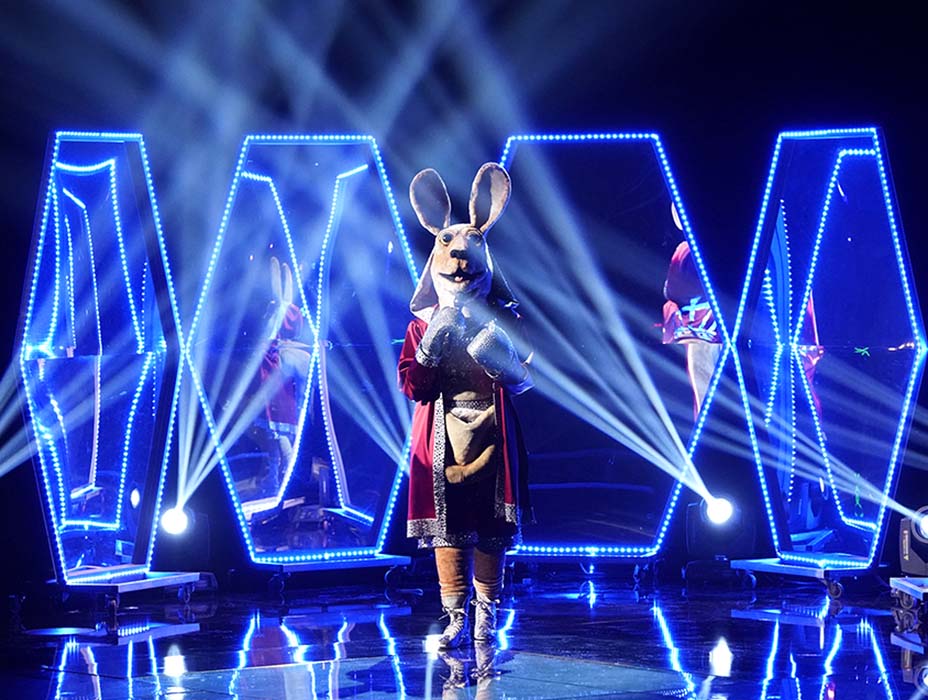 Although one-off performances are something the team has considered, Wade says, they’ve ultimately decided to skip for the time being so that viewers can follow the arcs of the current contestants (though could reconsider in the future). Instead, viewers will be able to meet the singers’ friends and family.

“In the third show of each round, we have the contestants’ friends and families in masks,” he says. “We think it’s funny and quirky to see random people stuck in masks talking about their kids. I think [that] humanizes the characters.”