On Nov. 20, Maz Jobrani will move from his Los Angeles comedy haunts like the Laugh Factory and Hollywood Improv to the Hilton Hotel in New York City as he takes center stage as host of the 45th International Emmys.

Ahead of the fete, the headliner of Netflix’s Immigrant got on the phone with THR to talk about his approach to being funny, (maybe musical) and sensitive all at once, as well as his plan for addressing the flood of sexual harassment stories that have recently hit Hollywood and have included actor Kevin Spacey, who was supposed to receive the 2017 International Emmy Founders Award at the show.

What can people expect from you as host of the International Emmys?

I tend to go to the audience, and if there’s people from different parts of the world I try to acknowledge them and maybe have some jokes about where they’re from. I’m going to try and cover some of the countries that are represented there that night. I’ll do my best to touch on as many countries as I can within my limited time that I have to open the show with. Obviously, as an Iranian-American, as an American comedian I need to talk about Trump. We’ll definitely touch on Donald Trump and then it’s about making everyone feel welcome.

How political do you plan on getting?

I just always give my point of view. I have a liberal lean and Trump has inspired me to be more political on stage. An international audience is very well versed on what’s going on and I hope they’ll appreciate the comments I make. Trump wants to build walls, I want to build bridges. We represent polar opposites so I have to talk about that.

He doesn’t go out of his way to find us. I strongly doubt that he would do anything. Every time I tweet and tag his Twitter, in the back of my mind I [think], “I wonder if he’ll ever see any of these.” During the election I wrote something and got a response and it said Donald Trump and I was like, “Oh my God.” I responded back because I was really excited and I thought I had a great comeback and somebody else who was on the chain responded and said, “Hey man, that’s not the real Donald Trump, that’s a fake account.” But you know what? It felt really good for a second thinking I was venting on Donald Trump.

How has Trump impacted comedy internationally?

Trump is great for comedy and horrible for the world. Personally, I’m at a tipping point of being able to handle any more from him, and he’s relentless. It just keeps coming out! And as comedians we need time to develop our jokes. He doesn’t give us time! It’s craziness. Not just in the Middle East, but around the world the one thing you have to give the guy is he has done a great job of publicizing himself to the point where I would make an argument that he is currently the most well known person in the world. He’s done a really good job of marketing himself and I wish he would recognize that and step down and go back to selling products based on his image. 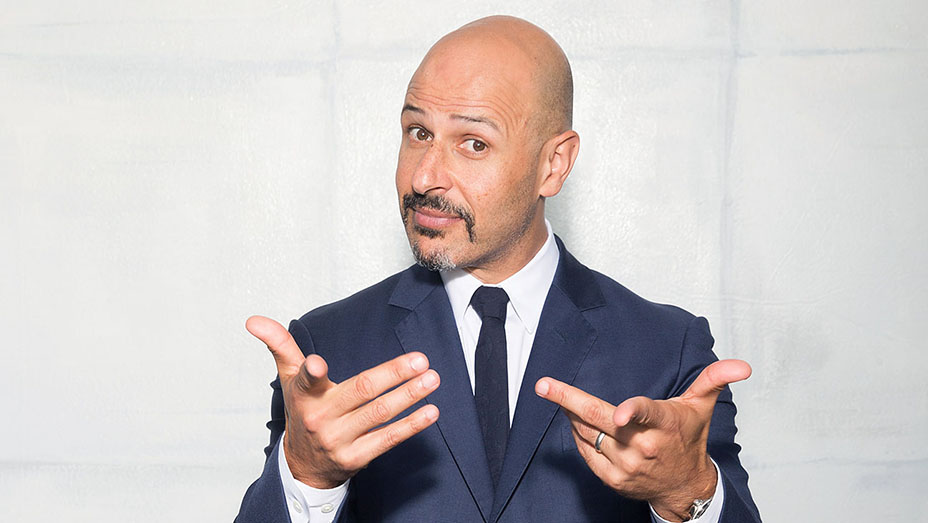 What was your critique of the Emmys in September?

They always somehow end up running long. I don’t know how you fix that. Handmaid’s Tale won and I’m sure it’s a great show, but I just had to stop watching it because it was like, ‘Please, somebody, where’s the drug dealers?’ There were no drug dealers so it bummed me out. I have grown accustomed to watching shows like Narcos and Ozark.

You couldn’t get through Handmaid’s Tale?

I could not get through episode one. You need an attention span and apparently I don’t have one.

Do you plan on making the International Emmys musical?

In my first pitch talk we brought up something about singing and we quickly realized that the production that would require would be a lot more than we could really put into it. So, I don’t think I’ll be singing. Maybe I’ll do a little bit of a cappella. I really want to keep it moving so we come in and it’s not too long of a night.

What did you plan on singing?

I forget what it was, but listen, and you can print this, people need to acknowledge my voice. I have a good singing voice and if everyone could just gather around we could make an album. Hopefully when the time is right the world shall be endowed with my voice.

What has been the international response to the current flood of sexual harassment stories in Hollywood?

Kevin Spacey was supposed to be honored at this year’s awards so as you know it’s been a scratch. There’s been a combination of when people hear it, they expect it [and] they’re not shocked. We all know about the casting couch, right? That’s a well known thing. So, a lot of people aren’t shocked by it. But it’s still very disappointing that these things happen and at the same time it’s very encouraging that people who were victims are coming out and speaking up.

In Kevin Spacey’s case, what was your reaction to the allegations made against him?

I don’t run in the “A list” actor circle. I’ve heard things about him being gay, but I didn’t know if it was true or not. But that’s separate from these sexual harassment charges. That I’ve never heard of. I’ve never partied with Harvey Weinstein or any of these guys to be able to go, “Wow, look that guy is being really aggressive with that girl or that guy.” I personally feel that there’s some kind of alcohol or drugs or addiction issues involved and that for the longest time some people felt that some of the things they were doing was acceptable.

As a comedian, what are the challenges of addressing what’s currently going on?

As a standup comedian, if I want to talk about it on stage on my show, on my time, that’s up to me. I don’t expect that the night of the International Emmys I will really get into it. I may allude to it, but you don’t want to make the night about eviscerating someone because it’s just not what the night is about. I’m so into the political stuff with Trump that quite often that’s where my energies go.

Is it something you think the audience wants to hear you tackle?

It’s the elephant in the room. If I do it in a comedic way and not harp on it, I think they will appreciate it. If I don’t do it at all there might be a few people who go, “I was hoping he would talk about it,” because it’s so prevalent right now in the news. Who knows, by then Trump will take us into war with North Korea and nobody will care, anyway.

Iranian-American Comic on Trump: "What Scares Me More Are His Followers" (Guest Column)

In terms of the way Trump has been covered in the comedy world, which late-night host are you the biggest fan of?

[Stephen] Colbert’s the champ [and] knocks it out of the park. I try to catch every monologue. It helps me because if I have a busy day and I don’t get a chance to break down the news myself, it really helps me get a perspective that I like on the news. And I’m really supportive of Jimmy Kimmel coming out and speaking his mind. Both of those guys are doing it for me.

What jokes make you laugh?

I’ve got a six -ear-old girl and a nine-year-old boy. My kids make me laugh a lot. Kids are just funny because they come from a place of innocence. Kids say silly stuff that warms your heart.