TV hitmaker Chuck Lorre envisioned his latest sitcom, CBS’ Bob Hearts Abishola, as a vehicle to showcase Mike & Molly star Billy Gardell’s heart and talent, he recently told TV’s Top 5. But along the way, the multicamera comedy evolved into a two-hander that tackles intergenerational relationships, immigration, romance and more thanks to Gardell (Bob) and Folake Olowofoyeku, who plays the other half of the titular (aspiring) couple.

Nigerian native Olowofoyeku, who moved to New York City at 18, shares plenty of characteristics with her character — starting with their tribal roots in Nigeria. The character was shaped when Lorre and co-creator Al Higgins brought in Nigerian-British comedian Gina Yashere to help create an authentically Nigerian character, and Olowofoyeku ran with it.

Of all the new faces on fall TV, Olowofoyeku may have the best opportunity to break out given her positioning as the female lead on a new series from comedy hitmaker Lorre. Bob Hearts Abishola marks Lorre’s latest broadcast series since mega-hits The Big Bang Theory and prequel Young Sheldon, Mom, Two and a Half Men, Mike & Molly, Dharma & Greg, Cybill, Grace Under Fire and, well, you get the point. He’s helped make actresses like Melissa McCarthy, Kaley Cuoco and scores more household names.

Below, Olowofoyeku speaks with The Hollywood Reporter about her early acting days — before the CBS sitcom, her biggest roles came on Transparent and Law & Order: SVU — as well as channeling her mother and aunties for her role, and why she wants to tackle sci-fi next.

How much of you is in Abishola?

I walked in[to] this already created, already planned-out world. Now my job is to take this script and deliver a performance that’s accurate to the character and her region, which is specifically Yoruba, which is also my tribe. I grew up in Nigeria, and I’m also Yoruba. So it’s almost like I all I need to do is to draw from my memory, the memory of my mother, the memories of my aunties, the memories of all the women in my life growing up, and that’s what feeds the character. Abishola is based on on my mom and all the Yoruba women in my life. 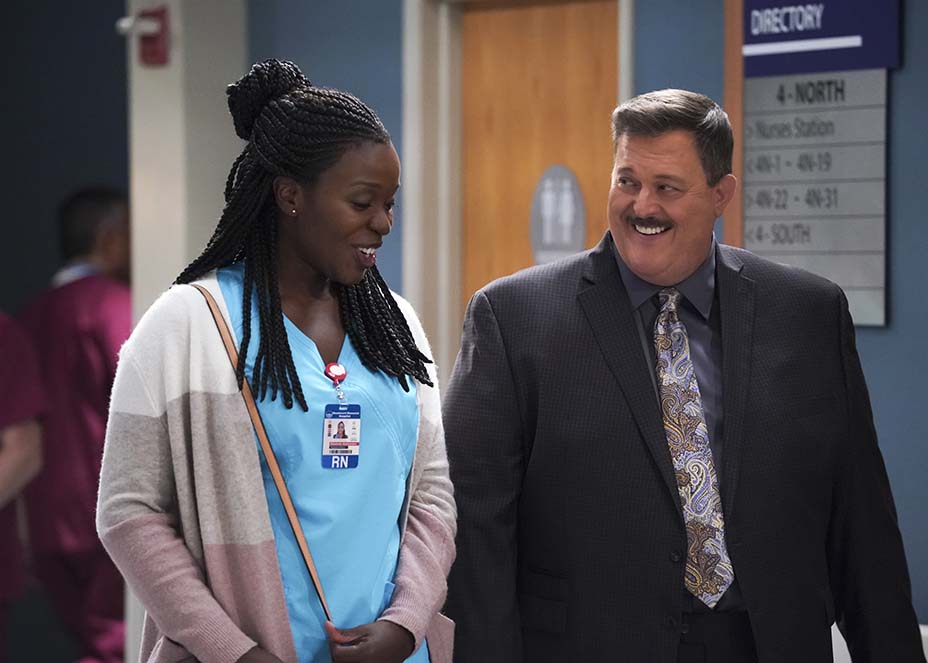 How much input do you have in the character?

Having grown up in Nigeria, I find that I have taken it upon myself to every now and then suggest different ways to deliver lines or to tweak words so it sounds a little more Nigerian-specific to someone who’s grown up in Nigeria — [adjusting] the rhythms whenever it allows, because at the end of the day we still have to maintain the comedic integrity. The producers are very open to suggestions. I think 90 percent, 95 percent of my suggestions have been taken, and I’m grateful for it. At the same time, I also don’t want to mess with their magic.

What are the biggest milestones you can point to that got you from Nigeria to a network sitcom in Los Angeles?

In 2001, I was taking a vacation to see my sister who lives in New York. And for some reason, intuitively, I just knew that there was a big change about to happen. I remember leaving my home to go to the airport, and seeing my dad and knowing that I was never going to see him again alive, which was the case. I got on the plane on my birthday and arrived in New York. For the first couple of months I wanted to model and make music, so I made the rounds with auditions in that vein, and knew I needed to [become independent] so I strategized and found the school farthest away from my sister’s house in Long Island, which would have been in Harlem, and signed up for the City College of New York.

I think being in New York in general just fed me. Working off-off-off-off-Broadway gave me the foundation that has sustained me throughout my professional life. Another big moment would probably be when I lost my mom a couple of years after graduating. It took me a couple of years to regain my stamina and just focus on acting. And several years after that, I moved to L.A. That would be another big moment, when I moved to L.A., because my focus then was just on acting. 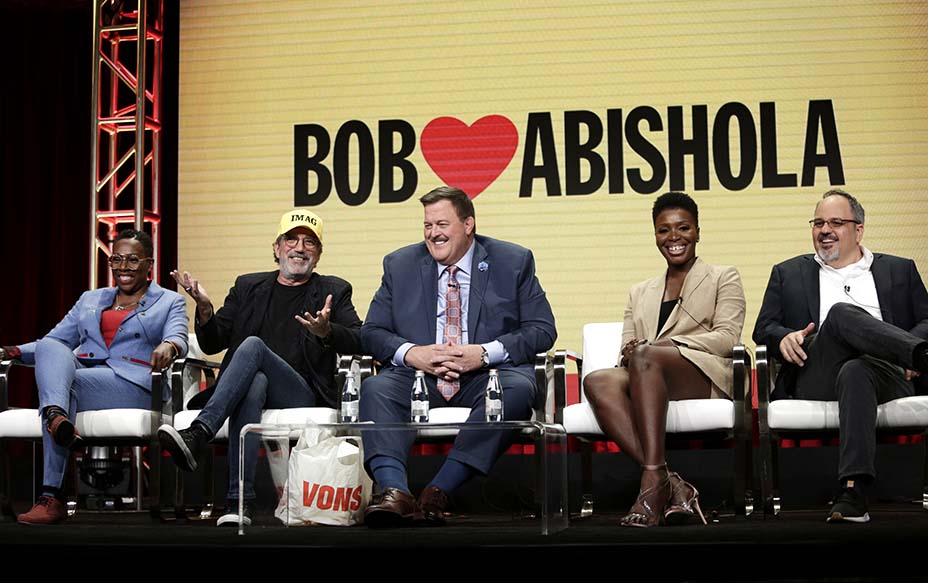 Did you ever picture yourself starring in a sitcom? What kinds of roles did you envision for yourself when you started acting?

I never would have thought I’d have ended up in sitcoms. I didn’t see a lot of people who look like me in sitcoms. I thought my lane would definitely be sci-fi, which I was passionate about. Pretty much why I wanted to act was sci-fi, I guess [that’s] where I could imagine myself. But moving to L.A., I started to notice a shift in the industry. I booked my first commercial and in New York, I was never “commercial type.”

My favorite sci-fi writer is Octavia Butler. My favorite book by her is Wild Seed. I had an African sci-fi project I wrote over 10 years ago that I tried to shop to a studio in Nigeria, and they they said that they didn’t think anyone would want to watch African sci-fi. So I’ve been sitting on that for such a long time. And hopefully, this show will give me the opportunity to [produce that]…. I did write it in an attempt to create material for myself in a genre that I was passionate about because up until then, I wasn’t getting called in for stuff like that. 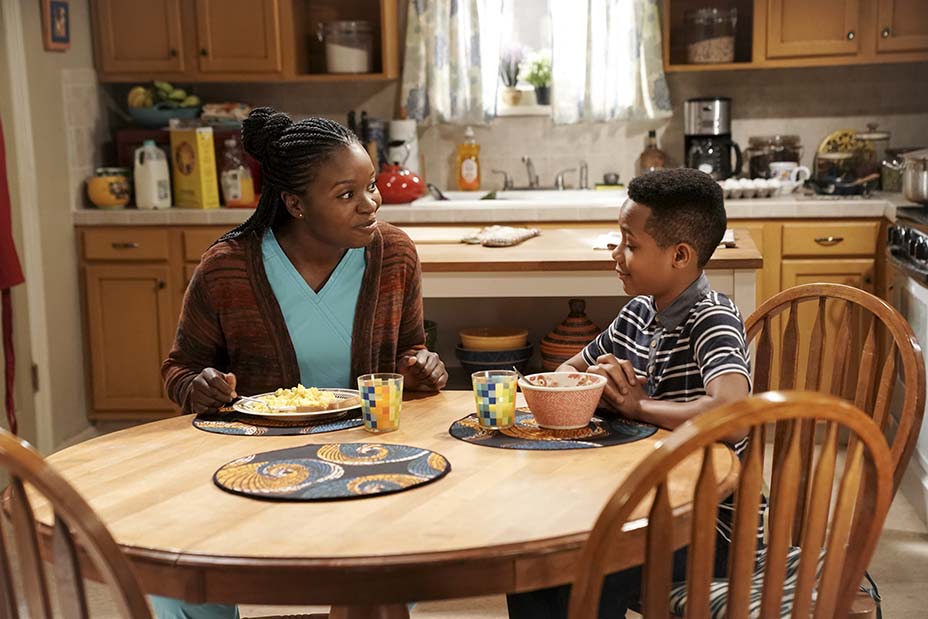 Regarding the show, the power dynamic between this well-off businessman who aggressively pursues this woman who treated him seems like it could potentially go wrong.

We’re in a very pivotal point in American society. I think we’re all fighting for for voice, as we should be — women and all the subgroups that exist, for lack of a better word. And I think it’s justified to have that concern about power dynamics. However, I think this is not a cliche romance between heterosexual couples with the guy taking the lead. I think also part of what we explore is the strength of the Nigerian woman and how in Nigerian homes the women take the take the lead.

Aside from the romance aspect, what other topics will the show touch on?

The show is so dynamic and intricate, and they don’t shy away from sensitive subject matter. So there are a lot of conflicts that happen between cultures that are raised, and in a somewhat comedic environment, but we still talk about it. I don’t know that we resolve all of them, but we create space for the audience to then continue the conversation. It’s not just the love story. It’s not the slapstick comedy about people from different cultures not understanding each other. We delve a lot deeper. 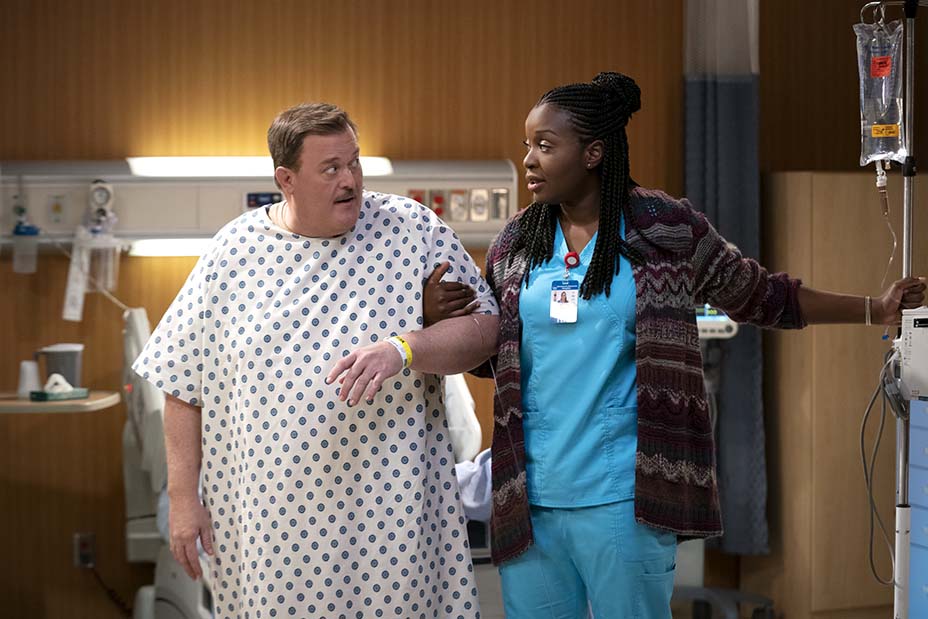 What are some examples of that?