Michael Cudlitz didn’t need a tour of Calvert Studios in Van Nuys, Calif., when he began filming his new ABC family sitcom The Kids Are Alright there earlier this year. The Walking Dead and Southland alum spent plenty of time at the studio back in the ’90s, when he not only ran the construction department — helping to build much of the facility’s infrastructure — but also filming there with a recurring role on one of the most successful series that shot there: Beverly Hills, 90210.

“It’s how I was able to support my family right out of college,” Cudlitz tells The Hollywood Reporter. “I was a foreman for a buddy of mine who was the coordinator on the first four or first six episodes of [the original 90210]. He left to go do another show because we all thought the show was not, on paper, a very good show. So, we all just thought it was going to go away. Then it blew up.”

Although Cudlitz was initially told it would be a conflict of interest for him to act on the series while employed as its construction coordinator, the now veteran thespian says that changed when 90210 producers saw his performance in the 1992 feature A River Runs Through It.

“They pulled me in the office and said, ‘We didn’t know you were really an actor,’ ” Cudlitz recalls of the meeting that would lead to his role as West Beverly High football player — and Brenda Walsh’s prom date — Tony Miller.

Below, Cudlitz talks with THR about moving from The Walking Dead — where he played the late king of the one-liners, Abraham Ford — to take on his first leading comedic role in the 1970s ABC family comedy as well as  his return to the AMC zombie drama’s Atlanta set.

What attracted you to The Kids Are Alright? Were you specifically looking to do a comedy?

I said to my wife when I got off The Walking Dead, “I want a comedy in town.” I just put that out there. During pilot season 2017 I had some offers to do some dramatic stuff, coming right off The Walking Dead. All of it was actually in Los Angeles, so that was half the equation…but I passed on them. Everything I passed on actually did get picked up. Now, these are incredibly first-world problems as an actor. I probably sound like a douche saying that, but it was not what I was looking for. I was in that rare moment in one’s career where I was able to make those decisions. I just did not want to be doing the same stuff that I had been doing.… I was done killing things for a while. I wanted a little less angst. I wanted to be laughing on set for all the right reasons.

Then this came along last pilot season. The script by [creator and showrunner] Tim Doyle (Last Man Standing) was just amazing. I read and fell in love with the script. Tim said he used to watch Southland with his daughter.… I knew he knew what I was capable of. I didn’t feel like I was going to be pigeonholed. I felt like he was going to take advantage of that in his writing in the future. I found it incredibly funny with an incredible amount of heart, and did it all within half an hour.

Your character, Mike Cleary, is a gruff retro dad and father to eight boys who wants them to have opportunities that he might not have. Was that a big part of what appealed to you about playing Mike?

It’s exactly what appealed to me, because I think that’s at the heart of every parent’s mission. As a kid, your job is to grow up, evolve and chase your dream. As a parent, your job is to make all of those things possible, but also to make sure that your kids get out of the house and are able to be successful for themselves. There’s a very practical element laced in that, so there’s this balance of pursue your dreams and find your bliss, but I need to make sure that you’re going to be OK even if that all doesn’t work out. I think Mike has a little bit of regret about what he was able to do as an adult, and the choices he made. We always hope our kids make better choices and have better opportunities than we had. But sometimes it’s not up to us.

With so much testosterone, how will the show reflect the feminist movement of the era?

Mike’s wife, Peggy (Mary McCormack), is a “traditional” stay-at-home mom of that time. I put traditional in quotes, because in her case, she didn’t drive. She held down the fort, which was a huge job. There’s going to be elements of a feminist movement coming in, and Peggy wanting to drive and change things. It’s more about the shaking up of the status quo. Mike doesn’t not want these things to happen, he just isn’t sure how to handle it because it’s new. As I say in one of the episodes, we don’t usually do new. New can be scary, but it can also be amazing. I think people who watch the show are going to find it very familiar. There’s a lot of angst in our world of the ’70s, a lot of political angst, a lot of social angst, and a lot of that is also going on now. There are different specifics to the stories, but ultimately in the end, everything works out. Ultimately in the end, everything will work out now in 2018.

You’re directing episode seven of season nine of The Walking Dead. How did that come to pass?

I let them know pretty early on that I wanted to direct, but I also let them know that I didn’t expect it. I was going to shadow [Walking Dead director and exec producer] Greg Nicotero and it was a way to keep me in Atlanta so people wouldn’t know Abraham was actually dead [which was a secret for more than a year]. I kept in contact with [former showrunner] Scott Gimple…then I got a call in December or January. I was in New York, and I got a call from [season nine showrunner] Angela Kang and Scott who asked if I’d be interested in directing. I immediately said yes.

'Walking Dead': How Negan's First Victim Died in the Comics

After going back to Atlanta to direct at a time when the show is about to see Andrew Lincoln’s Rick Grimes exit, did you feel any regret that Abraham was already killed off?

I had a great run on the show. That character had his journey. I was not sad to leave the show. I say that with respect to the fans, with respect to the show. I did my time there, and had a great time, met some amazing people, had a tremendous amount of fun, but it was time to go. I was cool with all that. No regrets, wouldn’t have done anything differently. Maybe would’ve kept him around for a couple more episodes with Sonequa Martin-Green [who played love interest Sasha and exited for Star Trek: Discovery], so we could see the two of them as soldiers. But other than that, I prefer the way he went out in the show, as opposed to how he went out in the graphic novel. I’m indebted to that show for so many reasons, and very grateful and respectful of the fans. They’re amazing, and I will never, ever forget my experience with them, or with The Walking Dead. 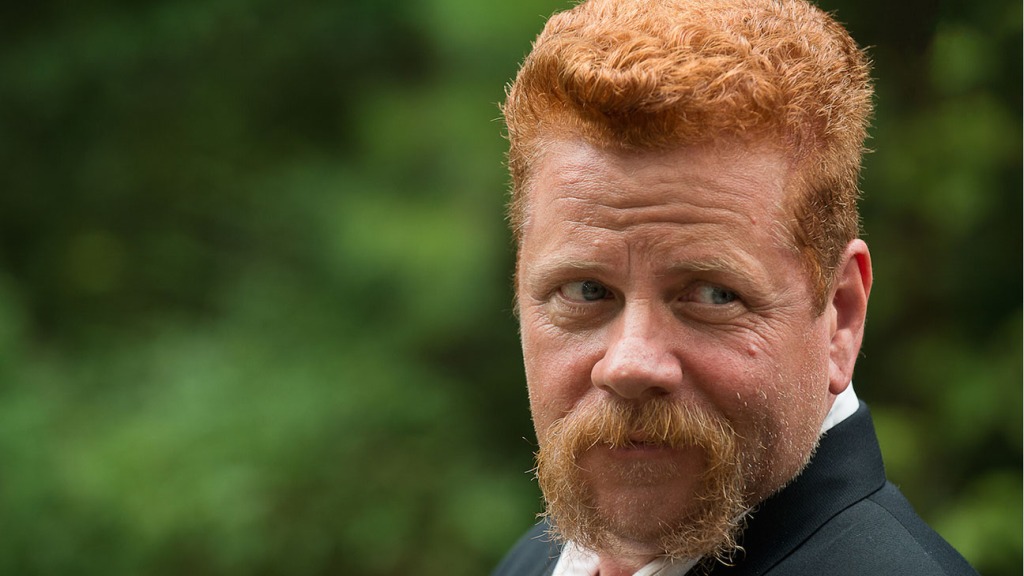 As a loyal Walking Dead viewer, are you looking forward to seeing where things go, post-Rick?

Yes, very much so. I think it’s an exciting time for the show. I think the show needed it. I don’t mean that, again, with disrespect to the fans or what’s going on, but the graphic novel moves at a slower pace in the sense that you get so much information per volume. I think in the television show, we get these 16 episodes every year, and we spend a lot of time with these characters, and some stuff can seem repetitive. I think changing up that world…it’s not necessarily a bad thing.