Even the cast of Sense8 was amazed when Netflix decided to revive their show.

“It’s something that caught us by surprise. What are the odds?” Miguel Angel Silvestre now tells The Hollywood Reporter. “That is something very beautiful that has happened to us.”

After canceling the sci-fi drama from Lana and Lilly Wachowski and J. Michael Straczynski after its second season, the streaming giant pulled a rare reversal to satisfy massive fan outcry and announced a two-hour finale. The episode, set to air sometime in 2018, gives the creators a chance to wrap up an unfinished story that focused on eight global strangers who found themselves emotionally and mentally connected. Silvestre stars as one of those eight “sensates,” Lito Rodriguez, a big-budget action star from Mexico City who struggles with career backlash after coming out as gay.

After wrapping the worldwide promotional tour for Sense8, which has filmed in 13 countries, Silvestre returned to Los Angeles and didn’t know the fate of a third season. “We were all expecting to come back, and then they gave us the news. Then they gave us a rebirth,” he says, calling that day one he will always remember. “Lana is writing something that is going to fulfill the expectations of the fans, because they deserve it.”

Lana Wachowski, who took over as showrunner for the second season when sister Lily took a step back, is now tasked with wrapping up an interconnected and universal sci-fi love story that set the stage for expanding “sensate” worlds in its second season finale. During a recent Facebook Live interview, she said she’s already writing the third season, whether Netflix gives them the go-ahead or not.

“That’s what she’s saying. I can’t wait to see her and ask her a million questions, but I don’t know if she’s going to be willing to answer,” says Silvestre with a laugh of her plans. “She has lots of things in mind.”

Silvestre says he hasn’t gotten a script yet, but that they are set to begin production in a month or so. Though his Lito is based in Mexico City, the rest of his sensates live across the globe, which means the goodbye episode is likely to continue to film across continents as the characters continue to merge their mental and physical worlds. “I hope to see us all together in real life, doing good. I hope Lido can work as an actor,” he says.

'Sense8' Star on Emotional Finale and Potential for a Sensate Universe

Next up, the star appears on another Netflix series in the third season of Narcos, which releases Sept. 5. Silvestre joins the cartel drama as it shifts from hunting Pablo Escobar (who was killed in the second season) to the drug lords who rose up in his place, Colombia’s Cali cartel.

“The interesting about my character is that he was young. He was an orphan and he won a mathematical contest so the Cali cartel felt like, ‘This guy can make us some use,'” he says of researching the real Franklin Jurado. “So they adopt me. They sent me to Harvard. Then when I got back, they told me, ‘Now, you have to work for us.’ That’s a door that once you open it, you cannot run away from, and from that world and that situation that my character lives.”

Though they call themselves the “gentlemen of Cali,” the bosses of the then-world’s top crime organization were ruthless during their rise. Silvestre’s character, however, deals with a lot of “conflict” and “anguish” involving the consequences his job has on his wife.

“It’s a love story of their beginning, but [one] that ended up being very corrupted,” he says, describing the relationship as a psychological one. “One of the things about my character is that the only representative from his family is his wife, she’s the anchor of real love and family for him. What’s making me rich is keeping her alive.”

Though history does spoil Silvestre’s ultimate ending on Narcos, it’s unclear if the series will wrap up Cali’s chapter in its third season. Narcos has already been renewed through season four.

“I won’t spoil anything!” Silvestre says, encouraging fans not to Google Jurado’s story until watching the season. “I think it’s better for viewers not to know.” 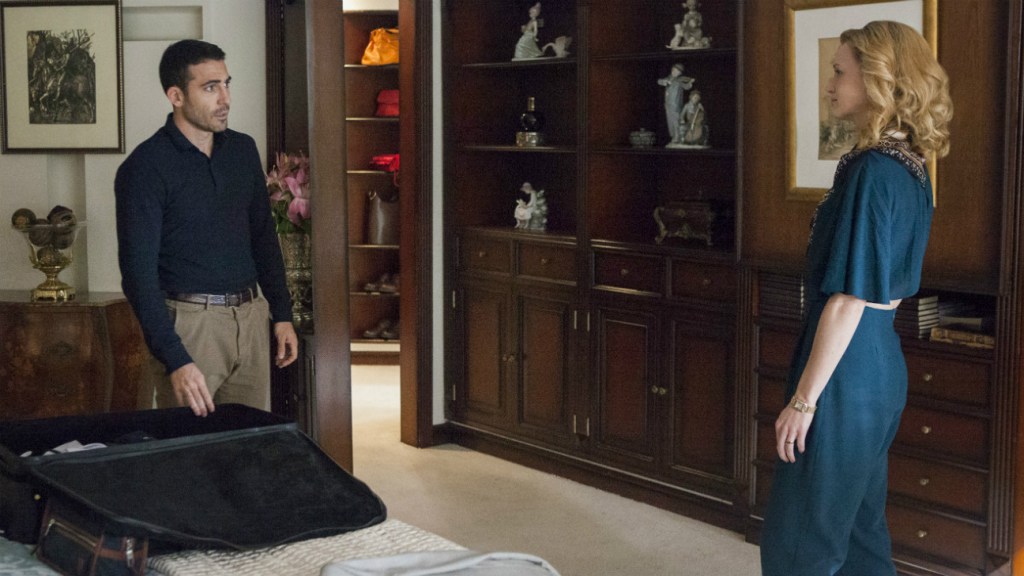