Miles Callisto is growing up.

The young adventurer at the center of Disney Junior’s Miles From Tomorrowland will lead a highly skilled team of friends, each with their own unique abilities, on outer space expeditions in the third season of the show, which has been redubbed Mission Force One. In addition to a new theme song — and a new haircut for Miles to reflect his growing up — the characters are also taking on more responsibility this season.

“There are a lot of the same characters that you’ve seen before, but we’ve been given the opportunity to let them grow up,” creator and executive producer Sascha Paladino said. “That’s so rare in cartoons — Bart Simpson has been the same age for 28 years — and we’re lucky enough to be able to explore what it means to see these characters grow up and get promoted basically. They’ve proven themselves over the first two seasons, and we really wanted to explore that idea of what happens when kids get more independent and start making choices for themselves and figuring out the world around them.”

Paladino said his own twins have grown up with the series. They were 3 months old when he pitched the series and 5 when it premiered. He’s been able to draw from their experiences for Miles.

“After having told over 100 stories about Miles and [his sister] Loretta and their family, I thought about what we could do next,” Paladino said. “As I saw my kids getting more independent, I thought it would be cool if we saw what happened when Miles and Loretta spread their wings a little bit.”

To that end, he’s hoping that the audience who grew up watching the first two seasons will relate to the new story lines, which are “a little more intense in some ways,” but he also believes it will draw in new viewers. Paladino says the new version will appeal to a slightly older demographic but also is still appropriate for younger viewers.

“The stakes are higher,” he said. “Miles and Loretta and their friends are on this mission not to connect the universe anymore but to connect and protect. They have a little more [responsibility] on their shoulders. We’re a bit fan of action movies, and one of our goals was to really make this feel like an action movie for kids. Nobody gets hurt, but it amps up the excitement a lot. There is a lot of smashing of robots. We found a good balance of exciting action without being scary.”

While the Callisto parents (voiced by Olivia Munn and Tom Kenny) won’t be featured regularly this season, Paladino joked: “The kids can go back to the ship when they need to do laundry.” He added, “They will be back, but it’s a surprise how and when they come back.”

For the third season, each character has been given a skill that correlates to the five aspects of the STEAM educational curriculum: Miles exemplifies science, his sister Loretta specializes in technology, and their friends Mirandos, Blodger and Haruna focus on engineering, arts and math, respectively. As a result, the show will introduce “crazy new high-tech vehicles and outfits and gadgets,” Paladino said. Citing a story about a young viewer in Malaysia who created a design for a blastboard like the one used by Miles — and noting how Star Trek inspired the first handheld mobile phone — Paladino is hoping that the gadgets seen on the show will inspire fans to come up with their own inventions. 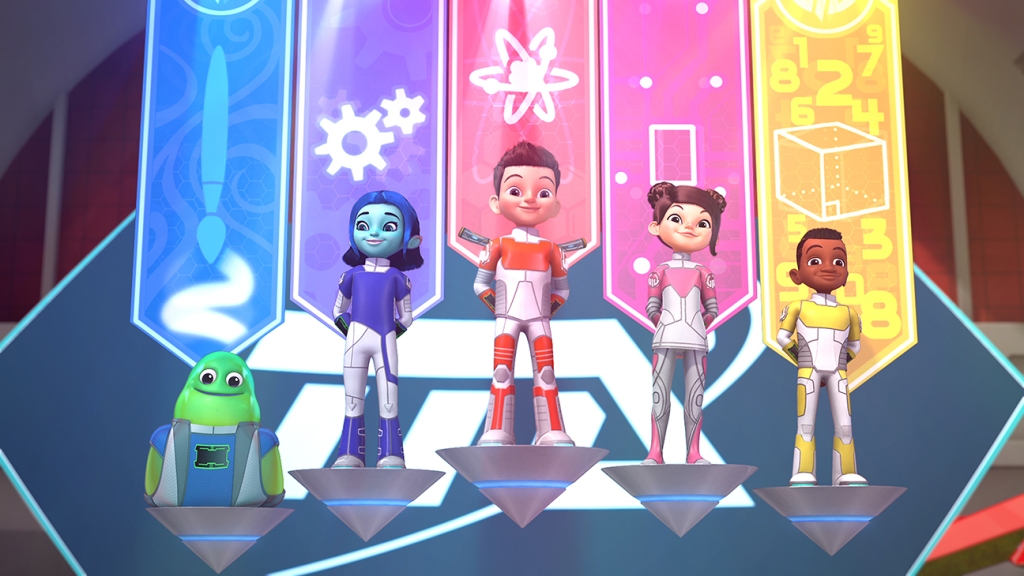 Another new aspect of season three is that it will feature one main villain, as opposed to bad guys who only appeared in one episode during the first two seasons.

“It’s fun to have one villain who is causing problems all over the universe and someone for our characters to focus their energy on,” Paladino said. “I feel like in any good show, the heroes are defined by how they react to villains. It brings out the best in them.”

Experts from NASA and NASA’s Jet Propulsion Laboratory, the Space Tourism Society and Google serve as consultants on the series, which incorporates unique space and science facts into each storyline.

Mission Force One is a production of Wild Canary Films in association with Disney Junior. 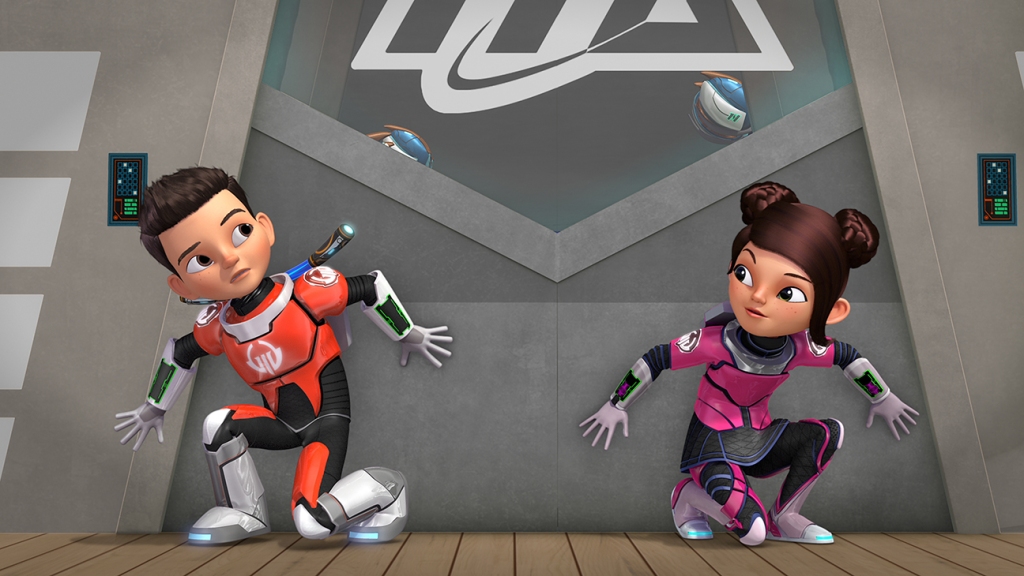