We can thank COVID for bringing up a kinder, gentler take on reality TV.

A year into the coronavirus pandemic, the nonscripted shows getting traction globally — and generating buyer interest at the international digital MIPTV market this week — favor the warm and fuzzy over the shocking and exploitative.

Take The Dog House, the British reality format in which would-be dog owners — those newly locked-down types who see enforced quarantine as a prime opportunity to get a pooch — are paired with shelter pups looking for permanent home. All3Media International recently sold the format to HBO Max for the U.S., to Australia’s Network 10, and to public broadcaster ZDF for Germany. Broadcasters in Canada, New Zealand and Scandinavia are also in The Dog House, and Spain’s Canal Cosmopolitan just picked up the first two seasons of the finished British show, which airs on Channel 4.

Cannes: Kelly Reichardt on the Progress of Female Directors: 'Not That Much Has Changed'

Upbeat and inspirational takes on real life are everywhere at digital MIPTV, from Entertainment One’s Arctic Vets — another animal-focused format that follows dedicated vets treating injured wild beasts in the Canadian North — to Banijay Rights’ Fabulous Dads, a Danish show in which sons bond with their fathers by teaching them how to become Drag Queens.

Other reality TV trends inspired or strengthened by the experience of the coronavirus pandemic and subsequent lockdowns include home and lifestyle makeover shows —BBC Studios’ Filth involves super-cleaners going head-to-head to tidy up majorly messy homes, Banijay’s Swedish format Farm in the City is a social experiment program that follows a community trying to create a farm in their backyards — and, with so many singles still unable to date in person, romance shows.

“It’s a rare week you don’t see a new dating show announced,” notes James Townley, global head of content development at Banijay, pointing to the success of romance-themed reality such as Fremantle’s Too Hot to Handle and Love Is Blind from Red Arrow on Netflix. Recent examples of reality TV love experiments include Keshet International’s Singletown, in which newly separated couples spend time apart to decide if they truly want to commit, and Banijay’s Alone Together, a Scandinavian format, which sees two strangers spend time in complete isolation on their own small island in the Nordic archipelagos.

“Social distancing on a show like this, where we’re outdoors, feels natural and actually makes things more intimate,” says Townley, who points to the “extreme bingeability” of dating shows as another reason for their pandemic-era success. 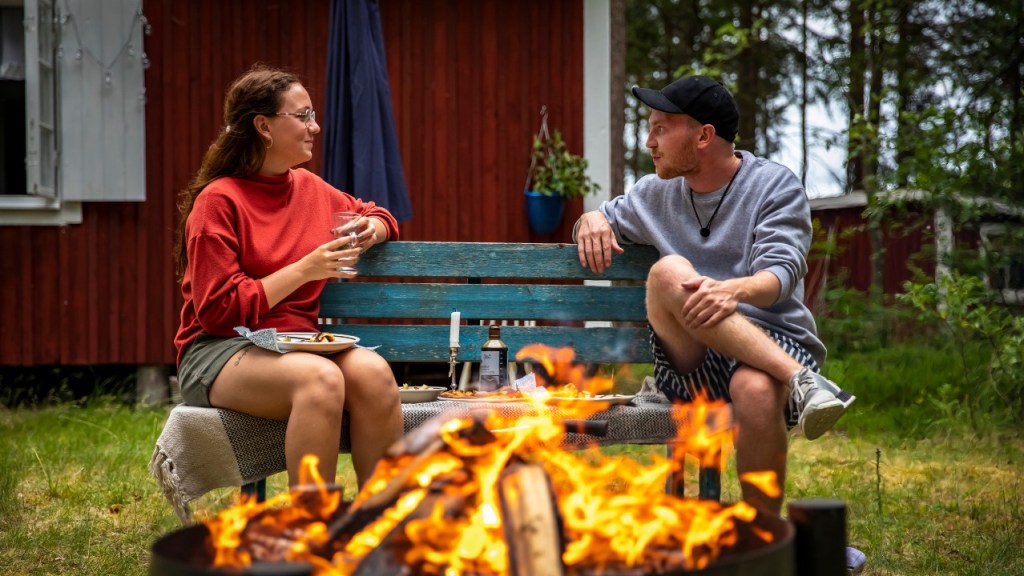 With families locked in at home, unable to escape each other, co-viewing has become inescapable, and shows with cross-generational appeal are in even greater demand. Simple, preferably silly entertainment shows — think megahits The Masked Singer or Lego Masters — are the lodestars.

Nippon and ITV Studios’ game show Stacking It!, which sees families compete to build the biggest towers of consumer goods, with the winning team taking home their stack — is a prime example. Or Domino Effect, the Endemol Shine North American format created around YouTube domino star Lily Hevesh, which Banijay sold for local adaptations to M6 in France and RTL 4 in the Netherlands.

Another format benefiting from its built-in wide demographic appeal is NENT’s The Generation Show, a Belgian variety entertainment format in which teams from different generations battle it out in a test of popular culture trivia. Localized versions have been produced in France and Argentina with a new version on the way for Vietnam.

Comedy formats are also enjoying a revival, as viewers look for a respite from the 24/7 doom scrolling that is COVID-19 news. ViacomCBS Networks International on Tuesday announced several new format deals for jokey, escapist fare, including an English version of its Quebecois Comedy Central format Roast Battle for Bell Media’s CTV Comedy Channel, and a second season order with Latin American network Teledoce for its comedy talk show format La Culpa Es De … (Blame It On …), which features comedians from different regions of the same country discussing current events. And LOL: Last One Laughing is a genuine global juggernaut for Amazon Prime, which recently ordered new French, Italian and Canadian versions of the comedy format — the latter tapped Canuck comedian Jay Baruchel as host — in which professional funny folk compete to make each other laugh first.

On the more serious side, documentaries on social issues, particularly high-end environmental docs, are in demand.

“During the Trump era, day-to-day politics dominated the nonscripted news space, especially in America, but now that’s moving a bit to the back burner and other issues are re-emerging. The biggest, clearly, is climate change,” notes Jens Richter, CEO of Fremantle International, pointing to Fremantle’s high-end doc Arctic Drift, which follows arctic scientists enduring extreme conditions to discover the true impact of environmental degradation. Other high-end docs at MIPTV focusing on humanity’s disruption, and destruction, of the natural world include David Attenborough’s A Perfect Planet for BBC and Earthshot: How to Save Our Planet, a five-part series from U.K.-based Silverback Films that looks at ways to fix the climate, restore nature and build a waste-free world.

It’s unclear how long these warm, fuzzy and woke trends in reality TV will last, post-COVID. Townley argues that family viewing, having spiked under lockdown, will likely fall off but remain important.

“Co-viewing has brought families together,” he notes. “It might not be as intense after the pandemic, but I think we’ll see it continue for a while.”

Socially distanced shows, however, could quickly vanish if vaccine rollouts prove as successful as hoped. The live-audience, shiny-floor show, which disappeared during the pandemic, is primed for a comeback.

“I’m super-thrilled that the vaccinations are working and [infection] numbers are going down here in the U.K.,” says Richter. “We’re all missing that special excitement that comes from doing a show in front of a live audience. It looks like that will be possible again very soon.”