[This story contains spoilers from the “Good Grief” episode of ABC’s Modern Family.]

The reveal came at the top of the show, which, as co-creator and co-showrunner Steve Levitan tells it, was by design to illustrate how death can come at any time when people least expect it.

Below, Levitan talks with The Hollywood Reporter about DeDe’s death — she died peacefully in her sleep on a trip with her women’s group — as well as whether the comedy will continue beyond its current 10th season as ABC takes over ownership of the 20th Century Fox TV-produced series. 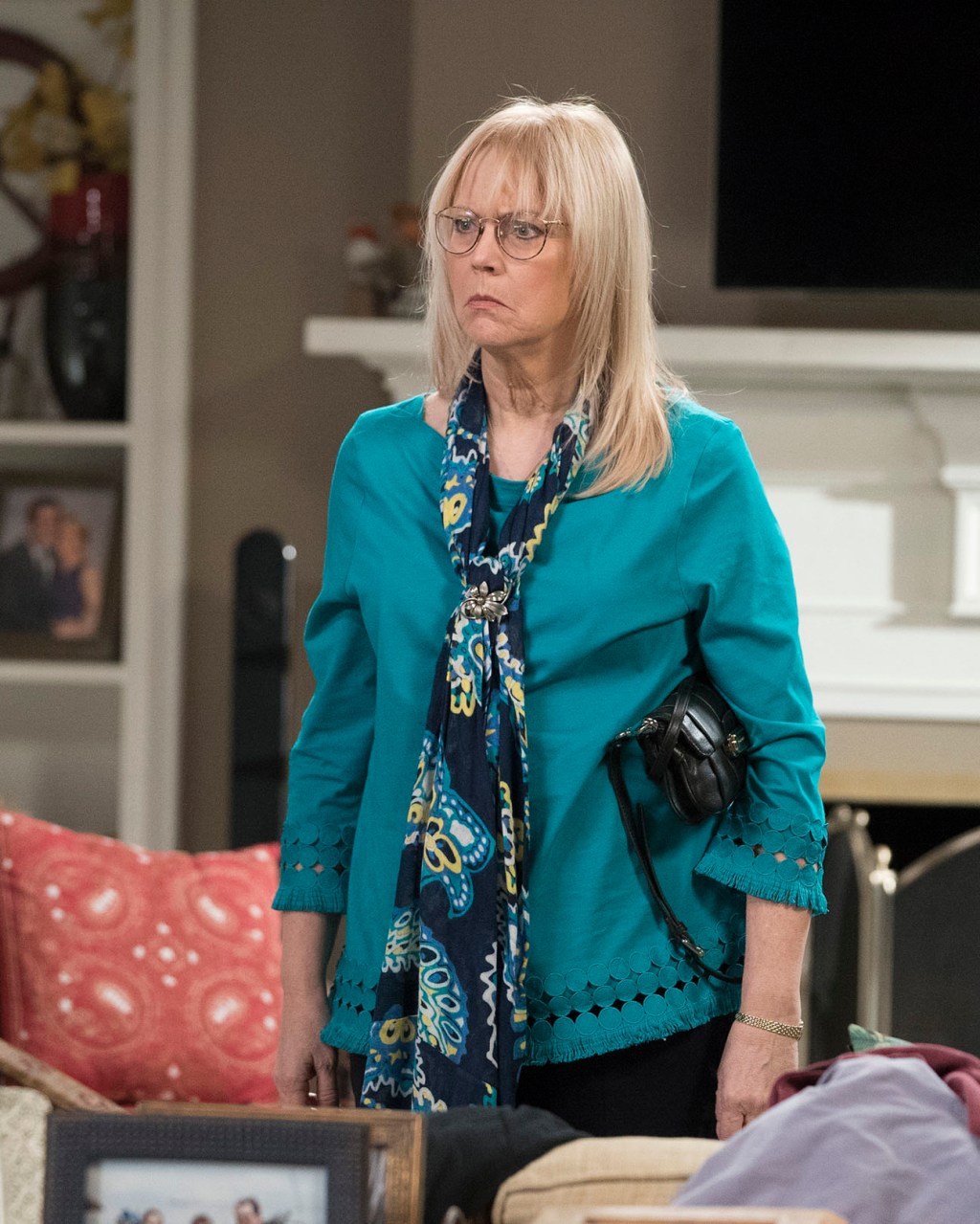 What was behind the decision to kill off a member of the family?

We gather [with the writers] at the beginning of the season and talk about the big arcs and things that we want to have happen — the milestone moments. It occurred to us that death is a giant part of the family experience and while Phil (Ty Burrell) had lost his mother in a previous episode, we’ve never seen the entire family have to deal with such a loss. It seemed like an interesting thing to have happen.

How did you land on DeDe?

How did Shelley Long take the news? Was there a conversation about having her appear at all instead of the voicemail?

Our casting director, Jeff Greenberg, has known Shelley since Cheers. He called and told her what the story was. We made ourselves available to her if she had follow-up questions. She was very sweet about it. We don’t yet know if we’re coming back for another season and we usually only see DeDe once a year. This was a good way to get a great sendoff. The ramifications and emotional impact of this loss will remain for a little while.

Did you ever consider anyone else? Online speculation included Stella, Jay and Gloria’s dog.

I don’t think we started with, “Let’s do a death episode — who can we kill?” It came from [a conversation of], “What would happen if DeDe died?” That’s how it started. I don’t know that this was part of it at the time, but I lost my mom suddenly two years ago and that experience of getting that call and gathering as a family was very fresh to me. I thought that was the interesting part [of the story] and the biggest challenge was how to do we get this big monumental and sad moment and still get some comedy out of it. We liked that challenge.

And you offset the death with the family all being in pretty great Halloween costumes. Why do that in this episode?

I’ve always been enamored with stories where people are very inappropriately dressed for very serious moments. It’s been a thing of mine for as long as I can remember. I love stories like that. I remember when I was on Wings, my first job ever in TV, the brothers got in a huge and serious fight. Steven Weber [who played one of the brothers] was wearing a clown costume at the time. I loved the juxtaposition of that. That’s what happens with death: It comes at very strange and bizarre moments and can strike at any time. By setting this during Halloween, we could find some comedy on such a sad day.

What do you hope viewers take away from this episode?

We tried to have everything come from a real place. You see how much these characters mean to each other. Hopefully as an added bonus, it would be nice to have people call their mom and dad after it aired.

How will DeDe’s death impact the family moving forward?

We do a follow-up episode where DeDe’s widower brings a bunch of things to various members of the family that she wanted each of them to have and [viewers will see] the effect that has on each of them. 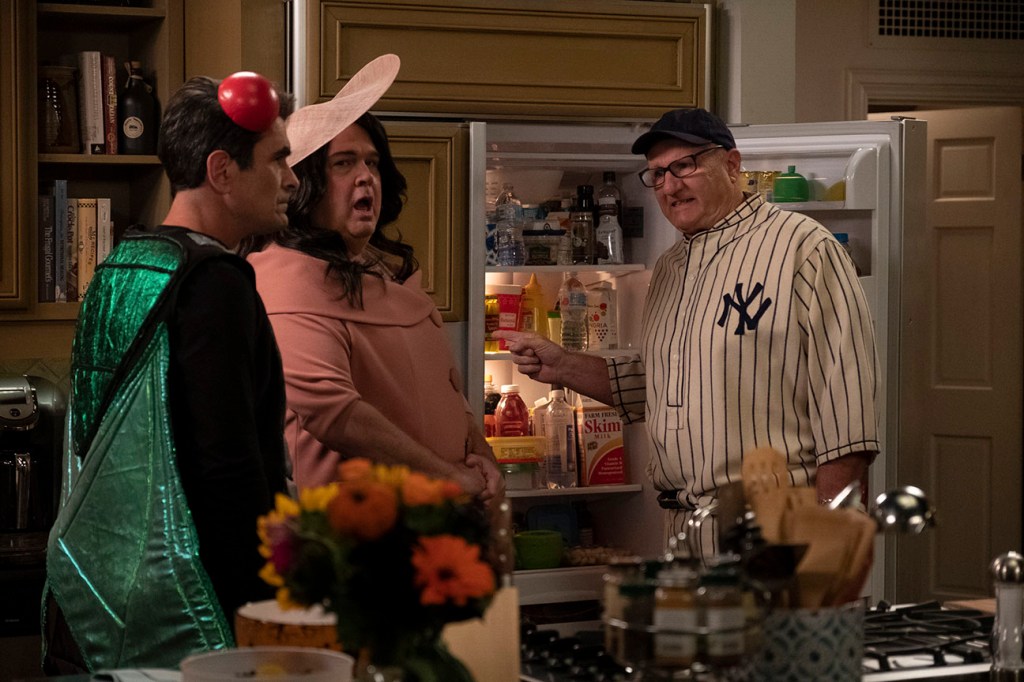 Modern Family is in the final year of its renewal. With the show poised to become owned by Disney, what conversations have you had about its future beyond season 10?

There’s definitely interest from the studio and network and we’re all trying to figure out if that’s what we want to do. There’s a general desire from just about everybody involved to not say goodbye yet. There are a couple hurdles that have to be climbed. We’ll see if it all comes together.

Are those hurdles contracts with the cast?

It’s the cast and making sure we have the right stories and can put together and bring back most of our writers that have been with us for so long. And that it still makes sense financially for everybody. Part of that consideration is us taking a hard look at if we have anything to say next year or will we start repeating ourselves. Hopefully there will be a few developments this year that give us new places to go should we decide to continue on.

Could 'Big Bang Theory,' 'Modern Family' or 'The Goldbergs' End Next Season?

You’re currently writing episode 18 and about to shoot episode 10. What conversations have you had about whether the season finale will serve as a series finale, or some hybrid version of both?

We have talked about the season finale and we have a really nice moment that we’re working on. It could be a series ender. That’s how we opted to do that.

Your overall deal with 20th TV expired in July. As Modern Family plots its future, what’s the latest on yours in terms of an overall deal?

I honestly haven’t taken a lot of meetings because I wanted to see what was going to happen here. There were so many things up in the air for a while: Who was going to buy [20th TV]? And then [once it was Disney], who will go there and run what and what does that new place look like? I wanted to have the answer to that and what’s going to happen to Modern Family before I moved forward. I have had some lovely offers to come talk to some people but so far, I’ve been putting all that off until we get things settled. The second-to-last piece was seeing that [Fox execs] Peter Rice and Dana Walden were going to Disney. And then figuring out when Modern Family will end. Then I’ll have all the information I need to start to decide if I will make a deal with Disney or start looking elsewhere.

Before the Disney deal, you’d said Modern Family would end with season 10. Now that there are conversations about doing an 11th season, has there been discussion of whether that will be it or if there could be multiple seasons to come?

I thought season 10 was going to be it. I think everyone has said season 11 is it. If we were to do it, season 11 would be it, for sure. And I’m not sure it would be a full season. We’re all trying to figure that out.

As 'Modern Family' Hits 200 Episodes, Creators Plot the End (and Maybe a Spinoff)