[This story contains mild spoilers from the season 10 finale of ABC’s Modern Family.]

The season 10 finale of Modern Family, written and directed by co-creator Steve Levitan, could easily have served as a series finale. But after lengthy negotiations, the long-running ABC comedy was renewed for an 11th and final season just weeks before the Disney-Fox $71.3 billion deal was finalized.

Wednesday’s episode followed a year in the Pritchett-Dunphy family as told through each family member’s birthday, culminating in the birth of Haley’s (Sarah Hyland) twins — adding a new generation to the clan.

“I know it in a weird way feels like it could be a series finale, but it wasn’t broken that way. We assumed from the early to mid-part of the season that we would be coming back for one more at that point,” Levitan told The Hollywood Reporter. “Still, we had set in motion this pregnancy and so that was time-sensitive. So, in a weird way, it forced our hand to play something out that could have been played out as a series finale, but that’s OK. We have other things that we can certainly do.”

'Modern Family' Renewed for 11th and Final Season at ABC

Below, Levitan discusses setting up the final season, how many episodes it will contain and how the Modern Family team wanted to explore a fresh take on a sitcom birth episode.

Did you arc out this season so that it would end with the birth of the twins? As a viewer, that seemed pretty logical. And you had a fun “Circle of Life” moment, which was some nice corporate synergy for Disney with the Lion King movie coming out this summer and a nod to the pilot.

Yes. We thought that that was a logical ending to the season. And that’s true. It’s also a good thing that we’re in the same company because otherwise that would be a very difficult song to get.

What were the conversations like when you were discussing doing another season?

For quite a while I thought season 10 would be it for us. I really did. Earlier on, starting about a year or two years ago, I really thought that was the logical place to end it. Toward the end of last season, some people started talking about, “You know what? We could do one more year.” The studio wanted it, the network wanted it. The cast seemed happy and eager to do it. Our crew certainly wanted it. So we were open to it at that point. There was a lot of talk about it — you know, “Can we make sure that we can still end strong?” And we felt that we could, so we agreed to keep it going. We decided to work out a bunch of details. That took a while, but that’s the plan.

You previously told THR that the final season would likely be abbreviated. Have you settled on a total episode count yet?

[Co-creator and co-showrunner] Chris Lloyd and I have agreed to do 18 episodes [next] season, but this is an ongoing conversation, and if it makes sense creatively to do more, we’re possibly open to that.  Our number one focus is to end strong with a great finale. 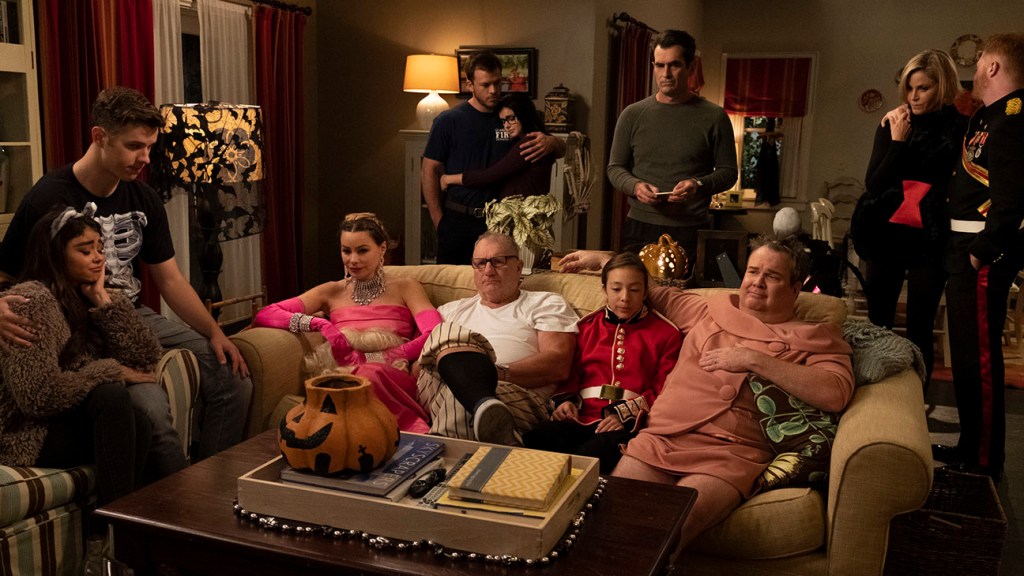 You mentioned the birth of the twins was the logical end point for the season. How are you approaching the story going into this final season?

What we do every year is when we get together in the beginning of June, we sit down and we try to do our best to map out some arcs for the season. Haley gets pregnant is one, which certainly lends itself to a ton of stories. So one of the arcs for next season will just be Dylan (Reid Ewing), Haley and these two new babies living in the Dunphy house, and how it affects that household and everybody in it. We will keep her working so that it’s not easy and everybody has to help out a little bit. So that’s a good place to start, that there’s going to be literally some new life into that house. We have a couple of other ideas for the other two households as well. That’s how we start it, and then we had to begin aiming toward in what we think our ending might be. Once we truly figure that out, we’ll map it out and start heading that way.

A lot of big shows are ending this year, including The Big Bang Theory and Game of Thrones. Are you watching these other shows signing off and thinking about how you’re going to handle Modern Family ending?

Yeah, I have been. And we’ve been thinking about a lot of the classic comedies that have ended — and the ones that have really ended well and those that didn’t, and why we think that some ended well and why we think some felt a little disappointing. It’s going to get an enormous amount of attention from us. Personally, it’s very emotional for all of us. This has been a dream job. From day one we have realized how rare something like this is. We’ve been doing it enough without this kind of success, and long enough to fully appreciate it as it was happening. So the prospect of it ending is definitely sad, but we feel very good by the same token of what we’ve done. We want to honor the show and honor it in the right way, making the audience really feel like that was a journey worth taking from beginning to end, but there will be buckets of tears as we get there.

As 'Modern Family' Hits 200 Episodes, Creators Plot the End (and Maybe a Spinoff)

Have you thought about what you want the series finale to be yet?

We’ve all thought about it. We’re continuing to think about it, but we haven’t landed on it yet. That will be the first order of business: to talk about that, and where we want to head the season. It will be certainly an episode that gets an enormous amount of thought and attention from us.

New ABC Entertainment president Karey Burke has been vocal about wanting a spinoff. What ideas have you kicked around so far? How tempted are you to follow Haley and Dylan in their new life?

I think, frankly, first things first: We want to focus on this one for right now. I personally am not sure that we should do that. Maybe we should, maybe we shouldn’t. It will take some real thought and it’s just something that we haven’t actively been discussing yet. I think the world of Sarah Hyland and I think she’s an unbelievable talent, so I would be thrilled to work with her again. Whether or not we should continue this or anything else, those are decisions that we have to make, discussions that we have to have. 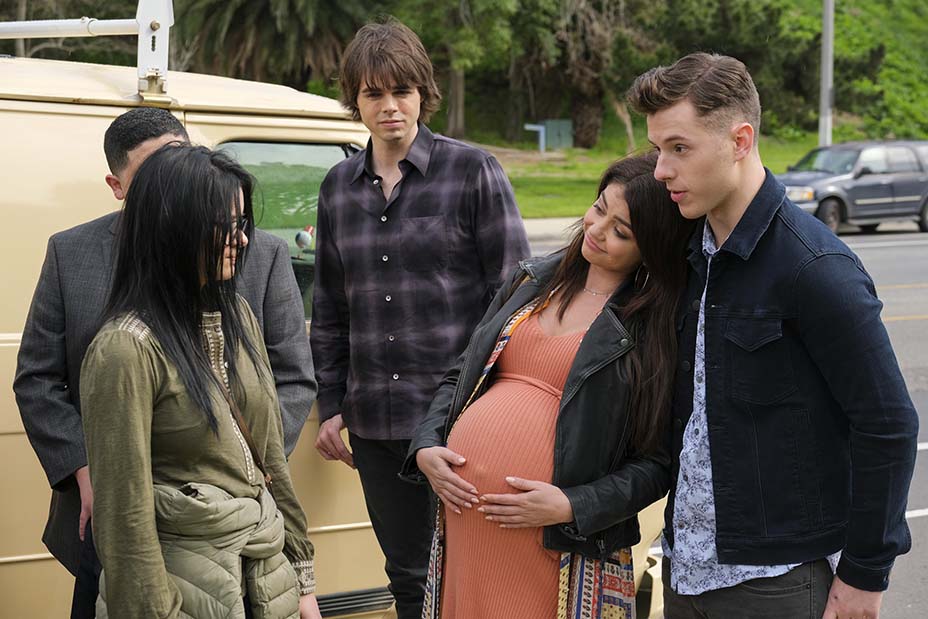 Have you reached out to any of your frequent recurring guest stars to get them back for a last episode or arc?

I think that will be one of the things we’ll do this year as we say goodbye. … We would love to get them back for one more time, one more episode.

This finale was a natural way to include every main castmember in one storyline. Was that important for you to include?

Originally when we came up with the idea for this, it wasn’t for the idea of a year of birthdays. It wasn’t the season finale. It was just an idea for an episode — what if we see every character’s birthday throughout the year? I actually started working on that myself, and while working on it, it suddenly dawned on me that we have to come up with an idea for how to give birth in a new way. Birth scenes have been done to death, and it’s really hard to do something fresh. We’ve seen everything throughout the years. Someone’s stuck in an elevator giving birth, or the mad rush to the hospital, the father saying he needs drugs, all those things. They’ve been done to death, so, this seemed like a pretty cool way to sneak up on the birth. It doesn’t even seem like an episode that’s heading that way, and all of a sudden it’s there and it happens, and you go, “Oh, yeah, it’s another birthday. It’s an actual birth birthday.” And it fits into the theme after all. I just liked that idea and I always said if we can come up with a really fresh, different way to do a birth episode, I’m all for it. This seemed like the freshest approach.

Modern Family will return to ABC for an 11th and final season later this year.