USA Network has announced the final season premiere date for creator Sam Esmail’s Mr. Robot, starring Rami Malek as digital revolutionary Elliot Alderson. The series is set to return Oct. 6, a move that shifts away from the standard Wednesday time slot to a new Sunday night time slot. News of the premiere date comes by way of the first full trailer for the final run of Mr. Robot, which is set to clock in at 13 episodes in total — the longest season to date, trumping the second season’s 12 installments.

'Mr. Robot' to End With Season 4 on USA Network (Exclusive)

A haunting rendition of “Silent Night” brims beneath the trailer, signaling the setting for what’s ahead in the final season: Christmas, computer hacking and chaos aplenty. Set during Christmas 2015, the fourth and final season of Esmail’s thriller sees Elliot and his violent alter ego Mr. Robot (Christian Slater) embarking on a path to target the top 1 percent of the top 1 percent — and their pursuit puts them directly on the radar of dangerous entities like Whiterose (BD Wong) and the Dark Army, ruthless businessman Phillip Price (Michael Cristofer) and the full apparatus of E Corp, along with other unknown forces of terror. Whatever dangers lie ahead, it’s enough to cause even the Robot side of Elliot’s personality to sound the alarms.

“If you go down this path, it’ll never end,” says Mr. Robot, a far cry from his typical caution-to-the-wind approach. “It will always be something else — another symbol to destroy, more people to save. This is an endless war. What you’re about to do is crossing a line.”

Elliot’s response, uttered over a roaring fire: “It’s a little late for that, don’t you think?”

In the season three finale, Elliot set the wheels in motion to undo his greatest act of power yet: the Five/Nine Hack, an event that led to a global financial tailspin. Following the episode, Esmail spoke with The Hollywood Reporter and offered a glimpse into how Elliot’s actions would inspire the series’ endgame.

“It brings the show back to its initial promise of Elliot wanting to take down the guys behind the scenes who are manipulating society,” he said. “The journey between seasons one to three has been about discovering who the real culprits are. The hack was merely a distraction that was co-opted by these people, and it’s finally been revealed and exposed to Elliot. In a weird way, the next season will return back to that initial premise of the show and have Elliot be motivated by that, with this new clarity.”

Along for the ride: Mr. Robot himself, typically at odds with Elliot, but now finally united with a shared goal that will be explored in the final season, according to Esmail.

“Whenever I talk about Elliot’s emotional journey, it really is about this relationship with Mr. Robot, that needs to face its reckoning at some point,” he said. “The ending of [season three] pivots them to working together as a team for the first time in a genuine way. There’s this realization that they are pieces of one whole, and it’s something we haven’t quite seen before, especially given the tumultuous relationship they had together in season two, and then here in season three when they didn’t speak with each other for basically the entire season. We’ve now finally brought them to a point where they can work together as a team — and dare I even say, integrate.” 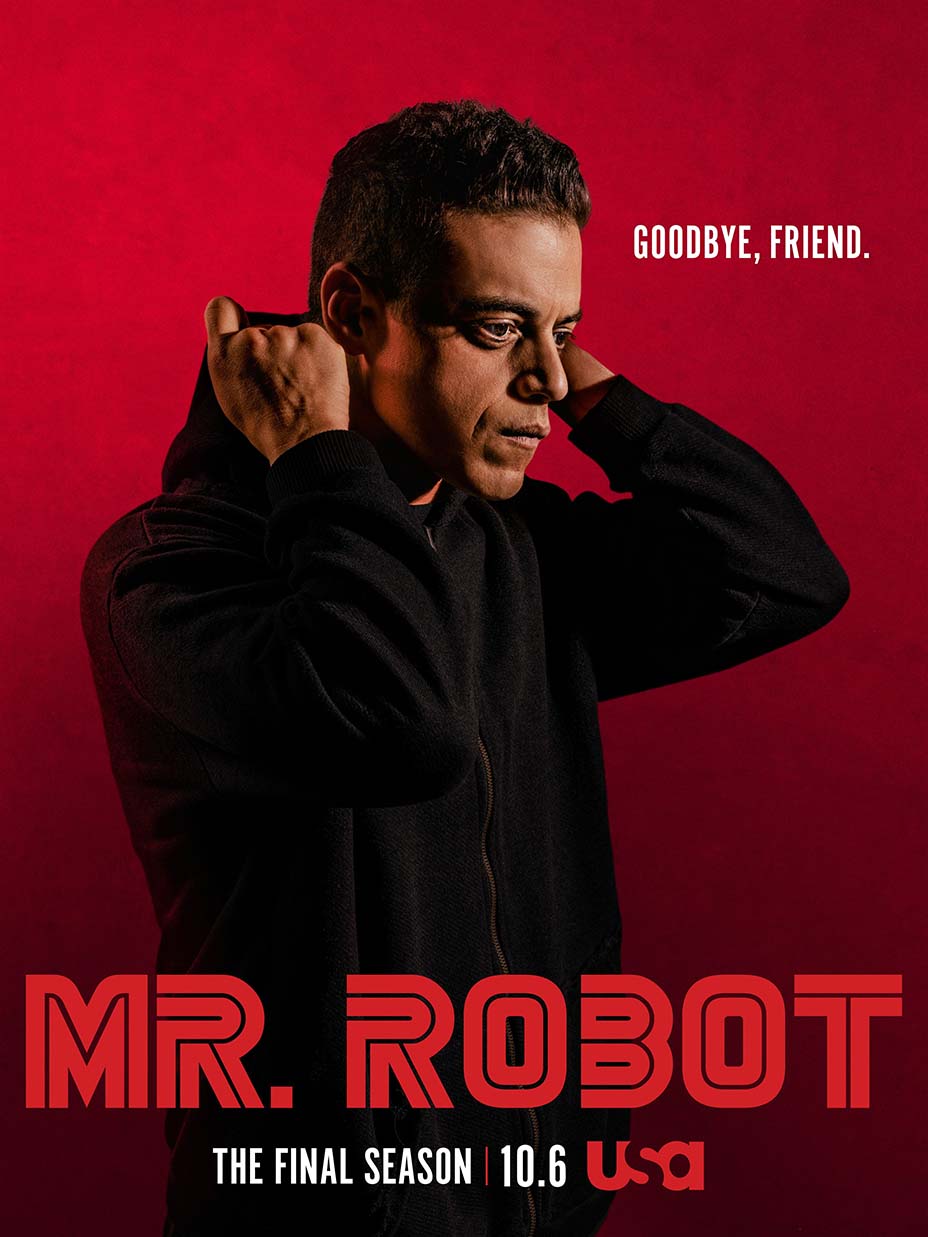