Between hacking the world to pieces as Elliot Alderson and channeling his inner Freddie Mercury elsewhere, Rami Malek has his hands full. The third season of USA Network’s Mr. Robot is about to launch, just as the Emmy-winning actor is starring as the legendary singer in the Queen biopic Bohemian Rhapsody from director Bryan Singer. Needless to say, the man is wiped.

“I’m going to die once it’s over,” Malek laughs, speaking with The Hollywood Reporter over the phone during a break from filming in the United Kingdom. “But I’m just running on adrenaline at this point. I’m having one of those moments where you say, ‘This is the time of my life.’ It’s pretty extraordinary, to say the least. It’s an astonishing time in my life. It’s an unforgettable time.”

The Scaramouche of it all aside, for our present purposes, the time is nigh for the return of Robot, premiering Oct. 11 with the first of 10 new episodes. Little more than a year has passed since the season-two finale aired, and likewise, some time has passed when season three resumes the action — but not much. Just enough time for Elliot to begin the road to recovery after sustaining a gunshot wound from Tyrell Wellick (Martin Wallstrom), accept the reality of his disintegration with the inner demon known as Mr. Robot (Christian Slater), and finally start to make active strides toward fixing the world he handily broke during the first season’s Five/Nine Hack.

In other words, season three stands to push Elliot further along his dark path — but Elliot plans to push right back, as he takes a long look in the mirror and tries to actively face the reflection. Echoing creator Sam Esmail’s thoughts on the episodes ahead, Malek teases a propulsive and tense quality to the imminent future of Mr. Robot, even as the season mirrors the present.

“Sadly, it mimics the world we live in,” Malek says of season three’s relevance. “I do feel we have enough tender moments and gut-check moments in these episodes that mimic our world and make everything a little bit more accessible for the viewer than we would have been, if we had not been in the slightly chaotic, eroding climate that we’re in.”

Read on for more of Malek’s thoughts on what fans are in for when Mr. Robot resumes, including the evolution of Elliot, the actor’s own enhanced understanding of his complicated character, and a return to his hacker roots. 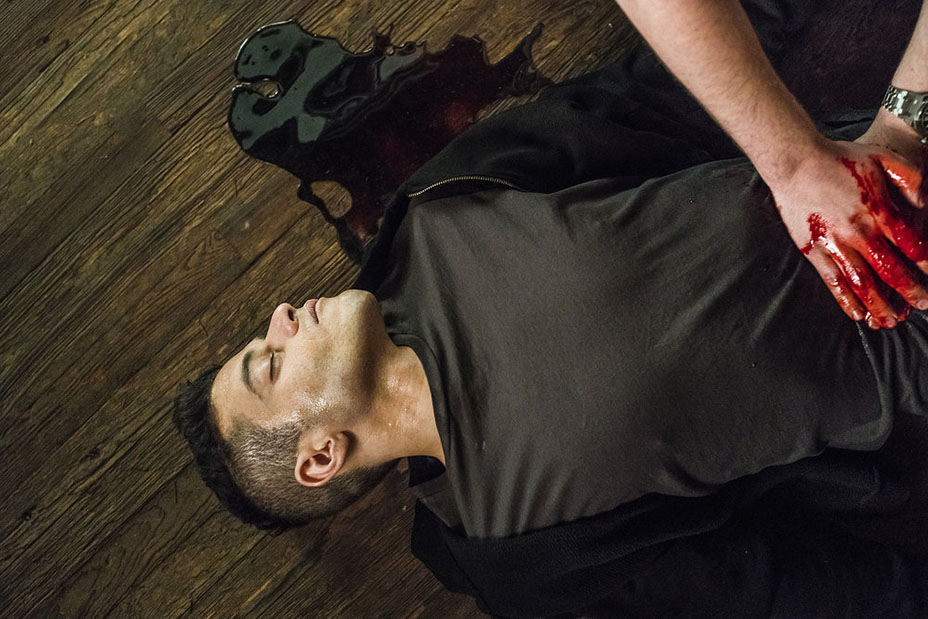 How does season three of Mr. Robot push this show’s themes and stories forward?

From the beginning, there’s this very poignant sense of alienation that existed in every season, and still exists to date. But there’s an awareness in this season that is dramatically different from the first two. It is, as any series should be, a period of growth for all of the characters and for the overall story. As we as human beings grow, we become wiser and we begin to filter what works for us and what keeps us from growing — what hinders our growth. As storytellers, we begin to more acutely tell a multidimensional story in a way that is as politically and socially poignant as it is entertaining. We’ve grown. It’s a wiser season than the others have been. What I mean by that is that we’re able to add pace and energy to the show, because we know more as storytellers and as characters of what we need to achieve, and the little time we have on the clock as it ticks away, in order to be able to tell a compassionate, riveting story.

What you’re describing sounds very much of a piece with Elliot’s apparent journey this year. Not that he hasn’t had proactive moments in the past, but do you feel he’s evolving in that sense this season?

Entirely. It’s hard, given his circumstances, not to continue to exist in that world of self-loathing and hatred. I think the Elliot we meet in this third season is one who understands that he is responsible for some egregious things that have happened to a world he’s tried to fix. In the past, he’s kind of divorced himself from the reality he’s in. Now, he’s more invested and has more of a clarity in terms of who he is and what he hopes to achieve, despite his flaws. In a more simple way, his responsibility outweighs his deficits.

How has your relationship with the Mr. Robot character evolved? Because you’re getting more opportunities to play out that side of Elliot, even though it’s principally performed by Christian Slater. Have you felt your understanding of Robot change the more you’ve been exposed to living in his skin?

That’s a great question. Yeah. I’ve always looked at trying to make this character relatable and still go to the dark places and have an understanding of that anarchist mentality that is Mr. Robot, that does exist in Elliot. Bridging that gap becomes different when you get to start playing out the Jekyll to your Hyde. Once you have a chance to inhabit that, not just from an awareness of and an idea of putting the pieces together, but actually having more of a grasp of what goes on with this type of mental situation…for me, it’s been more emotional at times, and more courageous in a way. There’s a sense of acceptance that comes with knowing these things exist, but actually finding yourself caught up in them physically and in the moment in situations where you can’t really blame anybody but yourself because you’re actually engaging them in the moment? It’s just a sense of awareness you can’t shun anymore. We have a lot of shots in this show that are very reflective, where we’re looking in mirrors and staring back at ourselves. Sometimes it’s staring at Mr. Robot. But there are many moments now where Elliot has a new awareness that it’s as much him as it is Mr. Robot. It becomes more of a balance in terms of being really attuned with the very simplistic theme of good versus evil, and how delicately and rapidly those two things can merge into one.

The season premiere quickly reestablishes something fundamental about Elliot, even if it’s something that perhaps I lost sight of in the midst of season two’s winding narrative: Elliot is a world-class hacker. What has it been like to really tap back into that aspect of the character?

It all boils down to something I think [former U.S. Secretary of Defense] Leon Panetta said once: “The most aggressive tool for war are these hackers.” When you look at what this character is capable of, and everyone’s trying to use his abilities for good or for evil, you definitely get another complex understanding of why he’s so torn between so many sides, and how difficult it can be for someone who has these capabilities to begin to trust people around him, be they friends or family or people who can help him advance a certain ideology he has for himself and the world around him. It lends itself to situations we all find ourselves in, just being human beings, when we’re trying to navigate the world we’re in and who we can trust and who’s helping us get by on a daily basis and who’s limiting us. I think it’s something that everyone can relate to.

Listen to the first episode of our new Mr. Robot podcast, previewing the season ahead: