“We have lost the ability to co-exist,” says Stephanie Ruhle. It’s the Wednesday after the Labor Day holiday and the MSNBC anchor and erstwhile Wall Street wiz is sitting barefoot behind the desk in her fifth-floor office at NBC’s Rockefeller Center headquarters. It’s a few minutes after her 1 p.m. show — Live With Velshi and Ruhle, which she anchors with Ali Velshi — wrapped and we’ve just walked up the two flights of stairs from the studio. Ruhle always takes the stairs.

“Now you can be like, I did something today, right?” she says with a laugh. Ruhle, a married mom of two boys, 13 and 10, and a 6-year-old girl, has a very tightly scheduled existence. The daily meeting for her 9 a.m. MSNBC hour, which she anchors solo, is at 6 a.m. And her exercise regime is the 7 Minute Workout, an app on her phone.

But a concern about the degraded state of public discourse has led Ruhle to squeeze one more job into her schedule: Her podcast, Modern Ruhles, launched Sept. 11 on the iHeartRadio network (co-produced by MSNBC), with the aim of bringing context and nuance to thorny issues — #MeToo, privilege, moral leadership — that are reduced to sound-bite cudgels on social media. “I think this is a dangerous time,” she continues. “Where I’m hopeful is, I don’t actually think we’re so divided. I think platforms have made us more divided.”

Her guests include Terry Crews, Amber Tamblyn, Questlove, Girls Who Code founder Reshma Saujani and her own mom, who voted for Donald Trump. “People are not going home for holidays!” Ruhle exclaims. “Suddenly we’re saying I can’t be Facebook friends with my high school [classmates] anymore. That’s exactly why we decided to make this podcast. Because of this idea that if you disagree with me, you’re a bad person.” 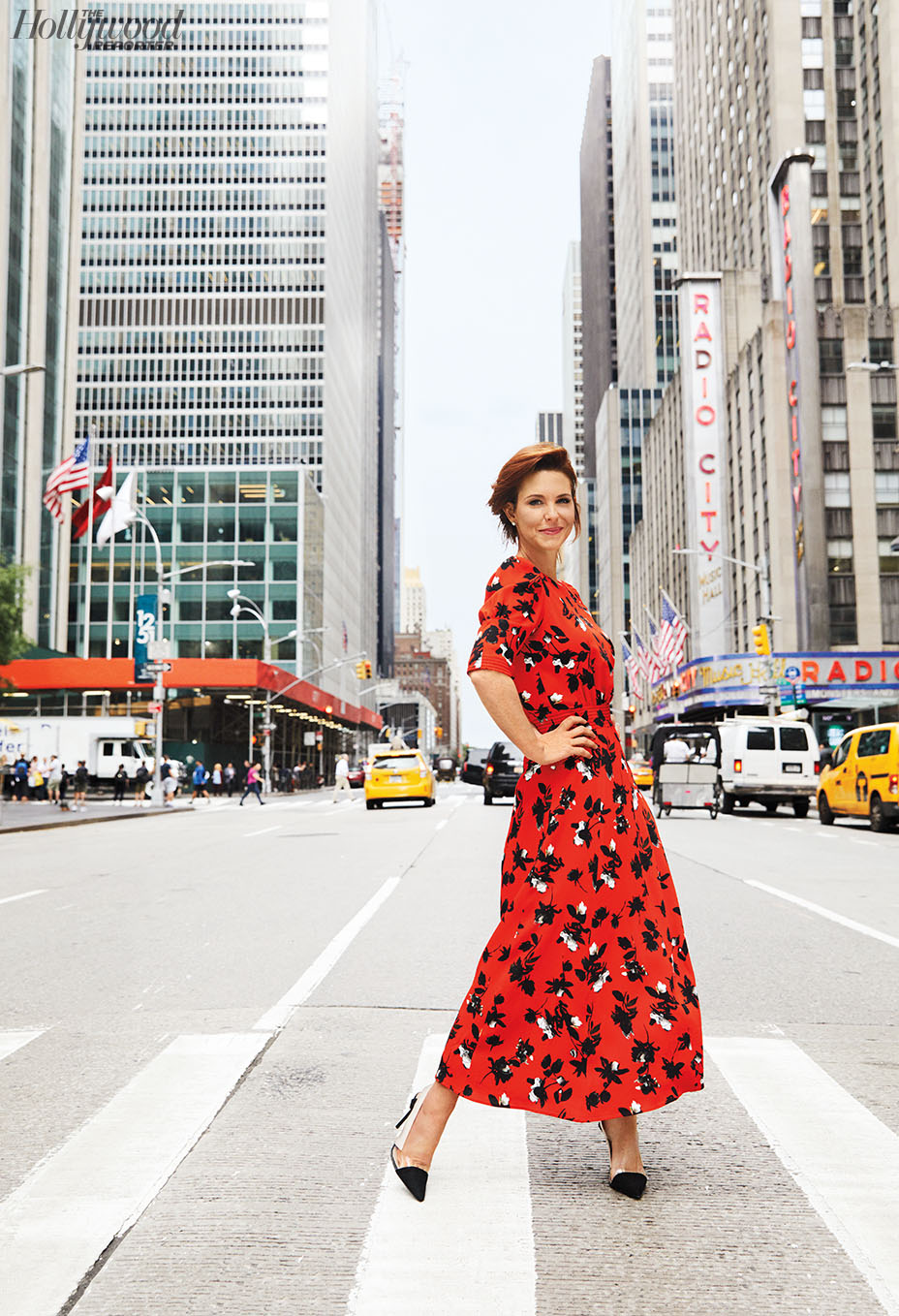 In the post-factual era of the Trump presidency — the House of Unforced Errors, as Ruhle calls it — constructive conversations in the public square are increasingly rare. “We are in this cancel culture,” she says. “People who are true influencers and thought leaders have said, ‘You know what, I’ve got nothing to say. It’s too risky. I don’t want to put myself out there.’ I have guests on a regular basis say, before a segment starts, ‘Well, I wouldn’t say this on TV, but …’ “ 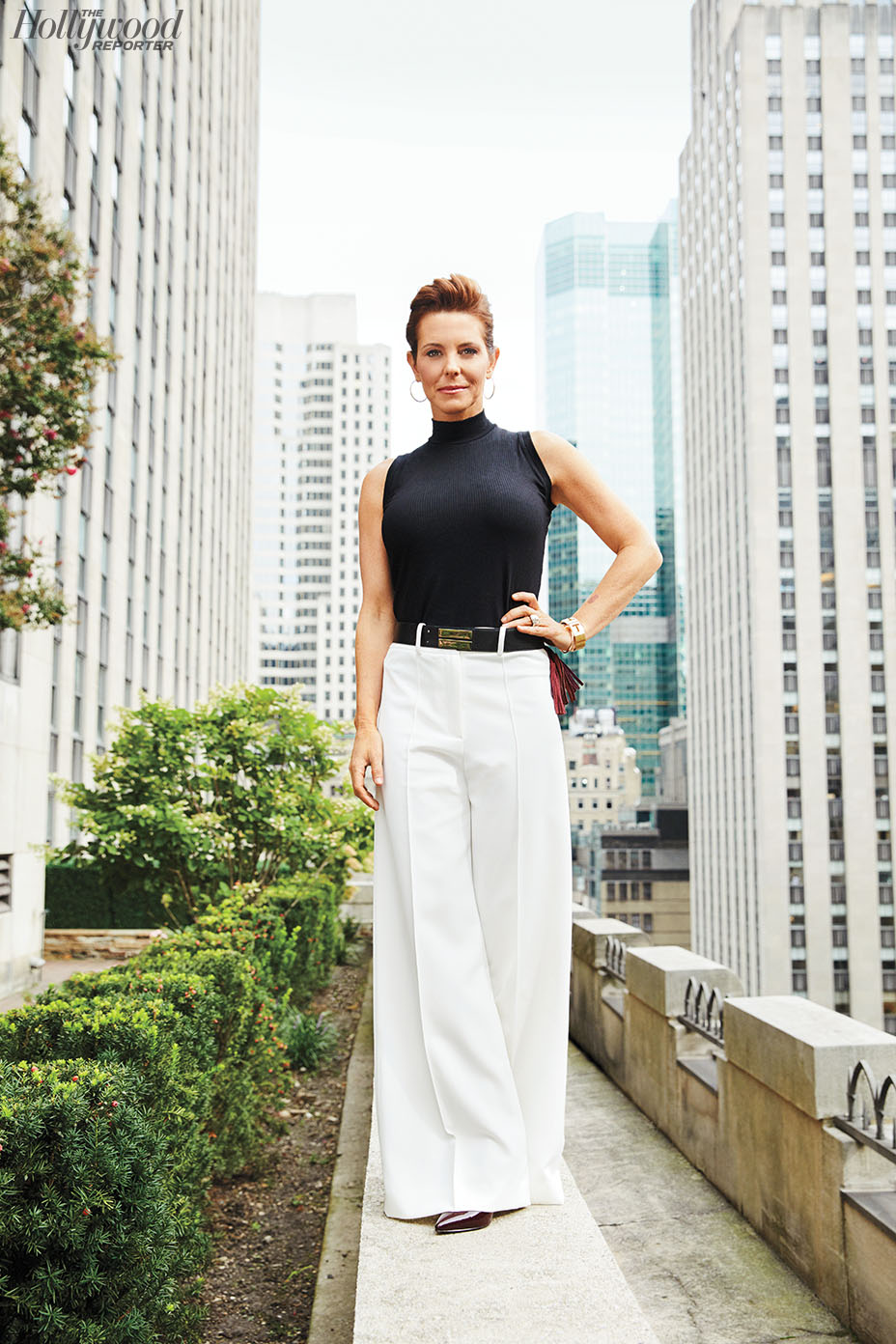 Armed with factoids gleaned from 14 years working in finance (at Merrill Lynch, Credit Suisse and Deutsche Bank) and then as a reporter and anchor at Bloomberg, which marked her entree into TV news in 2011, the 43-year-old Ruhle has emerged as a clinical critic of the president’s economic policies. She maintains a robust list of business world contacts. (This is helpful on multiple fronts — like when she emailed the CEO of Dick’s Sporting Goods to get Velshi into a shuttered store in North Charleston, S.C., for much-needed all-weather gear while he was en route to cover Hurricane Dorian.) And she is unafraid to call out Trump (“used car salesman,” “habitual liar”) on TV or Twitter, as when she reminded her 415,000 followers that he “repeatedly misled” Americans on tariffs while starting “a trade war & insisting it was an easy win.”

“Fact checking is our job,” she says “But when you’re fact checking someone every day and you’re doing it relentlessly, things do start to sound one-sided.”

All of this has made her a target of internet trolls, but Ruhle shrugs off the incoming fire. “I have the benefit of numbers on my side,” she says. “So if I stick to the facts I don’t have to get into a subjective war with anyone.” 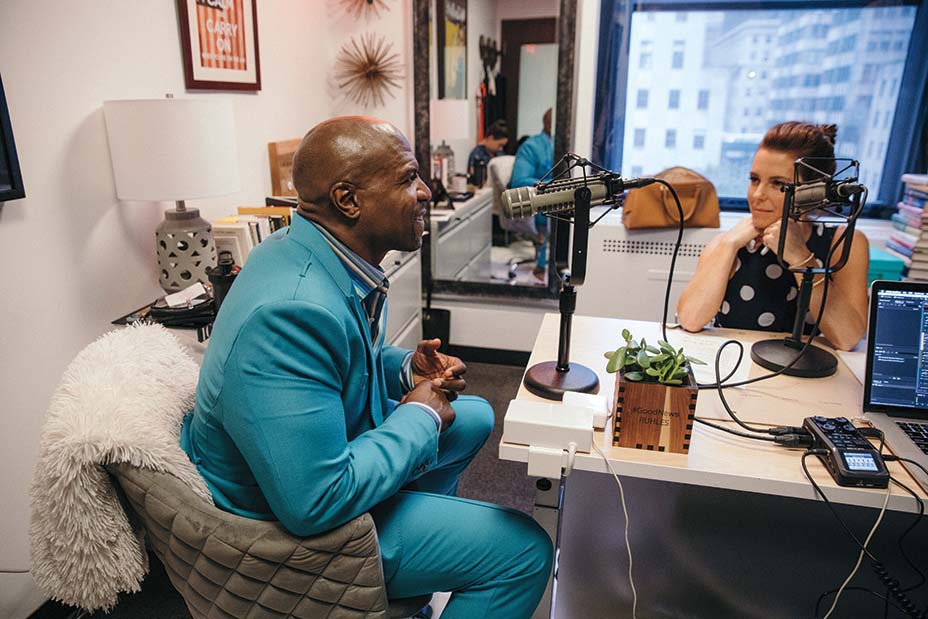 A version of this story first appeared in the Sept. 25 issue of The Hollywood Reporter magazine. To receive the magazine, click here to subscribe.