TRL is returning to MTV after a nine-year hiatus, and the iconic music countdown show underwent a facelift before its Monday debut.

The reboot of Total Request Live will return to its famed Times Square digs when it kicks off its hourlong weekday shows (at 3:30 p.m. ET) this week. Originally hosted by Carson Daly, the MTV pop-culture phenomenon became appointment TV shortly after it launched in 1998, with throngs of sign-waving fans taking over the streets below the 1515 Broadway glass-encased studio hoping to catch a glimpse of the stars and excitement happening inside.

The Hollywood Reporter got a first look at the studio and spoke with the minds behind the show and still, little has been revealed about what the format will look like in 2017. As TRL starts the clock on its own first-week countdown, here is what is known about the reboot. 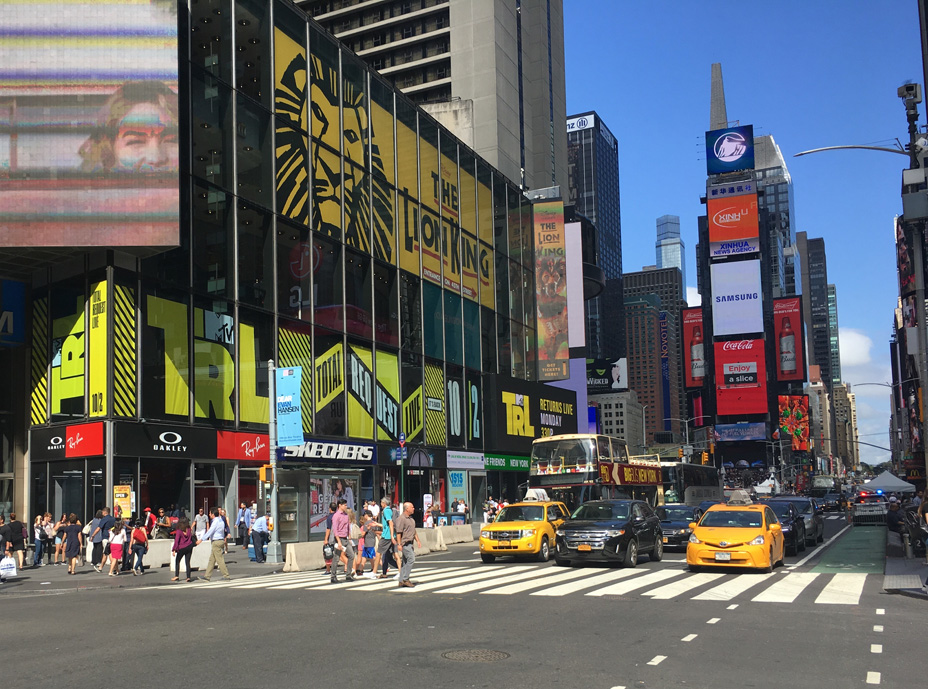 The TRL studio first opened in the late ‘90s and went on to serve as the home for the show for 10 years. The largest windowed, multi-camera studio in New York City is recognized for its floor-to-ceiling transparency over Times Square — and one of the first things the TRL team did was give the city a heads up that the show, and its fans, would be returning.

The renovated and expanded 8,700 square-foot studio keeps the same footprint of the original show, but the 2017 version is an organic, non-traditional set intended to change day-by-day. All of the space is usable to film and includes TRL-shaped couches for the 200-plus studio audience, two performance stages, multiple video screens — including one on the floor — a headphone-encased DJ booth and LED lighting galore.

“Having audience and fan engagement is really key,” showrunner Albert Lewitinn tells THR. “That’s why we built the set this way. It’s not just a stage with an audience. The idea was to have the most immersive set possible.” 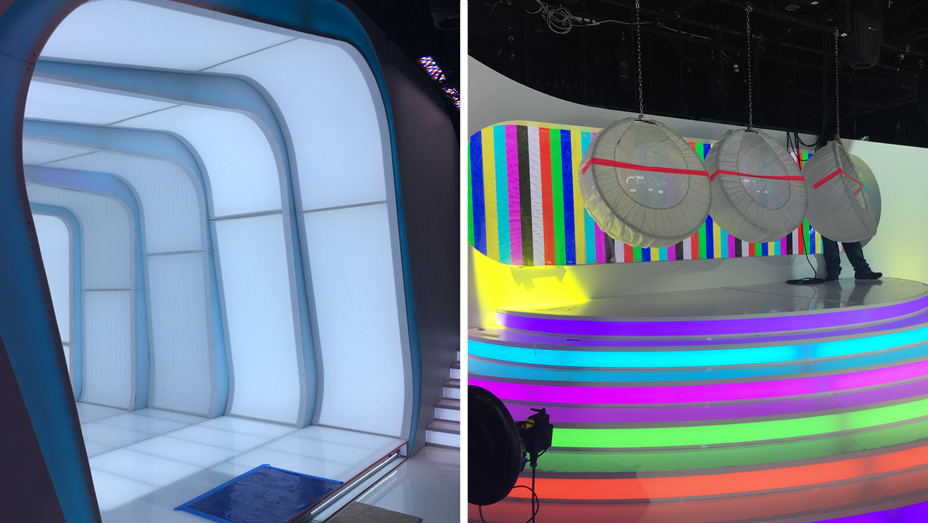 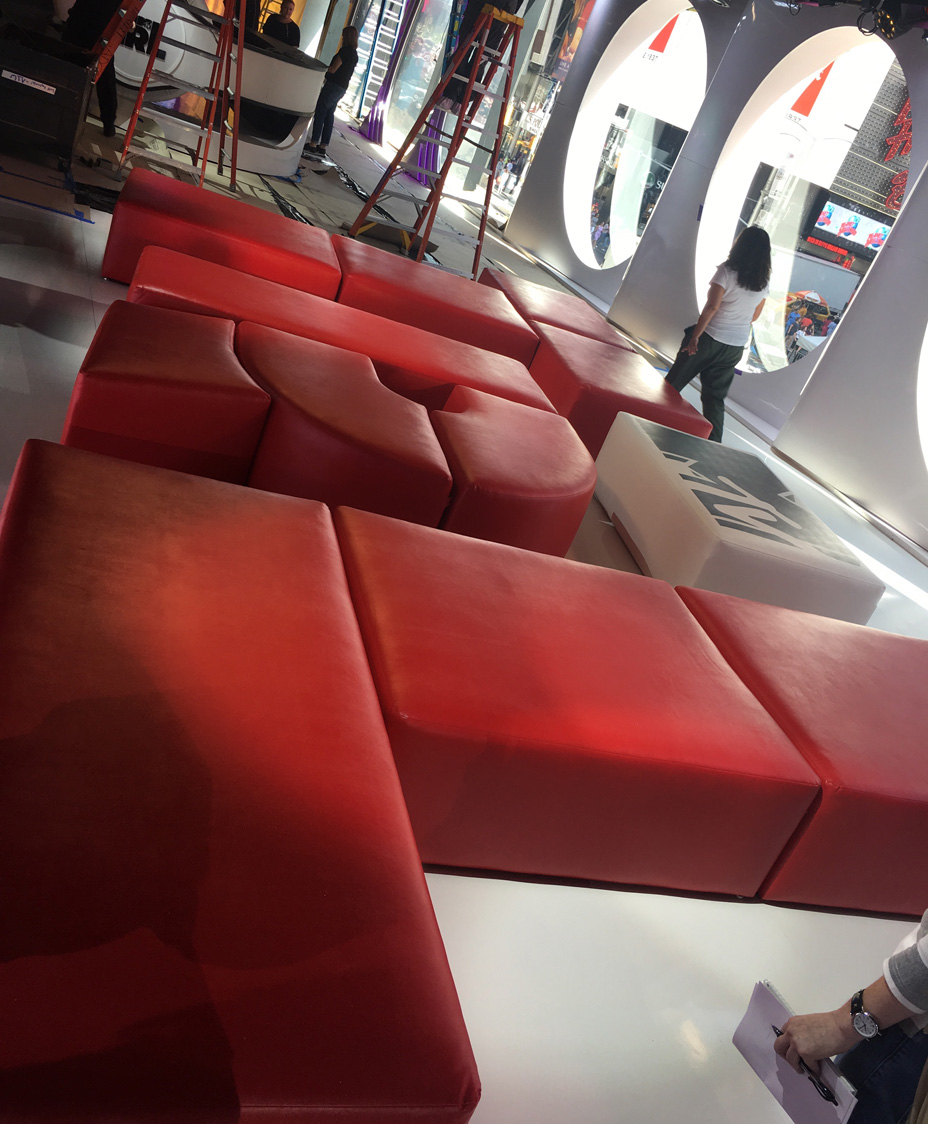 In Daly’s place is a slew of faces, led by DC Young Fly and his rotating “squad” of social media influencers, including Tamara Dhia, Amy Pham, Erik Zachary, Lawrence Jackson and content creators Liza Koshy and The Dolan Twins. They come from diverse backgrounds and they all bring “different characters” to the show, says Lewitinn. “You have to be representative of the entire culture. The idea is to be diverse so that everyone embraces the show.”

DC Young Fly is known from appearances on Nick Cannon Presents: Wild ’N Out and BET’s New Edition miniseries. After auditioning in May and continuing with his stand-up, the 25-year-old says his first thought when he got the call was, “God is good.” Though he was too young to be watching the original, he counts episodes with Eminem, Mariah Carey and JLo as his favorite show moments.

“I’m not the new Carson,” he says of the comparison. “I’m DC Young Fly that ended up being on TRL and I have four amazing co-hosts that are going to kill the show as well. If your granddaddy set a mark and you have grandchildren taking over the job, we aren’t trying to be like grandad. What we are going to do is take grandad’s legacy and uphold it, but we’re going to turn up.”

DJ Khaled will inaugurate the launch day festivities by raising the iconic Times Square ball alongside Ed Sheeran, DC Young Fly and Koshy to officially kick off the show ahead of Monday’s show, which will air commercial-free.

“The outreach for performers has been fantastic,” says Lewitinn of booking guests for both outdoor and in-studio performances. “I’m actually pleasantly surprised. The response has been, ‘Yes of course. It makes total sense!'”

'TRL' Without the "R": Can MTV's Music Video Program Survive Without Music Videos?

Lewitinn was reticent to divulge too much into the format of the show, as the element of surprise is a key player. One thing they will be keeping from the old format is the request factor.

“The name is Total Request Live,” he says. “We live in a world now where you can request an Uber or an at-home meal and here it’s the same thing. You get to request all different aspects of culture in your life and we’re keeping that part in. Requests are the heart of the show.”

He adds, “This is Times Square — anything can happen!”

Who Will Be Watching?

No longer launching during a time of appointment television, TRL will also integrate linear, social and digital elements, including a daily pre-show and post-show on Facebook and YouTube, daily live stream on Live.ly and Musical.ly and various social content across Instagram and Twitter.

While hoping to attract both old fans and new, the team is embracing the viewers who won’t be watching at 3:30 p.m. on the dot. “You should be able to watch it on DVR, online and to catch up on snippets. Life has changed and we’re embracing what reality is today. The success we will measure is beyond ratings. It’s word-of-mouth. What measures our success is for people to have a pop-culture shortcut.”