Live-tweeting has undeniably changed the way that we consume media. Whether it’s an episode of a popular show, an awards ceremony or even political speeches, having access to millions of opinions about an event in the moment has caused a paradigm shift in television watching. Studies have shown live-tweeting makes up more than half of weekly Twitter TV impressions.

It’s wild to imagine its origin lies with robots shouting at bad movies.

Those mocking machines come from Mystery Science Theater 3000, a cult comedy series spanning multiple decades and networks. Now celebrating its 30th anniversary, the show features a hapless human test subject and his robot friends being subjected to watch some of the most terrible films in the universe. But the plot came second to the trademark of MST3K: the trademark “riffs” that got spouted out by the captive trio in response to the schlock they were watching.

“Naturally, I had heard the term ‘riff’ to describe a jazz improv, when two or more musicians were creating riffs based on the last musical remark,” Joel Hodgson, creator of MST3K, tells The Hollywood Reporter. Hodgson has been with the program every step of the way, from its UHF roots in Minneapolis to its recent revival on Netflix. But despite being responsible for creating such a game-changer, Hodgson is surprisingly modest about his input to the paradigm shift. That includes the origin of the comedy use of a “riff,” which he credits to The Simpsons writer Dana Gould.

“I liked it right away and started using it to describe the jokes we were doing on MST3K,” Hodgson says. “It made sense because we were reacting to something, ‘riffing’ on the movie, and not exactly making jokes out of whole cloth like other shows.”

Inspiration can come from the most unlikely of places, and for Hodgson, it was an Elton John record. He vividly recalls an image on the Goodbye Yellow Brick Road album for the song “I’ve Seen That Movie Too,” featuring a silhouette of two people in movie theater seats watching a Clark Gable film. In college, Hodgson got another stroke of genius when he began to get into the idea of “ironic viewing.”

“At art house cinemas, they were starting to show things like Robot Monster and Plan 9 From Outer Space,” he recalls. “This world of forgotten, adorable, weird movies. I remember thinking, ‘Why isn’t anybody making a show with that?'” 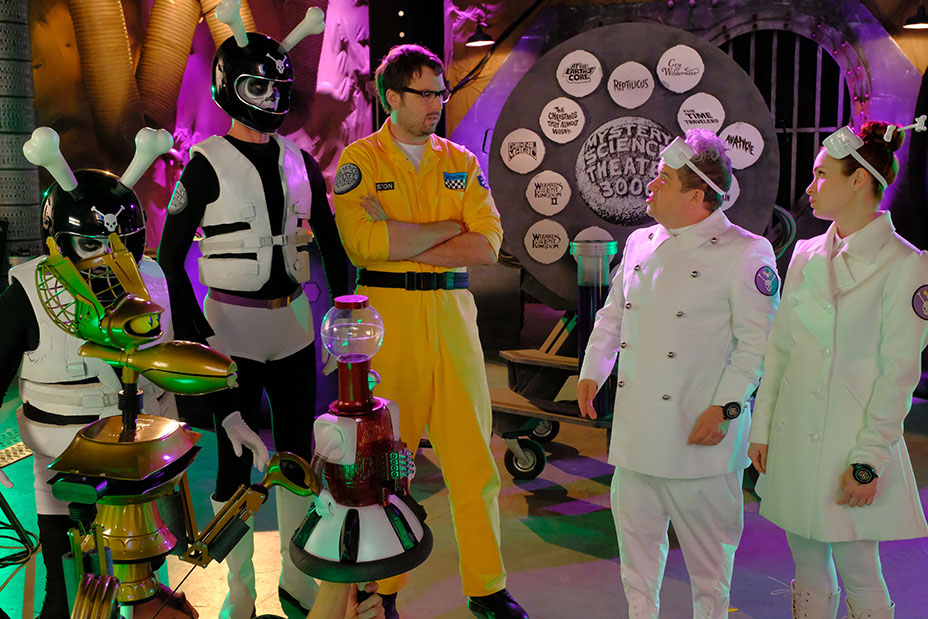 In a culture surrounded by Sharknados, the idea of ironic viewing isn’t alien at all today. Much like the characters of MST3K, people use social media to comment on what they’re watching in the moment. The activity has given rise to the marketing technique of “social television,” where programs and brands will engage on social media to make it a digital water cooler of sorts. They use social platforms to host a conversation about television and provoke robust debate and discussion. So how were MST3K and live-tweeting able to become such popular forms of entertainment consumption?

“It’s the shared screen,” Hodgson says. “[MST3K was] the first show where we were looking at the same thing the audience was. In college, I read everything by Marshall McLuhan. He was the one who said if you have something you can do in a couple of mediums, you’ll have a stronger impression.”

Whether those mediums involve mid-viewing sketches or widely circulated hashtags, the idea of responding to an event in the moment is something Hodgson believes even predates his own work: “From the time they started manufacturing the moving image, it’s been really important and essential that people have been able to react to that.”

Technology, however, has made the activity more widely accessible and communicative. Social media has opened a giant door that allows people to connect with and broadcast their thoughts to people across the globe at any point in time. And the reduced costs of that reachability mean it has become easier to post quips or thoughtful observations in the moment. You don’t need to build robot puppets and a set to riff nowadays — you just need to reach into your pocket. 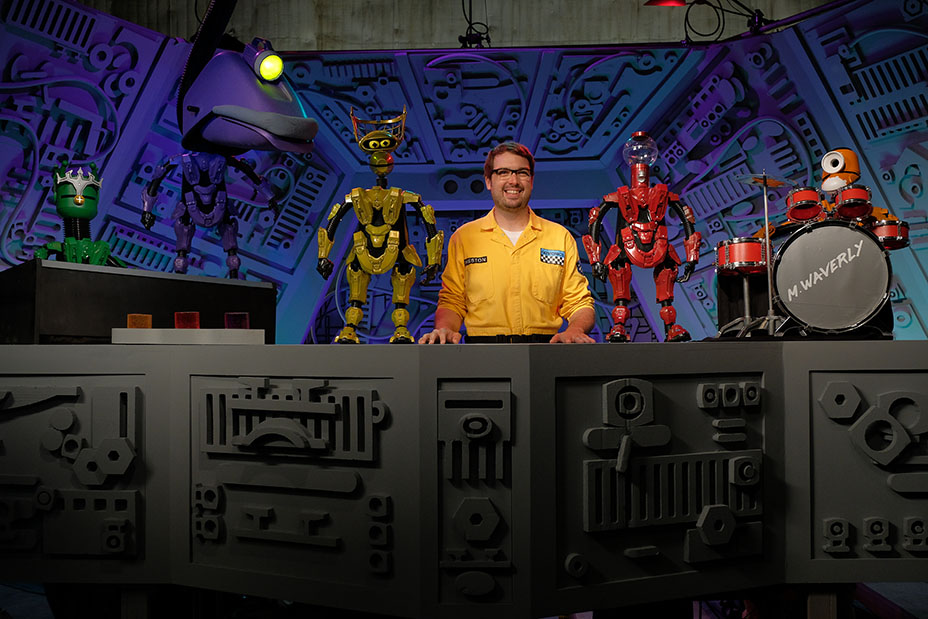 Even before the common man got a chance to sit in the virtual movie theater seats aboard the social media Satellite of Love, the MST3K format echoed upon films and television as a whole. The style of riffing inspired prominent YouTubers like the Nostalgia Critic and Angry Video Game Nerd, who based their material on reacting to certain pieces of pop culture. Their success, in turn, helped create a significant genre of content creator: those who content derives from “reaction” to any piece of entertainment.

Television shows such as Cheap Seats, Deadly Cinema, This Movie Sucks! and Incognito Cinema Warriors XP utilize the same format of in-house commentary. Movies like Ghostbusters and Men in Black have applied riffing in their respective directors’ commentaries, down to the use of silhouettes. Across the country, various comedy groups have formed around a dedication to the art form, holding public performances of live riffing. Among them is RiffTrax, a group created by former MST3K writers who offer downloadable audio riff tracks for popular modern movies. In a predecessor to social media, they even launched “iRiffs” in 2008, where fans could record and upload their own joke-filled commentaries.

The riff style popularized by MST3K has planted seeds that sprouted over the course of the “not-too-distant future,” most notably for Hodgson. His production company Alternaversal has helped create a 30th anniversary tour, the 12th season of MST3K coming to Netflix on Thanksgiving, a feature film, even a graphic novel. When he comes up to take a breath among all of his productions, Hodgson can see the fruits of his labor.

“This was different than most all of the other TV shows of that period,” he says, “where the relationship between the author/performer/maker and audience was usually more formal: ‘I’m gonna make something, and you’re gonna watch me make something.’ Riffing was, and is, slightly different. Both the author/performer/maker and the audience are involved differently because they are sharing the same starting place: a screen or message. If MST3K anticipated anything that might be happening now with social media, it could be this: Reacting to something that both the artist and audience is observing is irresistible and, I think, necessary.”