The second round of the Mexico saga will premiere Feb. 13, more than a year after the release of Narcos: Mexico, which effectively shifted the long-running drug cartel drama into new territory. The first season of Mexico, which was the fourth season of Narcos overall, reset the Netflix series when it traveled back to 1980s Mexico to show the birth of the Guadalajara cartel and trace the origins of the Mexican drug war.

The newest chapter featured a primarily new cast as it pitted a narco, Guadalajara’s Félix Gallardo (Luna), against a DEA agent, Kiki Camarena (Michael Peña). But familiar faces from the world of Narcos cycled into the story as Gallardo built his empire — including Pablo Escobar (played by returning star Wagner Moura), who was the focus of seasons one and two, and his Colombian rivals in the Cali cartel, who were the bosses of season three, in a surprise crossover episode.

Narcos: Mexico once again unfolded under the guidance of an English-speaking narrator, but the identity of the narrator wasn’t revealed to be newcomer McNairy until the final scene. After the death of DEA agent Camarena at the hands of Gallardo, McNairy, playing the next DEA agent-in-charge, arrives in Guadalajara to run Operation Layenda, the task force that would bring about indictments for those responsible for Camarena’s death. Stepping in front of the camera to reveal himself as agent Walt Breslin, he says to close the season, “Now, it was our turn.” McNairy’s casting had been kept secret until the show launched.

Showrunner Eric Newman had kept details about McNairy’s reveal close to the chest, even after the release of the season one finale. Now, in the first new details revealed by Netflix, Breslin is described as “a hardened DEA agent whose methods aren’t always by the book.”

In his closing speech, Breslin hinted as much when he shed some light on where season two is headed. “What happened in Guadalajara in the early ’80s was the beginning,” he explained in voiceover. “The last moment before it all got fucked up. Spun out of control. It was that moment when it all fell apart. What happened in Guadalajara gave birth to the first cartel. From that, others would follow. And the violence and money and drugs, they just fucking explode. It changed the DEA, too. Maybe it woke us up, I don’t know. But it’s where the first shot was fired, the one that started the drug war. And after that, none of it would be the same. How could it be? We knew we were in a war. Now, it was our turn. Pretty soon, they were gonna know, they were in one, too.”

Speaking to THR after the finale, Newman said that the introduction of Breslin follows in line with the agents played by Boyd Holbrook and Pedro Pascal who came before him, and who were spit out after fighting the war on drugs. “It’s just the continuing revolving doors of, ‘Here comes the new guy and this time we’re going to get it right,'” said Newman. “We’ve now seen that with agents Murphy (Holbrook) and Peña (Pascal) in seasons one and two, Peña alone in season three, Kiki Camarena in Narcos: Mexico, and now a new guy, who is basically going to come down and probably get nothing done and the cycle will continue.”

Breslin’s biggest adversary in both the war on drugs and in his attempt to seek justice for Camarena is Gallardo, the leader of the Guadalajara cartel, one of the biggest narcos in the history of Mexico and the founder of the modern Mexican drug trade. Luna inhabits the narco’s traits: quiet but bold, inscrutable but sharp-minded; to all appearances he is a benevolent leader, loyal to his friends, associates and employees, but his ambition comes before all else.

“Narcos has a chance to deliver another five seasons to try to get to today, because there is so much that happens after this season ends,” Luna had told THR about the road the saga still has to travel — one that is likely to include the focus on Joaquin “El Chapo” Guzman, who was played by Alejandro Edda in a minor role on Narcos: Mexico. “This is the beginning of the fall for [political party] PRI, which is the party that was in power in Mexico for 70 years. People are rising and there is this feeling of people doing something they can control. A social awakening. That’s when the PRI starts to fall. So much happens.”

According to Netflix, season two of Narcos: Mexico will continue to chronicle the missteps, ill-conceived agendas and corruption on both sides of the border that have led to a dangerous present in the failed war on drugs. It’s the mid-1980s, as Félix Gallardo’s super cartel splinters under its own dark weight and social and political shifts within Mexico prompt its desperate government’s most brazen corruption. Meanwhile, the American effort to exact revenge for Camerana’s execution leads them further away from any hope for justice. The cycle of violence rages on.

Newman adds of the season, “To understand the current level of drug violence in Mexico you have to understand how it all started, and truly grasp America’s integral role in it. The second season of Narcos: Mexico is a Pandora’s box, the contents of which we still struggle in vain, 30 years later, to try and contain.”

Below, see the teaser and first-look photos for Narcos: Mexico season two, premiering Feb. 13 on Netflix — including the return of El Chapo (at bottom). 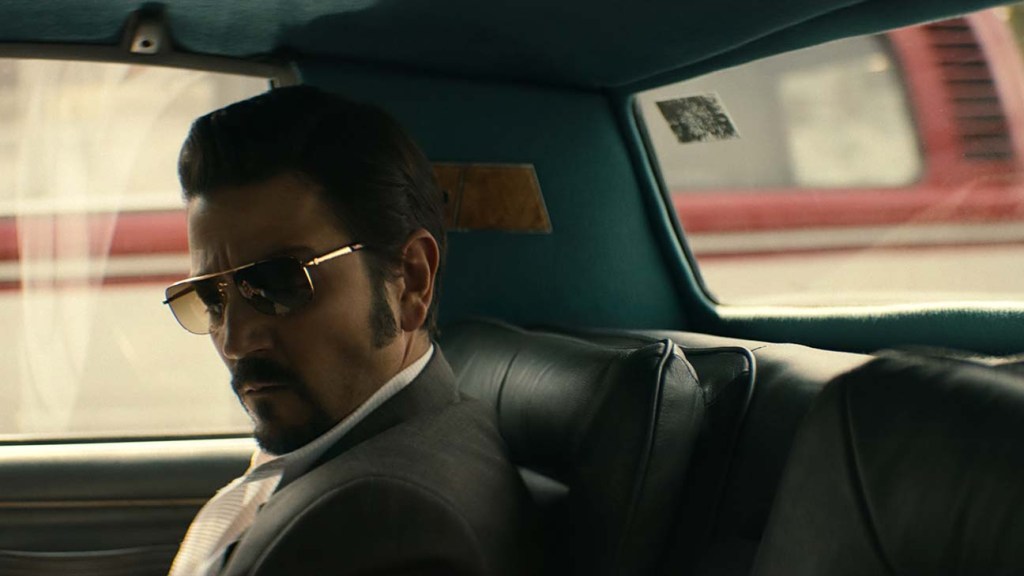 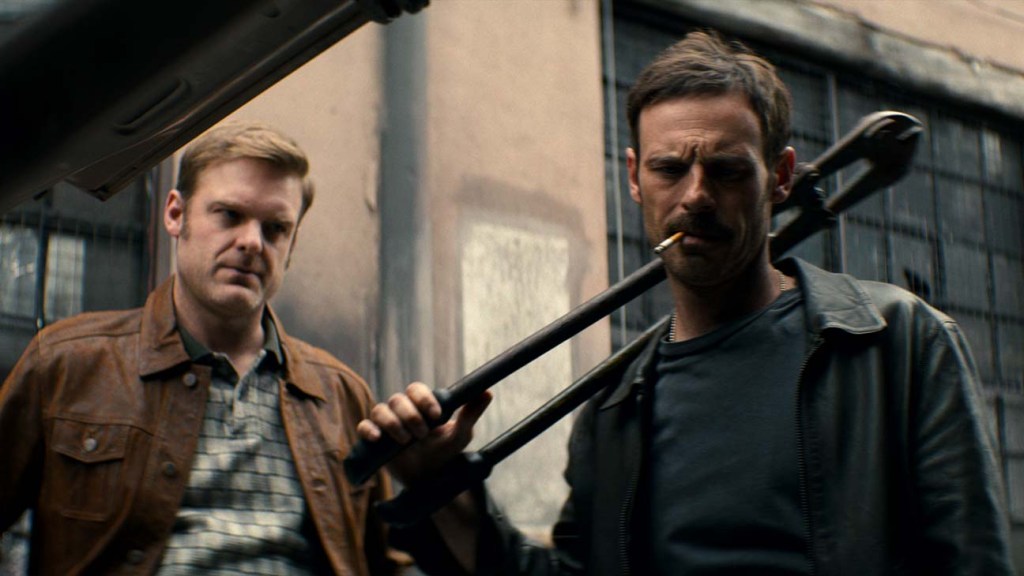 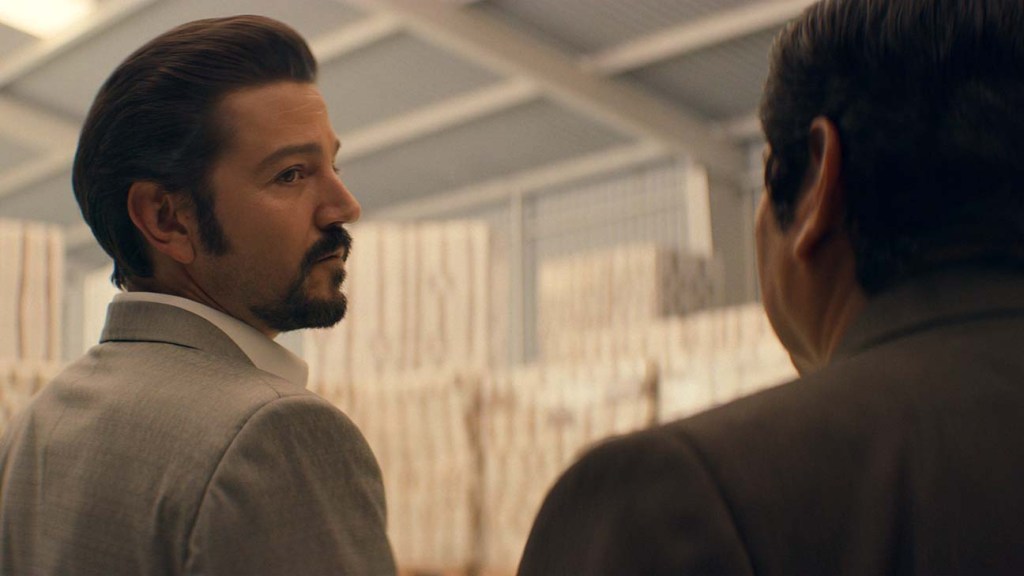 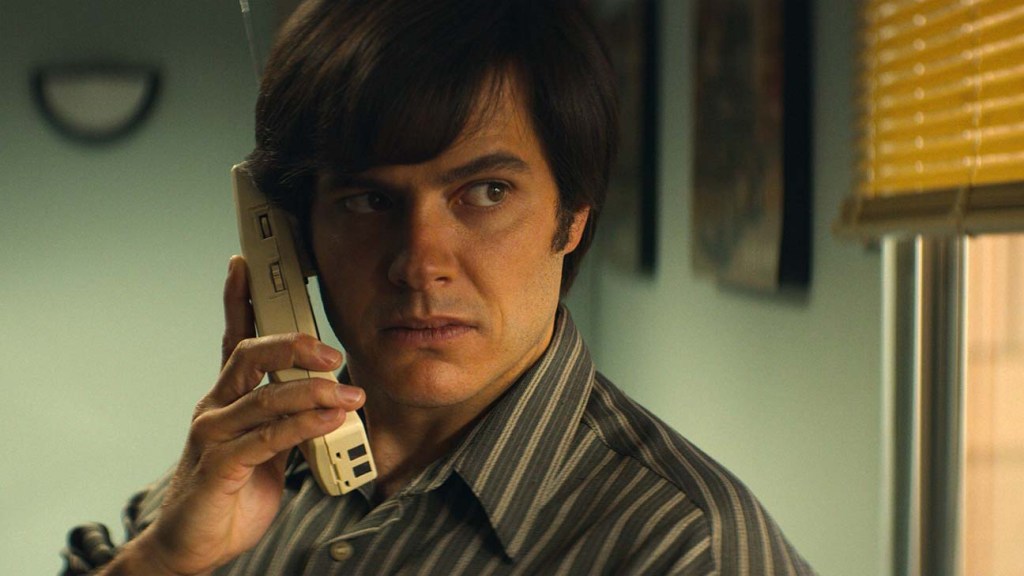 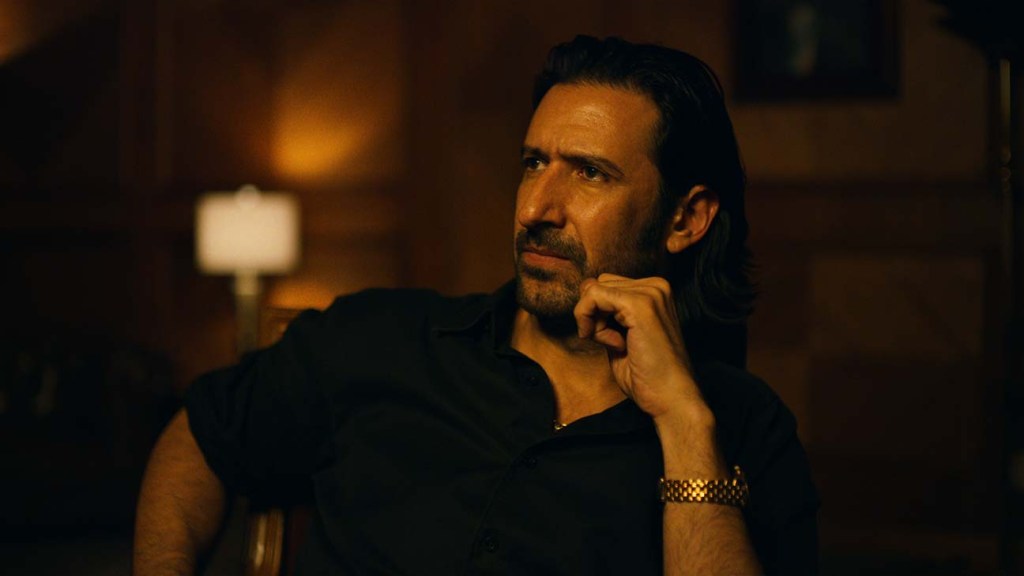 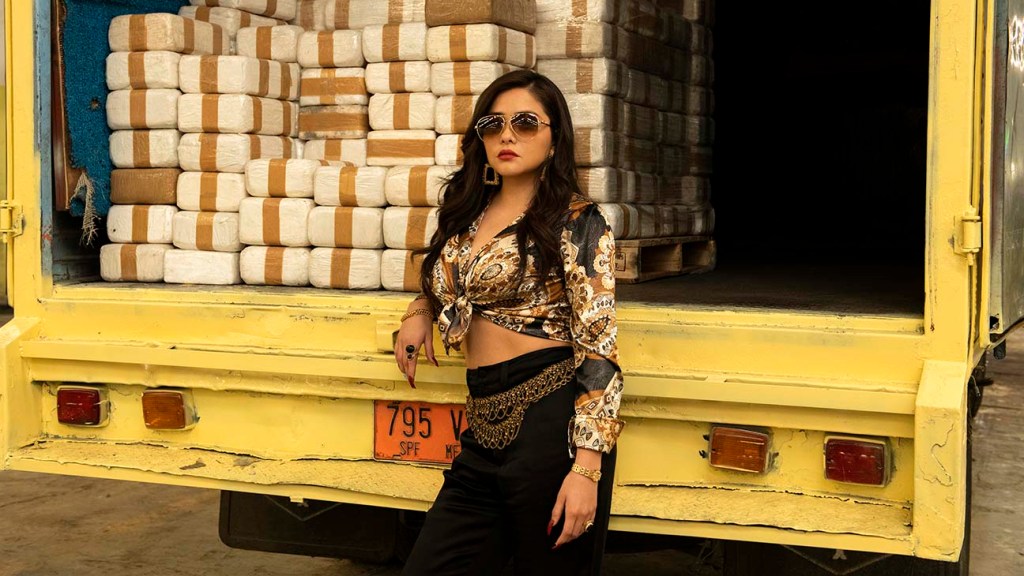 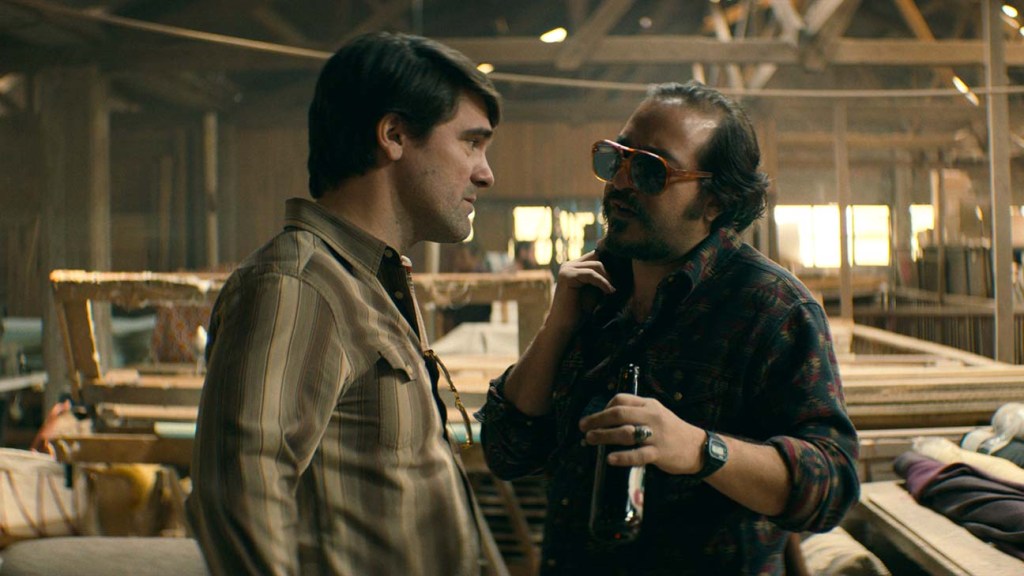 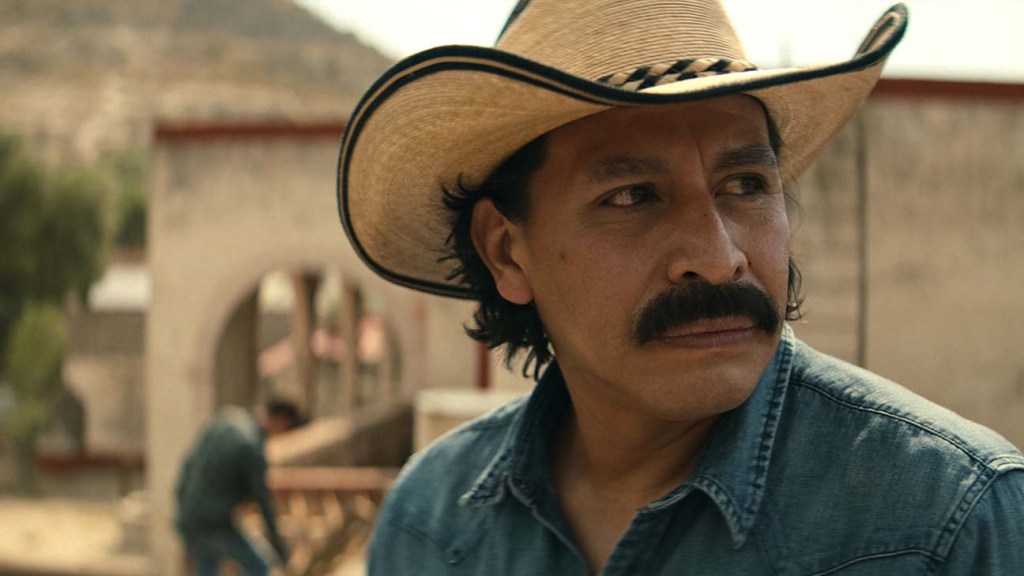 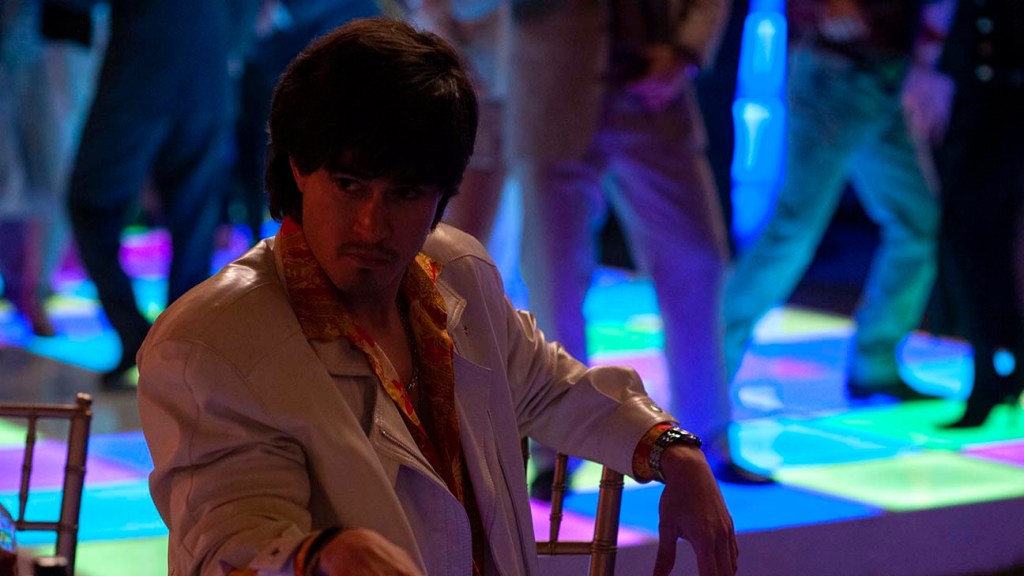 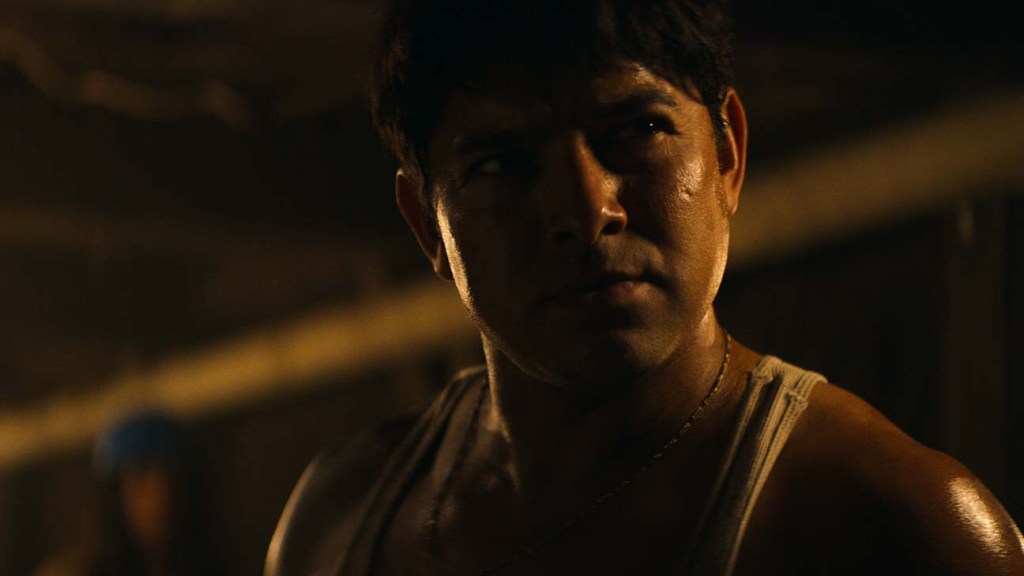