“Cocaine cartels are about succession,” says DEA agent Javier Pena (Pedro Pascal) in the teaser for the return of Narcos.

Season three of the drug cartel series will not only introduce the successor to Pablo Escobar — Wagner Moura’s famous kingpin was gunned down after a two-season manhunt — the Netflix series is also returning without half of the show’s buddy-cop duo.

Boyd Holbrook, who played the other real DEA agent on which the show is based, won’t be returning as Steve Murphy, Which is why the actor is missing from the announcement, first look photos and teaser released by Netflix on Friday. The third season premieres Sept. 1.

Netflix renewed Narcos through four seasons in order to tell the second act of its story about the war on drugs, shifting its focus to Colombia’s Cali Cartel, Escobar’s successors in the drug trade.

“The Cali cartel aided in the dismantling of the Medellin cartel and benefited by going from being No. 2 to No. 1,” Narcos showrunner Eric Newman explained to The Hollywood Reporter of his plan for the series. “There’s a revolving-door aspect to narco kingpins and we’ll certainly exploit that. From the beginning when we decided to call the show Narcos and not Pablo Escobar, I had always had in mind to tell the continuing story of cocaine.”

In the final scene of the second season, Pena is asked, “How much do you know about the Cali Cartel?”

The season synopsis from Netflix reads, “In a post-Pablo Escobar world, those final words spoken in the last season of the Netflix original series Narcos foreshadow the upcoming season’s pivot into the corrupt, powerful and wildly profitable world of Colombia’s Cali Cartel — the biggest drug lords you’ve probably never heard of. Now that the bloody hunt for Pablo Escobar has ended, the DEA turns its attention to the richest drug trafficking organization in the world: the Cali Cartel. Led by four powerful godfathers, this cartel operates much differently than Escobar’s, preferring to bribe government officials and keep its violent actions out of the headlines.”

Gilberto Rodriguez Orejuela (Damian Alcazar) returns as the leader of Cali Cartel, the “boss of bosses,” and the rest of the Kings are Miguel Rodriguez Orejuela (Francisco Denis), Gilberto’s brother and the brains behind the cartel’s rise, Pacho Herrera (Alberto Ammann), the hitman who runs the Mexican connection and international distribution, and Chepe Santacruz Londono (Pepe Rapazote), who runs the satellite NYC empire of the Colombian drug network.

This season will open up the complex and ruthless world of these new figures: Just as Gilberto announces a bold plan to walk away from the business, Pena enlists the help of American and Colombian law enforcement to take it down. “This time around, all rules have changed for the narcos and their opponents — a fact many won’t realize until it’s too late,” reads the Netflix synopsis.

Holbrook’s return to the series had long been questioned. The real Murphy, who, along with Pena, was famously responsible for taking down Escobar down, left Colombia shortly after catching Escobar. Both Pena and Murphy consulted on the first two seasons.

Holbrook, who most recently appeared on the big screen in Logan, spoke to THR about his up-in-the-air fate, saying they were still “working it out” between seasons. “Steve didn’t retire from the DEA until, I believe, two years ago,” he said. “He was very active in the DEA for a long time so I’ll leave that up to you to find out. If nothing, I think this show has an incredible opportunity now because Pablo’s not around, but that’s the really interesting thing. He was delivering drugs straight to Miami, personally. And once he died, the Cali Cartel who took over his power was like: ‘Screw this, let’s just give it to Mexico and let Mexico deal with it and get it across the border.’ And that’s the evolution of El Chapo and things like that. There’s a really great opportunity for this show to have, and that’s always been the plan for [executive producer] Eric Newman — it’s called Narcos, it’s not called Pablo Escobar.”

Murphy also narrates the series, but Holbrook was confident that the material would speak for itself: “I think there’s so many opportunities for the show to keep the aesthetic, the look, the feel and the hyper-realism.”

Boyd Holbrook on Finding His 'Narcos' Voice, Playing the "Good Guy" and Season 3

When THR spoke to the real agent, Murphy also wasn’t sure if he or partner Pena would be returning to consult. They did, however, confirm when they left Colombia: After vacationing with his wife, the Murphys moved back to the United States in June 1994. They adopted their second daughter in May before they returned. Pena left in October 1994. Escobar was gunned down on Dec. 2, 1993.

“The agent who was there when the Cali Cartel was taken down, I think you’ll see him in season three,” Murphy said. The real-life DEA agents also shed light on the difference between the hunt for Escobar and the fight to dismantle Cali. “The Medellin Cartel was the Wild Wild West and Cali was businesslike,” explained Pena of Escobar’s cartel by comparison. “They were accountants, professional money-launderers. They were more sophisticated and very different cartels. Cali moved a lot of dope and sent more to the U.S.”

Other new players in the third season include Jorge Salcedo (Matias Varela), Cali’s head of security who prioritizes his wife and kids’ protection over his bosses; previously announced DEA agents Chris Feistl (Michael Stahl-David) and Daniel Van Ness (Matt Whelan), who enter the operation with enthusiasm and inexperience; Franklin Jurado (Miguel Angel Silvestre), the cartel’s money launderer who unknowingly puts his wife, Christina (Kerry Bishe) in mortal danger; and David Rodriguez (Arturo Castro), Miguel’s oldest son, who is reluctant at first to take a leading role in the cartel structure.

Check out first look photos from season three, along with the first official trailer, below and head here for all of THR‘s Narcos coverage. 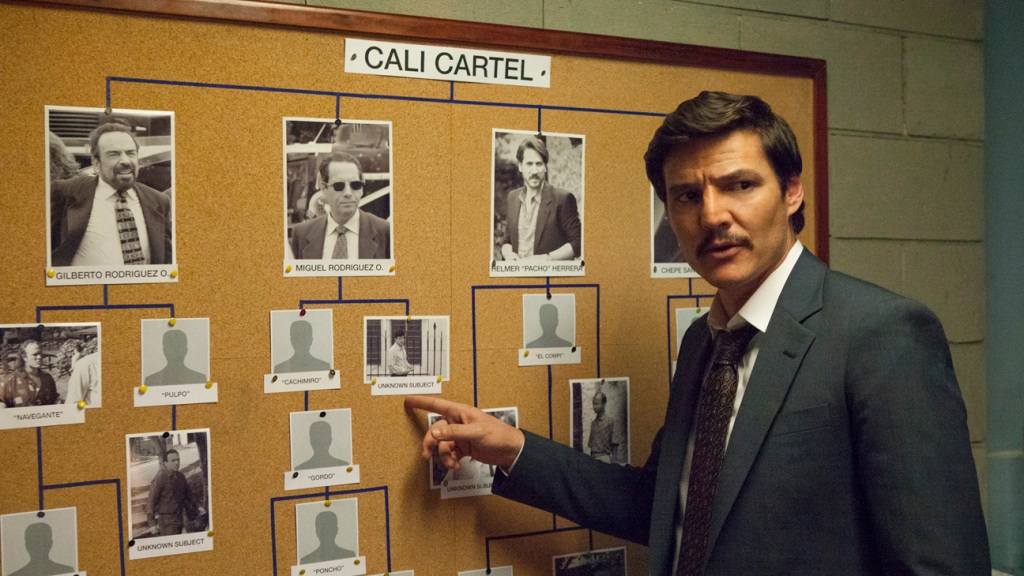 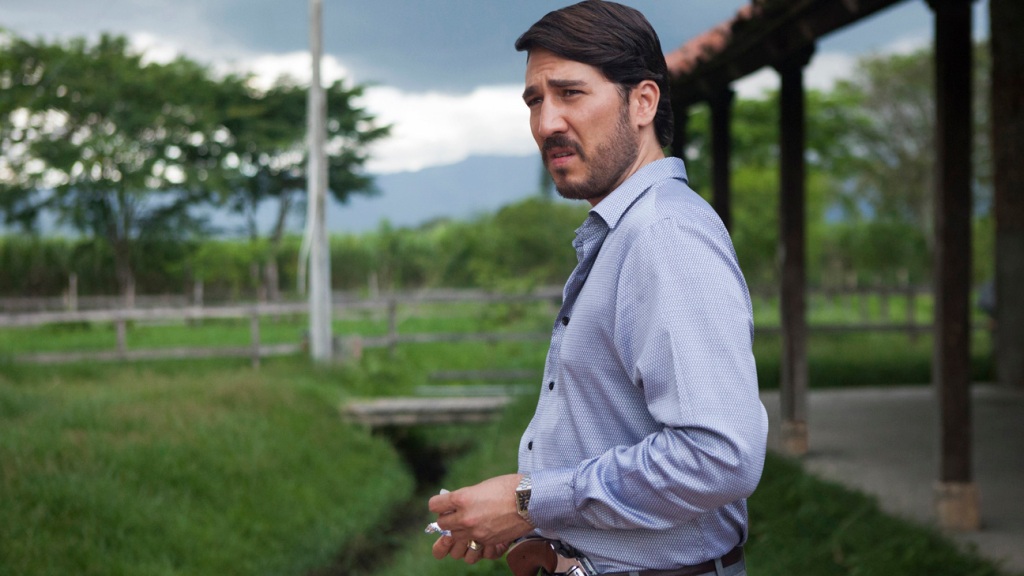 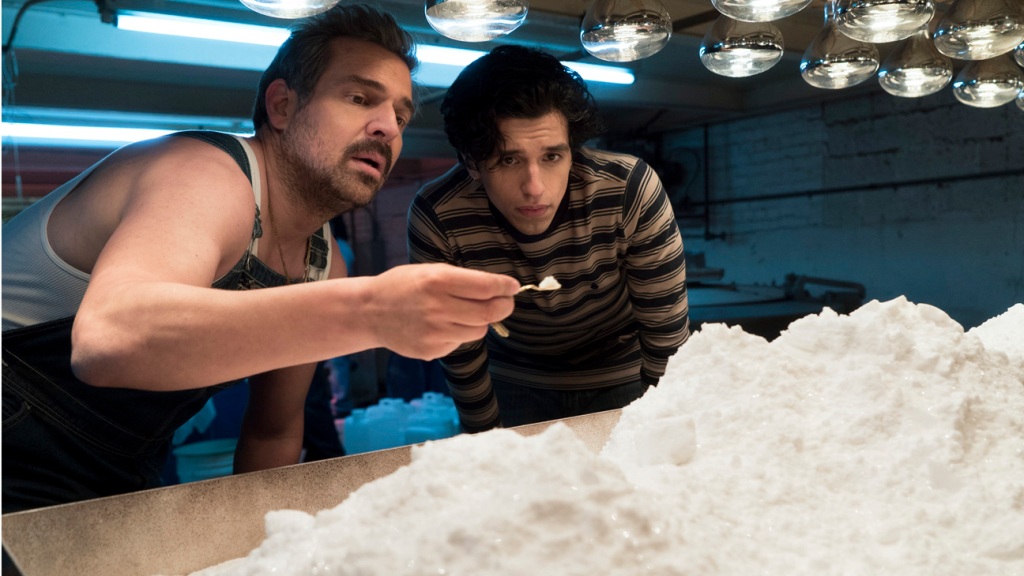 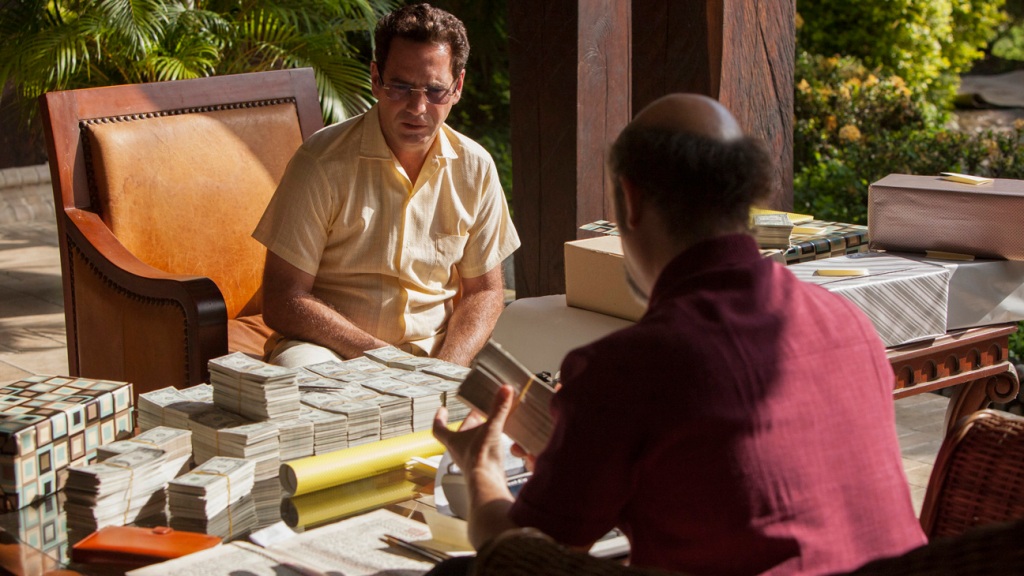 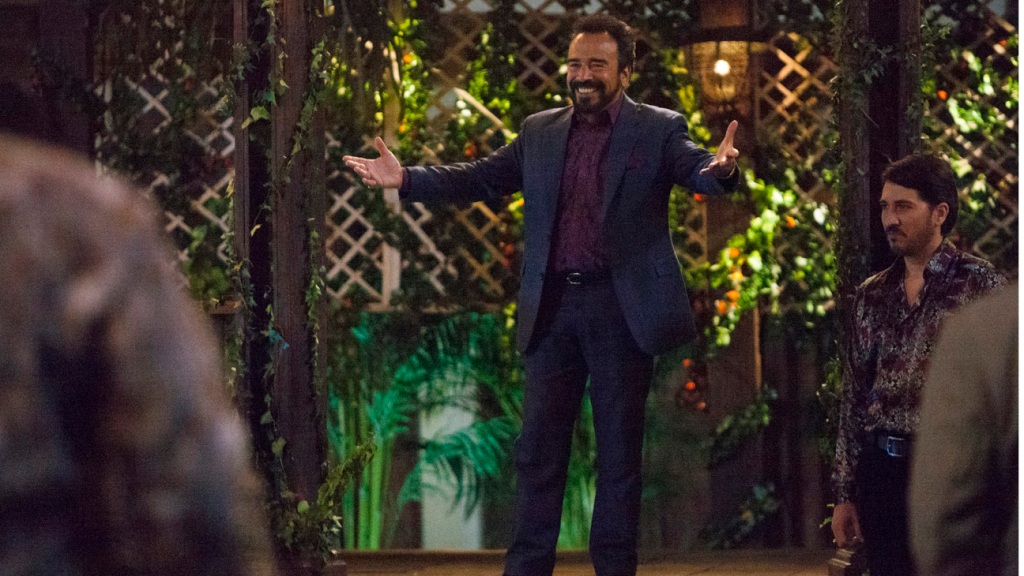 'Narcos' Renewed for Third and Fourth Seasons at Netflix

Boyd Holbrook on Finding His 'Narcos' Voice, Playing the "Good Guy" and Season 3