If NBC is looking for a silver lining to the messy fallout from Gabrielle Union’s America’s Got Talent dismissal, at least time is on the network’s side.

The network’s investigation into Union’s accusations of racial insensitivity and toxic culture at AGT comes three months before production on the top-rated competition’s next cycle is scheduled to begin — and no one familiar with the situation predicts a swift completion to the investigator’s scheduled interviews. “It’s not a shortlist of people,” one insider tells The Hollywood Reporter.

Spinoff AGT: Champions, which does not feature Union, returns Jan. 6, and all seven episodes already are in the can. A March start of production for the flagship series’ 15th season means breathing room for some resolution to the inquiry and, key to the network, time to find replacements for Union and fellow fired judge Julianne Hough. Expected to return are judges Howie Mandel and creator-judge Simon Cowell.

NBC, CBS and Fox Ink Media Deals Worth $8B With Big Ten After Athletic Conference Poaches USC and UCLA

As for Cowell, the acerbic 60-year-old Brit has been in the U.K. filming The X Factor as he’s borne the brunt of public criticism — former judges Howard Stern and Sharon Osbourne claim he fosters a “boys’ club” on the show — and enlisted Hollywood litigator Larry Stein to help him navigate the probe.

But sources insist he is not at the center of the investigation, which covers NBC, producer Fremantle, Cowell’s Syco Media and, in particular, day-to-day producers. All interviews are being handled by one investigator, sources say, the same third party retained by NBC to mediate its “productive” five-hour Dec. 3 sit-down with Union and Fremantle’s North American COO Suzanne Lopez.

At least one anecdote points to issues that predate Union. Echoing reports that Union, 47, was told her hairstyles were “too black,” multiple sources tell THR of a 2016 incident at AGT in which former host Nick Cannon was pressured not to wear a turban on the live finale. He did, and it ended up being his last episode before he quit in 2017. “It’s a control thing,” says one party familiar with the circumstances, “but there’s a definite disconnect with more urban culture.”

Cannon, who has remained silent on the Union matter, previously alluded to the turban incident during his 2017 comedy special Stand Up, Don’t Shoot — the same one that prompted his quitting AGT over alleged blowback for his use of the N-word. “I wore a turban on that motherfucker,” said Cannon, who still occasionally sports the headpiece as host of Fox’s The Masked Singer. “It’s my constitutional right to dress like an old white lady if I want to.” 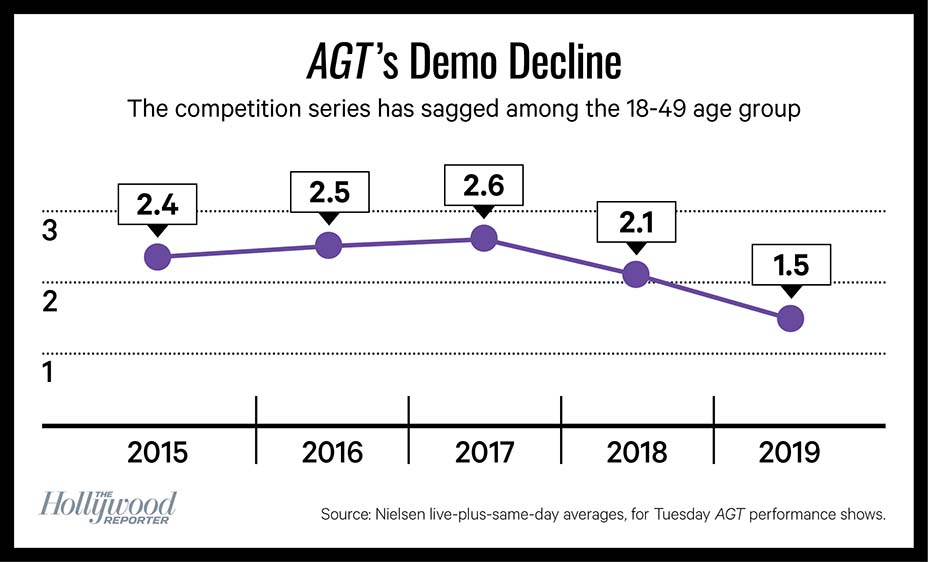