Netflix is launching a new advertising campaign that shines a light on the industry’s hardest-hit workers.

The streaming service is rolling out new ads around Los Angeles on Tuesday morning that spotlight crewmembers from its various shows and films. The spots run May 19-31 in various locations around Los Angeles county, including 17 billboards and more than 100 bus shelters. The ads will include faces and names of select crewmembers, along with a hopeful message: “You will work in this town again.”

Since the spread of COVID-19 shuttered productions and left thousands in the industry without a paycheck, Netflix has set up a $150 million hardship fund to support the town’s essential workers. The marketing campaign is meant to work in conjunction with that fund by showing support for the folks behind the camera who wouldn’t typically see their faces on a billboard.

The campaign is made up of three different ads, each featuring behind-the-scenes shots from two different original Netflix projects. The first highlights Kira Kelly, a cinematographer on the streamer’s limited series Self Made, starring Octavia Spencer, as well as a few members of the Ozark crew: camera and steadicam operator Ben Semanoff (who also directed an episode of the show), dolly grip Mark Catania and boom operator Jared Watt.

Though Netflix has been able to resume production in certain foreign territories like Iceland and South Korea that have taken different approaches to the outbreak, the streamer’s U.S. productions have been halted since mid-March. The company, like all the major studios and guilds, is working to develop new safety protocols that will keep cast and crew safe on sets once production is able to start back up again.

Netflix isn’t the only streamer to get creative with its marketing during the pandemic. Amazon converted its “For Your Consideration” billboard plans into a “For Your Community” campaign aimed at promoting COVID-related nonprofit organizations. Its billboards are currently live in Los Angeles, drawing attention to organizations such as Feeding America, Save the Children, the American Red Cross, World Food Programme and the World Health Organization. 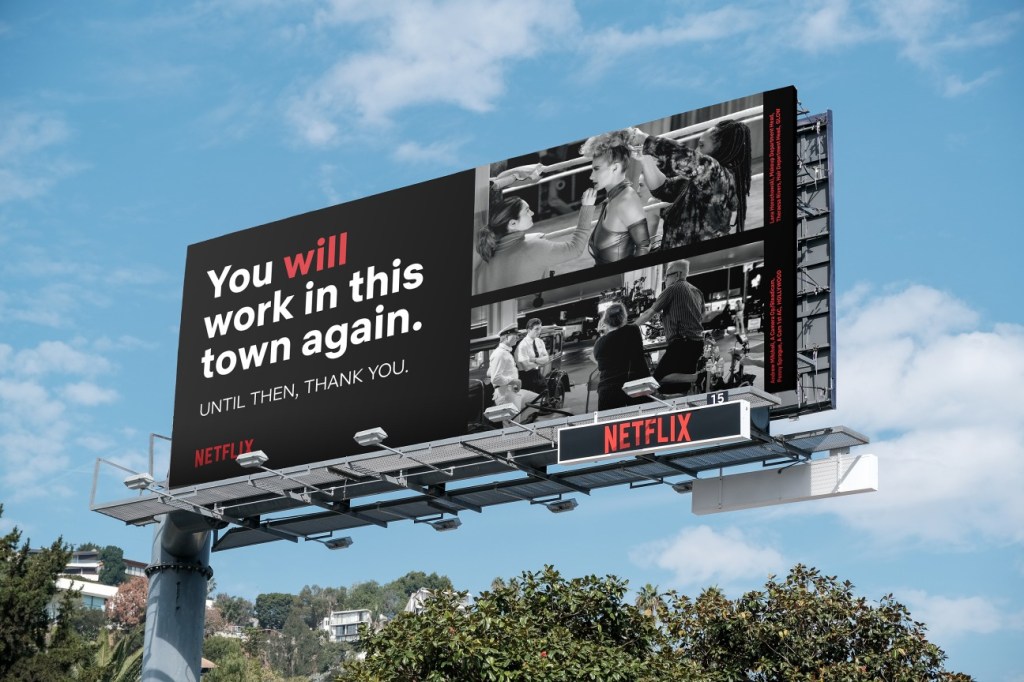 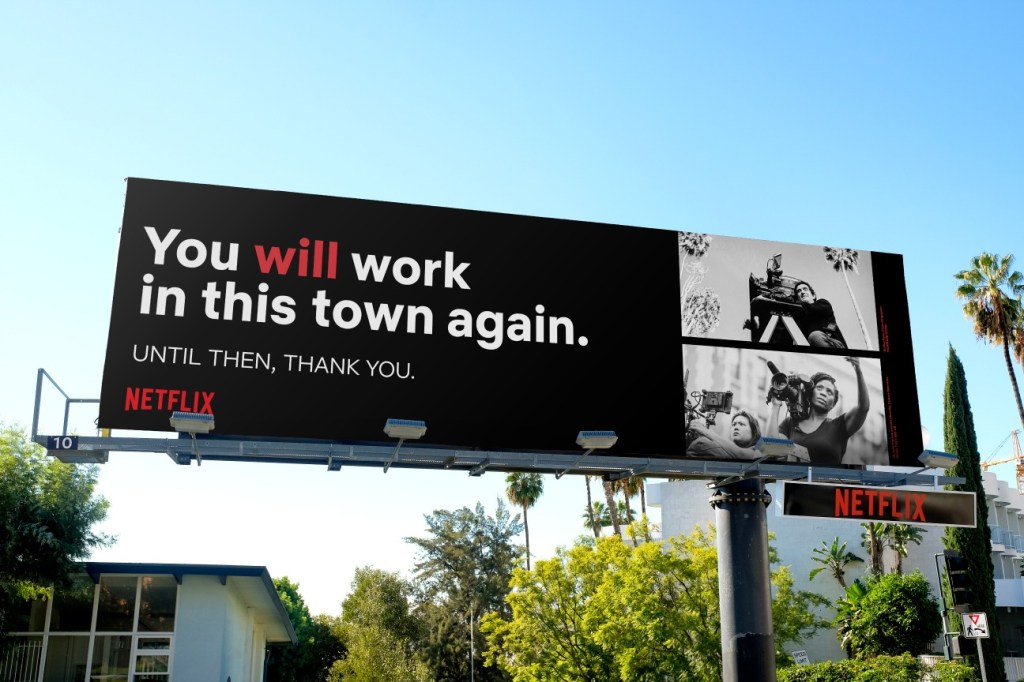