Netflix’s unprecedented global expansion — the streaming giant now has more than 152 million subscribers, the majority of them outside the U.S. — has been accompanied, almost unnoticed, by a similarly unprecedented push into dubbing.

Netflix’s research shows viewers who stream a series dubbed into their own language are more likely to finish it. The majority of viewers worldwide for Netflix’s German-language mystery series Dark, and the Brazilian dystopian drama 3%, watched dubbed versions.

To meet the dubbing demand, Netflix has ramped up its operations. It currently works with some 125 facilities worldwide to dub into and out of some 31 languages.

But, as with any show, the real magic is in the casting. For its marquee series, Netflix matches up the world’s premiere voice actors with its on-screen talent. The Hollywood Reporter spoke to five dubbing actors — from India, Japan, Spain and Russia — about the challenges of being the foreign voice of a global star.

Takako Honda, the Japanese voice of Sandra Bullock as Malorie in Bird Box 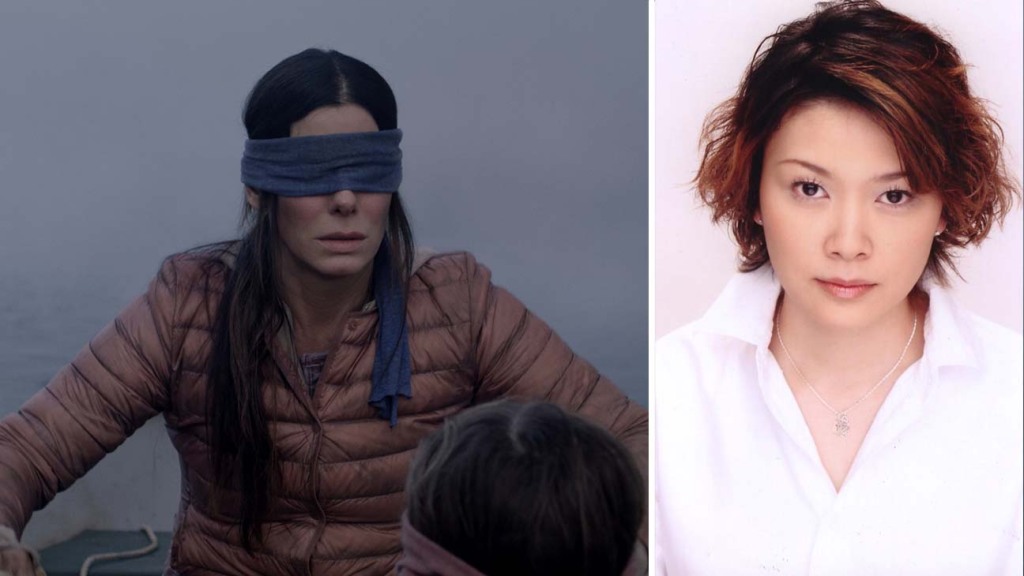 The Tokyoite is the go-to voice actor for kick-ass female roles, whether it’s Milla Jovovich in the Resident Evil films, Charlize Theron in Mad Max: Fury Road or Lena Headey as Cersei Lannister in Game of Thrones. Honda has dubbed Sandra Bullock several times before, including in Ocean’s 8, so she was an easy pick for Netflix to dub the star in Susanne Bier’s sci-fi horror film Bird Box.

When dubbing in Japanese, in order to come as close to the performance, we have to adjust our lip movements and dialogue length to match the character. Because of this, it can be challenging to fit in the necessary dialogue, as you may have to squeeze in more words than the original English. This is especially challenging in scenes when a character’s life is in danger. You must speak very quickly while also making the dialogue sound as realistic as possible for someone in her situation.

I’ve been lucky enough to have children of my own, so the opening scene that showed Malorie’s cynicism and uncertainty about life with her children was really interesting. The most difficult scenes were when the main characters were blindfolded, so I would say the entire story was challenging. Even though we could see, we had to act as if we were blindfolded in our performance.

Is there anything subtly different about your version of the character?

I didn’t make any conscious effort to change my performance. However, my version of Malorie may have sounded more dramatic than Sandra’s.

What is your favorite thing about the character or the original actor?

I really liked the indifferent, deadpan humor of Sandra Bullock’s character throughout the film.

Have you have ever been “voice recognized” — had a fan recognize you based on your voice?

I don’t think I’ve ever been “voice-recognized”, but whenever I’m with friends and my voice comes on a TV program, I feel a bit embarrassed. Fortunately, we are usually so busy chatting they don’t even realize it’s my voice. (Laughs)

Toshi Sinha,  the Hindi voice of Robin Wright as Claire Underwood in House of Cards 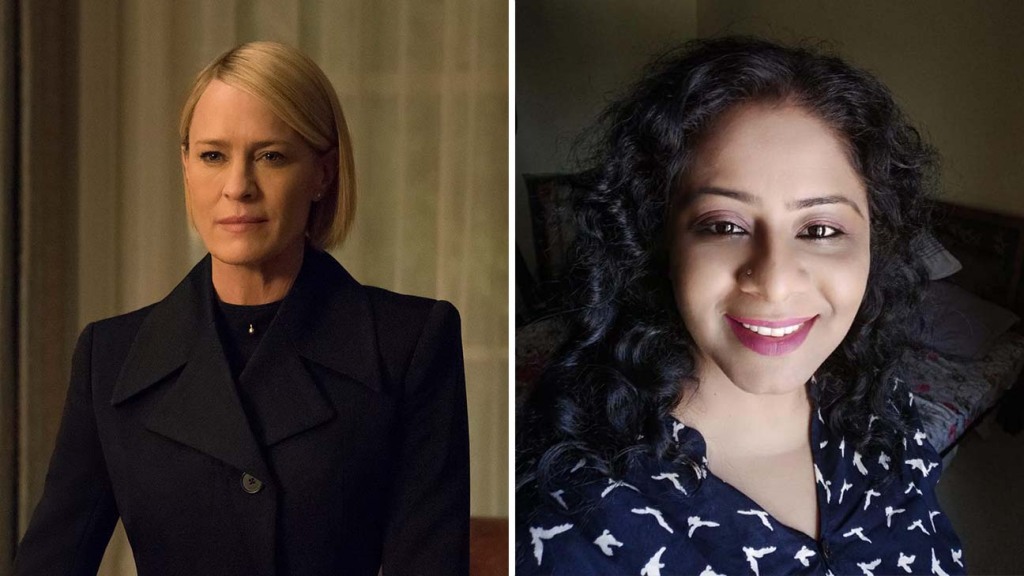 One of India’s best-known dubbing artists, Toshi Sinha has lent her voice to numerous U.S. productions, voicing Hilary Duff in Lizzie McGuire and Raven-Symoné in That’s So Raven for Disney Channel India or translating into Hindi Natalie Portman’s performance in the Thor films. In the Hindi version of Netflix’s House of Cards, she plays Robin Wright’s character, the ambitious and ruthless Claire Underwood.

To “reach your audience.” We speak many languages in India. I have friends who can speak English but still prefer the Hindi version because it is more relatable, with the references and local humor.

Frankly, I cannot pick a scene; the whole series is intriguing. But the scenes where Claire Underwood is giving speeches, addressing the nation, those really needed special attention and hard work.

What is your favorite thing about the character, and the original actor?

Have you have ever been “voice recognized” — had a fan recognize you based on your voice?

Oh yes, many times. I was at the bank and the girl at the counter looked up, confused. She said, “I know this sounds very weird, but your voice reminds me of this fantastic show that I used to watch [as a kid], That’s so Raven.” I smiled and said yes, that was me. Oh goodness, the way she screamed with joy. The show has been off air for years now, but people still remember my voice. When somebody recognizes me by my voice, it feels great. I think to myself, job well done. 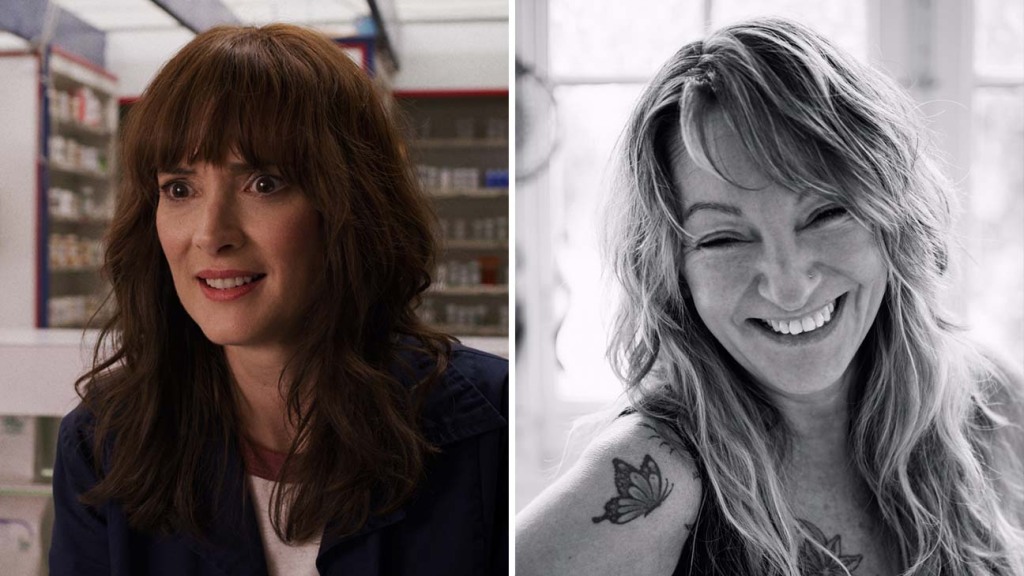 Nuria Mediavilla has been the Spanish voice of Cate Blanchett in The Lord of the Rings, Cameron Diaz in the Shrek movies and dubbed Christina Applegate into Spanish for Bad Moms, as well as being the voice of Angelina Jolie in Spain for decades. It was all superb preparation for the maternal combination of comedy and courage Winona Ryder brings to the role of Joyce Byers in Stranger Things, Mediavilla’s latest role.

Specifically in regard to Stranger Things, because of all the issues of security, we honestly often have to work with terrible copies. We’re often working with a copy that you can hardly see anything on, with watermarks or with non-definitive copies. The truth is, it’s increasingly hard to do our job in these conditions…. I understand we’re just a small link in the chain and there might not even be an awareness that this makes our job so much more difficult, but it’s impossible to play a character that you don’t see.

What message would you like to give Netflix about this?

That they pay more attention to knowing what conditions things arrive for dubbing and look for solutions.

You’ve been working in the sector for more than 40 years. Do you have a favorite character or a favorite actress that you’ve dubbed?

If I had to come up with one actress, it would be Angelina Jolie…. We’re around the same age so we have sort of grown up together, we’re talking about half a life. You evolve together and walk a parallel path. It’s nice. 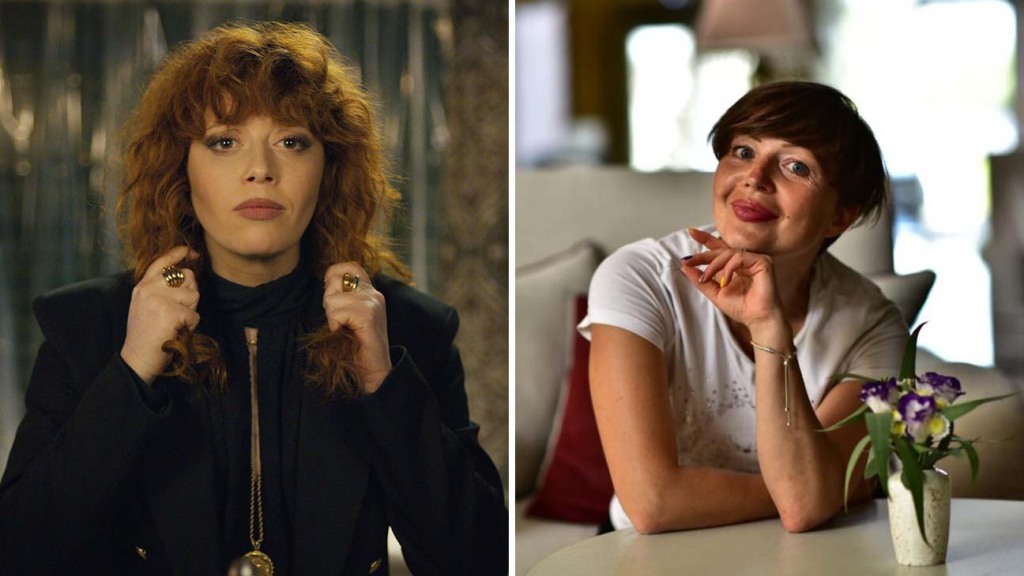 A classically trained theater actress — she started her career at Moscow’s acclaimed Maxim Gorky theater — Tatyana Shitov is one of Russia’s most prolific dubbing artists, with credits on more than 100 films, series and video games. Voicing Natasha Lyonne’s wry, wisecracking Nadia Vulvokov in Netflix’s surreal comedy Russian Doll proved less of a challenge for the veteran voicer than a delight “the heroine is dazzling — beautiful and gorgeous,” Vulvokov says of her U.S. counterpart.

Honestly, I don’t think there were any major challenges. It isn’t as if it was a person from an African tribe speaking some archaic dialect few understand. For us [Russians and Americans], people of common cultures, I don’t see anything that challenging in making a person of one country speak the language of another.

Is there anything subtly different about your version of the character?

I think we work so scrupulously…we had castings so the characters, the actresses, closely matched, taking all the possible nuances into account, including voice timbre and the essence of the character. We try in no way to distort the performance of the original actress or her delivery. The  Russian dubbing tradition is to respect the director’s intent and original actress’s personality. I always try to follow the heroine, the chosen actress, so even if she made some particular micro-pauses in some particular places, we try to keep this pattern of hers. Because if she does it, it happens for a reason; it has a long backstory. We try to keep everything [and] not ad lib, but deliver the material as it was intended originally.

What is your favorite thing about the character or the original actor?

The heroine is dazzling — beautiful and gorgeous. Honestly, though, she is not my type. I was engaged in the story itself, which makes us wonder: why do things happen as they do in life? Why do we keep making the same mistakes? And it’s great that life always gives us a chance and at every point of your life you just, bam, and you change, and you leave this cycle. And you move on to other cycles.

Have you have ever been “voice recognized” by a fan?

There’s a funny story: I was on stage, performing, I was the lead. I went through every possible emotion. I take my bow. Then a young man approaches to give me flowers and says: “You voiced…” and names a part and a movie. I was baffled and shocked. I was recognized not for my talent on stage but for my talent in dubbing. Sometimes it’s the other way around. I am invited on a show and they say: “You voiced this and this.” And then we continue talking and in the end they say: “Are you sure it was really you?” I have many faces and like to try different things. I am not a one version of a character but many. 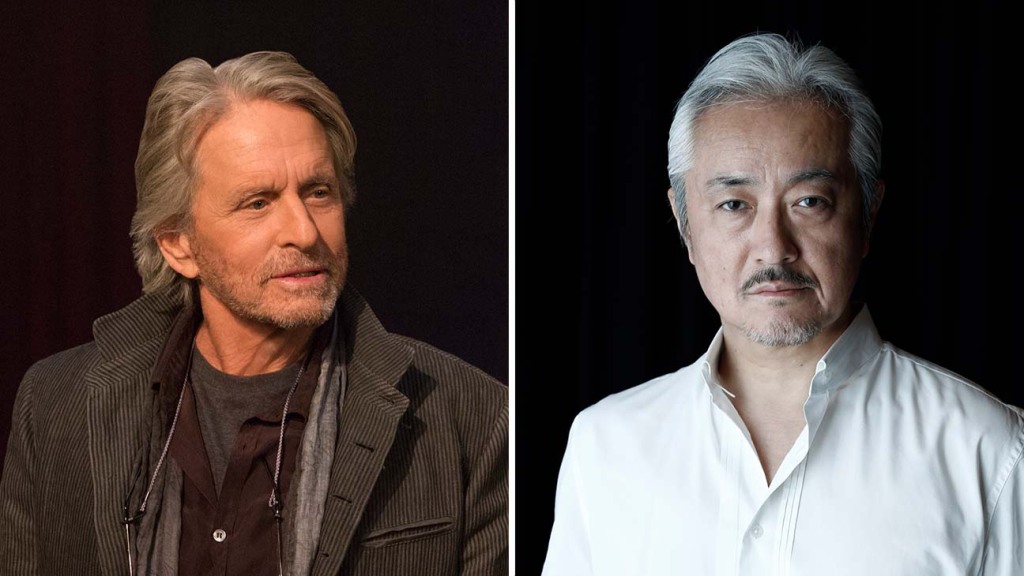 Veteran film, theater and voice actor Yamaji Kazuhiro was an interesting choice to dub Michael Douglas’s character in Netflix’s best-agers comedy The Kominsky Method. Kazuhiro made his name voicing the tough guy in Hollywood films — he has dubbed all of Jason Statham’s characters in Japanese since Lock, Stock and Two Smoking Barrels; done 14 Russell Crowe films, including Gladiator and American Gangster; and has lent his distinct masculine growl to roles originally performed by Hugh Jackman, Sean Penn, Al Pacino and Christoph Waltz. But Kazuhiro can also play funny. One of his most beloved roles was voicing Jeff Bridges as The Dude in The Big Lebowski.

What was the most challenging thing about adapting the original performance into your language?

It’s obvious that my voice doesn’t have the same tone as Michael Douglas’.

When the wife of his best friend passed away. It was really hard.

What is your favorite thing about the character or original actor?

My favorite thing about the character is how he keeps a very delicate distance with his best friend whose wife has passed away. Also, I would like to give Michael Douglas a big applause for his performance as “a regular guy.”

Have you have ever been “voice recognized” by a fan?

Once as I was chatting with a taxi driver, he suddenly braked and asked, “You are ‘so and so’, aren’t you?” I said: “Be careful, you’re driving!”

Jennifer Green in Madrid contributed to this report.

Interviews have been edited for length and clarity.